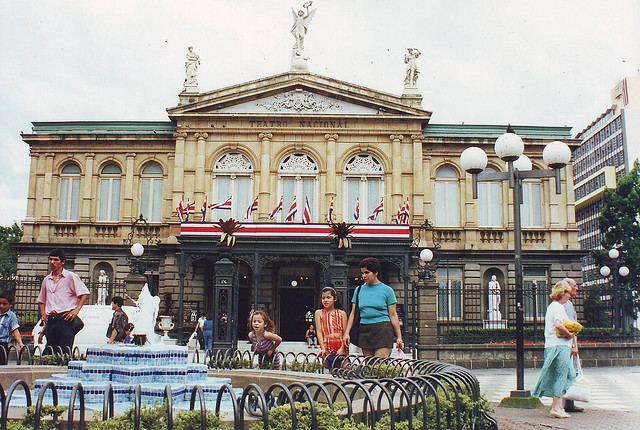 The small Central American country of Costa Rica is of course internationally famous as a beaches, adventure travel, and ecotourism powerhouse, drawing millions of visitors per year to its shores, rain forests, and various regions. The one place here visitors have bothered with all less so over the years is its capital, San José – long knocked as rather grubby, dumpy, and with few attractions truly special enough to hold people’s attention.

But there have always been a few choice cultural nuggets to merit at least an overnight in Chepe (as the city’s nicknamed), and furthermore, these days things are changing – and by the way under its very first female mayor, no less. One recent emblem of that is this year’s unveiling of a new $21-million Jade Museum, a major upgrade of its previous incarnation that is now the foremost of its kind in the world (now that, for example, is special enough). And recently even as weighty an observer as the Financial Times tipped San José as one of Latin America’s “cities of the future”.

There’s history here, for example, and many of the key landmarks of this city founded in the 18th century you’ll find in the downtown core with the 1871 Metropolitan Cathedral at its centre, a neoclassical affair with a column-lined portico and some fairly elaborate stained glasswork; other notable churches in the centre include the neo-Gothic Church of La Merced (1894), La Soledad (Our Lady of Solitude), and the Iglesia de la Dolorosa (Virgin of the Sorrows, 1946).

The true heart of the city, amid the downtown bustle (such as it is) is the Plaza de la Cultura. As locals and tourists hang out or scurry about in the square above, underneath it’s another world, both dark and shiny. For here you’ll find the Precolumbian Gold Museum, displaying more than 1,500 pieces crafted by the peoples of what is today’s southern Pacific coastal areas. Right across from here is the Plaza Juan Mora Fernández, home to the country’s most distinguished building, the Belle-Époque Teatro Nacional (top) which you can visit either just for a peek or for a performance of the National Symphonic Orchestra. Across the way, the Gran Hotel Costa Rica is a grande dame classic dating from the 1930s whose restaurant offers some tasty fine dining (in the evening, with lovely views of the illuminated nearby theatre). Finally, several blocks eastward up the hill from here, you’ll also want to take in the National Museum, housed in the mustard-colour fortress that was once the headquarters of the national army that was abolished after the 1948 civil war.

Other notable such institutions include an appealing Children’s Museum (an inmate of the onetime national jail, a yellow castlelike building) and the Museum of Costa Rican Art (at the former national airport, avgeeks!) where you’ll discover some of the remarkable accomplished national fine artists of the 20th and 21st centuries. Culture is also bubbling more than ever in the capital these days, with one of its top centres the Teatro Popular Mélico Salazar, where the public flocks to see performances by the national dance and theatre companies.

Public spaces worth visiting include the Plaza de la Justicia, with its distinctive sculptural sphere and pyramid; the Mercado Central, a large covered market that’s a fabulous maze where you can watch local shoppers in action and find some interesting crafts as well; and parks such as La Sábana, the city’s largest, and the Japanese-style Okayama. If you’re here on a Sunday, also check out the main drag Paseo Colón and its extension, Avenida Central, where in order to promote ecological awareness vehicular traffic now disappears every Sunday in favour of bicycles, skates, and good old-fashioned hoofing it.

And finally, another of San José’s newest attractions is its Barrio Chino (Chinatown), about 12 city blocks inaugurated in 2012 (no, there are not huge numbers of Chinese in San José, but it was pushed and funded by the government of mainland China, so, you know…).

So now that you know all this, I guess I have to ask: Do you know the way to San José? (Check out Iberia’s flights below!) 😉