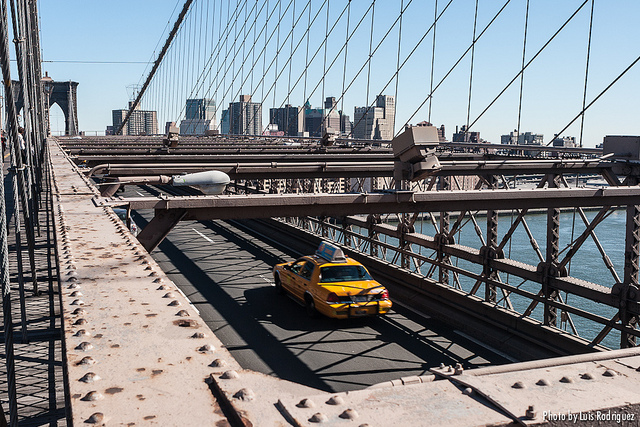 The Big Apple boasts a great public transportation system both above and below ground, but when you’re visiting, there are times when cabs are called for. But how pricey are they? What should you keep in mind when taking taxis in New York? And why are they yellow, anyway? I’ll try to answer these questions and more.

Especially in comparison to other large U.S. cities such as San Francisco, Los Angeles, Boston, Miami, and Las Vegas, New York City cabs are relatively inexpensive.  Check out the following list of rates and you’ll see what I mean:

The above rates don’t include tip, which is not required, but everybody does it, and it is customarily 15 to 20 percent.

A note worth making about taxis to and from area airports is that in one case, John F. Kennedy International Airport, the fare to and from Manhattan is a fixed $52 (to other boroughs such as Brooklyn, Queens, and the Bronx, it’s variable according to the taximetre. Fares to LaGuardia Airport to/from Manhattan will run between $30 and $40, while out to Newark Airport in New Jersey they will be $50 to $70.

Apart from the issue of fares, here are some key things to know:

Not so mellow yellow. They call it “canary yellow,” that banana-bright hue that makes New York City taxis stand out so. And that’s exactly the point. In the 1960s there was such an explosion in the number of cabs both legal and unofficial that in 1967 was decided to have the legal ones painted the immediately recognisable yellow of the iconic Checker cabs that had been in circulation since 1952.