If you’ve ever ridden aboard an Airbus A320 (40 of which Iberia operates on short- and medium-haul flights), you may have heard a strange noise upon takeoff or landing. Some describe it as the barking of a dog; others like the sound a saw makes. In any case, it is a sound that, far from warning of problems, tells us that everything is in order. The source is the aircraft’s power transfer unit (PTU), and here’s what it does – and why it makes that sound.

The 3 Hydraulic Systems of the A320

First a bit of background. Every aircraft has three hydraulic (pressurised-fluid-driven) systems – designated green, blue and yellow – designed to route power to move different parts of the plane: the ailerons, the flaps, the landing train, the brakes, and so on. They’re the muscle of the plane, so to speak, and are controlled from the cockpit.

Each of these systems is able to deploy an energy of 3,000 psi (pound of force per square inch). They’re independent – well partly, since they do share functions between them to be able to provide support in case one of them experiences difficulties, the remaining systems can continue to operate unimpeded. This is what as known as redundancy of systems.

Each hydraulic systems has its own reservoir of hydraulic fluid necessary to function. Both green and yellow have their respective fire shut-off valve so that in case of operational problems, they isolate the reservoir from the rest of the system. And both systems are pressurised through their respective engine driven pumps, which are engaged only when the engines are in operation. Furthermore, the yellow hydraulic system also has an electric pump that’s only activated when the plane is on land, and with a manual, used by airport ground personnel to open the cargo hold doors. 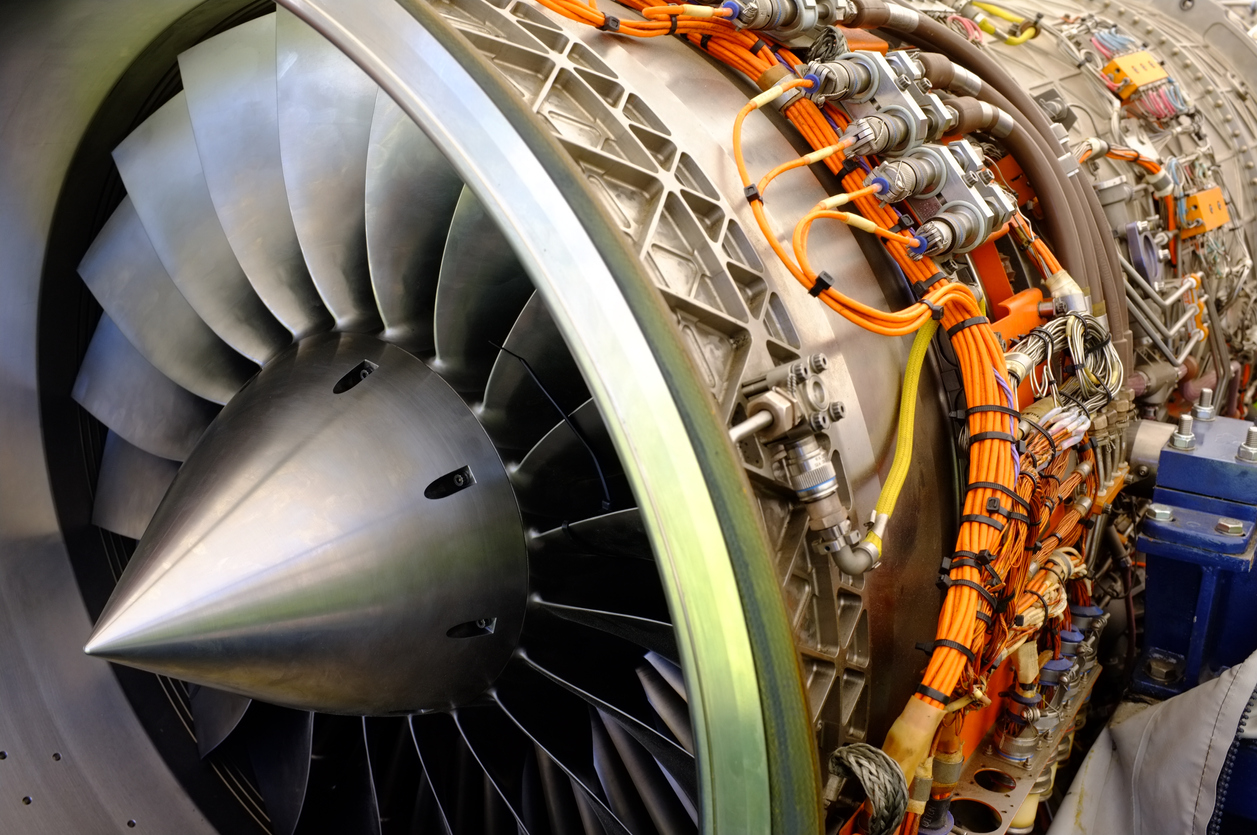 Where the PTU Comes In

The power transfer unit – also known as energy transfer valve – is the bridge that connects the green and yellow systems with each other, responsible for sending pressure to the opposite system if there is a difference equal to 500 psi between them. As soon as the plane is on land or has the brake activated, said PTU is inhibited. That characteristic sound occurs when a automatic check of this valve is made upon starting the engines, and it comes immediately after the on the second of the two plane engines. It’s purely routine.

In the blue hydraulic system, not connected to the PTU, the usual or main pressure source is the electric pump (which the yellow system also has), with the impact air turbine lending an assist. These types of turbines generate electricity when the blades rotate due to the air flow produced by the plane’s own speed. However, in the yellow and green systems the main system is the aforementioned engine-driven pump that each one has. And the auxiliary is the PTU that both share.

The PTU, which is a hydraulic pump, transfers power to the system that needs it when, as we said above, the pressure differential reaches 500 psi. There’s no need for the crew to take action, since it’s automatic as as soon as it detects this differential. The PTU acts by applying pressure, but without the reservoirs of both systems being mixed – that is, it sends the necessary energy to the system that needs it and receives the hydraulic fluid of each of the engines, but in isolation.

Nonetheless, when the PTU undergoes its auto-check, it does so in a vacuum, and that’s when you hear that very particular “sawing” sound.

Another Fun Fact about the A320

This is the class of aircraft we usually baptise with the names of spots of touristic interest, such as Timanfaya (a national park on Lanzarote in the Canary Islands), Sierra de Grazalema (a mountain range and national park in Cádiz), Mar de Ontígola (a nature reserve in the Madrid Community), and even the Guggenheim Museum (Bilbao).