We live in a world where sustainability now enters into nearly every equation. This includes air transport, although aviation is responsible for less than 3 percent of global carbon dioxide emissions (while agriculture, for example, is responsible for about 18 percent). The fact remains that transport is still a major CO₂ emitter, and reducing these emissions is both a responsibility and a challenge.

And that challenge is starting to become a reality: Iberia is the world’s second-ranked airline when it comes to reducing CO₂ emissions on long-haul flights, according to a report by independent aviation consultancy IBA Insight. Iberia has reduced emissions by 17 percent per seat/kilometre on long distances – which are, of course, the ones that lack practical travel alternatives. One of the keys to this success is the Airbus A350, the most efficient aircraft model on the market, which has become one of our airline’s major additions.

How have we become one of the leaders in this decarbonisation movement? Some key factors include raising awareness to reduce plastics and other waste, training the entire team in this area, research, sensible use of fuels, and fleet renewal, including the A350. 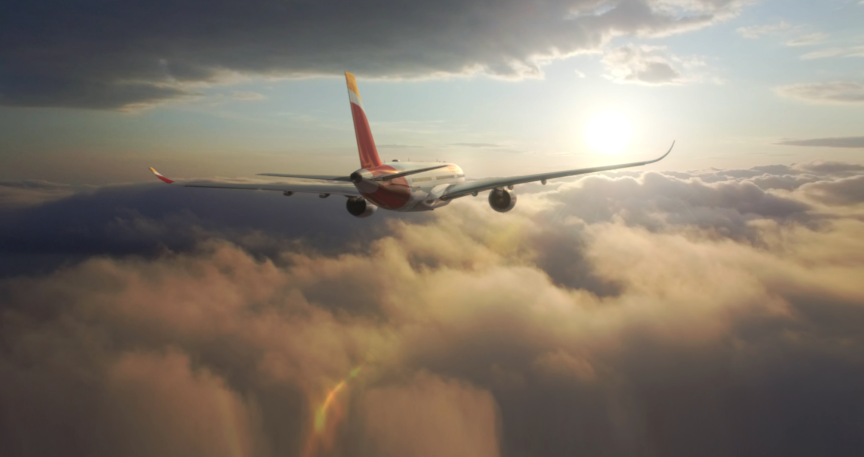 Much More than an Efficient Aircraft

What makes this Airbus aircraft model so special?

Built with the most advanced materials on the market, the A350 is made of composite materials (53 percent), an aluminium-lithium allow (19 percent), titanium (14 percent), steel (6 percent) and the remaining 8 percent of other materials. Aluminium is lightweight and has high thermal and electrical conductivity; it’s also corrosion resistant and very strong.  Titanium has properties that make it resistant to corrosion, as well as deformation and extreme temperatures. Composite materials are chosen for their light weight, tensile and compressive strength, and non-corrosiveness.

Sustainability is often associated with the loss of a certain degree of comfort. On the contrary. Among other features, the A350 cabin boasts wider aisles, larger luggage compartments, an efficient air-renewal system, and panoramic windows.

Both the A350s and the also-long-haul A330s, are twin-engine aircraft, which is another major contributor to CO₂ emissions reduction. The A350 engines are Rolls Royce Trent XWB‘s, whose advanced design not only makes them extremely powerful, but also generate less noise and are environmentally friendly.

For example, the XWB-84 enigne has saved more than 10 million tonnes of CO₂ emissions, an amount equivalent to supplying electricity to nearly two million homes for a year. According to Airbus, this model has been developed to reduce fuel consumption by up to 25 percent.

The use of sustainable aviation fuel (SAF) is also becoming more widespread, including on the Airbus A350. This past June Iberia inaugurated its first long-haul flights with this fuel, which was produced in Spain by processing organic waste, therefore reducing their carbon footprint Furthermore, Iberia, a member of the IAG Group, has committed to operate at least 10 percent of its flights with SAF by 2030 and to achieve net climate neutrality by 2050. 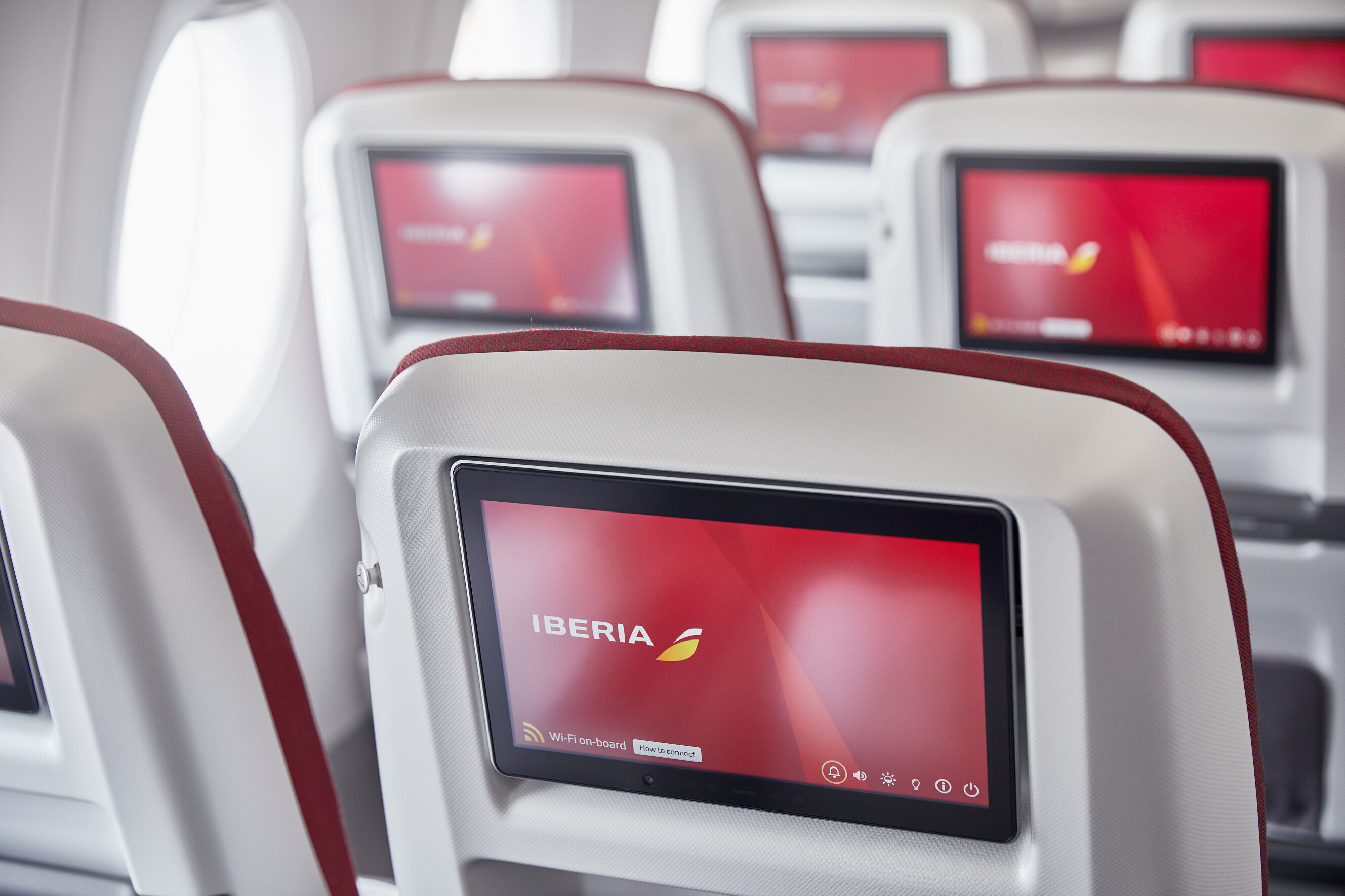 The fact that Iberia has become the second most-sustainable long-haul airline in the world is, as we said above, the result of a set of practices. One of them, of course, is the addition of 12 A350s to the fleet. In addition to having this model, it has other aircraft, such as the A330, which are more efficient and sustainable than conventional aircraft. Beyond this, there are several other steps that the company has taken: