To travel in an aircraft brings opportunities that people rarely consider. For example, not many have watched the launch of a rocket ship from space. Indeed, I’m willing to bet that such a privilege has been confined to the astronaut crews of the International Space Station, or ISS. 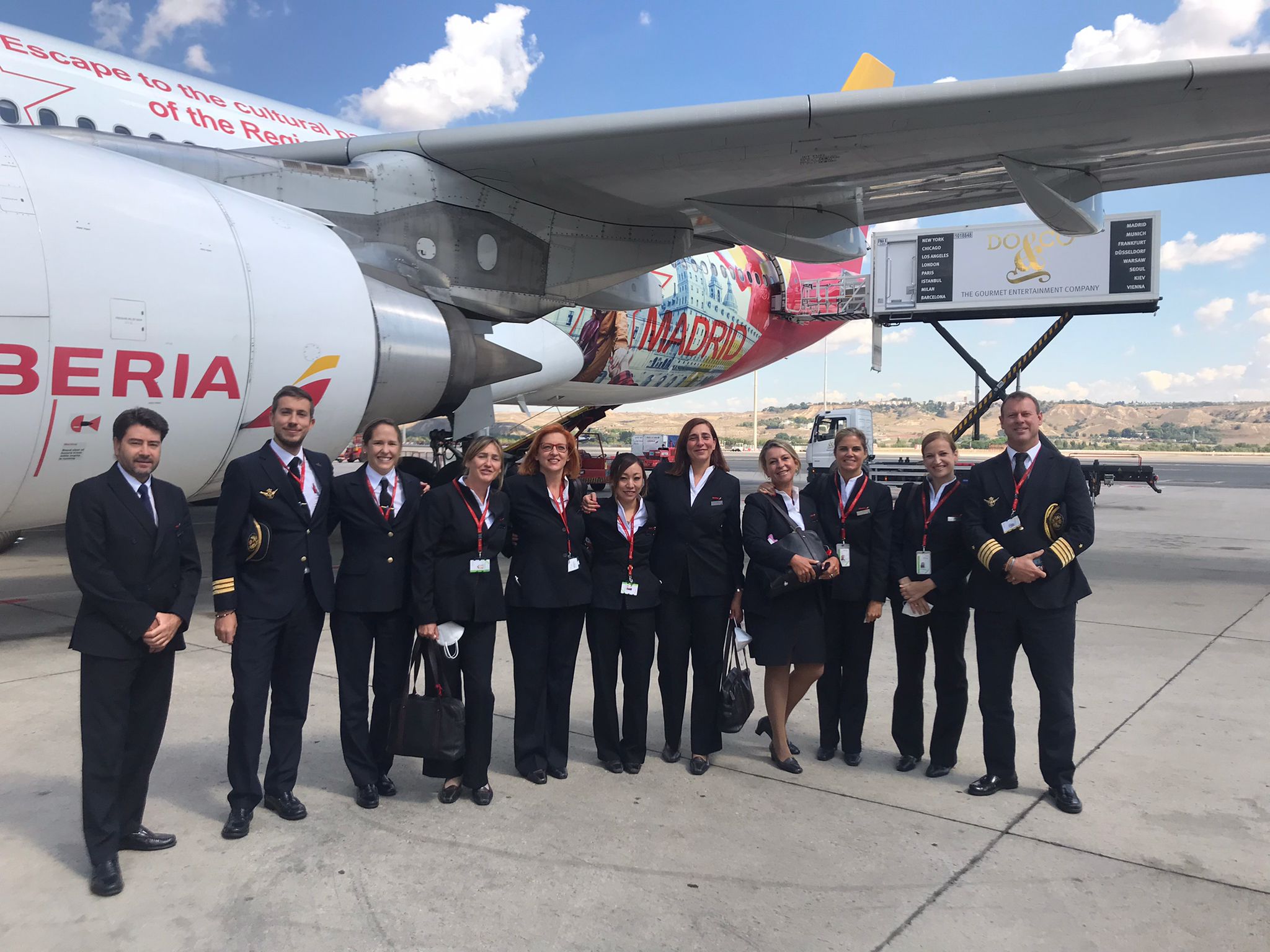 But on 16 September, 2021, the captain of Iberia flight IB6621 from Madrid to Havana, as well as other members of the crew, and any passengers still awake, had ringside seat for witnessing the launch of the SpaceX company’s mission called Inspiration4.

At 00:02:56 hours GMT, at the Kennedy Space Center in Florida, the nine rocket engines of the Falcon 9 rocket were ignited to launch a very unusual payload into orbit. The space ship Dragon Resilience was carrying four U.S. civilians who would spend three days and nights orbiting the Earth making history. They completed their journey with a perfect splashdown  in the Atlantic off the Florida coast on 18 September.

It was an historic occasion not only as the first space flight with no professional astronauts –though the four were trained for the mission during the previous six months– or for reaching an orbit higher than that of the ISS– but as a mission led by a multimillionaire with an altruistic motive –to command the public’s attention in order to raise fund for research at the St. Jude Children’s Hospital in Memphis, Tennessee.

The photos and video taken by the Iberia captain are very dramatic and show fascinating details of the launch sequence. The Iberia  plane happened to be in just the right place at just the right time. Only two minutes after launch, the Falcon 9 rocket fell away and the second stage was ignited. The photographs show the fiery wake of the second stage rocket engines that would take the passenger module into orbit some 585 km above the Earth..

The first stage of the SpaceX propulsion system is designed to land on a seagoing barge, which takes it back to shore where it can be used for future missions. The video shows how the nine Merlin rocket engines of the second stage are ignited gradually and intermittently to control the speed and trajectory.

What are your chances of seeing a rocket launch on your next intercontinental flight? All I can say it that they are improving every day, and you may get lucky!

But I’ll bet you didn’t know that when you book a night flight you are purchasing a front-row seat for viewing the universe.

The gas envelope around the Earth called the atmosphere protects us from the most harmful solar radiation and from cosmic radiation that can be lethal –the atmosphere is what makes terrestrial life possible. Indeed, when astrobiologists search for signs of life on the planets of other solar systems, they only bother with the planets that have atmospheres.

But we astronomers hate the atmosphere because it impedes our view of the stars we wish to study. The “twinkling” of the stars we see at night is caused by the atmosphere. With the exception of visible light and radio waves, most types of radiation, including infrared, ultraviolet, X rays, and Gamma rays, are absorbed by the atmosphere –luckily for us! But the stars –distant “suns” in space– also emit radiation, which can tell us a lot about their physical properties. That’s why celestial observatories are built at high elevations where the atmosphere is thin, and in dry and cold areas like Antarctica, and why telescopes are mounted in aircraft or balloons, or even satellites. All to avoid that troublesome atmosphere!.

So, when you’re cruising through the night sky at 38,000 feet –about 12 km– you’re higher than any observatory, and higher than the troposphere –the atmospheric layer where clouds form and the worst distortions of incoming light occur– which means you are in a privileged position for viewing the cosmos in all its glory. And yet, you don’t have to worry about harmful radiation, since the highest-energy ionising light on the spectrum from ultraviolet to gamma rays has already been absorbed by the upper atmosphere, letting only some harmless infrared through.

To get better acquainted with the cosmos, remember to choose a window seat next time you take a night flight. When the cabin lights have been turned off, and your eyes are used to the dark, and you have a blanket or sweater over your head to block reflections, take a good look at the sharp details of the moon, planets, and the non-blinking stars. See if you can spot the Andromeda galaxy,  just beneath the Cassiopeia constellation, whose “W” shape makes it easy to recognise.

To be honest with you, as a professional astronomer and a mother of two little girls, if I can’t sleep on my next night flight I’ll try to catch up on some of the films for people older than seven that I’ve missed. But I will definitely glance out of the window from time to time in case I spot a rocket launch. 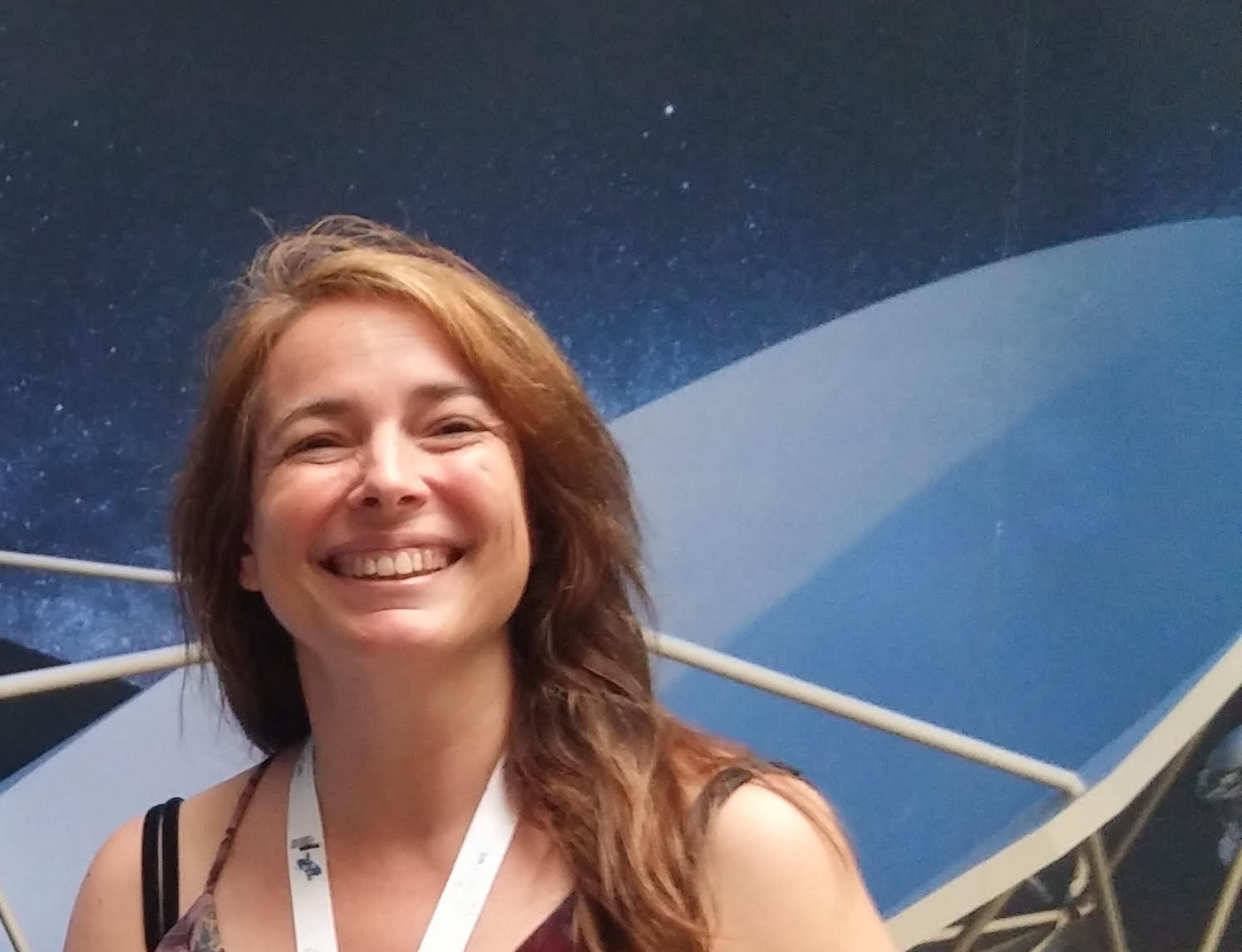 García Miró  is an astronomer who works as the Yebes Observatory in Guadalajara, Spain.