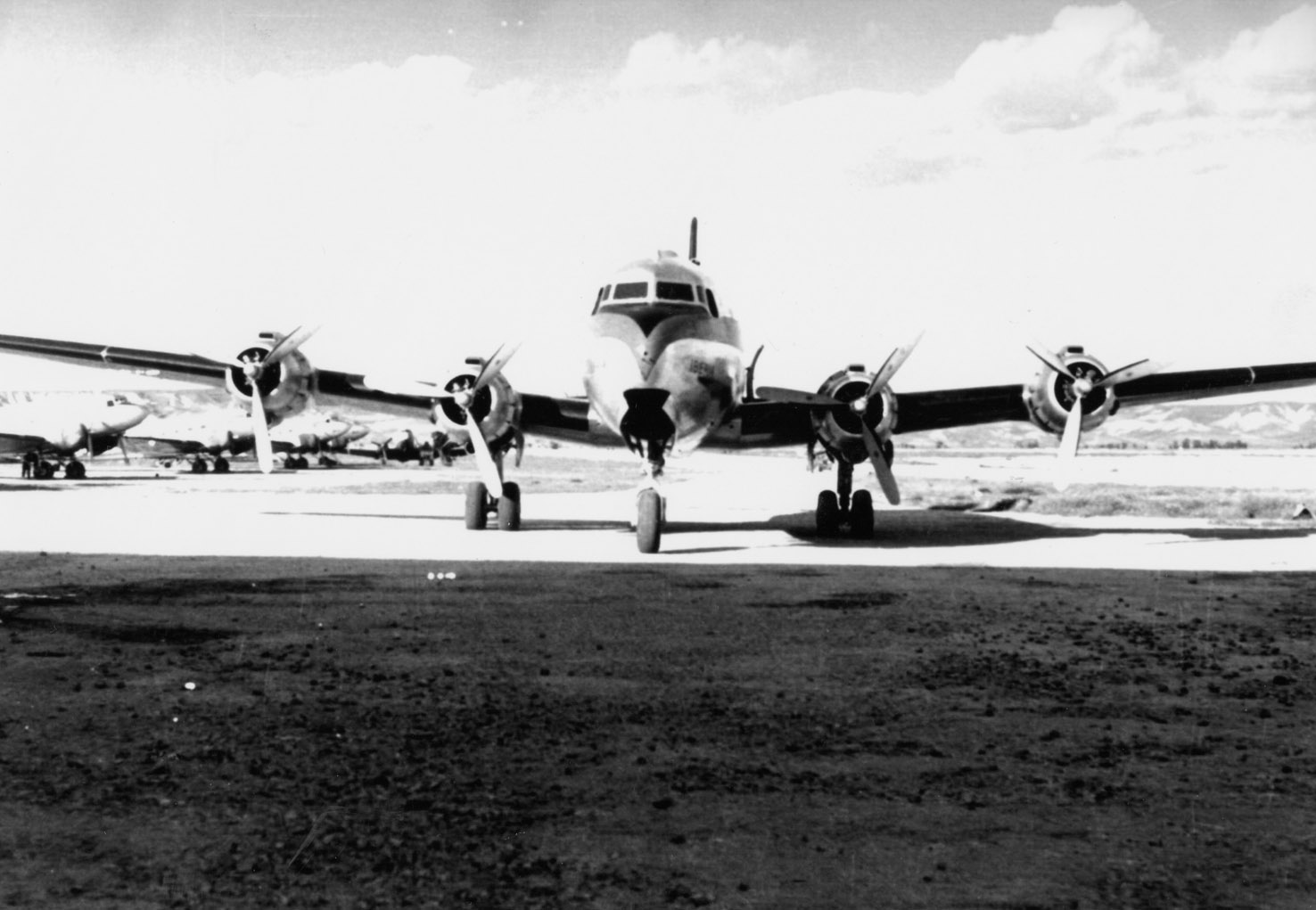 The 22nd of September 1946 was a red-letter day, for on that date Iberia became the first European airline to offer scheduled service to Latin America, flying Douglas DC-4s.

This four-engine propeller plane was an exponent of advanced aviation technology at the time, with the first fuel tanks in the wings, and the first retractable “tricycle” landing gear which greatly enhanced the aerodynamics of the fuselage.

The low-wing airliner had an all-metal shell, and the fuselage was nearly circular in section. The DC-4 also boasted auxiliary power units, electrically-assisted flight controls, and a pressurised, air-conditioned cabin.

The empennage design, featuring a central tail-fin and rudder, and elevators at the extremes of the horizontal stabiliser, enabled the aircraft to fit in the hangars then available, while also providing enough vertical control surface to allow take-off using only two engines on a single side. The aircraft was powered by four Pratt & Whitney R-2000 Twin Wasp radial piston engines set in pods on the wings and pointing slightly outward.

Although the DC-4 was equipped with 44 seats, on the earliest flights only half were sold and the remaining space was used to carry spare parts, tools and maintenance equipment. It was also used as sleeping quarters for flight crews.

The spare parts were offloaded at all the airports on the route for use if needed. 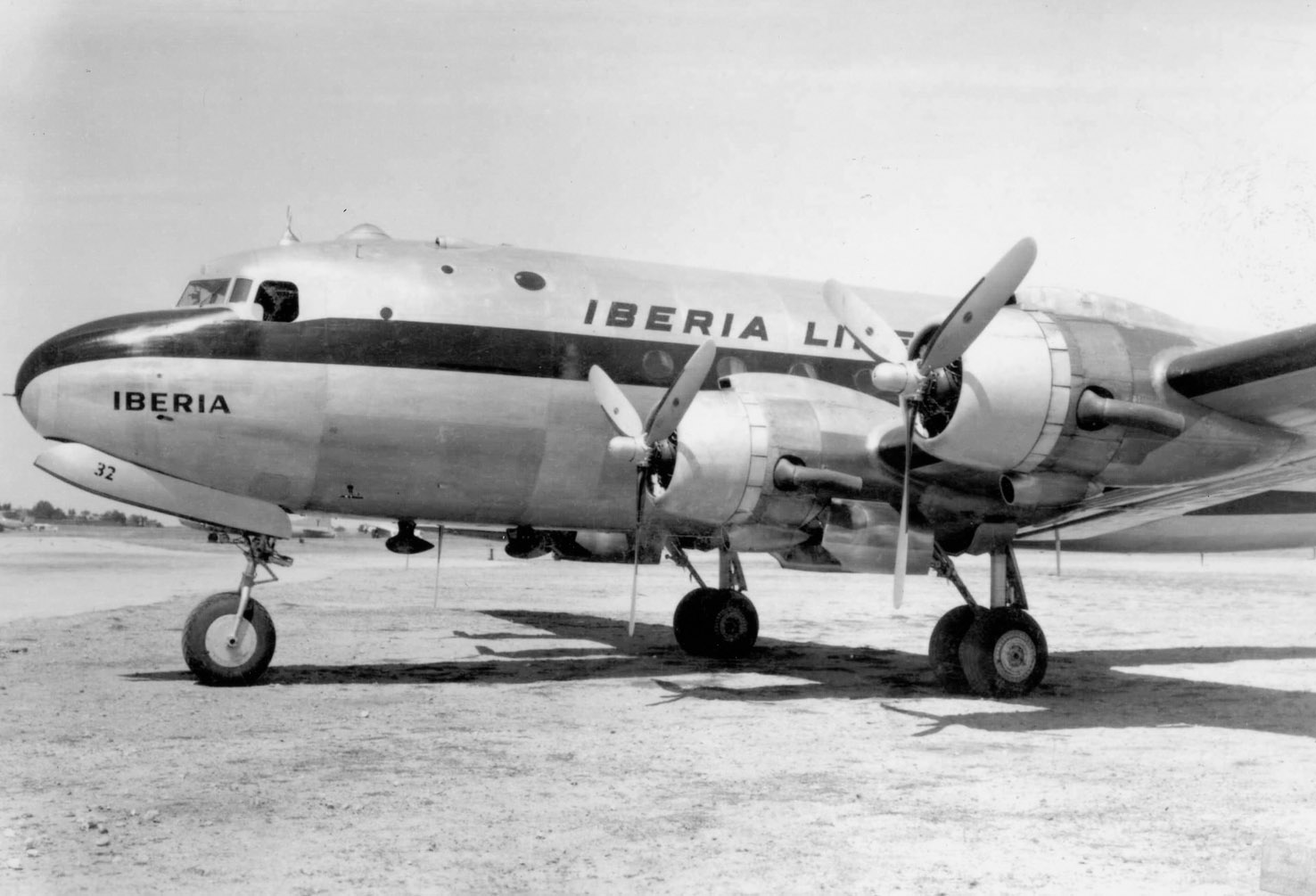 The DC-4 by the Numbers 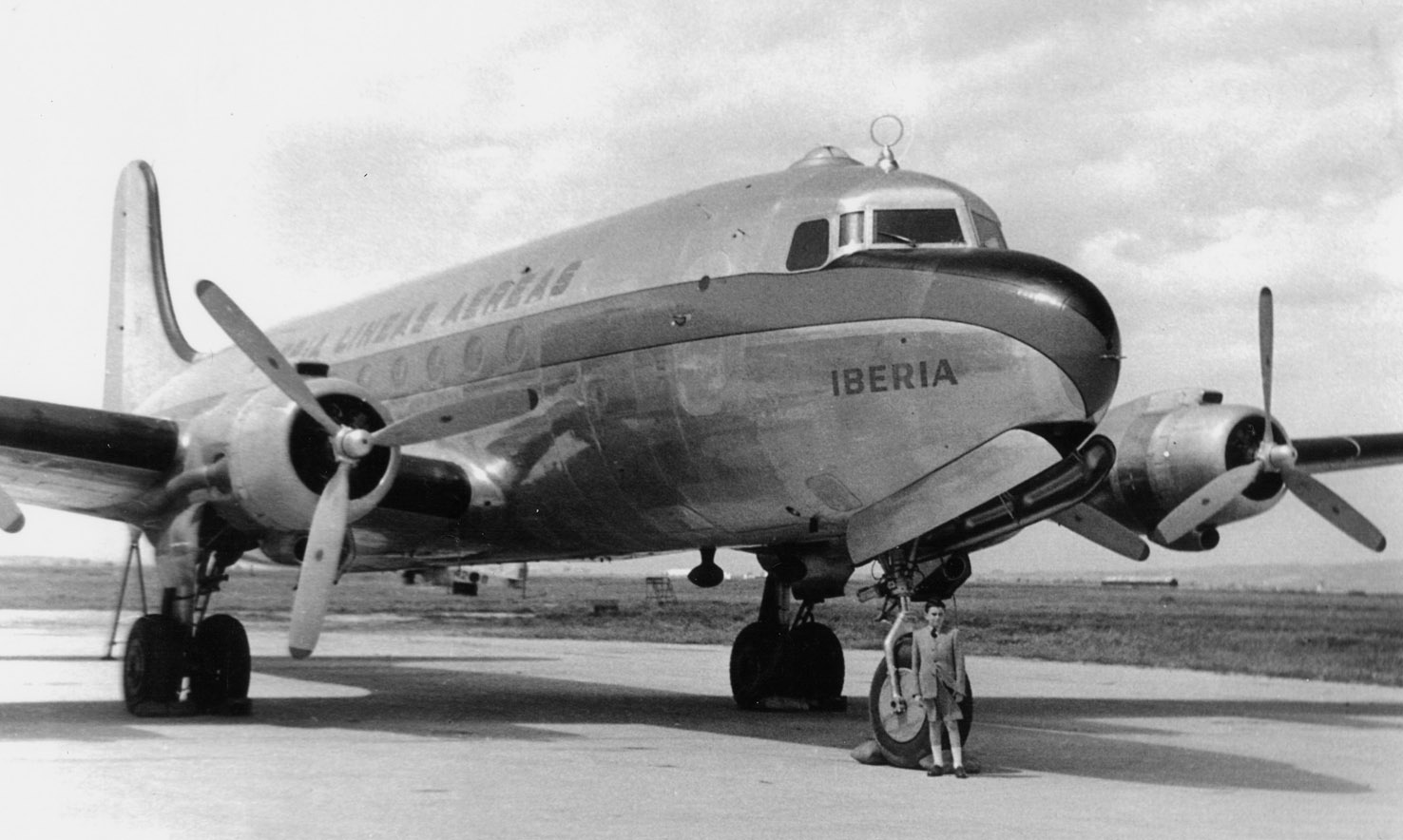 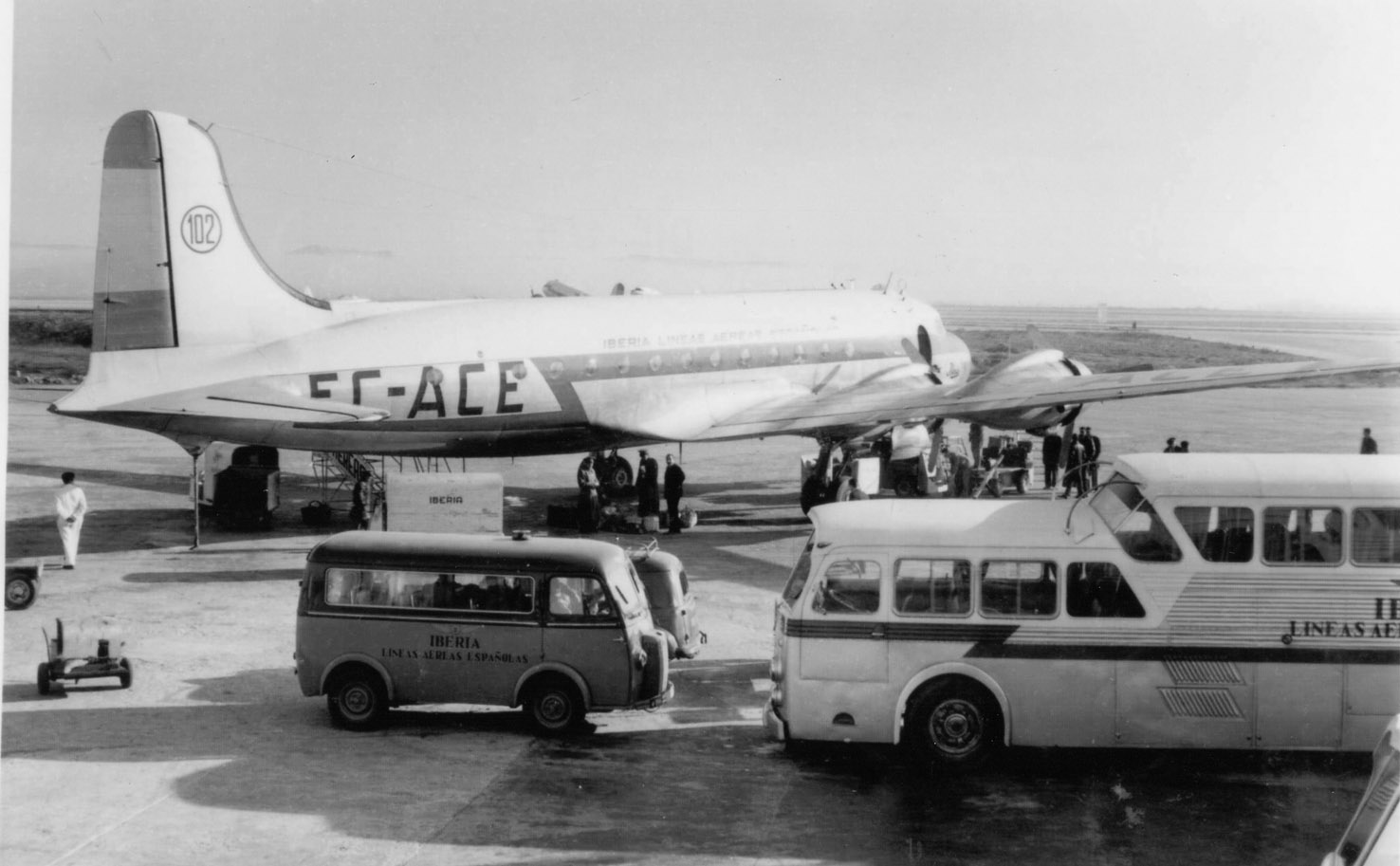 A Historic Day in Aviation

On that September day in 1946, three Spaniards were to become the first pilots to make a commercial flight from Europe to Argentina: commander  José María Ansaldo along with Teodosio Pombo and Fernando Martínez Gallardo. The navigator was Indalecio Rego, the radio operator Segundo Hernández, and the flight mechanic Alejandro Aragón.

The route was Madrid to Villa Cisneros (now Dajla) in the Western Sahara, then across to Natal (Brazil), Montevideo, and finally Buenos Aires, which took 36 hours, including stops. The outward flight took two days and a night, while the return flight took two nights and a day, which was very tiring for the passengers. It was thus decided to build an inn in Villa Cisneros where passengers and crew could sleep on the second night. But there were also four cots aboard the aircraft so crew members could take turns sleeping, sparing the need for another inn at Natal.