What’s your preferred seat on a flight, window or aisle? And maybe you’d rather have just a little bit more legroom? Well, here’s a little bit about seat pitch – the distance between any one point of your seat and the exact same point on the seat immediately in front of or behind yours – and how it relates to legroom. 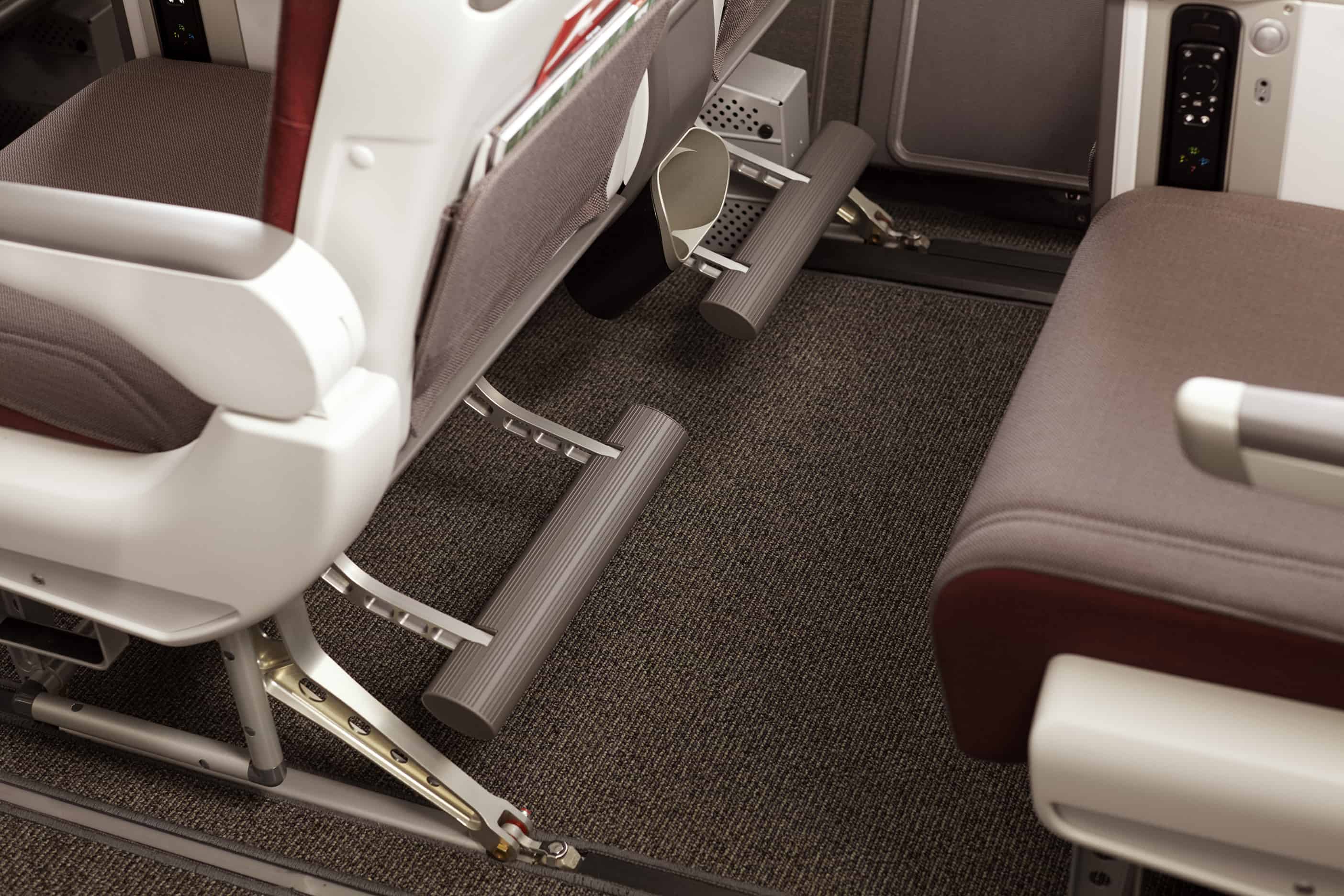 To visualise the concept, the seats in an aircraft cabin are mounted on the floor via a rail system known as “seat tracks”. So the pitch of each seat is distance between the point at which one seat is affixed to the seat track and the fixation point of the seats in front and behind it (or the separation panel, in the case of seats before or behind one of these). This means that what we think of as legroom is simply the distance between the edge of our seat cushion and the immediate surface of the backrest of the seat in front (it actually varies slightly, depending on the width of the paddings and plastic parts of the different seat models).

There are certain limitations concerning seat distribution, including security standards which must be taken into account. One example of this is the evacuation hatches over the wings in smaller aircraft such as the A320 as well as the exits in the front and back of the plane. Obviously neither these nor the evacuation routes can be blocked, and that’s the reason why the seats located next to these areas in the A320 and A321 are not reclining. All this is strictly regulated by the international security air transport agencies like EASA in Europe and FAA in the United States. Beyond that, when it comes to cabin layout, seat distribution must be balanced with other elements – including galleys (for storage/preparation of food and drinks), lavatories, partitions, and storage spaces – all with the objective of optimising the use of onboard space to the greatest extent possible. 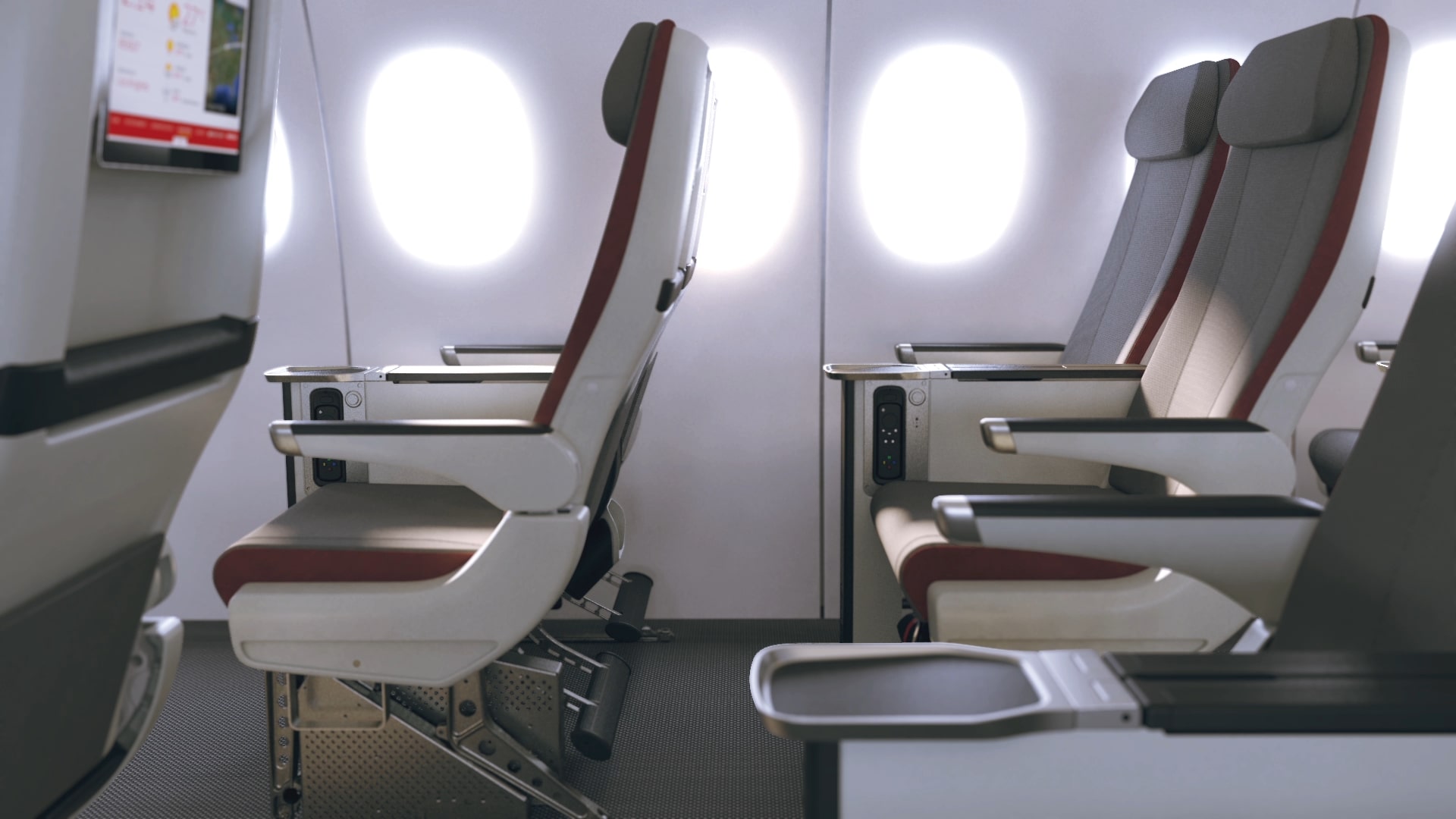 The Comfort of Iberia’s Passengers

Iberia and its fleet’s manufacturer Airbus always strive to provide its passengers with the best and most comfortable possible inflight experience whilst optimising the space available. And so the seat pitch in economy class of any of our aircraft is generally no less than 28 inches (71.12 centimetres), with lowest pitches normally located in the back closest to the tail of the aircraft; pitches in premium economy or business class are larger, depending on the aircraft model and configuration.

Whatever your preference, the important thing is to travel comfortably and to have adequate personal space.

This post was authored by Jorge de Luis Sierra, a specialist in aircraft interior design and aviation branding.