Revenue Manager. Known to all as “the prices lady”.

How did you come to Spain, and to Iberia?

When I was little I dreamed of becoming an astronaut. As I grew up, I realised that what I liked was to travel around the world and to live abroad.

So I thought a diplomatic career might be suitable. It never crossed my mind that revenue management would be my ticket for travelling around the globe.

I’m from El  Salvador and when I finished university I entered the field of revenue management at a local airline called TACA, which merged with Colombia’s Avianca in 2009-2010, so my family and I moved to Bogota, where I kept on working in revenue management, first managing the merger of the two airlines’ revenue management departments, and then in other positions.

I was happy, but one day I got a call from a head hunter who was looking for an experienced revenue management person for a European airline that was undergoing a transformation process.

I was on my first day of maternity leave when the call came, and maybe a hormone was out of place, because I told the head hunter that I had nothing to lose by finding out more about the deal. I wasn’t looking for a job, but I would be glad to sit for an interview.

After two interviews on Skype, I put a breast pump in my hand luggage and flew off to a face-to-face interview with two men who were to become my bosses –Marco Sansavini and John Harrison.

It wasn’t an easy decision to leave Avianca/TACA, which had been my family for ten years and had watched me grow up, but, as one of the airline’s shareholders told me, “Madrid is hard to beat”..

The rest is history. Twenty-seven pieces of luggage and later a container with I don’t know how many cubic tonnes, and our Spanish adventure began. 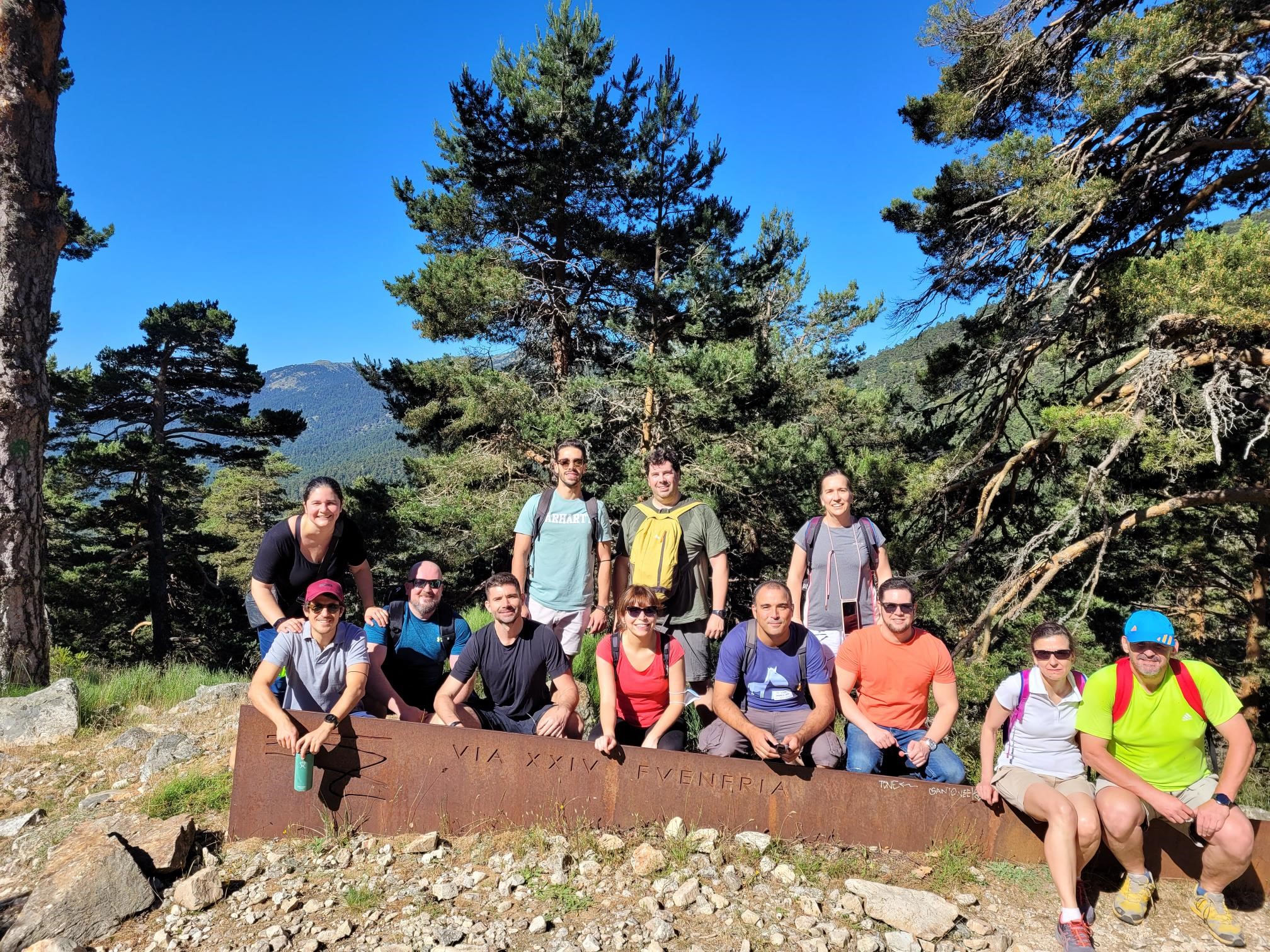 How did you adapt, professionally and personally, to life in Spain?

I thought it would be harder. I’d been to Madrid as a tourist two or three times, and my only real interaction with Spaniards had been with the owner of a café who grunted when I ordered churros and hot chocolate.

I thought it was normal for Spaniards to be somewhat annoying, so I resolved not to take it personally.

However, it was exactly the opposite. Both personally and at work I found groups of people who were extraordinarily nice, welcoming, open, and accepting of your differences, your accent, and your use of words which can mean VERY different things in the different Spanish-speaking countries.

I learned to love and appreciate the grunts of some neighbourhood bar owners, and that every region of Spain has a different way of showing affection.

It was the same at work. I was used to working in multicultural environments and with an “American”  –that is United States– pace, so I adapted quickly and got down to work.

The best thing was the speed at which I made friends with people in Iberia.

Just the other day as I was hiking (one of the things I love about living in Spain), it occurred to me that I should give thanks every day for the people I work with. I’ve always been lucky that way, and after seven years at Iberia with such good people, both professionally and personally, I feel totally at home.

What cultural differences do you notice?

I always say the fruit never falls far from the tree, and as a Latin American I find many more similarities than differences.

But there are nuances, especially in manners and the tone of voice used in personal dealings –Spaniards sound a bit more gruff, and Salvadorans, a bit sweeter. Although we Salvadorans also swear a lot and can be quite sarcastic.

The Spanish care a lot more about the quality of life than do Latin Americans. Here people complain a lot, but it’s because they don’t realise how good they have it. I live much better in Madrid than in Colombia or El Salvador.

The level of education is another cultural difference, since more education translates into less classism, and I think this is an important factor in the development of a country. 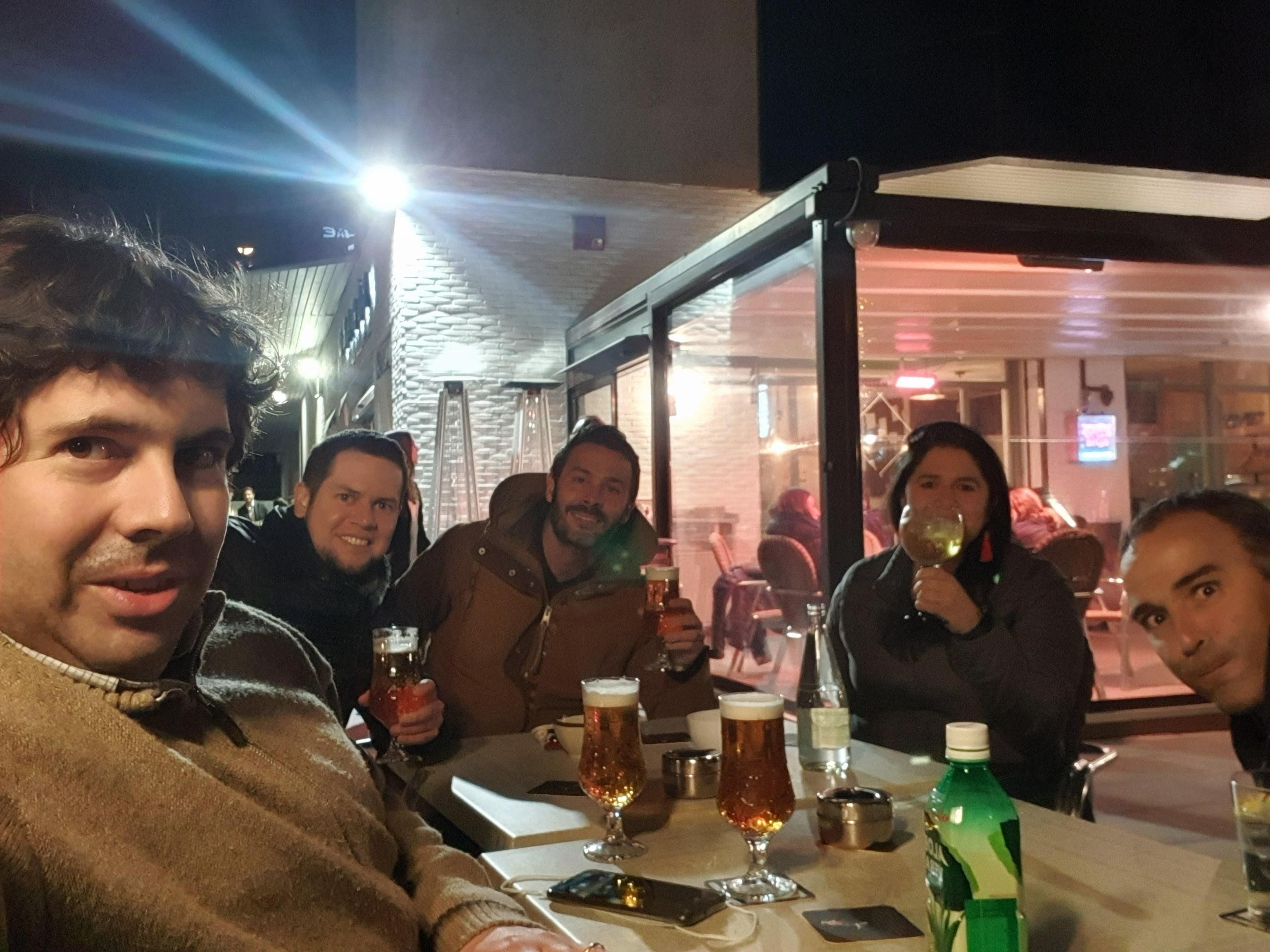 What do you find most striking about Spaniards?

On the good side, they are very smart and at the same time able to deeply enjoy the simplest pleasures –sunshine, an outdoor café, meeting friends, having coffee in the same place every day, football…

On the bad side, the constant complaining!

On the weird side, the kalimotxos –wine mixed with Coca Cola.

Do you know any other Salvadorans at Iberia?

Yes, there are three of us. One in Guatemala and another in Costa Rica. When they come to Madrid they bring me frijoles (beans) and papusas (similar to Mexican tortillas), and sometimes cheese and other foods Spaniards think of as strange.

What’s your favourite spot in Madrid?

I love the Guadarrama mountains. Around  Lozoya, La Hiruela, etc. In the city, I love Old Madrid –the Barrio de Las Letras and the Plaza de Oriente neighbourhood.

But I must say I enjoy almost ever outdoor cafe where they know how to pull a draft beer properly.

Parts of Spain your have yet to visit?

My family and I take at least one road trip every year.

We still haven’t been to the Basque Country or Seville, but plan to visit the former this year and the latter next year.

But I’d like to get to know every part in greater detail, enjoying what makes every corner of Spain so different and so marvellous –to understand the idiosyncrasies at the source!

Take a walk and find a place to eat…

Or have a roast with friends in their home…