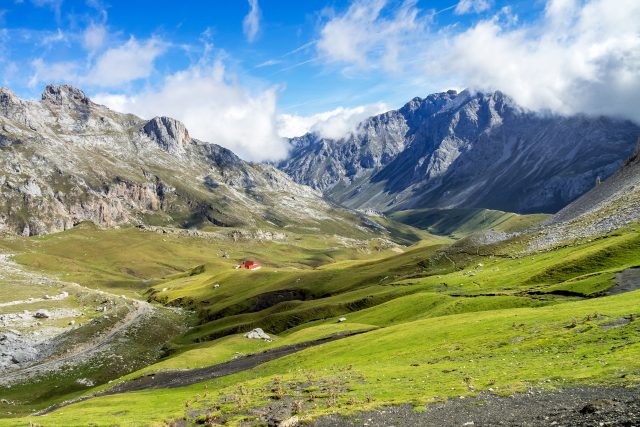 In this blog over the years we’ve gone on at length about the many awesome allures of this region – some 5,000 square kilometres (1,931 sq. miles) worth of rolling, verdant hills; soaring mountains; some 90 beaches along more than 220km (137 mi.) of rugged coast; utterly charming small towns; sophisticated capital Santander; and the astonishing prehistoric rock art of Altamira, a UNESCO World Heritage Site). And of course all along the way, finger-licking cuisine using some of the freshest natural ingredients on earth.

Perhaps more than anything, Cantabria is a paradise for lovers of nature, the great outdoors, and adventure. And it all comes together up in its mountains in a special way in its “via ferratas” (from the Italian for “iron path”, since the sport essentially originated in Italy‘s Dolomites in the early 20th century), which are protected mountaineering routes with climbing aids including permanently anchored steel rungs, rails, cables, and sometimes even ladders, suspension bridges, and zip lines.

If this sounds daunting, you should know that while the most challenging of these via ferratas are definitely more apt for skilled climbers, quite a few others are accessible to climbers with any previous experience; of only moderate fitness levels; and even as young as age ten. Your guide will give you the on-the-spot training you need, and off you go! (Of course, you do have to have what they call a “head for heights”, so there’s that. ?)

And without further ado, here’s a look at Cantabria’s nine via ferratas, clustered in three main areas:

The three-stage, two-hour “Big Tower” route is the closest to Santander, just a half hour away near the Pasiego Valleys town of Liérganes. Centred around Mt. Calgar, it’s also one of the simplest, easiest, and best for beginners, and takes about two hours up and back down. 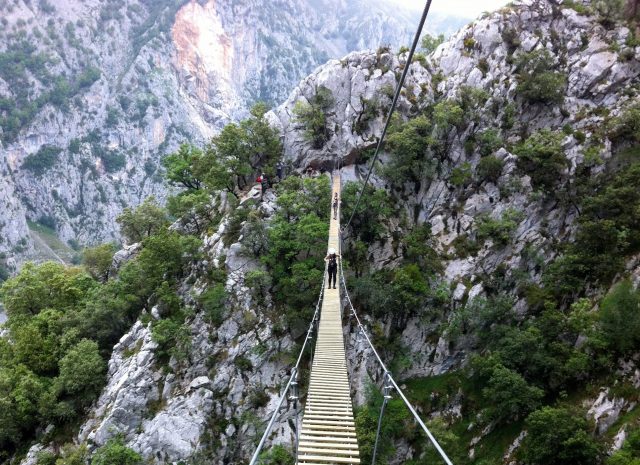 This route near the village of Potes is in the shire of Liébana, an hour and a half southwest of Santander. It’s also one of the region’s most popular as well as among the longest in all of Spain (about four hours in duration). And though technically it’s rated medium to high difficulty, you can choose between five routes ranging from beginner level to medium, to challenging.

Nearby, this route is much shorter – about an hour to an hour and a half – than the one near Potes, but a bit more demanding, ranging from medium difficulty to challenging. It’s a fun diagonal climb over the Deva River and delivers marvelous views over this dramatic gorge. 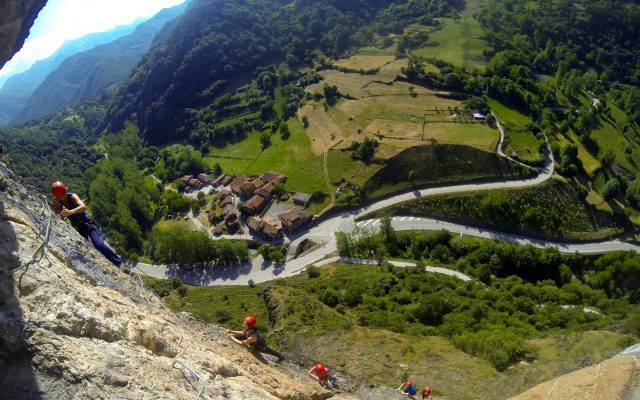 Elsewhere in Liébana, near the town of Los Llanos on the road to the hamlet of Fuente Dé, one of the big payoffs of this two-hour climb are the sensational panoramas of the towering eastern Picos de Europa mountains. The three varying routes here range, again, from beginner level to challenging.

Still in Liébana, between the villages of Ledantes and Barrio, this fun 3½-hour route has as its star a narrow (and I mean narrow) suspension bridge over the Viña River, and it’s rated medium-high in terms of difficulty. 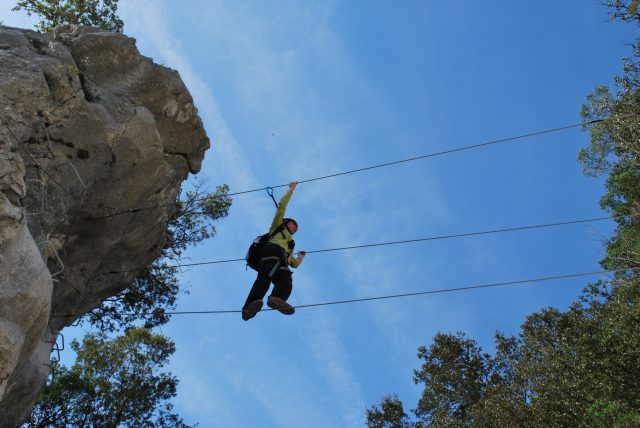 Over on the eastern side of Cantabria, in the Asón area about 45 minutes southeast of Santander just outside the town of Ramales de la Victoria, the hourlong “Chalice” via ferrata has two routes. One is simpler and more horizontal – and therefore especially apt for beginners and families with kids – and the other more challenging and vertical.

Up for a real challenge? In the same Asón area, this two-hour route takes you 350 metres (1,148 feet) and up and down 60m (198 ft.) through the gorgeous Calera River ravine. Features include a zip line, a Tibetan bridge, and a vertical wall.

Still in Asón, the two-hour El Risco outside the town of Ruesga is also intense, includes a double-wire bridge, and is rated medium difficulty – and though you don’t need previous climbing experience, a minimum degree of physical fitness is highly recommendable.

Speaking of real challenges, the last of our Asón via ferratas, outside the town of Arredondo, is perhaps the toughest of all. It takes about three hours and is divided into three parts, with slopes ranging between 60 and 100m (197-328 ft.). And unlike the other Cantabrian vias, the trickiest part comes first, thanks to its sheer verticality. 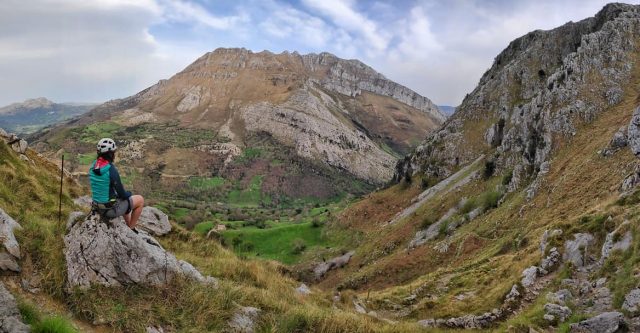 So get ready for some real adventure amid Cantabria’s exuberant nature and book a flight for some exciting iron pathfinding!