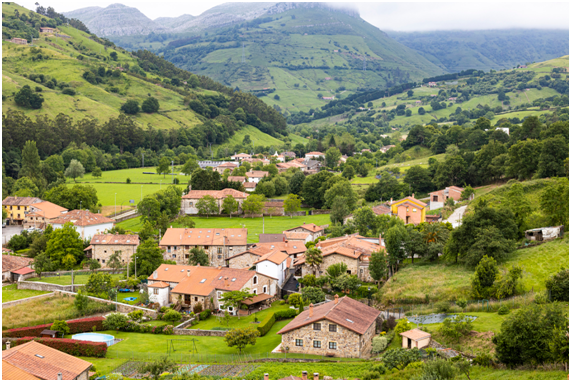 As we’ve often reported in this blog, the communities stretching across northern Spain – especially Asturias, the Basque Country, Cantabria, and Galicia – offer visitors dramatically different landscapes and climate to much of the rest of the country: emerald-green valleys and forestland;  rolling hills and soaring peaks; and generally cooler, more refreshing temperatures in summertime when heat roars across most points south. And it’s the easternmost of these communities, Cantabria, which many Spaniards see as the stereotype of green Spain – and one proudly embraced by Cantabrians themselves.

And Cantabria’s verdant appeal, in its entrancing nature and historic (and utterly charming) towns and villages, is pretty much encapsulated in the Valles Pasiegos, a comarca (equivalent to a county or shire) around just 45 minutes south of capital Santander which consist of three river valleys – the Pas, Pisueña, and Miera – which have for some years now have lured holidaymakers with their natural beauty; their historic villages; and hearty traditional cuisine evolved over centuries. Far from the madding crowd – and more appealing than ever in these distanced pandemic times – here’s a quick into to this truly enchanting corner of green Spain. 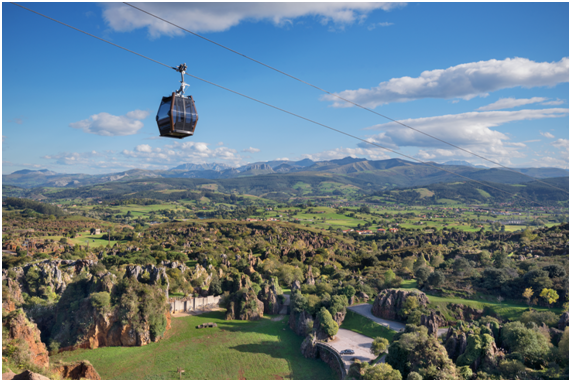 Once upon a time, it was common for local herders to move their cattle – and their own families – up and down the valleys according to the weather and time of year, keeping cabins across these valleys for this purpose. Even today, you can see examples of this in villages like Vega de Pas and San Roque del Riomera. These are two of around 15 in the Valles Pasiegos, ranging from around 2,000 inhabitants down to a mere 500 or so, all of them set amid splendid natural scenery. The most important among them are Liérganes, Villacarriedo, and Selaya, all of which offer gorgeous panoramas of mountains and green pastures extending to the horizon.

Liérganes is best known for its historic core, filled with 17th- and 18th-century neoclassical manses, but also its thermal springs, which you can enjoy at a pair of local hotels, one a 19th-century grande dame and the other a restored stone mountain house. Other local draws include the graceful stone Puente Mayor, inaugurated in 1606, and the Ecomuseo-Fluviarium, focussing on the area’s natural attributes and local culture. And perhaps oddest of all is the bronze statue of the Hombre Pez (Fish Man), a local fellow who it’s said disappeared in the mid-17th century whilst swimming with friends in Bilbao. He was spotted swimming in various places and after five years finally captured in Cádiz, covered with scales, with the form of a fish, and barely able to speak. Returned to Liérganes, he lived a simple life at his mother’s home, largely uninterested in his surroundings, until he finally disappeared in the Cantabrian Sea forevermore.

Villacarriedo is especially notable for its natural environment, particularly the nearby mountain slops and forests of oaks, beeches, and alder trees, all a delight in which to ramble. Local landmarks, meanwhile, include the 18th century Baroque Soñanes Palace and the Palacio de los Escolapios (Palace of the Piarist Fathers, an order founded in 1617 and dedicated to education, especially of poor children and the disabled).

As for Selaya, the most populous of the three with just under 1,900 souls, its setting in the Pisueña Valley is especially dramatic in winter, when the surrounding mountains are frosted with snow. It, too, has a charming historic core of grand manses, churches, and hermitages – a particular standout being the Sanctuary of Our Lady of Valvanuz, home to the eponymous Gothic Madonna, an object of great local devotion (especially demonstrated during the festivities held here in her honour every 15 August). 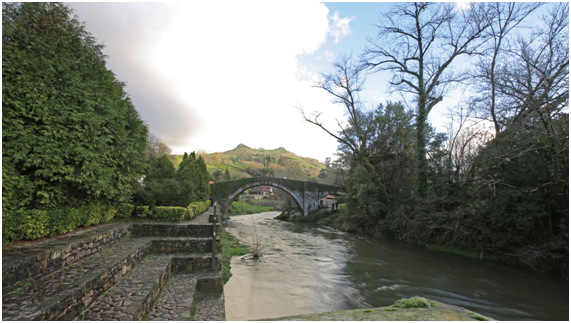 Besides its lovely villages, the valleys offer a range of fantastic hiking options for visitors of all ages and physical conditions. Three of the most noteworthy include a five-hour, intermediate-level loop through the Miera and Pisueña valleys up to a mountain pass called Alto del Caracol, where you’ll be rewarded with truly spectacular views. The second is the six-hour Miradores de Valnera loop around the Pandillo River basin through fields of heather and beech forest, surrounded by vertical landscapes. And last but not least, a family-friendly trek to a pair of local peaks known as the Sierra de Caballar, which is nonetheless a fairly gentle (and even partially paved) climb. 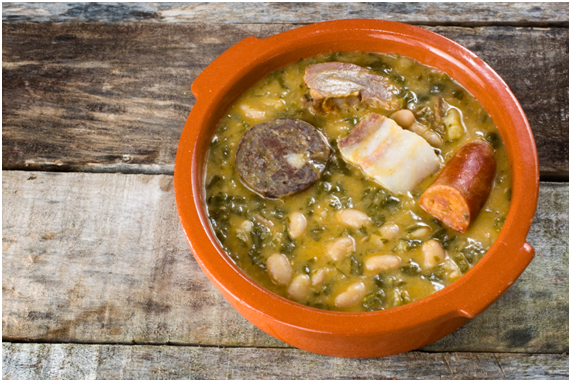 Back in the villages, you’ll definitely want to indulge in the local food specialities. We’ve covered Cantabrian cuisine in the past (including the savoury stews of its mountain valleys), but haven’t mentioned its Valles Pasiegos variant. Here the locals tend to use mutton instead of beef; cook their soups with bread;  and eat chickpeas and collard greens topped with little chunks of beef. Other standouts include caricos estofados (local red beans stewed with veg), suckling lamb, and sweets such as sobaos pasiegos (spongy little butter cakes) and quesadas pasiegas (ditto, but with the addition of fresh mountain cheese).

Fly to Cantabria from London from £188!