When most people think of Spain’s third-largest city, they think of a fantastic urban mix of atmospheric medieval quarter with cutting-edge contemporary – most especially the Santiago-Calatrava-designed City of Arts and Sciences – and perhaps even cool neighbourhoods like Ruzafa. (And if you’re a fan of parks, I also highly recommend Capçalera (aka Cabecera) Park, built on the dry bed of the Turia River. A 15 minute taxi ride or 40-minute stroll from the old quarter, redevloped as Mediterranean woodland with plenty of water including a section of the Turia as it once was; an open-air amphitheatre; biking and strolling paths; and the 10-hectare (25-acre) Bioparc, an innovative zoo with no bars or railings.)

But Valencia is also the capital of a province of the same name, with a plethora of historic towns, lovely natural areas, superlative beaches, and even award-winning wine country. What’s more, the province is a great place for a warmish break if it’s cold in winter where you live, with daytime temperatures 41-42° Celsius (61-63° Fahrenheit). So here’s a quintet of destinations within the province that for various reasons are well worth a day trip from the capital: 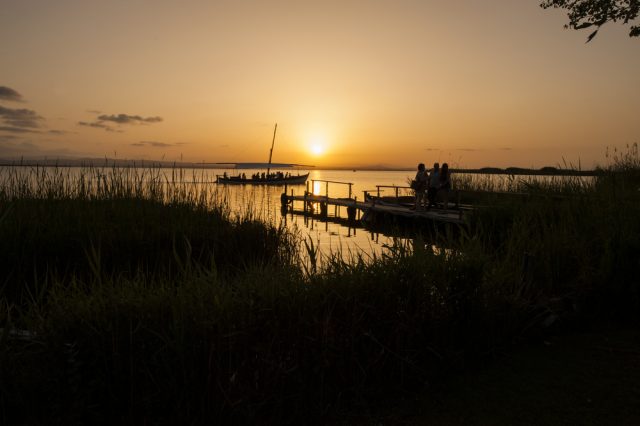 Just over a half-hour drive south from Valencia city, this idyllic, 212-square-kilometre (82-sq.-mile) preserve includes wetlands, a lagoon, an estuary of the Mediterranean Sea, and Spain’s largest lake. And it truly is one of southern Europe’s foremost eco-wonderlands. Though locals from surrounding towns engage here in fishing and rice growing (Valencia is after all ground zero for paella and other typical rice dishes), vast swaths are also pristine home to a wide variety of fauna including more than 350 species of avians – especially wading birds such as herons, woodcocks, and purple water hens. Activities here for visitors include guided tours and hiking/biking routes as well as boat rides on the lake (especially spectacular around sunset). And foremost among the local communities are El Saler (pop. around 1,700) is home to one of the loveliest beaches on Spain’s eastern coast, and charming, lagoonside El Palmar (even tinier, with fewer than 800 permanent residents). 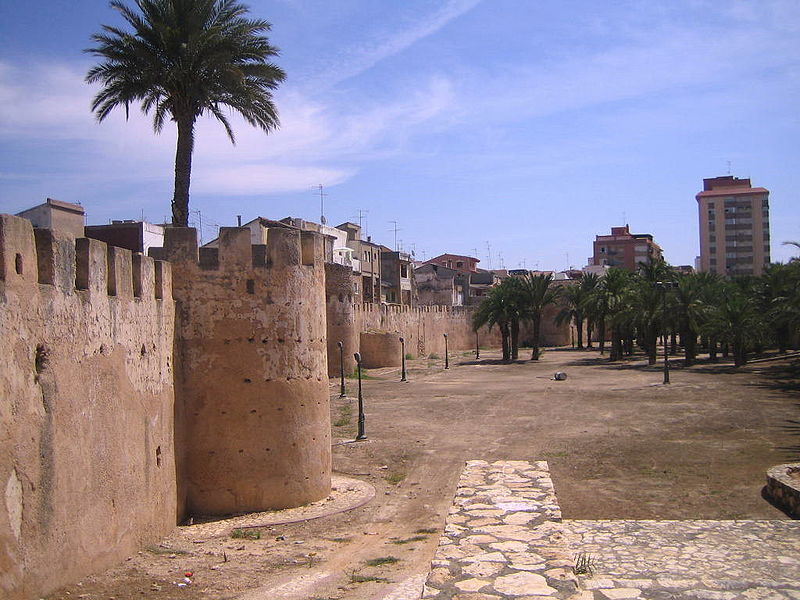 Set amid the hills and mountains of the Corbera and Murta ranges,  this large town (pop. 45,000) on the Júcar River less than an hour from Valencia city was founded in by the Muslim Moors who ruled much of the Iberian Peninsula during the Middle Ages, and still has the medieval old quarter – encircled by massive stone walls – to prove it. Apart from wandering its cobblestone lanes lines with whitewashed houses, it’s well worth a spin along the Murta Route circling the lovely countryside of the eponymous surrounding Murta Valley, full of greenery, gardens, bridges, and landmarks such as the ruins of the Monastery of Santa María de la Murta, established in 1401 and in the process of being restored.

Just a half-hour west hop of the capital and reachable by train as well as road, this town of around 9,000 (its name spelled Buñol in Spanish) has in recent years become best known for its mass tomato fight, La Tomatina, held each August (using overripe tomatoes, by the way, thus not a waste of perfectly good produce). But set in a magical countryside of Mediterranean forest filled with rivers, lakes, natural pools, and caves (such as the Cueva Turche, framed by a waterfall and pond), Bunyol is another medieval charmer of whitewashed houses and churches along cobblestone streets. Top landmarks include the 18th-century neoclassical Church of San Pedro and late-13th-century Bunyol Castle  (pictured at top), now housing an archaeological museum.

Yet another ancient and lovely whitewashed town, about an hour out of Valencia, it too sits in a lovely natural setting, at the doorstep of the Los Calderones Natural Park and Chera-Sot de Chera Natural Park, a mountainous area popular for hiking and rock climbing as well as full of fantastic hiking routes and impressive spots such as the Hoces de Chulilla Canyon, 160 metres (525 feet) deep and 10m (33 ft.) across; a beautiful lake, Charco Azul; and the hanging bridges of Los Calderones. In the town itself, besides taking in the picturesque atmosphere you can explore landmarks like the ruins of the 14th-century Hermitage of Santa Bárbara and those its own castle, of Roman origin and expanded by the Moors as well as after the Christian Reconquest, with fantastic views over Chilulla and the surrounding landscape. 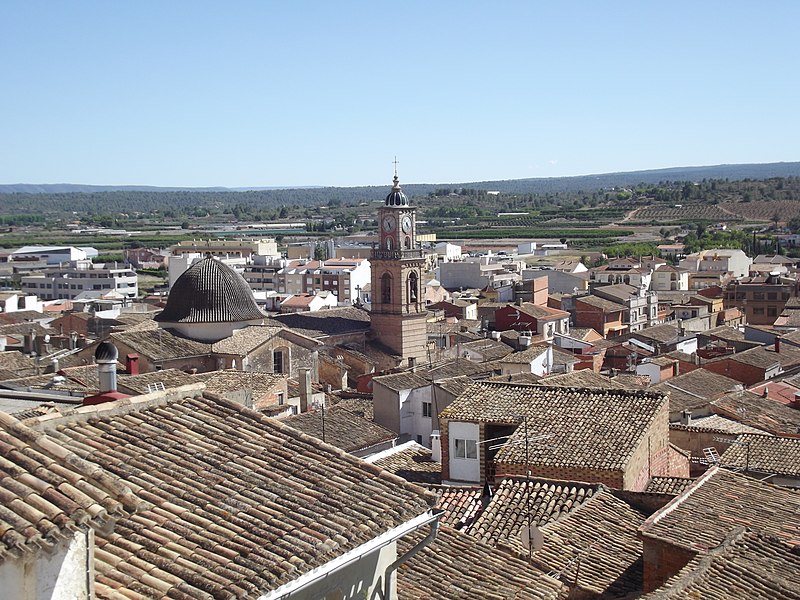 About an hour’s drive south of Valencia city, this charming old town of barely 3,000 inhabitants is a pleasure to wander for a morning or afternoon, but its natural treasure is a nearby hiking trail called Los Chorradores de Navarrés, off Highway 580. With its own car park, this simple, easy path runs three kilometres (just under two miles) through a protected area of leafy vegetation past a river and several chorradores, winsome  waterfalls such as El Chorrador, splashing into a little pool that’s lovely for a warm-weather dip. Toward the end of the route, the rest area at Fuente de la Higuera includes picnic tables.