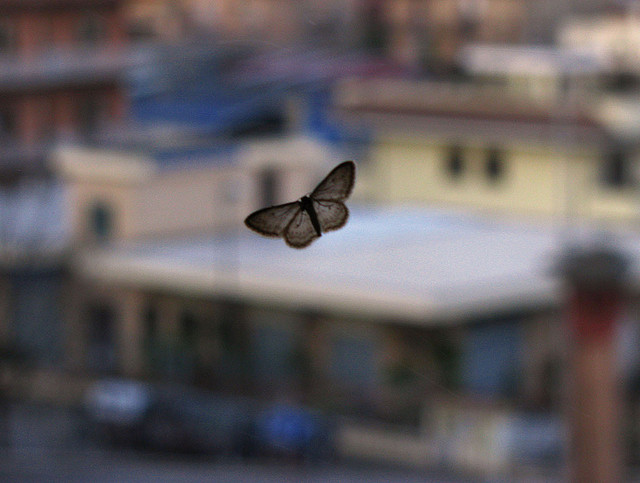 When fear of flying starts, it is sometimes because there has been a bad flight. But, in many cases, difficulty starts for no apparent reason. The average age of onset is twenty-seven. The truth is, many of us become more anxious as we get older and more mature. As teenagers, when parents told us to be careful, we thought they were from some other planet! We thought bad things happen to other people, or in places far away.

As we grow older and wiser – or as something shocking hits home – we become more aware of how vulnerable we are, and we think more often about what could go wrong. We look for ways to stay in control, and avoid situations we do not control.

Staying safe isn’t always a simple and straighforward matter. Our judgment is coloured by feelings. Statistics point to flying as the safest mode of travel. Yet driving feels safer. Why? It’s because of how the mind works.

When we drive, our attention is often divided. As we think about other things or have a conversation, the car is guided as if on autopilot. Usually we get away with it because a part of the brain called the amygdala monitors what is going on. If something unexpected happens, the amygdala releases stress hormones that grab our attention and force us to focus on what is going on. The amygdala (right) is the size and shape of an almond. That’s where it gets its name: amygdala is the Greek word for almond. Though this gland operates outside of consciousness, we feel the effects of its operation. We also feel an increase in our heart rate and our breathing rate. That’s a primitive response that gets us ready to run or fight. In addition, a not-so-primitive response takes place. Stress hormones activate “executive function”, the brain’s high-level decision-making.

Executive function assesses the situation. If no threat is noted, it signals the amygdala to quiet down. If a threat is detected, the hormones continue and keep us focused on the problem. We need to deal with it. If we can come up with a plan, the moment we commit to it and take action, executive function signals the amygdala to stop stress hormone release.

Acting Is the Key

Action, because it stops the release of stress hormones, makes driving feel safer than flying. By the way, it doesn’t matter whether the plan of action is a brilliant one or a lousy one: commitment to any plan extinguishes feelings of anxiety.

Flying, though safer than driving, doesn’t permit the anxiety-stopping action that driving does. When a noise or a drop releases stress hormones, a person who regulates arousal automatically checks to see what is going on. But if nothing is obviously wrong, he or she drops the matter.

How is this ability to regulate arousal automatically developed? Though there are genetic differences, it is believed the primary factor is early learning. When a young child experiences arousal, if a caregiver is consistently available, is attuned to the child, comforts the child, and reassures the child, arousal – even at high levels – becomes non-threatening. Over time, the attuned and responsive caregiver’s response is built into the child’s psyche. There is serves to automatically and unconsciously calm the child when aroused.

Later as an adult, when aroused on a plane, if there is no obvious danger, the person who has built-in regulation drops the matter. But a person who regulates arousal consciously needs more. To that person, arousal means danger. The matter can be dismissed only if danger is ruled out. Unable to prove there is no danger, scenes of disaster come to mind which increase hormone release. Since there is no action a passenger can take, hormones build up and result in high anxiety, claustrophobia, or panic.

Conscious and deliberate regulation of arousal may work satisfactorily on the ground. A person who controls things masterfully may be successful in business or in a profession. But not in flight. Except of course, for the pilot. Perhaps it will not come as a surprise that a lot of pilots are “control freaks”. Hopefully you will feel better by knowing your pilot, like you, must make sure everything about the flight is under control.

In future blogs we will explore ways to deal with anxiety in flight by increasing your ability to regulate arousal automatically and unconsciously.

Up next: why all too many fear-of-flying therapies don’t really work – and what does.

Tom Bunn, L.C.S.W., is a retired airline captain and licensed therapist who has specialized in the treatment of fear of flying for over thirty years. He is the author the bestselling book on flight phobia, SOAR: The Breakthrough Treatment for Fear of Flying. His company, SOAR, Inc., founded in 1982, has helped more than 7,000 clients control fear, panic, and claustrophobia.