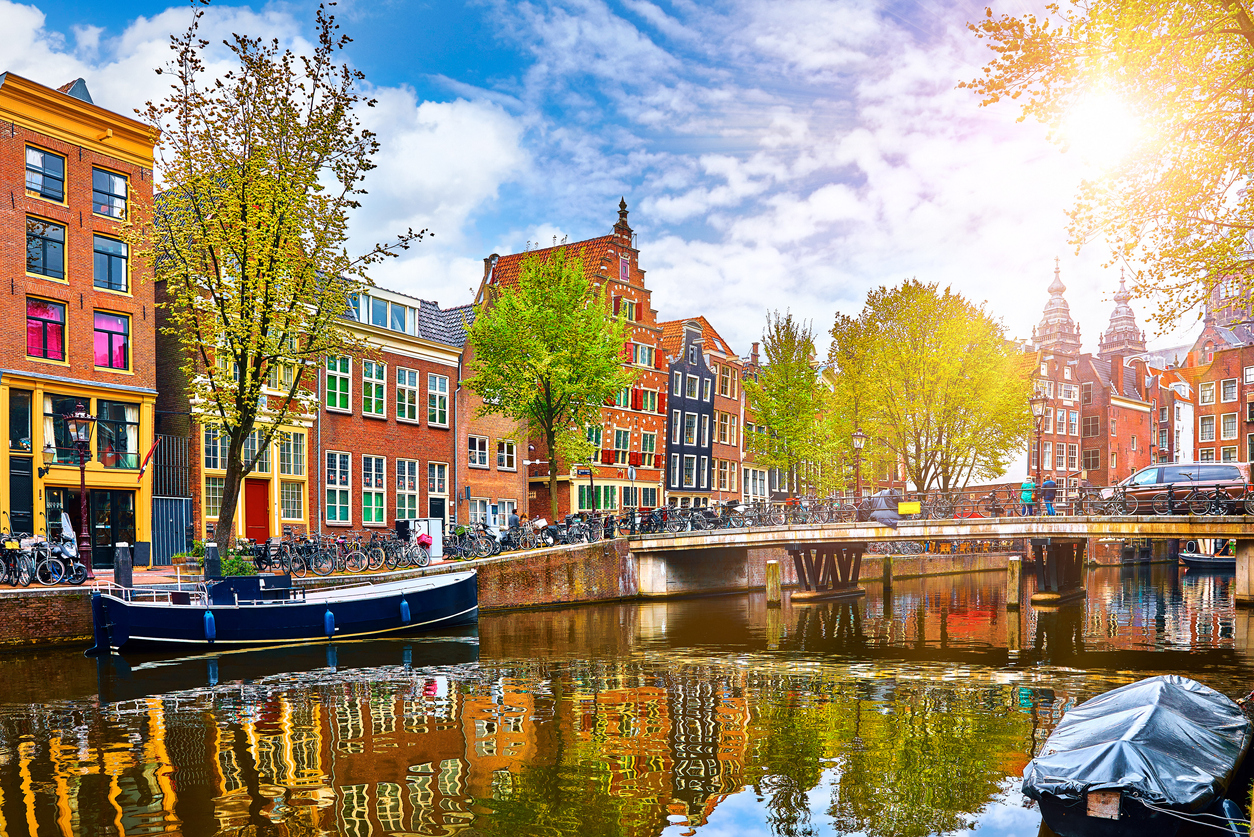 It may not exactly be a newsflash, but it’s worth repeating: there’s just something so very special about the Netherlands‘ most famous city. A unique mix of bourgeois and bohemian. A “Venice of the north” with 75 kilometres (47 miles) of canals, lined with handsome canal houses and some 2,500 live-aboard barges. Its red-light district, De Wallen. Its infamous “coffee shops” (wink, wink). And its ubiquitous locals on bikes. Truly, this is a spot I never tire of visiting, and now that the travel game is again afoot, I thought I’d share my little list of recommendations of top things to do in Amsterdam.

Perhaps Amsterdam’s most famous neighbourhood – a warren of narrow streets and impossibly picturesque, sometimes quirky buildings – is a onetime working-class district now home to myriad shops, galleries, bars, and cafés. Jordaan’s main streets include Westerstraat and Rozengracht, the latter until 1890 a canal (along which Rembrandt once lived), and a still existing canal here, Brouwersgracht, is one of the city’s prettiest (especially at night when it’s illuminated). Its main “sight”, meanwhile is the Anne Frank House, a must for all visitors, offering a glimpse into the grim history of the Netherlands during the Nazi occupation during World War II.

Get a Breath of Fresh Air in Vondelpark

Stimulating as the streets and canals are, sometimes you need a little space and a little greenery, and that’s the great thing about a visit to A’ dam’s city’s biggest park, 47 hectares (120 acres) of manicured lawns; flower gardens including a rose garden with more than 70 species; bosky woods of oaks, chestnuts, cypresses, and alamos; lakes with ducks and swans; an open-air summer theatre, recreational facilities, and several outdoor cafés as well as an elegant restaurant – all right in the heart of the historic quarter. Besides that theatre, other cultural attractions include outdoor artwork including a Picasso scultpure called The Fish. Besides strolling and just hanging out, you can also rent skates and bikes for a spin through this lovely urban retreat. 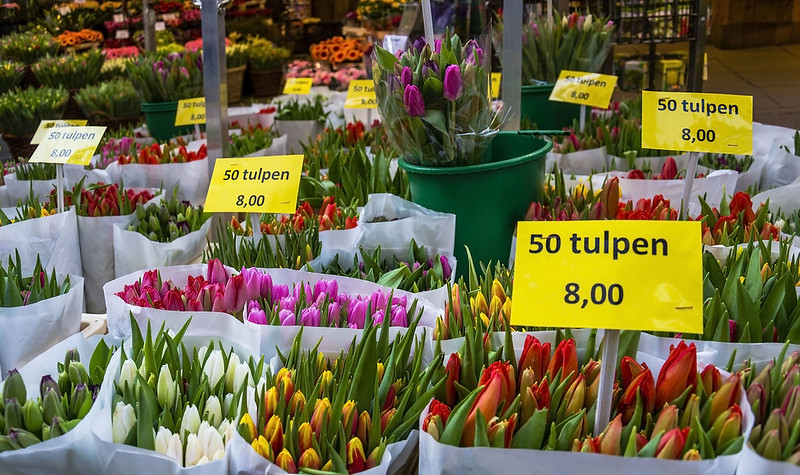 Tiptoe Through the Tulips

Lots of visitors come to the Netherlands in the spring (March till mid-May) to experience the season when the colourful Dutch national flower is in bloom. One of the best places to see them is Keukenhof botanical gardens about a half hour south of Amsterdam, but here in town there’s also the Tulip Festival held the entire month of April. And if you can’t make it in the spring, any time of year you can see the remarkable, 158-year-old Bloemenmarkt, a marketplace floating on barges in the Singel Canal, just a ten- to 15-minute walk from many of the city centre’s main squares and sights; tulips are the main event but there a myriad other kinds of flowers on offer here, as well. Plus in the aforementioned Jordaan, on one of the city’s main canals, the Prinsengracht, the Tulip Museum provides an in-depth look at this iconic bloom and its history (including, of course, the infamous “Tulip mania”  bubble of 1636-1637).

A number of tour boats ply the waters of A’dam’s more than a hundred kilometres (67 miles) of mostly 16th- and 17th-century grachten (canals), and an excursion in one of them by day or night is really a must, to get a true feel for the “Venice of the north”. There are dozens of options, including small boats; large, low vessels similar to Paris‘ bâteaux mouches; hop-on/hop-off cruises; dinner cruises; even cruises oriented toward kids/families.

Hop on a Bike


In one of the world’s very top biking urbs (close at the heels of Copenhagen, widely considered number one), bicycles are definitely the most popular way of getting around the historic centre, and even have the right of way in traffic. And furthermore, the city has been improving its already great bicycle infrastructure – widening cycling lanes, redesigning major intersections with cyclers in mind, and improving access to bike parking. And although the historic centre is relatively compact and walkable, doing it on two wheels lets visitors get even more out of the touring experience. And of course there are plenty of places to rent them, especially around the rail terminal Centraal Station; some also offer organised cycling tours. 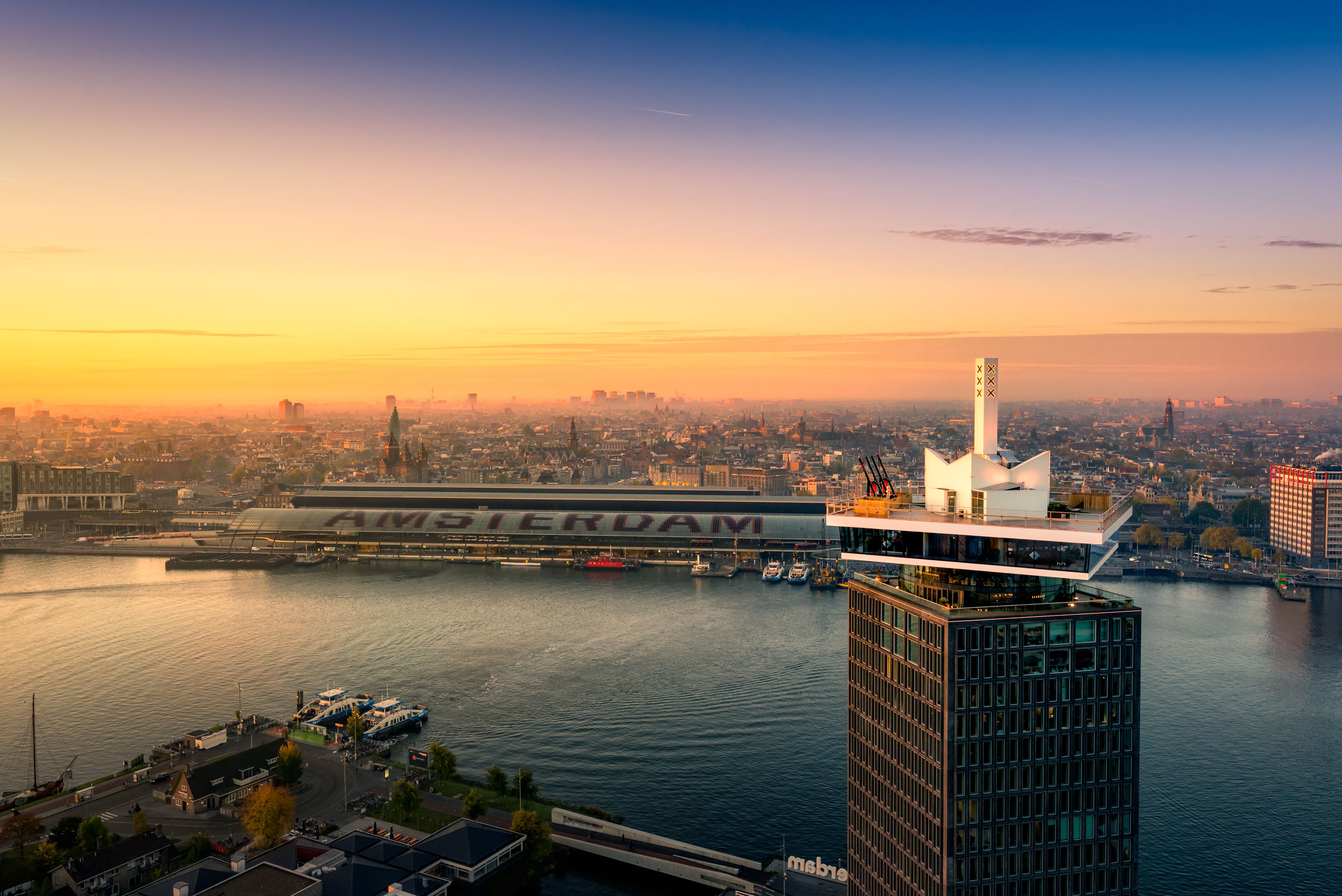 Get an Eyeful at the A’Dam Lookout


Just behind Centraal Station, the top floor of the 22-storey former headquarters of Dutch petroleum giant Shell has since 2009 been home to not just a luxury hotel and buzzy drinking and dining spots, but also the A’Dam Lookout, where the main draw is sweeping 360-degree views over the city, the IJ River, and out toward other Dutch towns in the distance. Also up here you’ll find an interactive exhibit about Dutch culture and history; a fine restaurant; and “Over the Edge”,  which swings visitors out, well, over the edge, a hundred metres (328 feet) above the ground. And while you’re here, why not stop in next door at the Eye Film Museum, housed in a sleek flying wedge and with a wealth of exhibits on the national cinema dating back to 1895; it also screens Dutch and international movies.

Devour Food for the Soul on Museumplein

Renovated in 1999, Amsterdam’s cultural hub, is called Museumplein because it’s home to a trio of the city’s most iconic museums: the venerable Rijksmuseum (the art and history museum especially known for its collection of Dutch masters such as Hals, Vermeer, and Rembrandt, including his masterful Night Watch), the Stedelijk (art from the late 19th century through the present day), and the 47-year-old Van Gogh Museum (the world’s largest collection of Vincent’s works, including the iconic Sunflowers). The Concertgebouw classical concert hall is also here, along with a large rectangular water basin that becomes a skating rink in winter; the square also hosts outdoor concerts, festivals, and other cultural events; and the huge, red-and-white letters spelling out “I amsterdam” in front of the Rijksmuseum are a favourite backdrop for selfies.