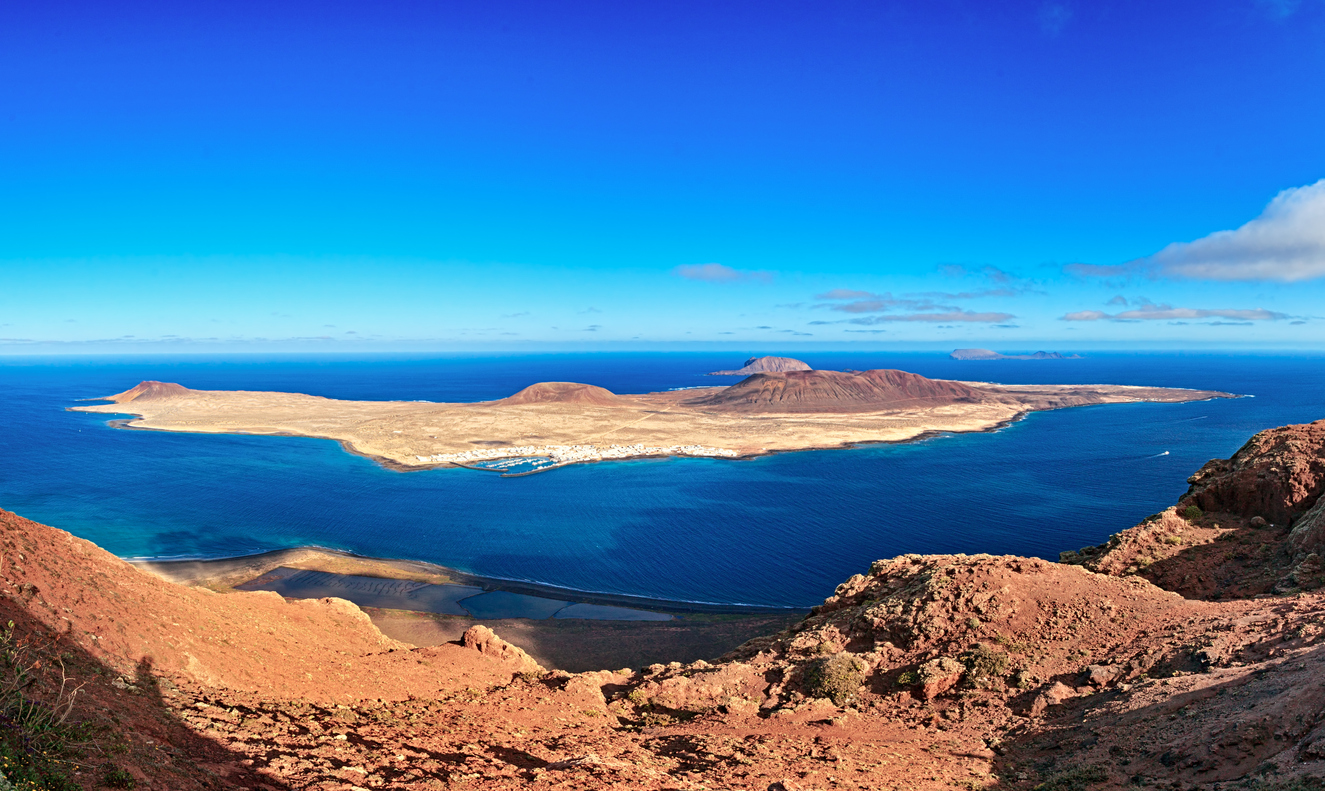 For generations, we’ve been taught that Spain‘s sundrenched Canary Islands, lying a few hundred kilometres off the coast of northwest Africa, number seven main islands – all of which have been covered in one way or another in this blog. But in 2018, an eighth – and the smallest of all – was added. And if you’re looking to really “get away from it all”, as the saying goes, La Graciosa could be just the ticket.

Just northwest off Lanzarote‘s northernmost tip (reachable via half-hour ferry ride from the town of Órzola) and still administered by Lanzarote (specifically, its municipality Teguise), “The Graceful One” is a largely low-lying bit of business just a hair over 29 square kilometres (11 1/4 sq. miles), its mostly flat scrubland punctuated by four separate hills, the highest of which is Agujas Grandes, topping out at 266 metres (873 feet). 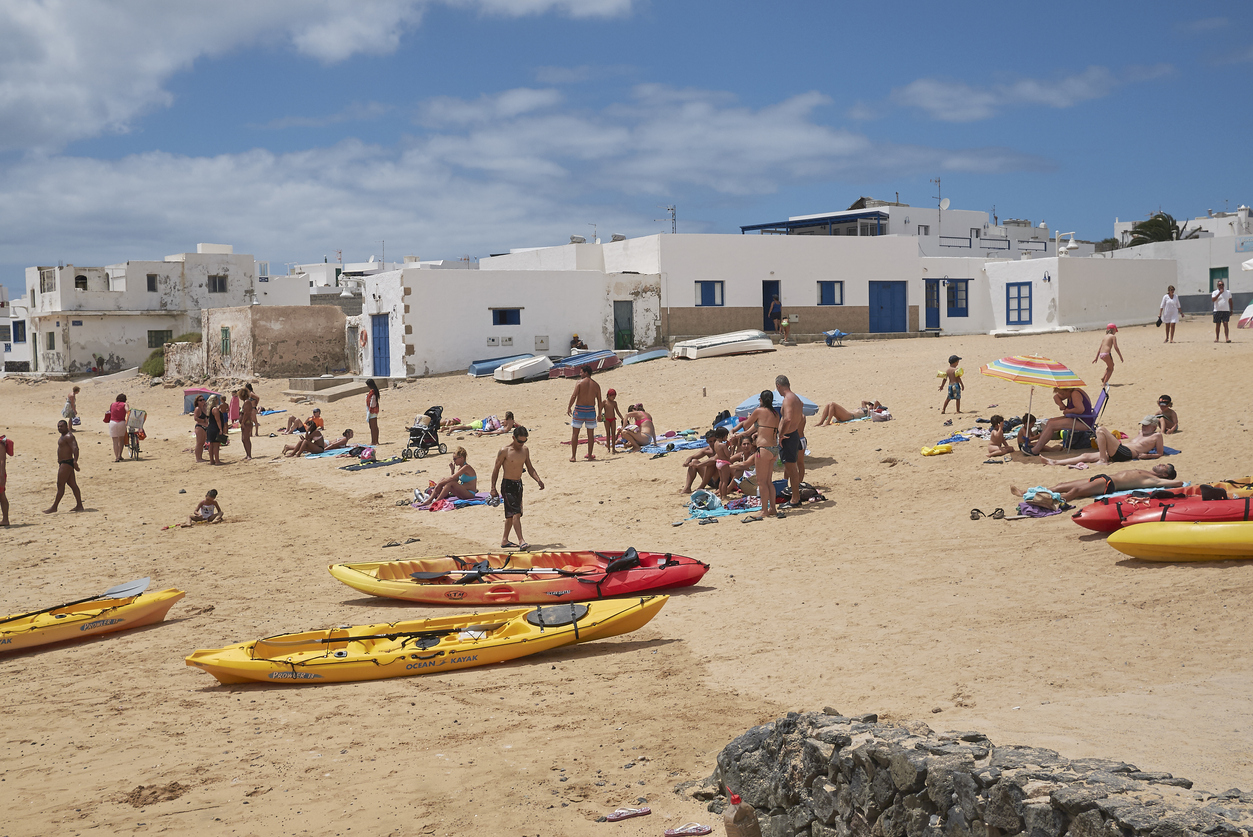 It’s also one of the last places in Europe where the roads aren’t paved but sand (there are very few motorised vehicles beyond a handful of jeep taxis and service vehicle), and its population of a bit more than 700 souls is concentrated mostly in a pair of settlements: a community of weekend/holiday homes called Casas de Pedro Barba and the town of Caleta de Sebo in the southeast, a collection of whitewashed houses and around a dozen restaurant-bars. Accommodations for visitors – who currently number some 25,000 per year – exist mostly in the form of pensions, guesthouses, self-catering flats, and one campground. 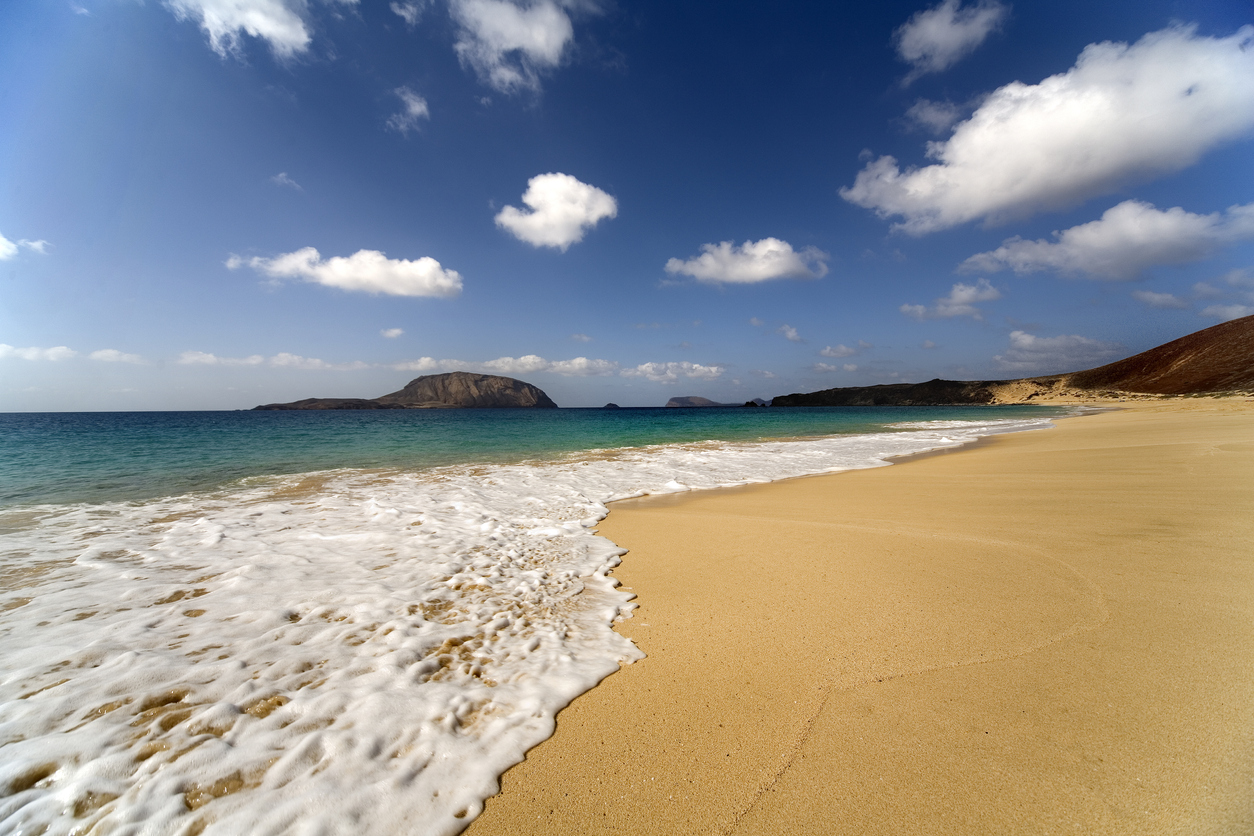 Probably La Graciosa’s single biggest draw is its white, sandy beaches, generally small and pristine, with few or often no amenities to speak of – and that for many visitors is exactly key to their charm (keep in mind, too, there’s also no shade, so you might want to consider toting along an umbrella). The best known, 100m (328-ft.) Playa de la Cocina on the southwest coast, is considered one of the Canaries’ most beautiful; others include Playa del Ámbar, Caleta de Arriba, Playa las Conchas (above), Playa Francesa, Playa Laja, and Playa el Salado (the longest, at 2km/1¼ mi., and also home to the island’s campsite). Apart from sunning and swimming, they’re also great for surfing, windsurfing, and kiteboarding – and in the turquoise Atlantic offshore, offer some fantastic diving and whale/dolphin watching. 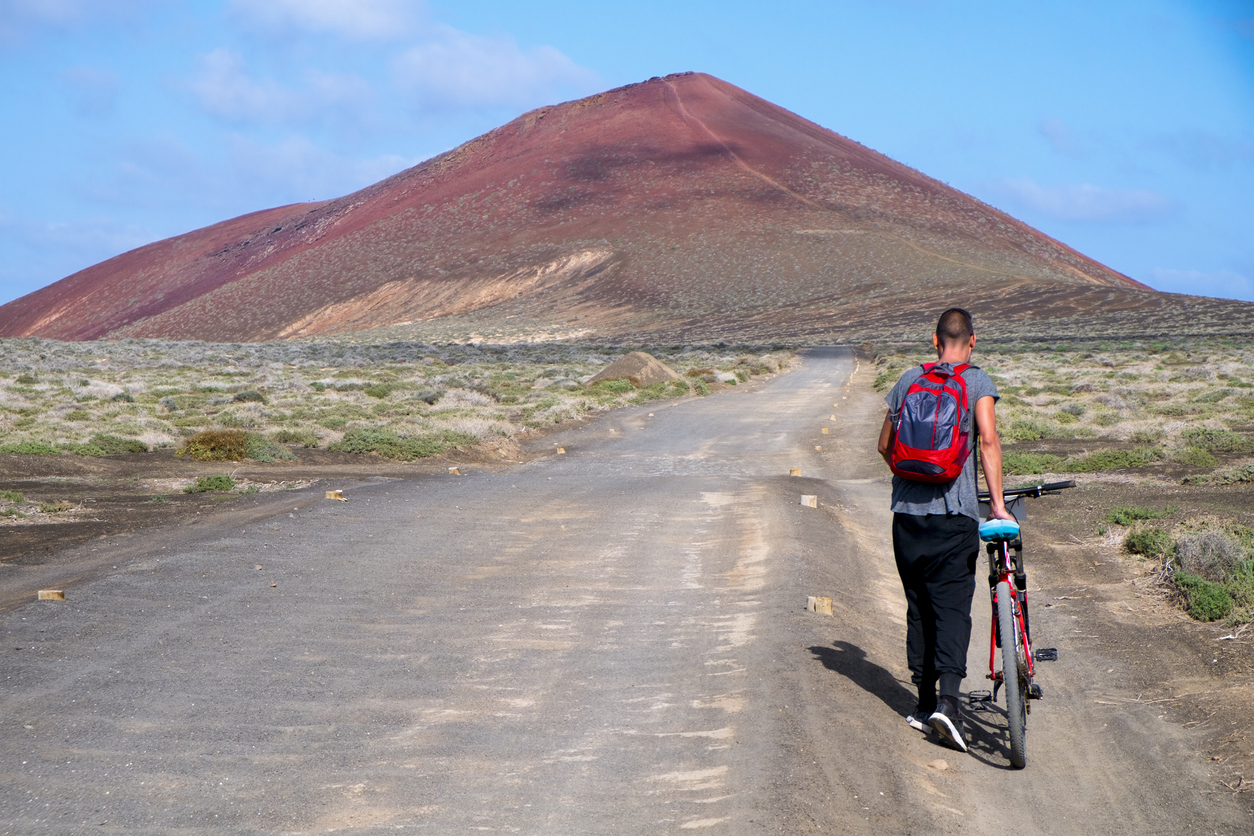 Active types will also enjoy hiking and biking (including electric bikes) along four main routes (one of which is a 32km/20-mi. circular route) through an arid but beautiful landscape that’s part of the protected – and UNESCO World Heritage – Chinijo Archipelago Nature Park, (this being a subarchipelago within the Canaries, covering a number of small islands and islets as well as the seas surrounding them – in fact, it’s Europe’s largest marine reserve).

So yeah, you want sunny and remote? By all means go Graciosa!