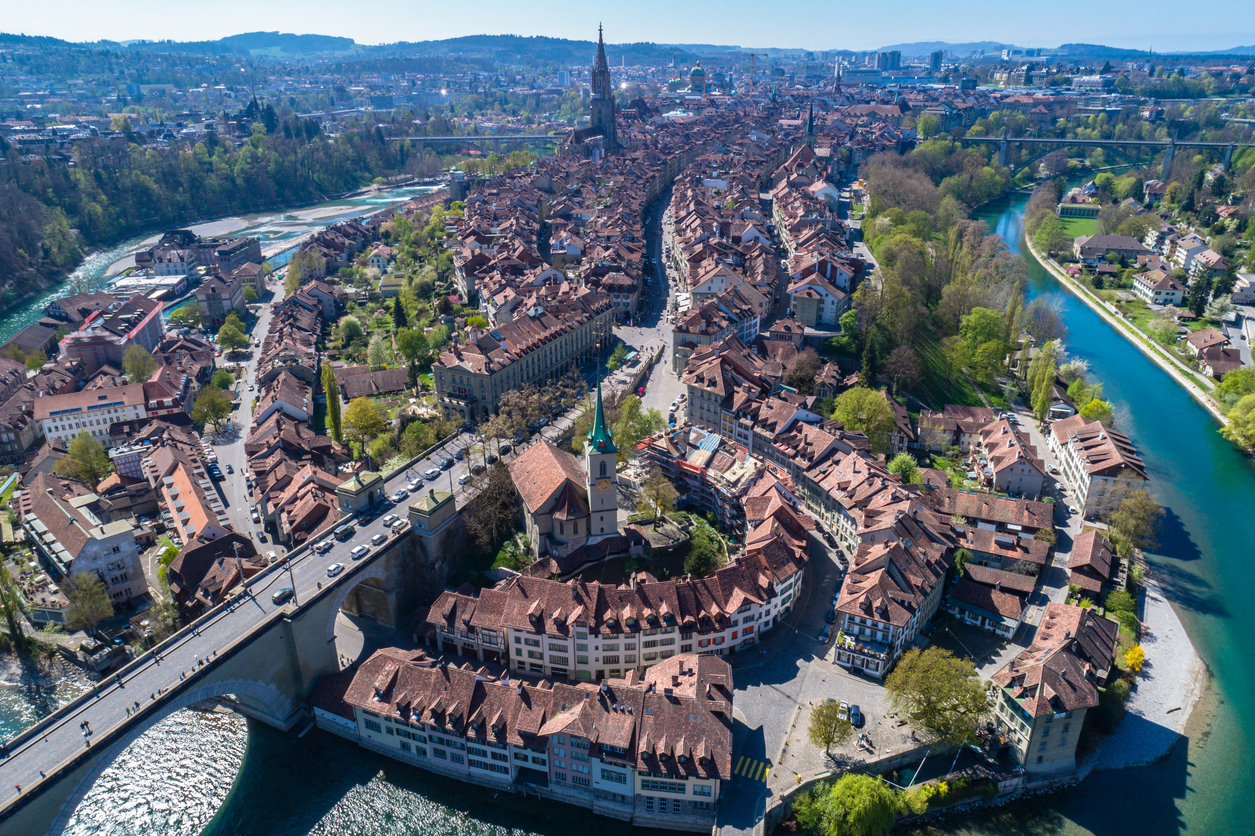 Quick, what’s the capital of Switzerland? No, not Zurich, not Geneva, nor even Lucerne, Lausanne or Basel. In fact, most of the Federal government is based in the low-key, German-speaking city of Bern (the country’s fourth largest, with a population around merely 134,00) on a mostly hilly plateau in east-central Switzerland between the Alps and the Jura Mountains. Founded in 1191 on a peninsula mostly surrounded by the swift, remarkably clean Aare River, it’s a pleasant, charming city – so charming, in fact, that its Altstadt (Old Town), rebuilt in 1405 in greenish grey sandstone after a fire, is a UNESCO World Heritage Site. And as an easy drive or train ride from Iberia gateways Zurich and Geneva (an hour to 90 minutes, depending), it’s definitely worth a day trip, and I’d say even an overnight or two. 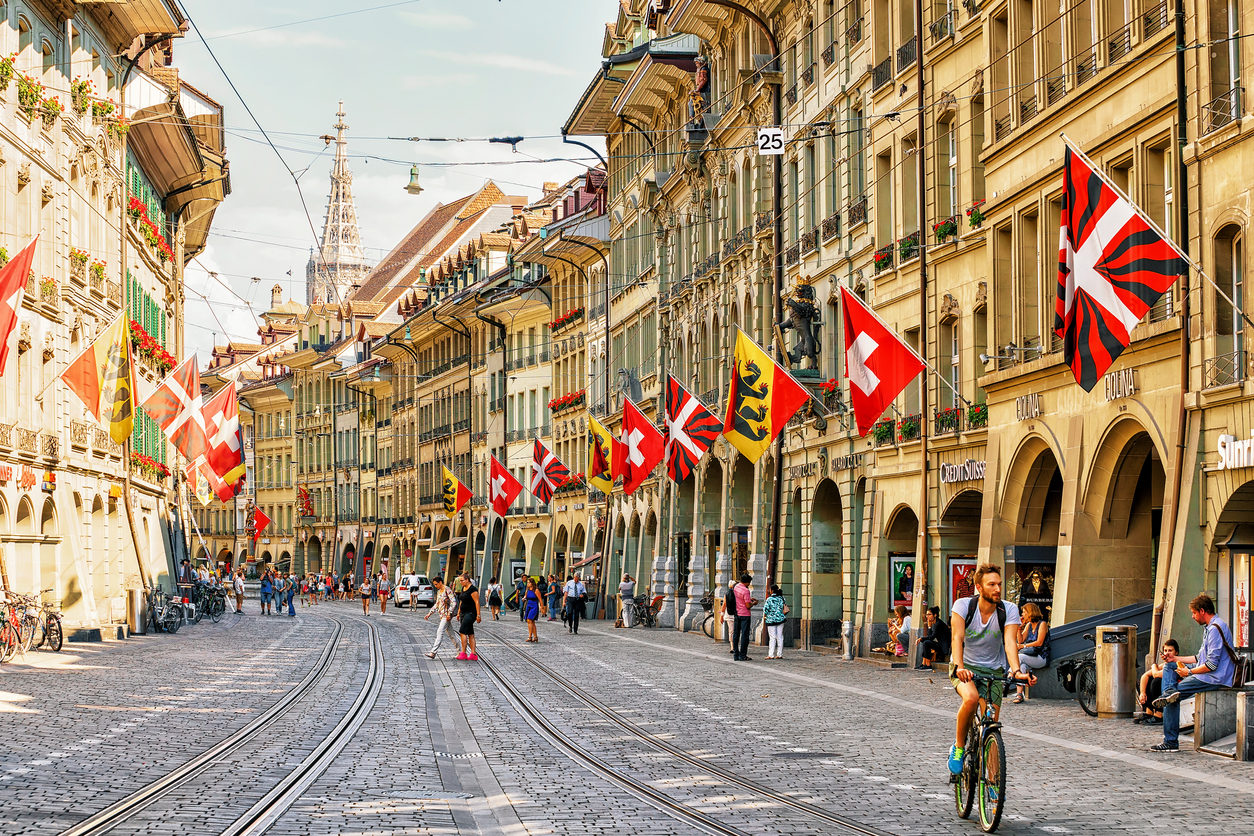 Bern has something of a reputation among the Swiss for being on the sleepy side, and the Bernese for being slow in both speech and motion, but I think this is a bit of an exaggeration, because the cobblestone streets – mostly pedestrian except for electric trams – of the flag-adorned Altstadt (as well as other parts of the central city) are generally bustling. They’re also quite distinctive because of more a bevy of mid-16th-century fountains with colourful statues (check out the astonishing “Child Eater”!) and some six kilometres (nearly four miles) of doughty stone arcades (though these days a bit marred with ads and shop signs), especially along the Altstadt’s main high street, Marktgasse, which at one point becomes Kramgasse. 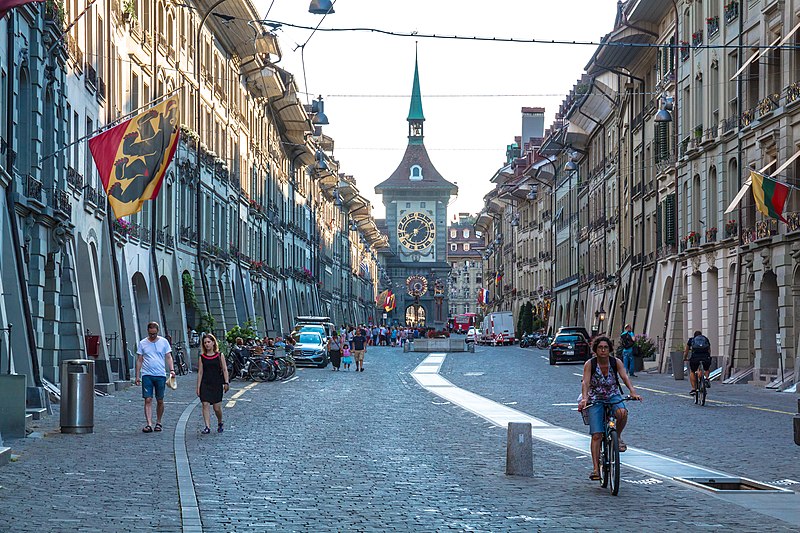 At the end of this Kramgasse, one of the Altstadt’s most iconic landmarks is a early-13th-century astronomical clock called the Zytglogge, part of the main gate of the original town hall. Like a few others of its type throughout central and northern Europe, it stars a merry cabal of little mechanical figures, especially bears (more about them later), which twirl around every hour on the hour – a whimsical tourist favourite, for sure (you can also sign up for the tour to get a look at the machinery from the inside). 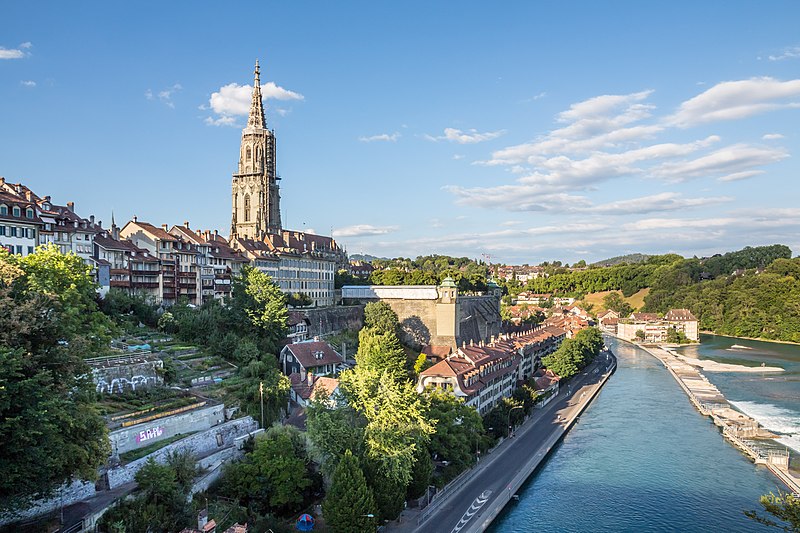 Another is the elaborate Protestant cathedral, the Berner Münster (above, dominating the skyline) – Switzerland’s largest church, built between 1421 and 1893. Go up to the spire (if you don’t mind the 344 steps!) for magnificent views over the city and surrounding landscapes. 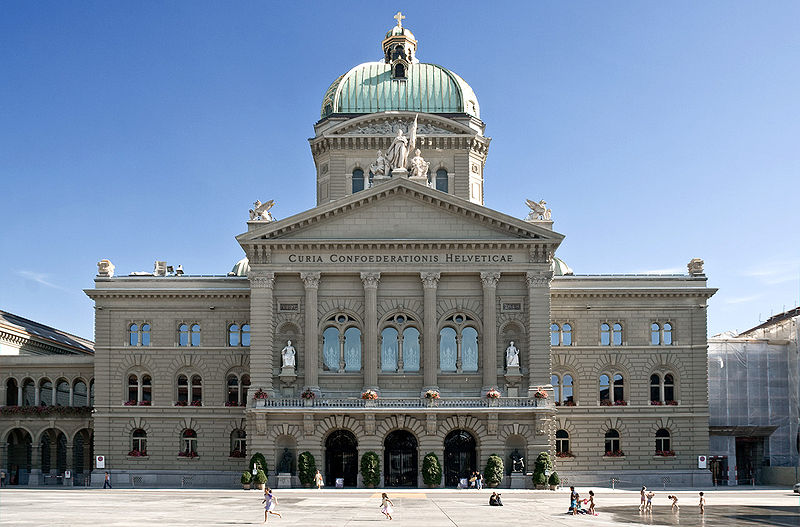 Then there’s the mostly neoclassical Bundeshaus, the federal parliament, with its distinctive green domes, inaugurated in 1902. For the past 16 years, the square out front has been spouting 26 jets of water  – one for each Swiss canton – through which in warm weather you’ll see delighted kids (and maybe even a parent or two) running delightedly. 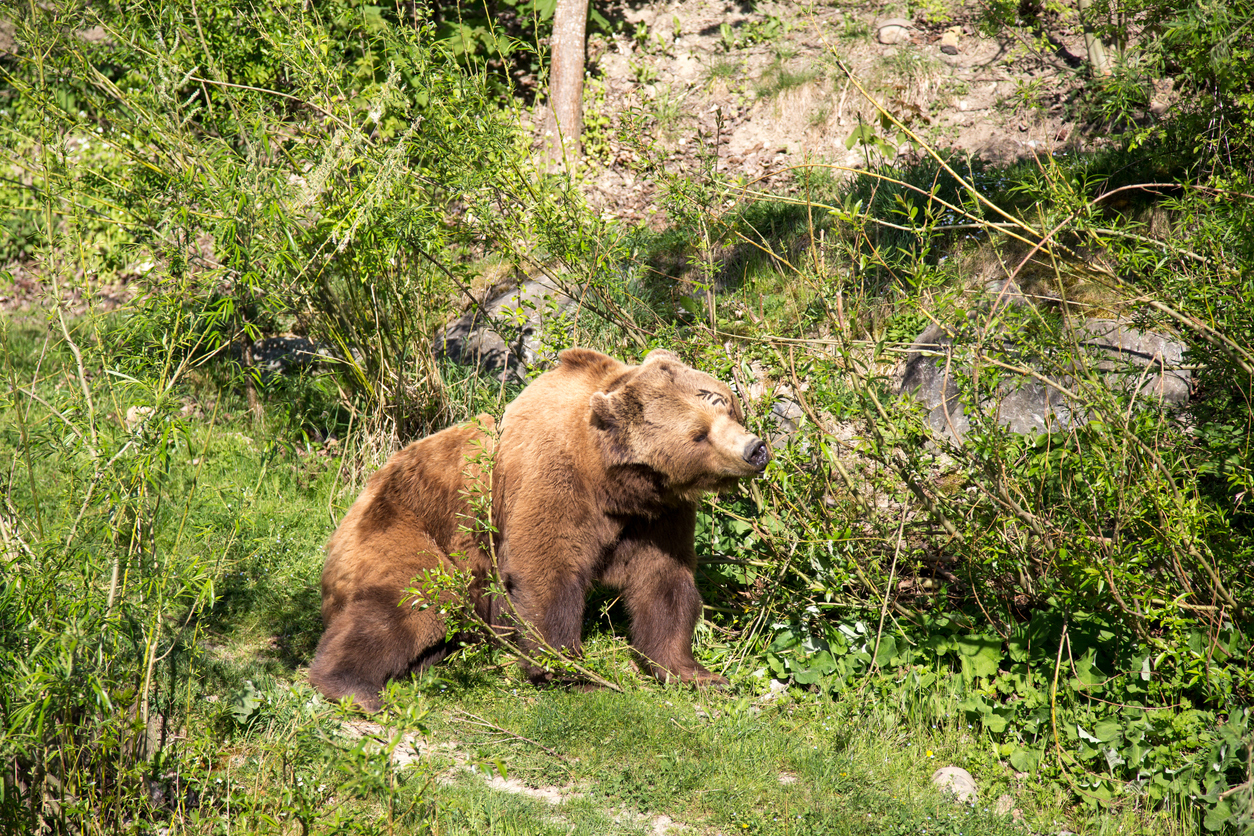 Perhaps the most unusual local icon is the BärenPark, a habitat overlooking the river which has existed in some form for centuries, home to a family of bears, which attract spectators to in particular watch the cubs play.  According to lore, Bern was named (in the German of the time, of course) by its founding duke for the first animal he encountered on a hunt, and so bears are also featured on the city’s crests and all around town. Animal lovers these days may not love this tradition, but at least these days their enclosure – last hugely overhauled and expanded in 2009 – is a whole lot more spacious than it was historically.

Do check out some of the local museums, too, such as the Einsteinhaus, the townhouse on the Kramgasse where the world’s most legendary genius lived from 1903 to 1905 (science geeks, be aware that it’s more life-and-times than e=mc², though Albert did actually come up with the formula between these humble walls). For much more on Einstein, check out the Historisches Museum on Helvetiaplatz, with fine permanent collection on regional history, archaeology, and ethnology, along with temporary exhibitions covering Switzerland and the world; right across from it is the cutting-edge interactive Communication Museum.

And for a breather from pounding the pavements, stop and smell the roses Rosengarten near the Bear Park, a cemetery-turned-park with more than 220 types of these fancy flowers, along with plenty of other blooms (plus springtime cherry blossoms) and views of beautiful old houses with tiled roofs. There’s also a good restaurant in here.

Finally, if you’re so inclined, there are also a number of great destinations and day trips and overnighters within an hour or so of Bern, such as the medieval city of Thun; Grindelwald and Interlaken in the Alps; and Gruyères (of cheese fame) and Montreux in French Switzerland.