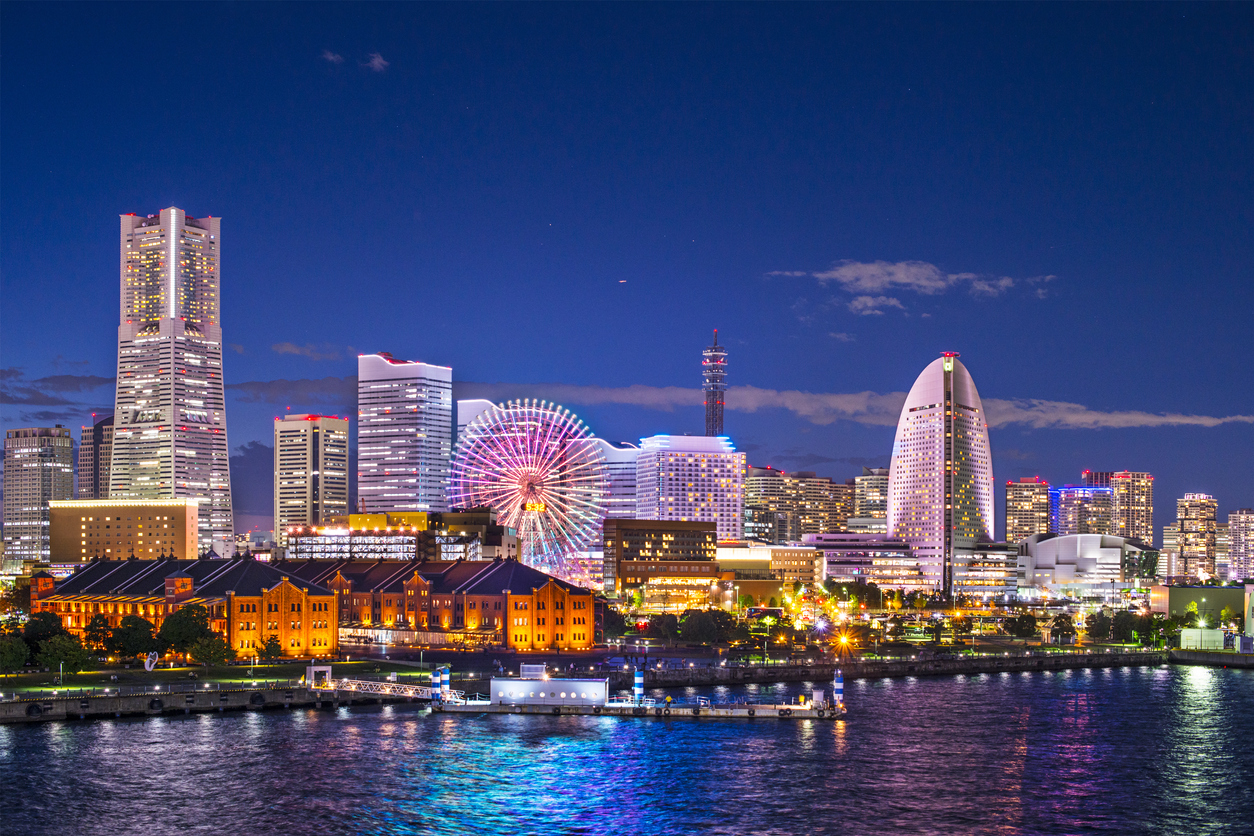 Astride Tokyo Bay just a half hour’s drive/train ride south of Japan‘s capital (it’s actually considered part of the greater Tokyo metro area), the country’s second largest city (pop. 3.7 million) and largest port isn’t particularly high on the tourism radar – it’s known more for industry and above all its commercial shipping. But its cosmopolitan vibe, excellent dining/entertainment scene, and smattering of historical sites make Yokohama a compelling destination for holidaymakers, as well – many of whom discover it as a cruise-ship port of call – with lots of fun, rewarding, and eye-opening things to do and see. Here’s a quick introduction, and you’ll see what I mean:

A small fishing village for centuries, Yokohama began its rise to prominence when in 1859 it became the first port for Japanese trade with the West, instigated by the “gunboat diplomacy” of U.S. Commodore Matthew Perry. Rebuilt after a 1923 earthquake, then again in the late 1940s following devastating Allied air raids during World War II, much of the city is thus fairly modern and a good deal more laid back than hustle-bustle Tokyo.

Starting with the historical, you can still see some of the remnants of the era when Yokohama was opened up to international trade. For example, the Akarenga Red Brick Warehouses  (above) were once customs facilities, completed in 1906, and now house a mall for fine boutique shopping and dining, as well as venues for art exhibitions, film festivals, and musical/theatre performances. Farther into the city, a few minutes west, the Yamate neighbourhood is home to a collection of 19th-century Western-style residences, churches, and other structures dating to the same era, when it was where foreigners lived (adjoining Motomachi, meanwhile, has a lot of shops including many high-quality local brands and handicrafts).

There are also several sites in town reflecting traditional Japanese culture. Up north of the city centre, Sankei-en (above) is a classical 17.5-hectare (43-acre) classical garden that once belonged to a wealthy late-19th-century silk merchant, and after it was opened to the public in 1906, a number historic buildings were relocated here, such as a 15th-century Kyoto pagoda, complementing the property’s various bridges, streams, waterfalls, ponds, and bamboo groves. Then there’s Tokuzenji, a Zen Buddhist temple founded around the year 1200, with beautiful gardens and architecture,  as well as a Zen meditation programme open to international visitors. Similar offerings – including guided tours and meditation in English – are on offer at another handsome, seven-building Zen temple complex, Sojiji, with roots in the 8th century but rebuilt in its current form in 1911. 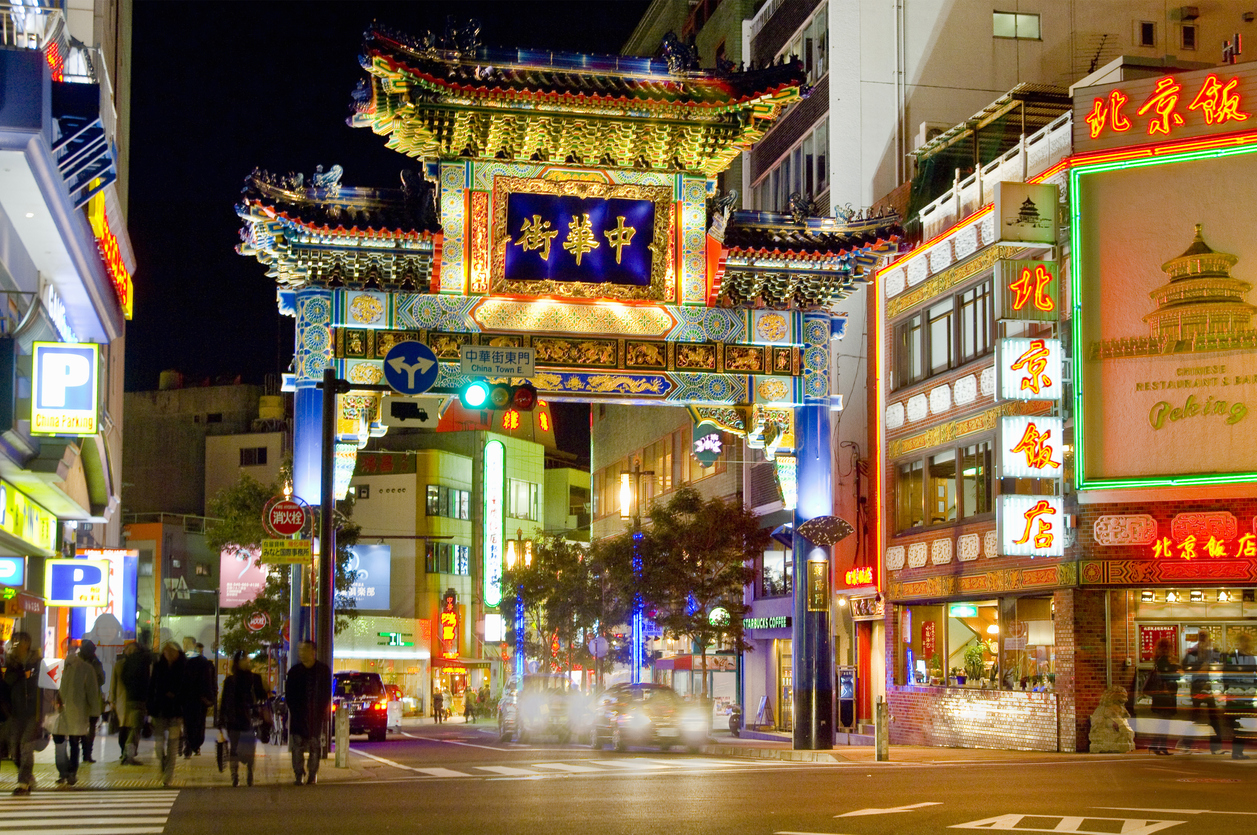 But most of central Yokohama’s attractions for visitors and locals alike are concentrated, like the Brick Warehouses, on and near its lovely, tree-lined waterfront. In the Yamashita district, check out the great city views from Omanbashi Pier (where all the big cruise ships dock) and a colourful Chinatown – also dating back to 1859 – which is the largest in Asia (outside China, of course), and second largest in the world, with more than 500 shops and restaurants. Why would you visit such a place when you’ve come to experience Japan? Well, for one thing, the food is as amazing as it is copious; one highlight is an eight-storey foodie mall modeled after 1920s, Art-Deco-era Shanghai. The views are also superb from beautiful Yamashita Park, where you can visit the restored oceangoing 1930s passenger/cargo ship Hikawa Maru and catch a harbour cruise. 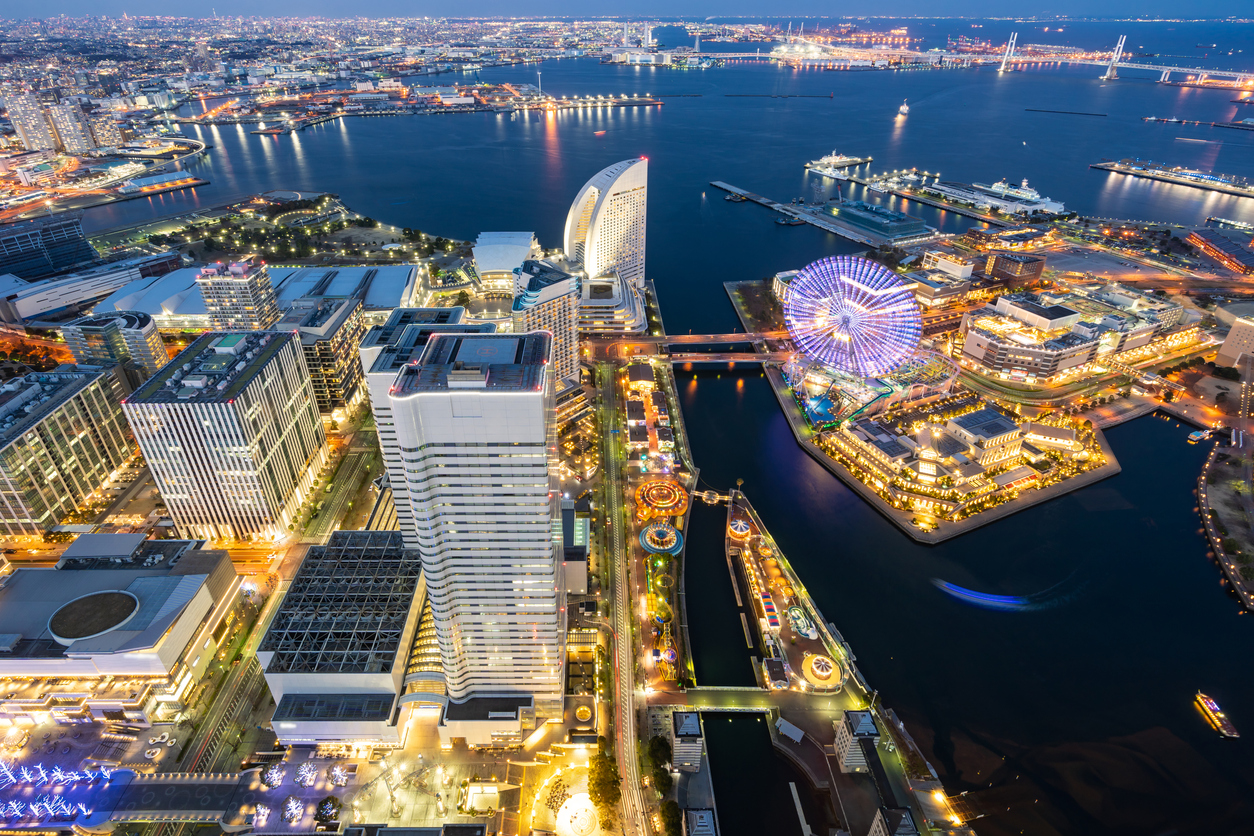 Also down here, one of the biggest destinations in the whole city is the ultramodern Minato Mirai 21 development. Here you’ll find the 30-year-old Yokohama Museum of Art, which besides noted Japanese modern artists also displays the likes of Constantin Brâncuși, Paul Cézanne, Max Ernst, René Magritte, and Henri Matisse, as well as Spaniards Salvador Dalí, Joan Miró, and Pablo Picasso; Dada and Surrealism especially well represented. Nearby, the Orbi Interactive Nature Experience, developed by Sega and BBC Earth, was inaugurated six years ago as the first of its kind, with a theatre and 12 walk-through entertainment experiences drawing on animal and nature themes exploring the full variety of life on earth – in the deep seas, polar regions, jungles, and the skies – using amazing imagery, physical sensations, and high-tech sound and even scent technology. Meanwhile, at Yokohama Station, the Nissan World Headquarters  will get car buffs’ motors revving for sure with its antique and contemporary models alike (if you want even more tech – past, present, and future – check out the Mitubishi Industrial Museum, with cool exhibits including green energy to aerospace).

And of course there are various shopping centres, including the one in the Landmark Tower, which as Japan’s second tallest building (296 metres/972 feet) is worth a visit for the 360-degree panoramic view from its 69th-floor observatory – on clear days, all the way up to Mount Fuji. The tavern district features plenty of restaurants and watering holes (some featuring live jazz; the city is one of Japan’s jazz meccas, and hosts the country’s largest jazz festival, the Yokohama Jazz Promenade, each October). The compact  Cosmo World amusement park – especially geared toward younger kids – includes a 112m (367-ft.) Ferris wheel, one of the world’s largest. 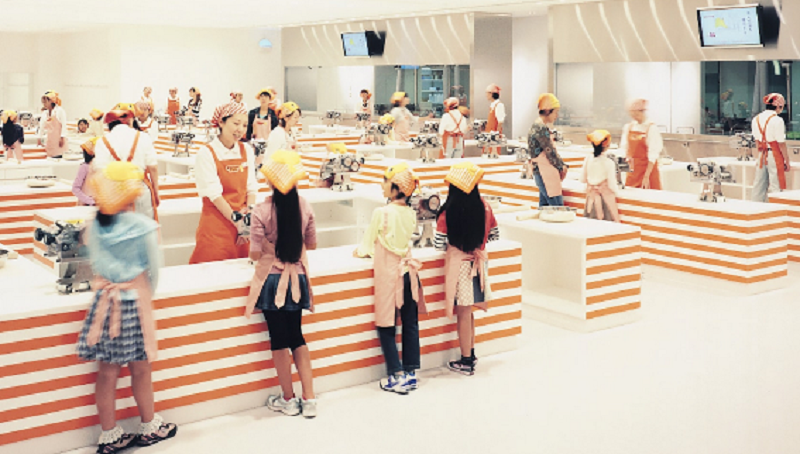 At the Cupnoodles Museum (above), in addition to displays of this Japanese invention, you can design and compose your own cup of dried ramen (just add hot water!), and kids can learn how to make the stuff. If that leaves you wanting even more, head over to the Yokohama Station’s Ramen Museum, billed as the world’s first “food amusement park”, with a movie-set-like interior mimicking a street from 1958 (when instant ramen was first invented) and lined with nine ramen shops offering myriad regional types and styles.

Finally, up north of city centre, Hakkeijima Sea Paradise has one of Japan’s largest aquariums, plus an amusment park and another shopping mall, and the Kirin Brewery offers tours (though in Japanese only, so you’ll have to just go along for the ride), interactive displays, and free samples.

So as you can see, if you’re up for an urban day trip or overnighter from Tokyo, Yokohama offers lots of cool drama!