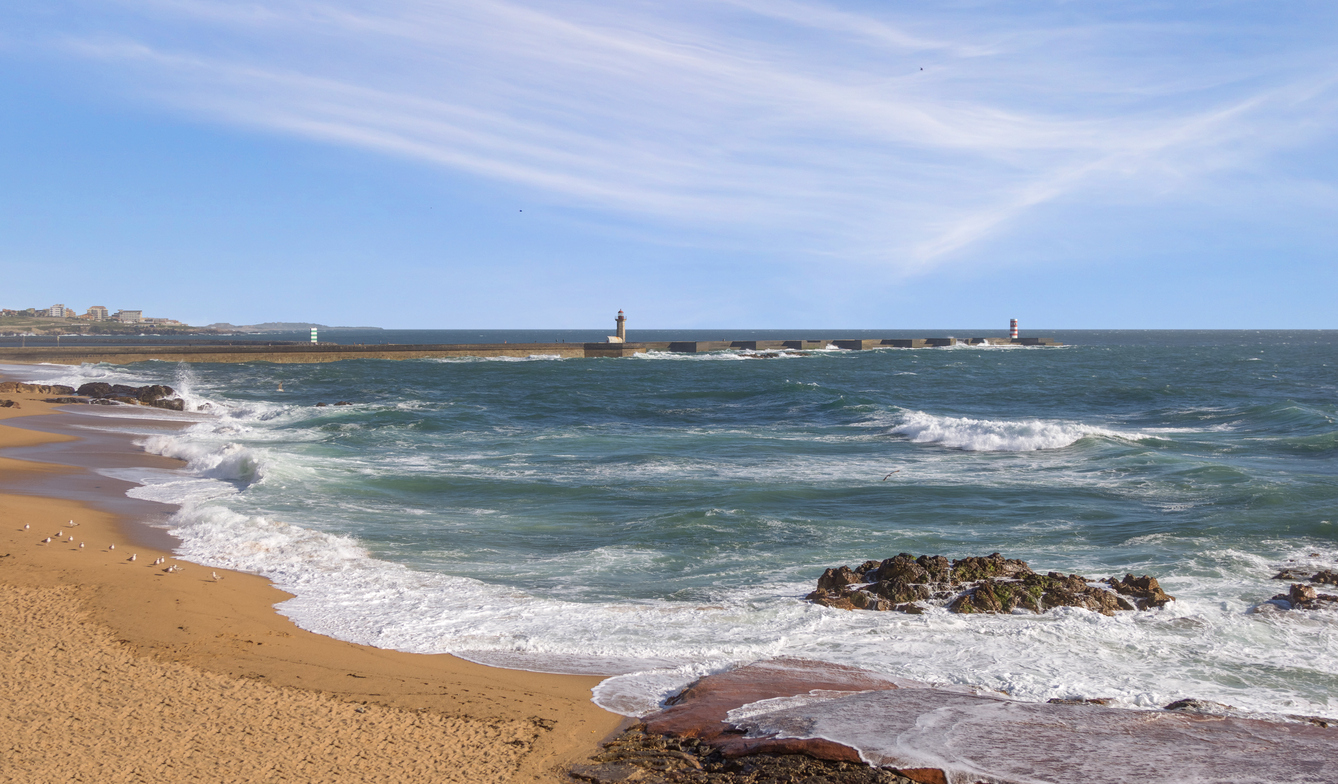 Up in the north of Portugal, the country’s second largest city Porto is, with its eponymous wine tradition and UNESCO World Heritage old quarter, together with Lisbon without a doubt one of Portugal‘s most charming urbs, but if you happen to be up here when the weather’s warm, I’d highly recommend a day trip – just ten minutes by car and no more than a half hour via the Line A of Porto’s Metro – out to the nearby Atlantic coast, where another, much smaller and also picturesque city called Matosinhos is famed for its seafood and its wide, glorious beaches.

This stretch of coast is known for its wide beaches and clear, fresh waters – perfect for some bodacious beaching, whether it’s sunbathing; playing in the surf; surfing said surf (local schools can help you learn, as well); playing beach volleyball; enjoying refreshments from the beach kiosks; or simply strolling the wooden Passeio Atlântico walkway that winds along the edge of the sands. 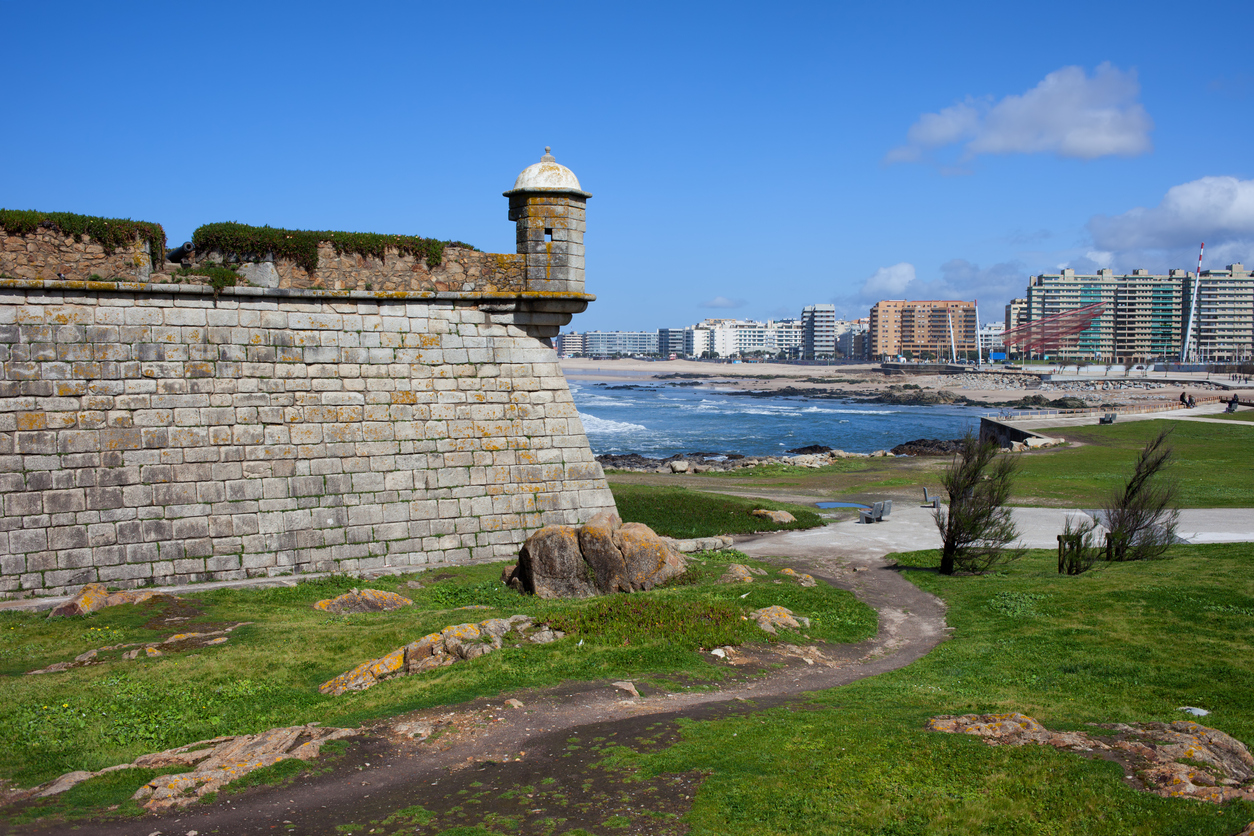 This coast is about more than just sun, sea, and sand. If you’re up for a bit of history near the beach, check out the trapezoidal Castelo do Queijo (above, its full name São Francisco do Queijo), which somewhat whimsically means “Cheese Castle”, named for the the fact that the pitted rocks around it evidently reminded them back in the 15th century of cheese.  Within its doughty walls and turrets you’ll find a museum which tells the fort’s story (particularly its role in defending against Spanish ships during the 17th-century war of Portuguese independence from Spain).

Near one of the local Matosinhos beaches, the Praia do Espinheiro, you’ll spot a fairly large, square stone monument with four arches. The Padrão do Bom Jesus was built in the 18th century on the spot where legend has it an image of Jesus was found and in any case over the years became a local icon and site of religious devotion, especially by fisher folk. Even today, candles are placed around it every 1 November in memory of those lost at sea. 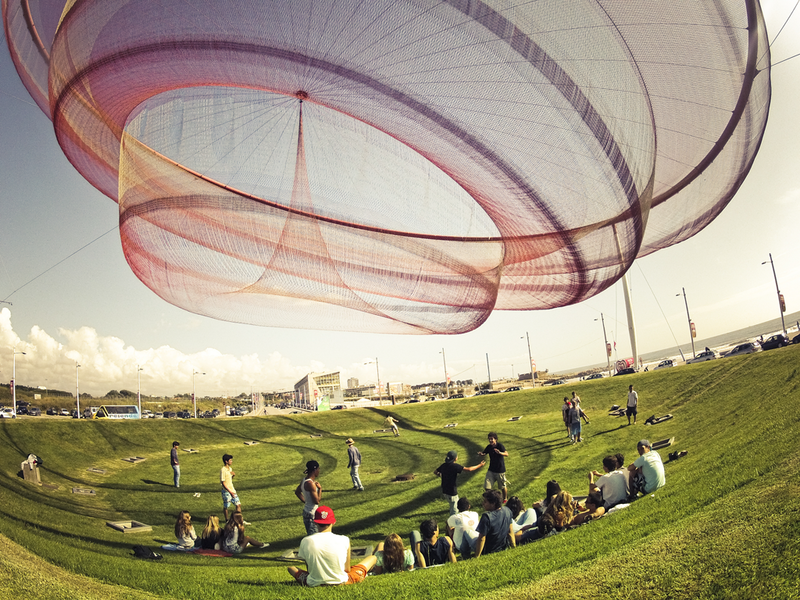 On the much more recent side, have a look a the graceful, 14-year-old installation She Changes, by U.S. artist Janet Echelman, a billowing netlike structure (locally dubbed “the anemone” due to a resemblance to said sea creature) designed to reflect Porto’s and Matosinhos’s seafaring and industrial heritage, the net referencing the centuries-old fishing tradition and its three support poles painted to resemble smokestacks and lighthouses. And right near the Castelo do Queijo is Sea Life, Porto’s aquarium, with sections devoted to sea caves, the Douro River, seahorses, an ocean tunnel, and more.

One of the top events of the year out here on the coast is the Galp Beach Party on the stretch of beach called Praia do Aterro Norte, which for two days at the end of each June turns into an enormous dance floor for an electronic music festival with top-notch performers of the genre, on the order of Martin Garrix, Hardwell, Steve Aoki, and Afrojack.

Over among the streets of the city, landmarks include the Igreja do Bom Jesus, built in the 16th century and given an elaborate Baroque makeover in the 17th, and the Mercado Municipal, where each morning dozens of stalls hawk produce and fresh seafood as well as local handicrafts in an airy, whitewashed midcentury building. 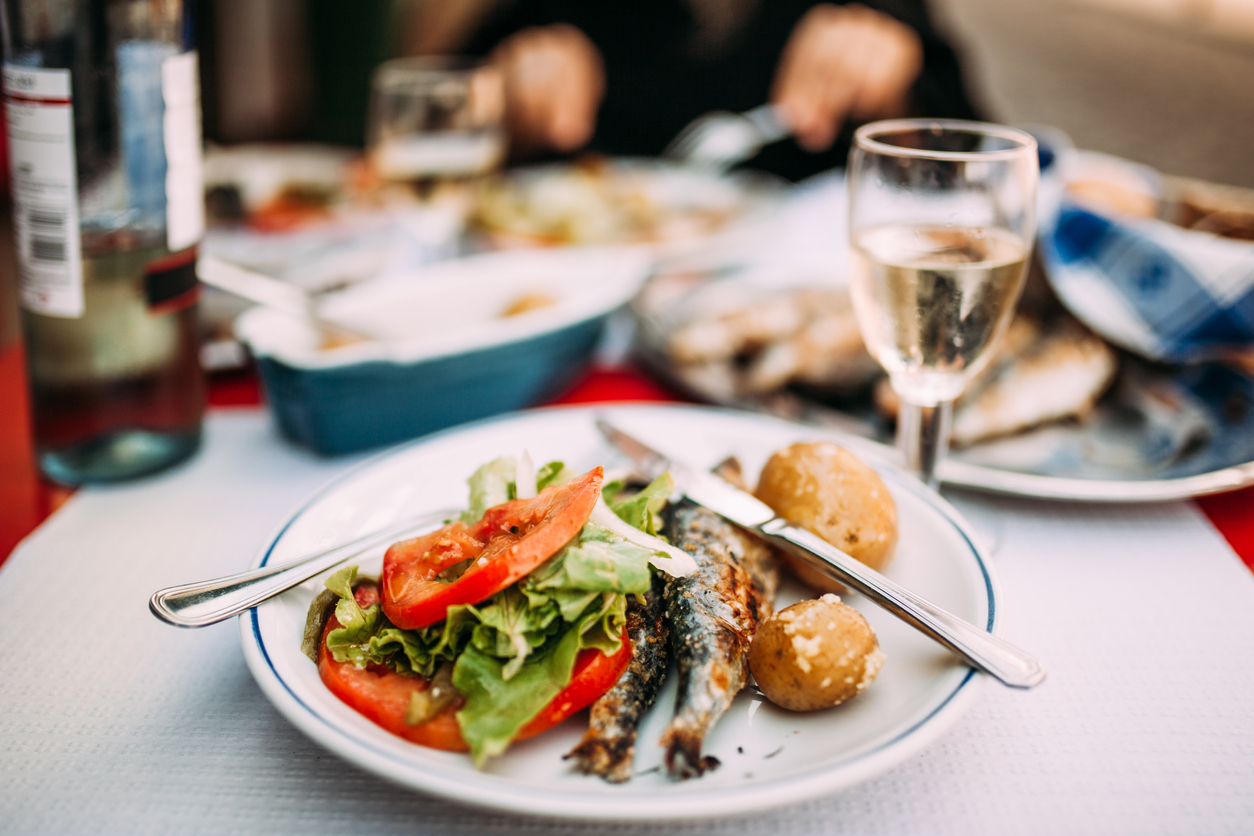 As I said at the top, Matosinhos’ other big claim to fame is the quality of its fresh fish and shellfish, and you can best experience it firsthand on a street that runs parallel to the beachfron, Rua Hérois de França, full of traditional restaurants which bring their grills out to the street and cook there seafood right in front of patrons, perfuming the air with the scent of roast sardines (above) as well as variety of other seafood such as octopus, clams, paella-like seafood rice, and lots more.