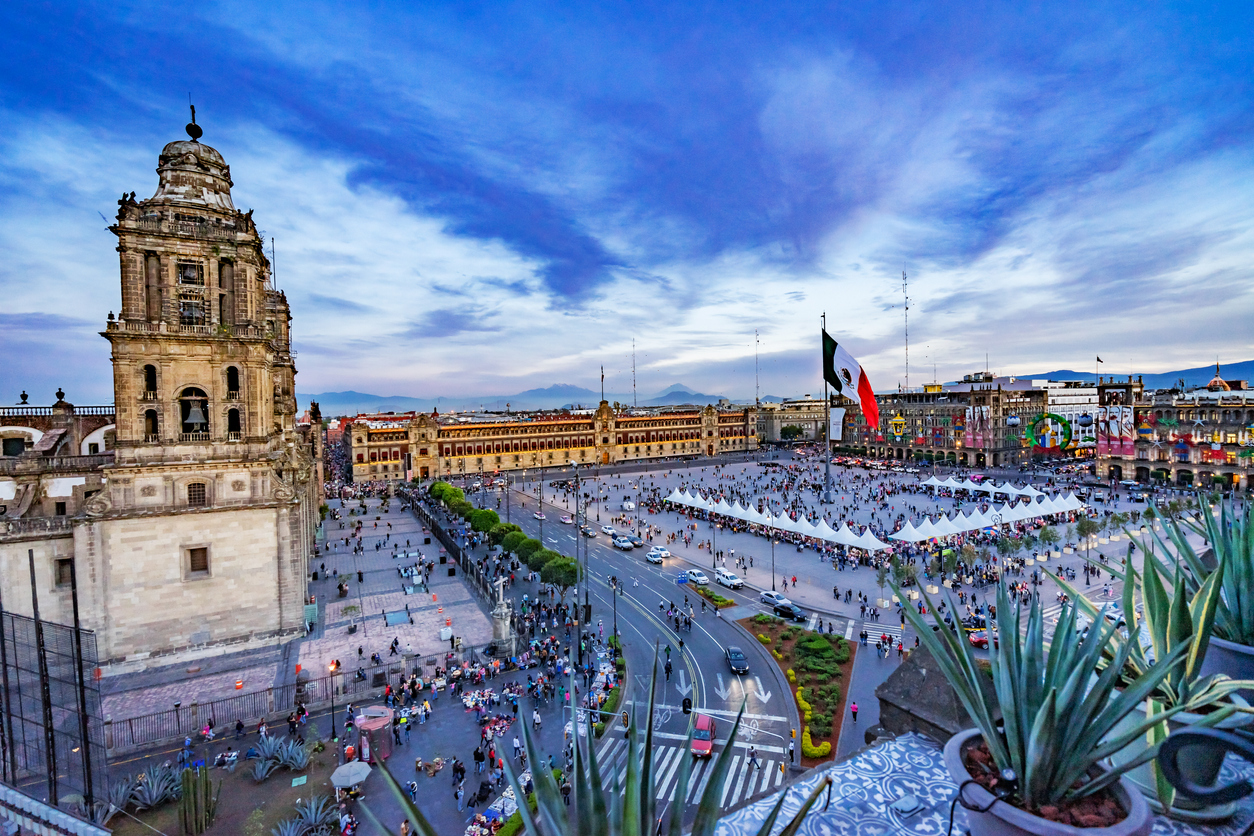 One of the world’s great capital cities holds myriad fantastic corners and attractions across its massive 1,485 square kilometres (573 sq mi.), but Mexico City‘s most compelling remain at its 16th-century, UNESCO World Heritage heart, Colonia Centro, aka the Centro Histórico. Sadly, this nine km² (3½-sq.-mi.) core occupying 668 blocks was for much of the 20th century a “no go” for many visitors because it was abandoned by locals in favour of other neighbourhoods as well as suffering earthquake damage in 1985 – and thus became badly deteriorated and even dangerous, especially at night. But the past two decades have seen a revitalisation and renaissance, and these days it’s once again a delightful – and incredibly fascinating – area to safely enjoy both in the daytime and after dark. 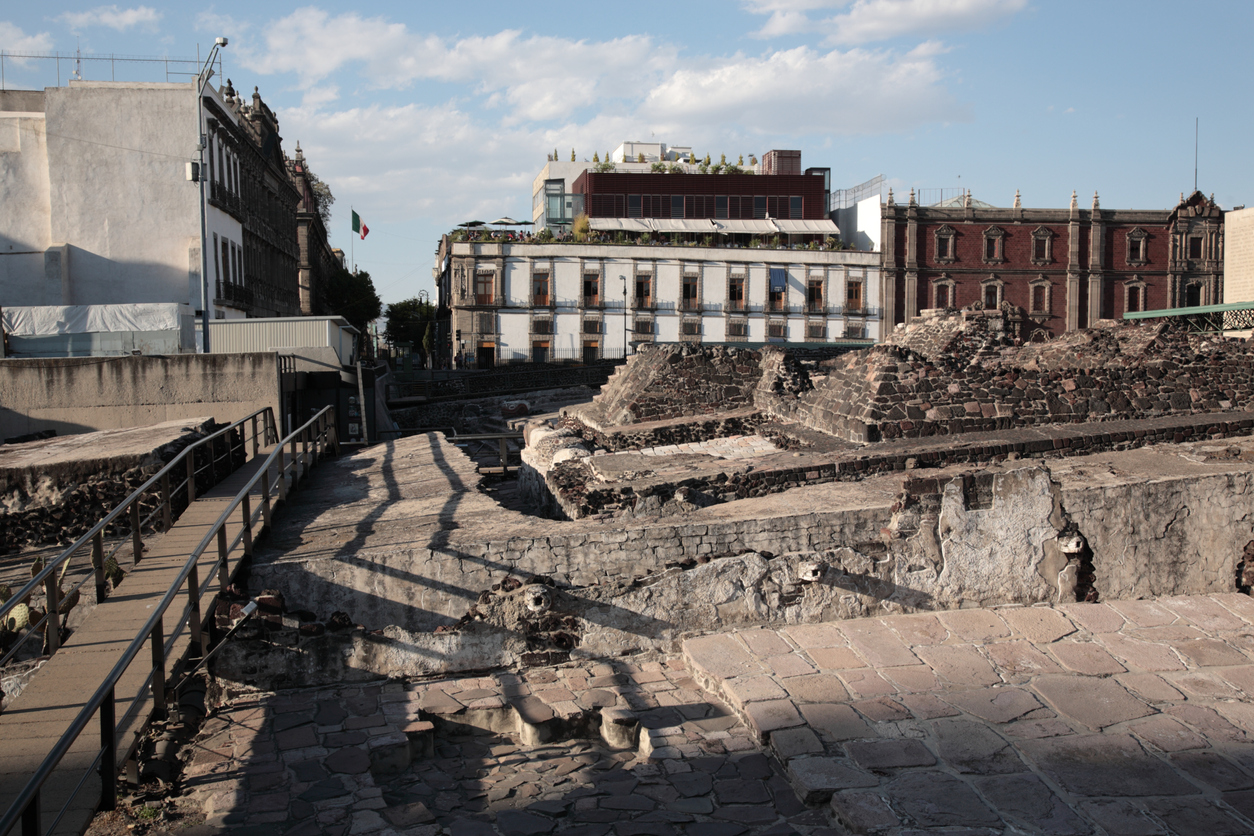 The heart of Colonia Centro is of course its main square – the world’s second largest after Tiananmen in Beijing. The Plaza de la Constitución – better known to all as El Zócalo – is ringed by a series of important buildings, most notably the Catedral Metropolitana on its north side, built in phases from 1573 to 1813 in a mix of Gothic, Baroque, and Neoclassical styles. The entire east side is occupied by the Palacio Nacional, seat of Mexico’s Federal Executive including the presidency. Off the northeast corner, between the two of them, is the Zócalo’s most fascinating landmark, the remnants of the Templo Mayor of precolumbian Tenochtitlán and its accompanying museum. What’s left of the main temple of the Aztecs, built in stages between the early 14th and late 15th centuries and largely demolished by the Spanish conquistadores, are sections of the temples seven successive phases, built on top of each other, including sculptures, skull racks, and passageways – fascinating!

Out on the Zócalo itself, there’s always something going on, whether it’s a special event, festival, parade, demonstration, concert, or just daily activity – including impromptu music or dance performances and food and handicrafts vendors such as the Náhuatl ladies selling handmade traditional inditas or María dolls. 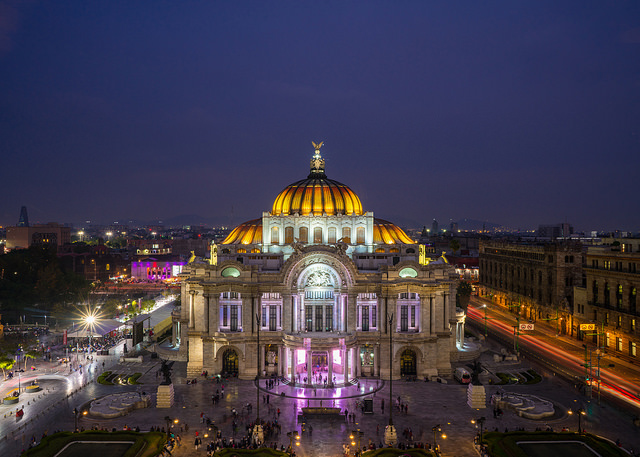 Heading out from the Zócalo west along Avenida 5 de Mayo, after six blocks we arrive at one of the country’s foremost cultural institutions as well as one of the world’s more prestigious performance venues, the Palacio de Bellas Artes (above), built in grand Art Nouveau and Neoclassical style in 1934. It’s home to all manner of music and dance performances – and a performance by the Ballet Folklórico de México is not to be missed, a mesmerising journey through this country’s folk music and dance stretching back to pre-Hispanic times. Also in here you’ll find fantastic art by the great 20th-century muralists  Diego Rivera, David Siqueiros, and José Clemente Orozco, as well as other artists, along with the National Architecture Museum on the third floor.

Other notable landmarks around busy Cinco de Mayo Avenue include the Casa de los Azulejos, the 18th-century Baroque “House of Tiles” , covered on three sides by the characteristic blue-and-white tile of Puebla state. You can also get an eyeful of the elaborate interior, now occupied by the most famous branch of the Mexican restaurant chain Sanborns. 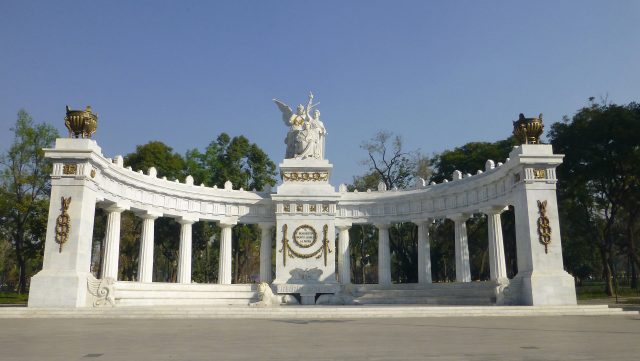 Alongside the Bellas Artes is another wonderful spot, the Alameda Central, at 427 years old the oldest public park in the Americas., built in the image of Seville‘s Alameda de Hércules park. It’s named after the álamos (poplar trees) which abound here, and packed with various fountains, monuments (such as the Hemiciclo dedicated to beloved 19th-century president Benito Juárez, above), and statues, and is wonderful for watching chilangos (Mexico City residents) at leisure (though street vendors are no longer allowed in here). Also alongside the park is the Diego Rivera Mural Museum showcases his enormous 1947 work Dream of a Sunday Afternoon in the Alameda Central, featuring many of the great figures of Mexican history.

And a block away from the park, the Torre Latinoamericana is the oldest skyscraper in DF (for distrito federal, another common way of referring to Mexico City, as is CDMX), opened in 1956. At 44 floors and 166 metres (545 feet) tall, it was the city’s first structure designed specifically to withstand earthquakes. Take the lift up to the top-floor Mirador for some sweeping views out over DF, and hang around to check out the museum of city history and another devoted to the 2021 bicentennial of the country’s independence (there’s also a shop, café, and restaurant up here). 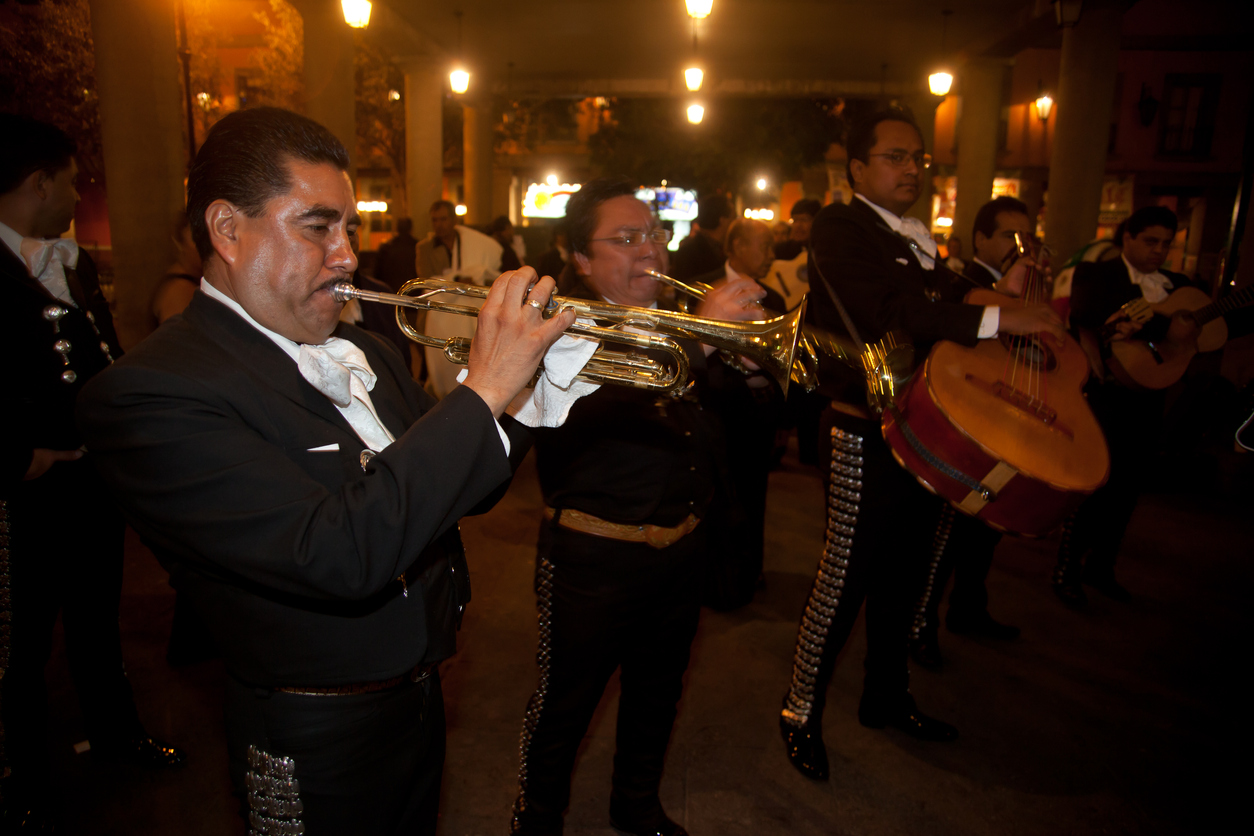 Other noteworthy museums in the area include the Museo Nacional de Arte (MUNAL), housed in a grand, early-20th-century Neoclassical pile on Calle Tacuba, with a comprehensive collection covering the early colonial period through the 1950s. Another is the Museo Franz Mayer in a 16th-century former Catholic hospital on Avenida Hidalgo, home to Mexico’s largest permanent collection of decorative art, including colonial ceramics, folk art, jewelry, traditional textiles, and more, along with temporary exhibitions.

After all this sightseeing and culture, head several blocks north of Alameda Central to Plaza Garibaldi, CDMX’s mariachi central, in the form of a small plaza ringed with a variety of cafés, restaurants, and bars (the most notable being the 94-year-old Salón Tenampa cantina) swarmed both during the daytime and especially at night by mariachi bands (above), both enertaining patrons and drumming up business for weddings and other events. Also check out the pretty cool Museum of Tequila and Mezcal (tasting included, of course).