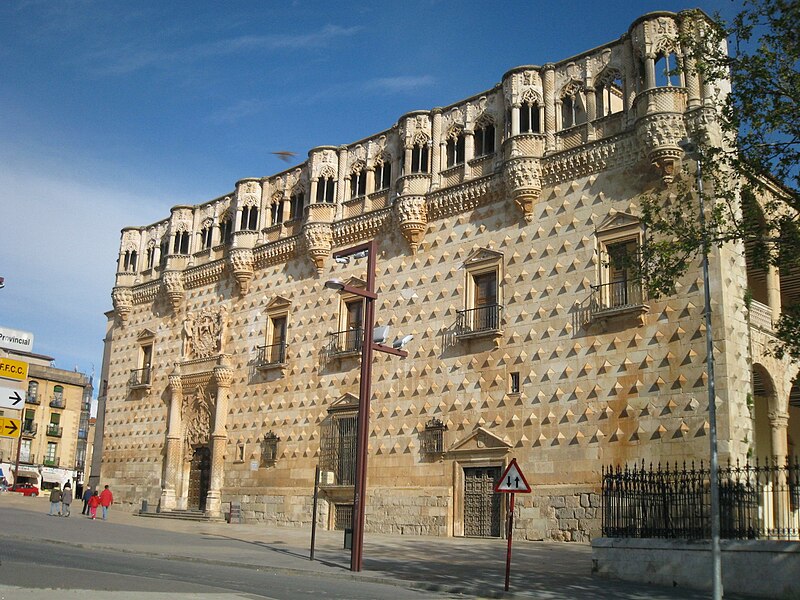 Travel aficionados might be more familiar with the áppealing city of Guadalajara in Mexico, but the original, after which it was named, is a province of Castile-La Mancha which doesn’t get nearly as much attention from visitors as, say, its neighbours Toledo, Cuenca, and of course Madrid, but which harbours more than its share of treasures – cultural, historic, and natural – including several that are pretty unique. And if you love Spain, after seeing its “A-list” destinations, a visit to this remarkable, mountainous region sprawling across some 12,190 square kilometres (4,707 sq. miles) can be rewarding indeed. So here’s a little intro to whet your appetite.

The province’s compact capital is the eponymous city of Guadalajara (pop. 84,000), just an hour northeast of Madrid – making it a nice day trip, but also meriting much more time, together with its surroundings. Founded in the 8th century as Wādī-al-Ḥajāra, it was part of Islamic Al-Andalus, and there are several monuments left over from those two centuries before it was reconquered in 1085 by the Christian forces of Alfonso VI, king of Castile and León.

In the centuries since, its casco viejo (old quarter) took on a marked Renaissance and Baroque flavour, with the Plaza Mayor at its centre, presided over by the whitewashed neo-Renaissance city hall, built in 1906. The most notable landmarks including the magnificent, 15th-century Palacio del Infantado, seat of the aristocratic Mendoza family which dominated the city for much of its history (history buffs might recall Cardinal Pedro González de Mendoza, who in the 15th century became reknowned as much as a statesman and soldier of the Christian Reconquest of Spain as a cleric, and among other legacies had a premium brand of sherry wine named after him, lol). Today it’s home to Guadalajara’s venerable provincial museum (Spain’s oldest, founded in 1838), with an archaeological, fine art. and ethnographic collection reaching back to pre-Roman times, when this region was dominated by Celtiberian tribes (more about them later).

Among other musts are Moorish remnants such as the arched 10th-century bridge across the Henares River and the ruins of the crenellated, 9th-century Alcázar Real, still being excavated by archaeologists in addition to being open to the public. Bejanque Gate is the only thing left of the 14th-century walls that once protected the medieval city, and to get a better sense of what that city was like, check out the 13th-century tower and bridge of El Alamín, now home to an exhibition about Guadalajara of the Middle Ages.

High on the list of notable churches is the Co-Cathedral of Santa Maria the Greater, with architecture ranging from the 13th to the 17th century and with much Mudéjar influence (post-Reconquest but with Islamic elements added by converted Muslim artisans). Another include the mid-16th-century Church of San Ginés, on another major square, the Plaza de Santo Domingo, and the 14th-century, Gothic-Mudéjar Church of Santiago. On the secular side, check out grand palaces such as the 17th-century Palacio de la Cotilla, as well as the 16th-century Palacio de la Condesa de la Vega del Pozo and Palacio de Antonio Mendoza with its beautiful courtyard.

Out in Guadalajara Province

For even more medieval ambiance, one of the province’s most outstanding destinations in Sigüenza (above, pop. 4,400), an hour north of the capital, also founded by the Moors and claimed under the Reconquest in 1184. A good portion of its skyline is dominated by the imposing, crenellated Castle of Sigüenza, built by the Moors on Roman foundations and today housing an atmospheric parador (one of the network of quasi-state-owned inns, many in historic properties like this one). And here, too, the Plaza Mayor lies at the centre of town, many of the square’s Renaissance buildings dating from the late 15th century, such as the Casas de los Canónigos with their balconies and galleries, the town hall, and the Puerta del Toril gate. The third major sight is the early-12th-century Cathedral of Santa María, with its massive façade (sporting Romanesque towers and portico as well as a magnificent rose window) and various treasures inside including exquisite art (the star of which is an Annunciation by El Greco), cloister, Gothic choir stalls, and most famously the Renaissance tomb of one Martín Vázquez de Arce, known as the Doncel of Sigüenza (young knight), who died in he battle to reconquer Granada. These along with assorted historic churches and other buildings makes a visit to this gem a real treat. (And by the way, there’s also a “medieval train” which makes the 90-minute run between Madrid and Sigüenza on Saturdays April through June and September through November, with jesters and other period entertainment along with sweets and pastries.)

There are a number of charming and historic small towns scattered across the province, including Atienza, notable for its tall, blocky, 12th-century Romanesque castle; Brihuega, spectacularly sited amid rugged gullies, with a nice little historic core and also known for its surrounding lavender fields in the Tajuña Valley; Hita, with its lovely Gothic old quarter and home to a marvelous medieval festival each July; and Zorita de los Canes, whose stars are another, 12th-to-13th-century Romanesque castle, built like a maze, but most especially the archaeological ruins of and accompanying visitor centre of Recópolis (above) on the Tajo River, a palace and city founded in 578 that’s a rare, particularly large relic of Iberia’s early-medieval Visigoths (after the Romans and before the Muslims); Zorita is less than an hour southeast of Guadalajara city.

Finally, nature lovers will adore the Alto Tajo Nature Reserve, about two hours’ drive east of the capital, whose 1,057 km2 (408 sq. mi.) sprawl across pine forest with imposing cliffs, canyons, gorges, many formed by the Tajo River. Fauna includes mountain goats as well as a wide variety of bird species, including raptors such as various kinds of eagles, falcons, hawks, vultures, and owls. There are a number of visitor centres, and guided hikes are available.

And while you’re in this city and province, don’t forget to sample local specialities such as roasted lamb and kid goat drenched in “breve”, an aromatic vinegar-herb dressing, as well as bizcochos borrachos (sponge cake soaked in alcohol) and divine Alcarria honey.