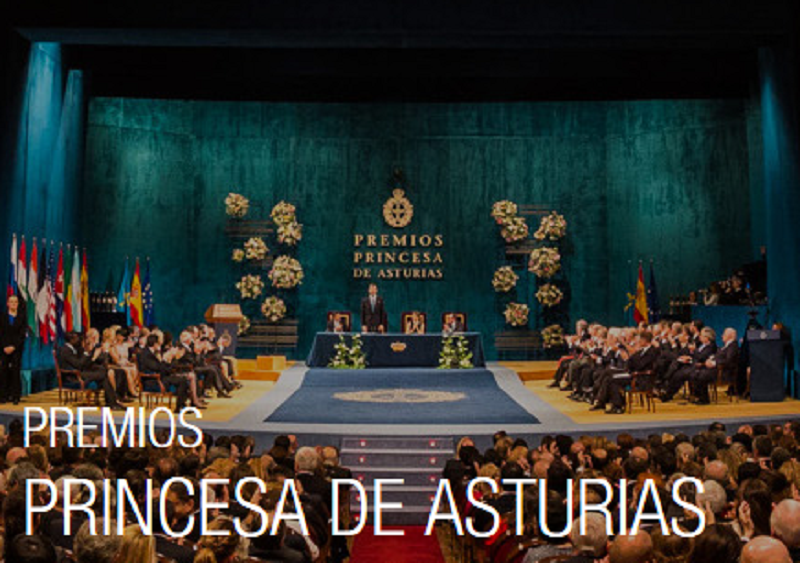 Just as the Prince of Wales is the heir apparent to the throne of the United Kingdom, in Spain it’s the Prince of Asturias (or rather, now for the foreseeable future, the Princess of Asturias). And in 1980 when he was PoA, King Felipe VII established a foundation to award prizes “to contribute to, encourage and promote scientific, cultural and humanistic values that form part of mankind’s universal heritage” – exactly à la Nobel Prizes. In the ensuing three decades, these awards have become a prestigious tradition, and every October eight of them are bestowed on a wide variety of international figures in the historic Campoamor Theatre of the Asturian capital Oviedo (a bestowal still being performed by King Felipe until his daughter the Princess of Asturias, 13-year-old Leonor, comes of age in four years’ time). This year’s ceremony took place this past Friday (and by the way, Leonor did for the first time she make her own speech, and acquitted herself well), and here’s a look at the honorees: 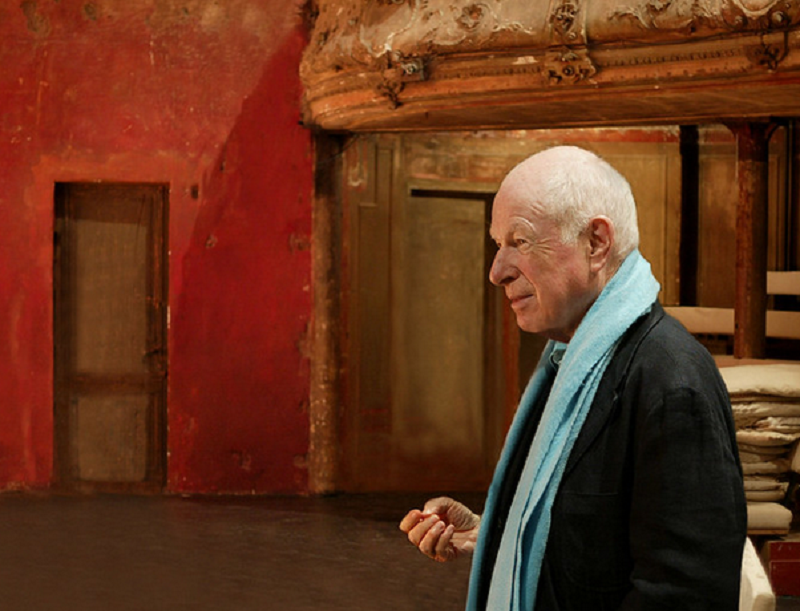 This year the international theme was continued, with the category going to 94-year-old Briton Peter Brook, widely considered the world’s greatest living theatre director, with a career stretching back to 1943. Embracing nearly all theatrical styles and heavily weighted toward an innovative approach toward the works of William Shakespeare (Brook was director of London‘s Royal Shakespeare Company from 1962 to 19970), he also ventured beyond the classical to the contemporary and beyond stage drama to opera (including a controversial staging of Richard Strauss‘ Salome with sets by Salvador Dalí) and films (such as Lord of the Flies, The Mahabharata, Marat/Sade, and Swann in Love).

In 2019, the institutional again carried the day, with recognition of the Museo del Prado. Not only is the main museum in Madrid – with its collection of 8,000 paintings and drawings (1,700 on display at any one time) and 3,200 more distributed at other institutions throughout the country – arguably Spain’s single most important cultural institution, but it is inarguably one of the great art museums of the world, showcasing masterworks from more than 150 of Spanish, Italian, Flemish, and other European fine art. My theory about the timing of the award has to do with the fact that this year the Prado is also celebrating its bicentennial.

Over the decades, numerous people and entities have received this award for working with others to foster the advancement of humanity and the planet.  On the individual side, they include plenty of political leaders (such as Yasser Arafat, Luiz Inácio Lula da Silva, Mikhail Gorbachev, Al Gore, Helmut Kohl, Nelson Mandela, Javier Pérez de Cuéllar, José López Portillo, and Yitzhak Rabin), but also activists (Rigoberta Menchú) and entrepreneurs (Bill Drayton). Among the institutions on the honour roll are the Hispanic Society of America, the International Space Station, the Max Planck Institute, the United Nations High Commission for Refugees, the U.N. Framework Convention on Climate Change and the Paris Agreement, and the World Health Organisation.

The most recent addition to the list is a hybrid of the two: U.S. educator, mathematician, and entrepreneur Salman Khan and his Khan Academy, an 11-year-old nonprofit organisation which has created an extraordinary library of more than 20,000 online educational videos in a wide variety of disciplines, and available free of charge in English and more than three dozen other languages. The site has more than 60 million registered users, demonstrating its immense reach in empowering education and the advancement of knowledge to all who wish it.

Apart from the writers recognised in the Communications and Humanities category, this one focusses specifically on literary merit. And much of the attention has been focussed on Spanish and other Hispanic authors, starting in 1981 with Spain’s existentialist poet José Hierro del Real and including Camilo José Cela, Carlos Fuentes, and Mario Vargas Llosa. But of course there have been plenty of other international figures, as well, such as Margaret Atwood, Leonard Cohen, Gunther Grass, Ismail Kadare, Doris Lessing, Arthur Miller, and Amos Oz.

The foundation’s tip of the quill this time around goes to a 64-year-old U.S. novelist, poet, essayist, and nonfiction writer who’s not a household name but has been translated into more than 30 languages. Born in Minnesota of Norwegian extraction, Siri Hustvedt is a feminist who addresses fundamental issues of ethics and epistemology, contributing to interdisciplinary dialogue between the sciences and the humanities, especially in the areas of philosophy, psychology, psychoanalysis, and the neurosciences. Her novels What I Loved and The Summer Without Men (2011) were global bestsellers.

This year’s medalist is Lindsey Vonn, another Minnesotan who has been one of the world’s top Alpine skiing stars of the 21st century, breaking records at successive Alpine Skiing World Cups and took home a gold medal for downhill at the 2010 Winter Olympics – the first U.S. woman to ever do so. Beyond her amazing achievements on the slops, Vonn also established a foundation that carries her name to promote the empowerment of young women, and has also won numerous awards for sportsmanship and embodying the spirit of sport. 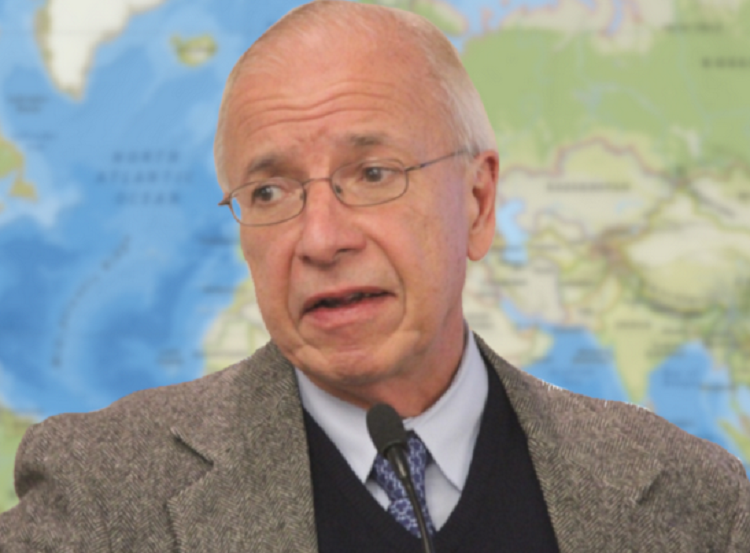 This year’s honoree is definitely a reflection of the challenges of our current times, as Cuban-American sociologist Alejandro Portes has been hugely influential especially in the areas of economic and cultural sociology, race, and ethnicity, specialising in the study of immigration to the United States and factors affecting the fates of immigrants and their children, along with poverty and social marginalisation in Latin America. 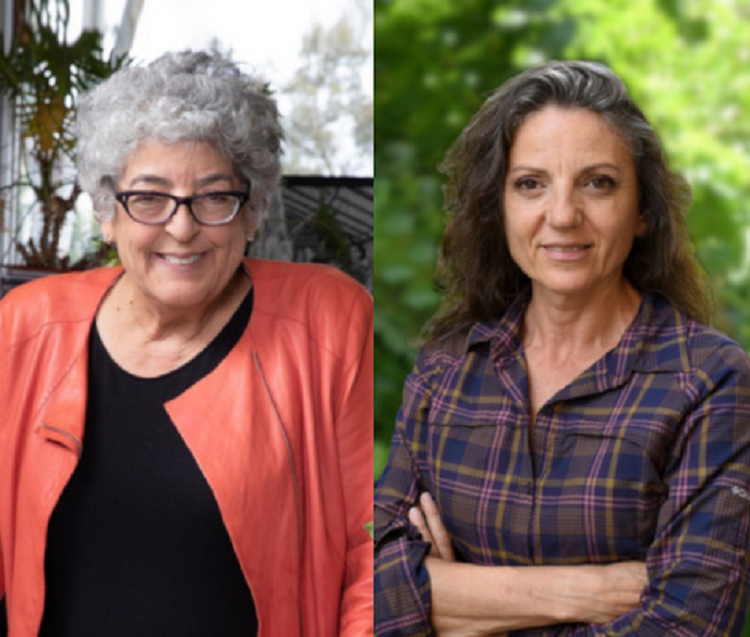 In an era where science is more important than ever to the future of our world, yet also has in some countries come under attack for political gain, public recognition like this of the contributions scientists make remains crucial, and the foundation has lauded distinguished biologists, chemists, computer scientists, engineers, geneticists, physicians, physicists, and other, with some of the better known past recipients including Vinton Cerf, Francis Collins, Robert Gallo, Jane Goodall, Peter Higgs, and Craig Venter.

The focus this time around is on the biology of plants, with huge implications in the fight against climate change and its effects as well as defending the world’s fast dwindling biodiversity, with the prize being shared by two plant biologists working separately. Director of the Salk Institute for Biological Studies in San Diego, Joanne Chory studies how plants regulate their biology, store carbon dioxide, react to environmental stress, adapt to different climatic conditions. Based at Argentina‘s University of Córdoba, Sandra Myrna Díaz is also doing important work in plant ecology and biodiversity, including their role in counteracting global climate change through atmospheric carbon sequestration. 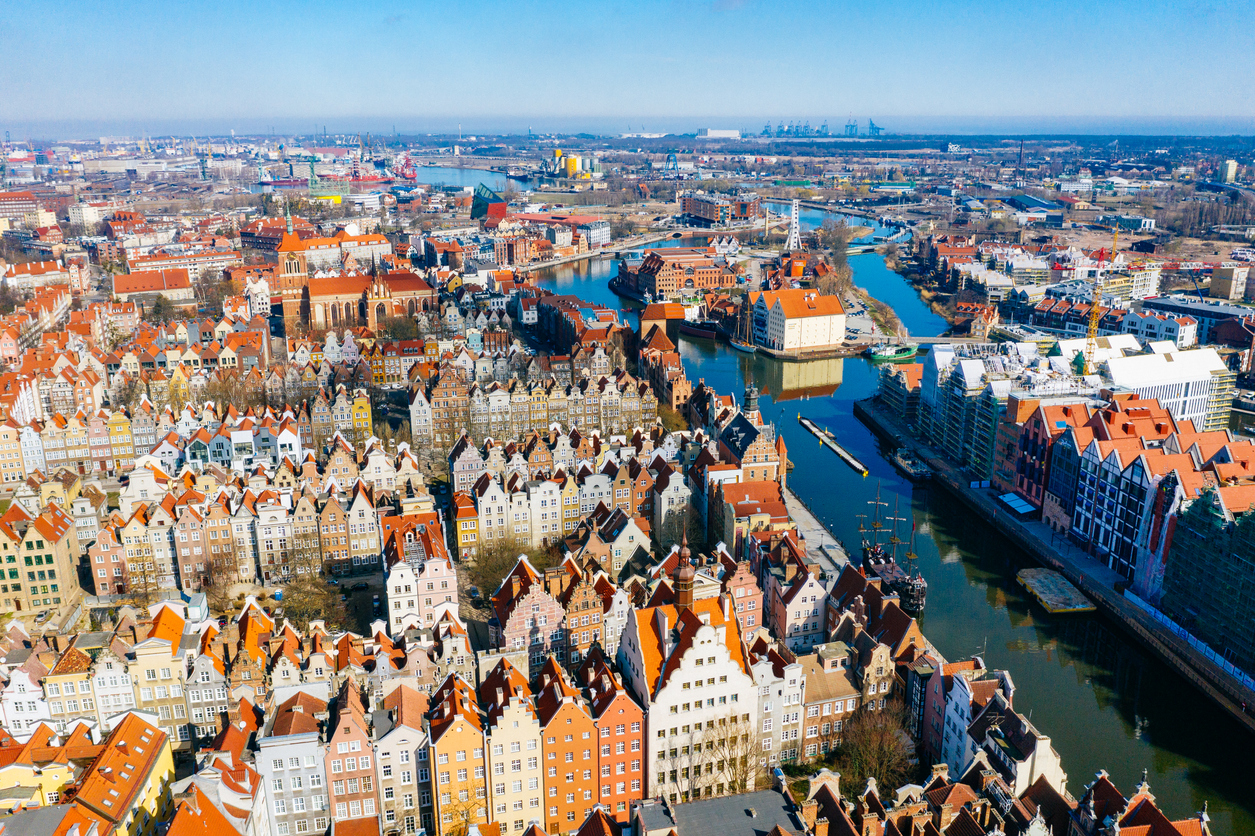 The closest of the Princesa de Asturias Awards to to Nobel Peace Prize, it goes to people or entities which have made exemplary contributions to peace; human knowledge; the defense of freedom; the protection of world heritage; or the fight against injustice, poverty, disease, and ignorance. Laureates have included disparate individuals on the order of Colombian politician/activist Ingrid Betancourt; physicist Stephen Hawking; King Hussein of Jordan; musicians Yehudi Menuhin and Mistislav Rostropovich; author J.K. Rowling, Span’s first post-Franco prime minister Adolfo Suárez. On a more macro scale, they’ve ranged from organisations such as Doctors Without Borders, Save the Children, and UNICEF to cities and countries, including Berlin and the European Union.

The latest is in this last vein, going to the Polish city of Gdansk, whose past and present, according the the prize jury, “are an example of sensitivity to suffering; of solidarity of defence of freedoms and human rights; and of extraordinary generosity”. A flashpoint in the run-up to World War II and an initial centre of resistance to the Nazis, decades later Gdansk and its people challenged the brutality of the Polish Communist régime, giving birth to the Solidarity trade union. And today, even though Poland‘s current national government has become ever more authoritarian and intolerant, Gdansk is considered a welcoming, generous city, standing out for its openness, civic cohesion, and tolerant nature, especially through programmes aimed at the integration of immigrants as well as defence of the LGBT community and other vulnerable citizens. I see this prize as a way of signalling support for liberalism and tolerance in those areas of Europe increasingly infected by what Hungarian prime minister Viktor Orbán calls “illiberal democracy”.