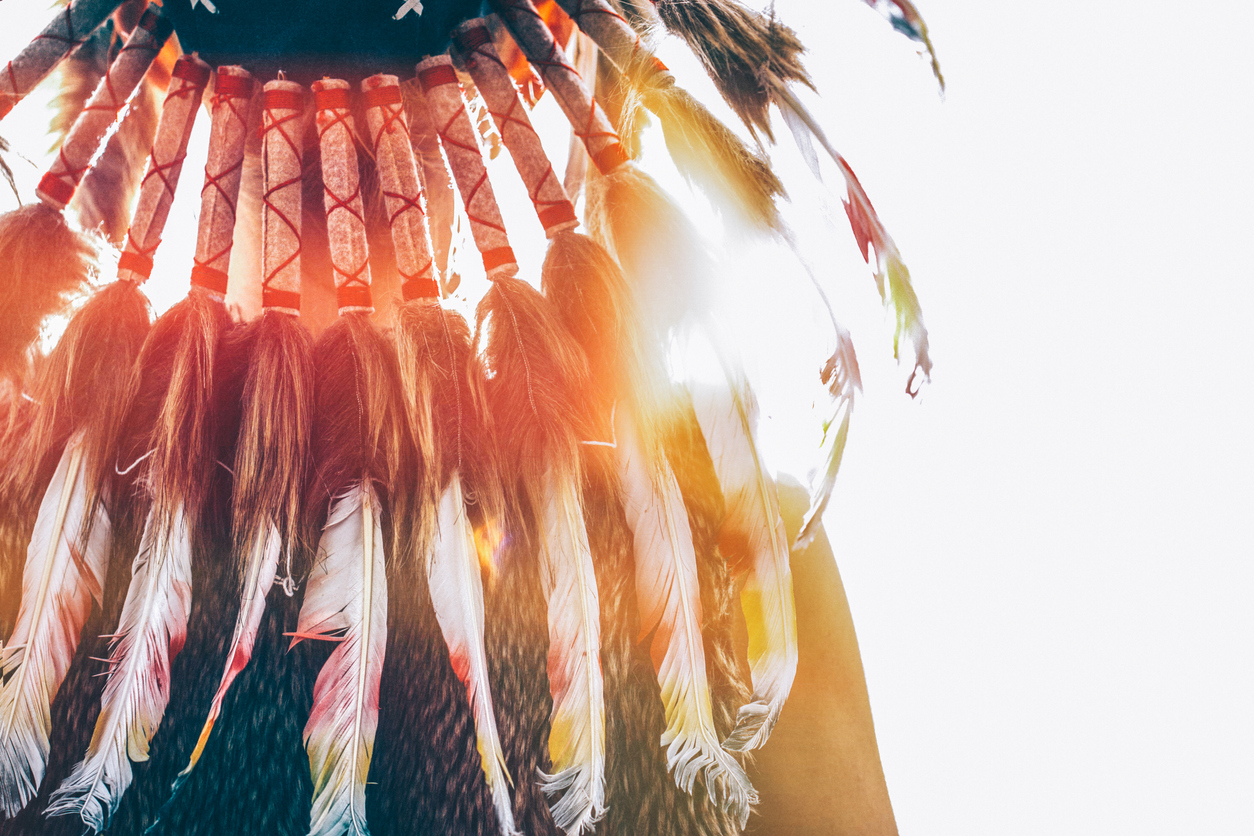 Today, Columbus Day in the United States and Indigenous People’s Day in many other countries, marks the 527th anniversary of the Christopher Columbus expedition’s first landing in the Americas (actually 12 October), on the coast of Hispaniola, the Caribbean island home to the Dominican Republic and Haiti. Of course many of the Amerindian tribes that were already living here when the Spaniards arrived are still part of the societies that evolved in the Western Hemisphere since that fateful day (in the USA they’re usually referred to as Native Americans, but I prefer Canada‘s term First Nations, which I feel is more accurate since they, too, were not “native” – nor “indigenous”- but they were certainly first). And from New England to the the desert Southwest, and South Florida to the Pacific Northwest, there are numerous marvelous opportunities to meet them and/or explore their heritage and culture, from sites open year round to annual powwows (mass meetings) and other events. Here are a just few of the most rewarding:

This state is home to some 22 tribes, with the reservations of the largest, the Hopi and the Diné (also the USA’s largest, better known to us as the Navajo Nation), occupy a goodly swath of this state’s northeastern corner, overlapping northwest New Mexico, southeast Utah, and southwest Colorado, the former with its capital in the town of Kykotsmovi (about two hours from Flagstaff) and the latter in Window Rock (just under three hours). Others include the Apache, the Mojave, Yavapai (including around the Grand Canyon), and the Zuni; get the complete list here. Prominent museums devoted to First Nations art and culture include the Heard in Phoenix and the Explore Navajo Interactive Museum in Tuba City.

Out in the Everglades is the reservation of the Miccosukee, a subset of the Seminole tribe who originated in what is today Georgia and as a result of relentless white encroachment and forced removal (such as the infamous “Trail of Tears“) eventually ended up on a self-governing reservation in southern Florida (the USA’s 326 sovereign reservations have control over, for example, their own law enforcement and education). On the largest section of reservation, a 1.35-square-kilometre (333-acre) swath about an hour west of downtown Miami, they’ve set up the Miccosukee Village, a charmingly homespun affair with handicraft stands under thatched roofs, a small museum, a gift shop (of course), and the centrepiece: a collection of live alligators lazing around a small island, and right next to it, a tiny open-air theatre where several times a day a staff member wrangles gators for visitors – and offers them a chance to hold a baby gator and (for an extra fee), pose astride one of the big ones (not to worry, their jaws are taped shut, and in any case these animals are sluggish and docile during the day; it’s at night that they become active for hunting). And right across the road, the tribe also operates a thrilling half-hour airboat tour of the surrounding chunk of Everglades, including a stop at a tiny island with thatched pavillions that were home to a Miccosukee family as recently as 1978. To cap it all off, down the road is a restaurant where regular fare is supplemented by the likes off alligator bites and Miccosukee fry bread, as well as the medium-size Miccosukee Hotel & Casino (some 45 minutes north of Miami in the city of Hollywood, the Seminole Hard Rock is a far more elaborate casino resort and entertainment complex with international headliners).

Home to the marvelously atmsopheric cities of Taos and Santa Fe, this state is one of the richest when it comes to First Nations culture, with nearly two dozen places to experience it. One of the most prominent and accessible is Taos Pueblo, an adobe town of around 4,500 which is open to visitors most of the year, with plenty of local shopping and dining opportunities, and very much a living Tiwa Pueblo community, continuously inhabited for more than a thousand years and both a UNESCO World Heritage Site and U.S. National Historic Landmark. Others include Apache, Mescalero, and Navajo; for the complete list, click here. And of course don’t miss Chaco Culture National Historical Park with its Pueblo sites dating back to the 9th century, including fascinating adobe ruins.

There are quite a few relevant museums in the state, as well, including several in Santa Fe, such as the Wheelwright Museum of the American Indian, Museum of Indian Arts and Culture, and Poeh Museum and Cultural Center, and Museum of American Indian Arts. An hour south in the state’s largest city Albuquerque, meanwhile, it’s also worth checking out the Indian Pueblo Cultural Center., and Taos has the Millicent Rogers Museum of art.

Right near the southermmost tip of Manhattan (whose name comes from the language of the long extinct Lenape tribe), the free-of-charge National Museum of the American Indian occupies the early-20th-century, Beaux-Arts Customs House and displays more than 700 objects including headdresses, carvings, and an authentic tipi (aka teepee) dwelling, as well as multimedia exhibits and plenty of events and live programmes.

The very name of this enitre state comes from the Choctaw okla humma (“red people”), and it was home to nearly 70 tribes – today down to 39 thanks to forced relocation and other shameful policies of the past. You can get a taste of the history and culture at key places such as Tahlequah, capital of the Cherokee Nation in the foothills of the Ozark Mountains, in the northeast three hours east of capital Oklahoma City and an hour 20 minutes from Tulsa (which by the way is home to the Gilcrease Museum, the world’s largest collection of American Indian and Western art and artifacts). Here some street signs are bilingual and attractions here and in the area include the Cherokee Heritage Center, the Cherokee National History Museum, and the cabin/museum of Sequoyah, who created the Cherokee written language. Just under two hours south of Oklahoma City in the town of Sulphur, check out the Chickasaw Cultural Center, and in Muscogee between OK City and Tahlequah, learn more about the Cherokee and Chickasaw, as well as Choctaw, Muskogee (aka Creek), and Seminole, at the Five Civilized Tribes Museum. An hour 20 minutes southeast of Muskogee, another fascinating stop is the town of Spiro‘s Spiro Mounds Archaeological Center, documenting a prehistoric site of the Mississippian Culture.

The main branch of the National Museum of the American Indian is actually part of the national capital‘s Smithsonian Insitution, with more than 800,000 items and a native foods café. In addition to its amazing permanent collection, there are plenty of innovative temporary exhibitions showcasing some of today’s top First Nations artists and a calendar of public programmes, including concerts, festivals, symposiums and theatre. 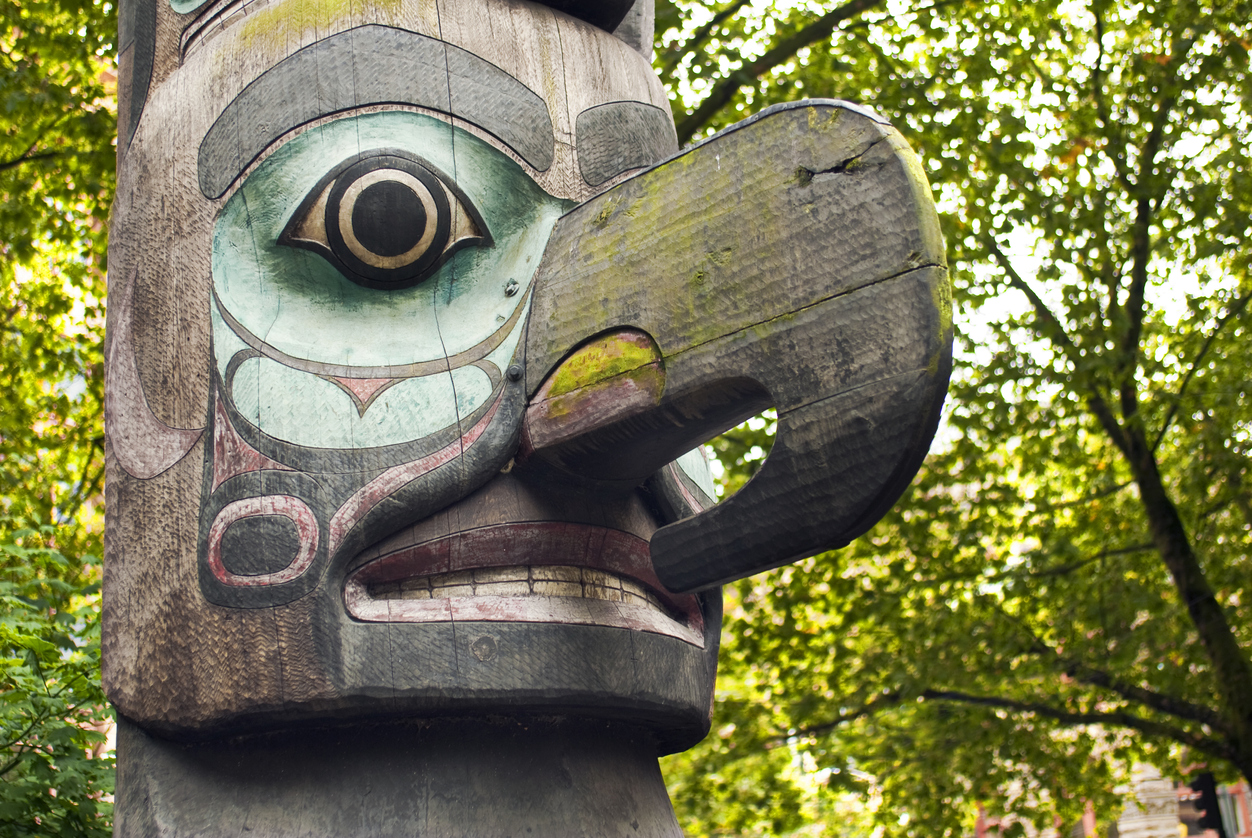 The more than one dozen tribes in this state include the Duwamish, Coast Salish, Spokane, Suquamish, Tilalip, TIlicum, and Yakama, and a particularly distinctive feature of their culture is the towering, dramatic  cedar totem  pole. The area around Seattle (named after a Duwamish chief) has the Duwamish Longhouse and Cultural Center; the Suquamish Museum; and the Tulalips’ Hibulb Cultural Center. A bit over 2 1/2 hours inland, the town of Toppenish is the seat of the Yakama Reservation and site of the Yakama Nation Museum and Cultural Center and Heritage Inn Restaurant, which serves traditional foods such as buffalo stew, salmon, and huckleberries. And the Makah Cultural and Research Museum, on the northwestern tip of the Olympic Peninsula, contains 500-year-old artifacts recovered from Ozette Village, an archaeological site where six longhouses were perfectly preserved after a landslide. Learn how to make your own cedar mat or oliveshell necklace.