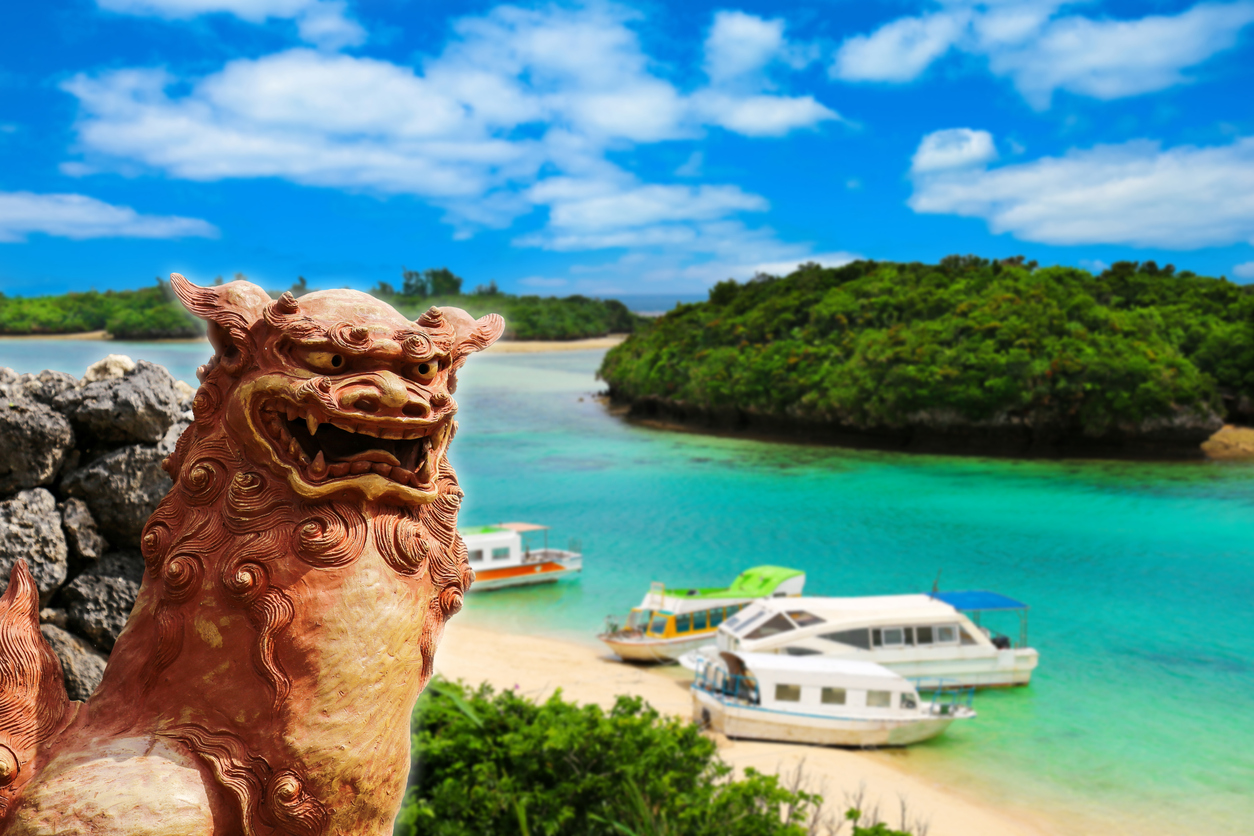 The central region of the island (which by the way is more properly known as Okinawa-hontō) is actually fairly urbanised, as is capital Naha (pop. 317,000), in the south. A bustling, mostly modern but fairly low-slung city, its main commercial high street is Kokusai-dōri, home to a wide variety of dining, nightlife, and shopping (including three colourful covered arcades snaking out on either side and specialising in exotic foods). One particularly interesting stop is the Naha City Traditional Arts and Crafts Centre,  with not only displays but hands-on workshops for glassblowing, weaving, painting on fabric, and making the distinctive local earthenware.

Speaking of which, also in the centre of town you’ll find the Tsuboya Pottery District (above), a picturesque cobblestone street lined with various shops selling a wide variety of styles both traditional and contemporary, along with a museum of the same. Nearby, the modern Okinawa Prefectural Museum showcases both island history and art. 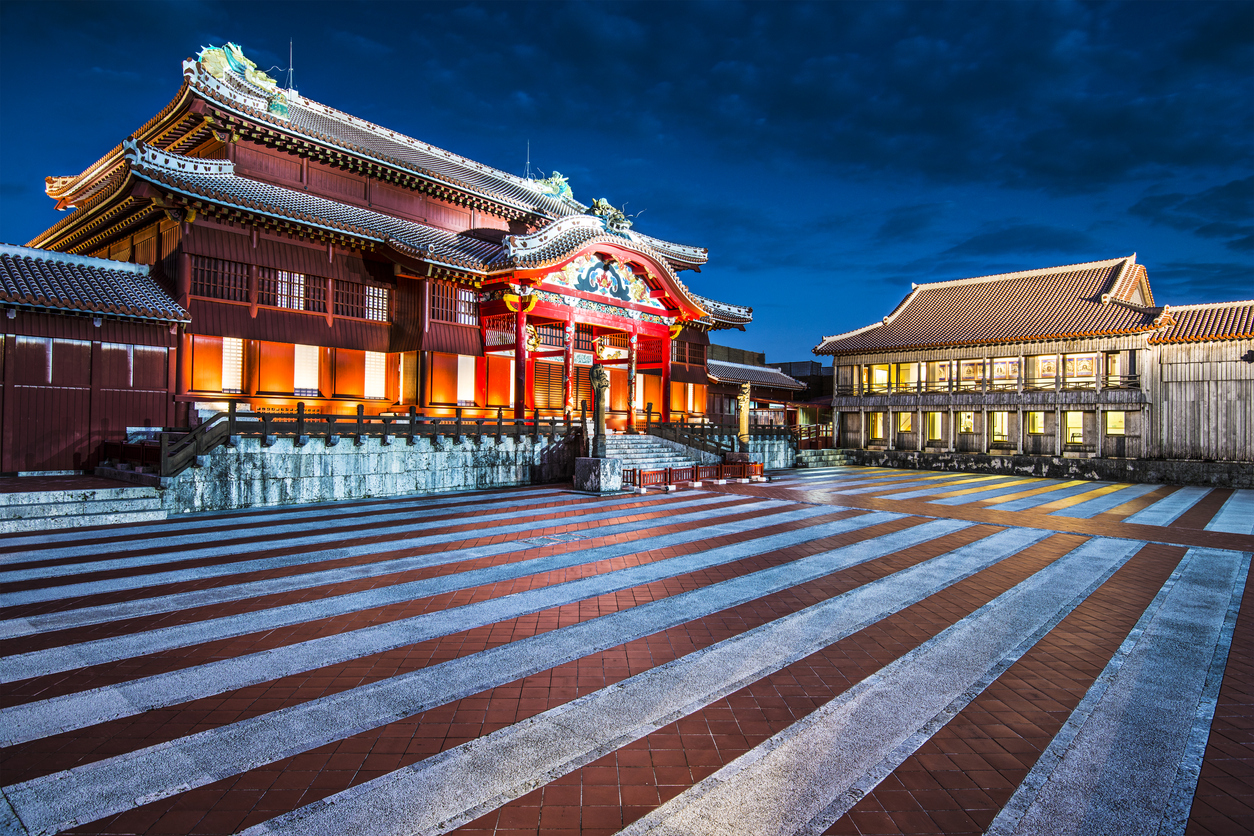 As for historic sights, when these islands were still the Kingdom of Ryukyu (up to 1874), this city was known as Shuri, and the kingdom was ruled from one of its key historic landmarks, Shuri-jo, built in the late 14th century. Reconstructed in 1992 and open to visitors, it’s the most prominent of the island’s gusuku castles (significantly different from many of their counterparts elsewhere in Japan), and provides an interesting look at the splendour of the old kingdom; nearby is the early-16th-century royal Tamaudin Mausoleum (a few minutes north of Naha you can also explore the ruins of another interesting castle, Nakagusuku, from the same era, and just ten minutes away you’ll find Shikinaen Garden, the second residence of the Ryukyuan rulers). These as well as a number of other sites such as Zakimi, Katsuren, and Nakijin castles are collectively marked as UNESCO World Heritage Gusuku Sites and Related Properties of the Kingdom of Ryukyu. 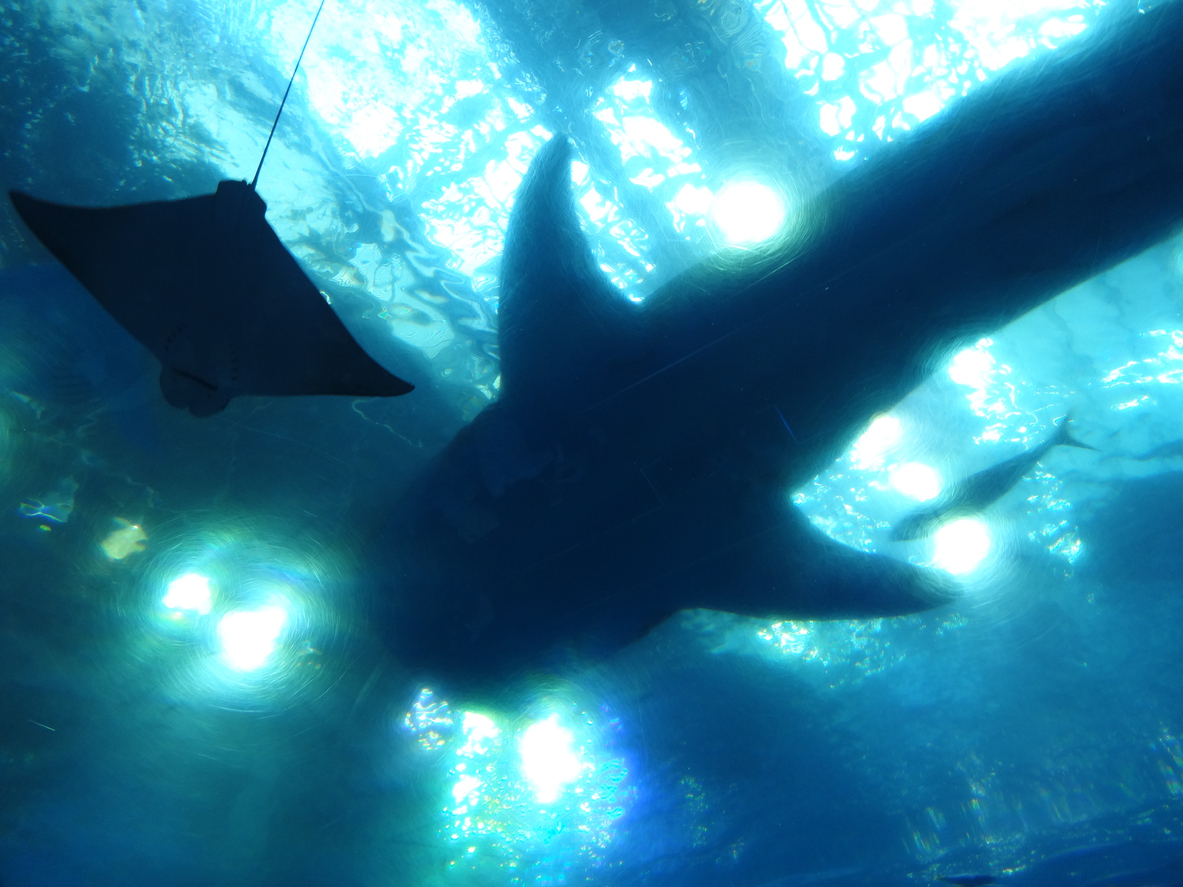 To the north of Naha, just under an hour away, Ryuku Mura is a theme park recreating a traditional Ryukyuan village, while a 90-minute drive will get you to Churaumi Aquarium (above), considered Japan’s best (not surprising, given the importance of the ocean to Okinawa); it’s home to the world’s largest tanks, showcasing a wide range of the local seas’ fecund marine life, including whale sharks. Meanwhile, the northernmost Yanbaru region is lovely for driving through its forest-clad hills and small fishing and farming villages, along with a breathtaking national park (see below). 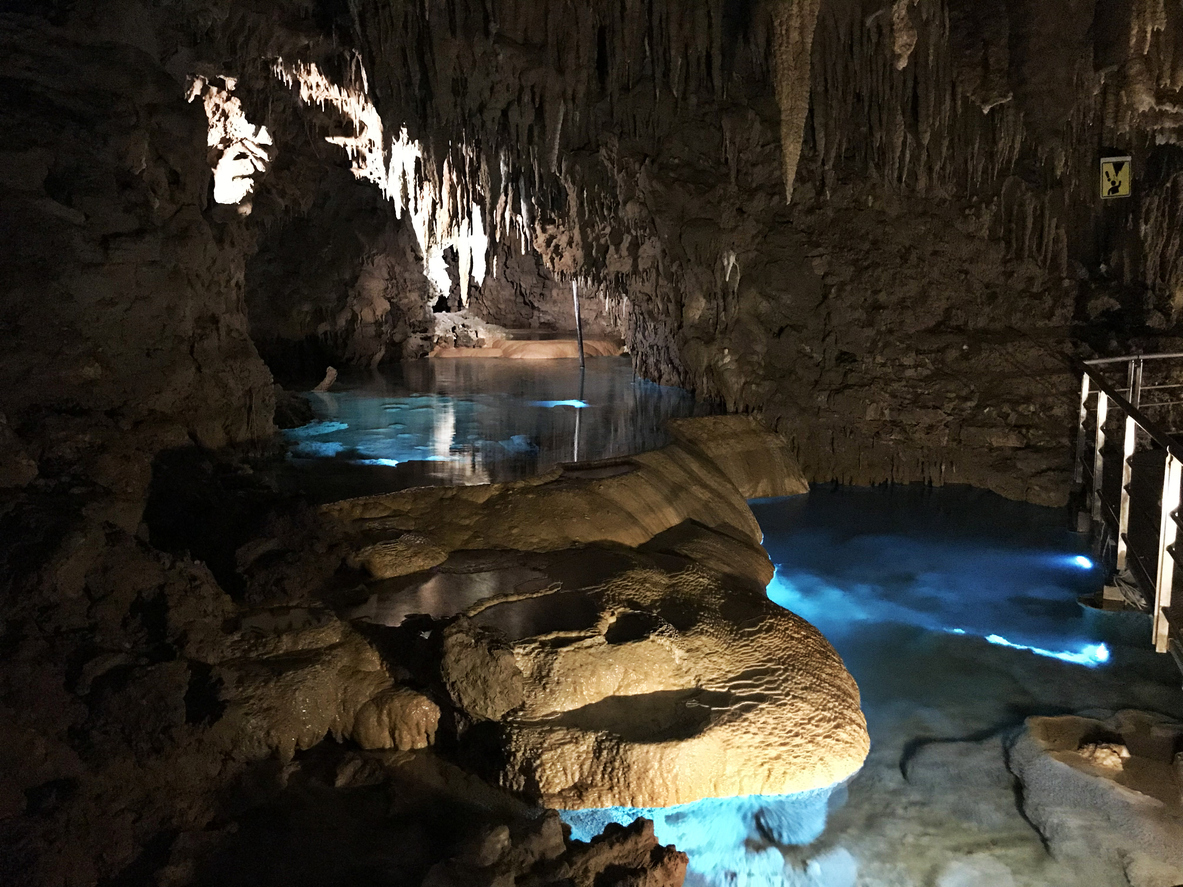 There are also several sites devoted to World War II, its ravages, and its lessons – particularly revolving around the ferocious Battle of Okinawa from April through June 1945, kicked off by the largest amphibious assault of the war’s Pacific theatre – such as  the Okinawa Prefectural Peace Memorial Museum and surrounding monuments; the Japanese Navy Underground Headquarters, tunnels where some 4,000 were killed or committed suicide; and the Himeyuri Peace Museum, commemorating 240 high-school girls who were conscripted to care for wounded soldiers. (You may be aware, by the way, that the legacy of the occupation lives on here in the form of U.S. military bases – 70 percent of the U.S. military presence in all of Japan – which is an ongoing source of unhappiness and controversy among the locals.) 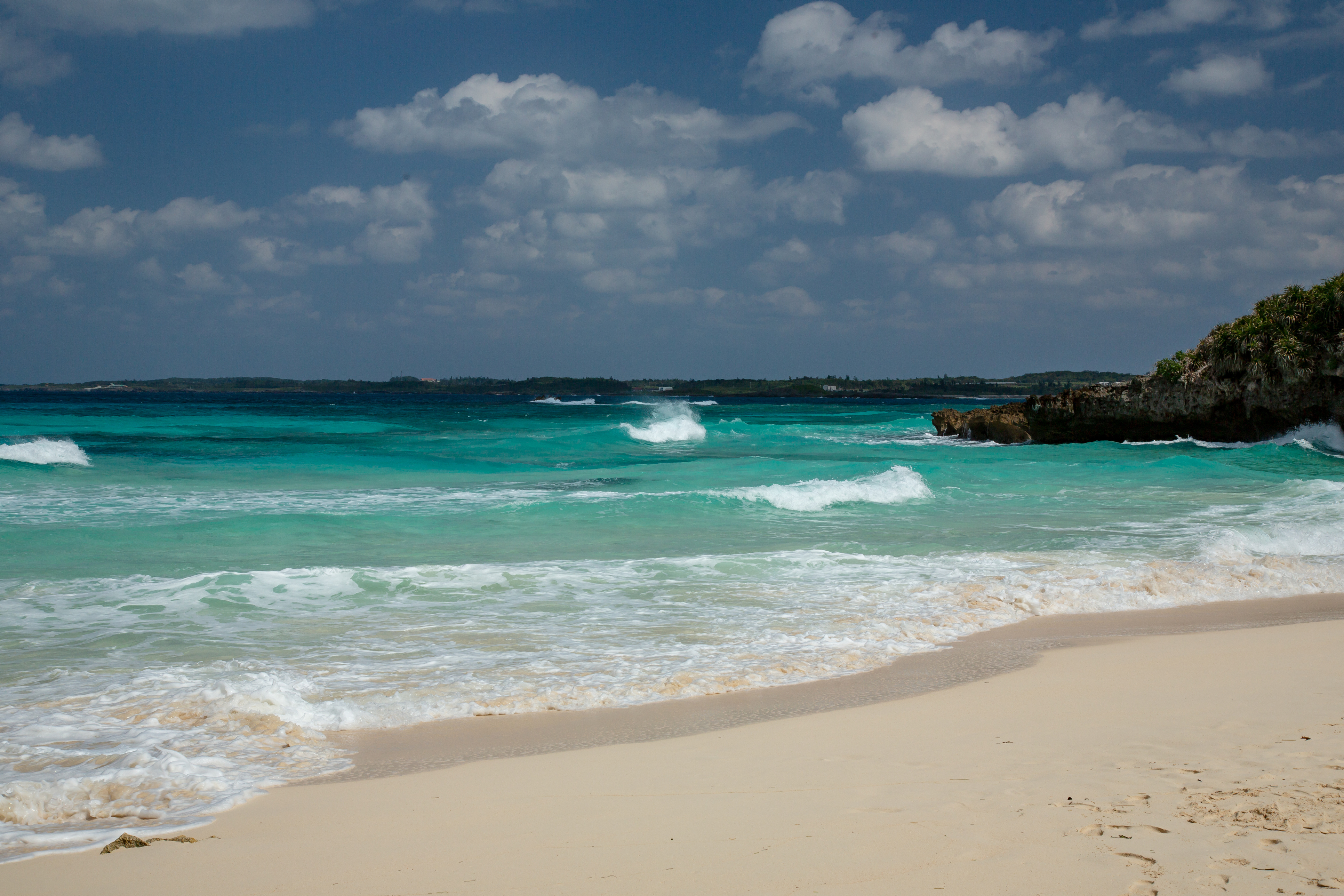 Moving on to the great outdoors – and especially beaches, a main reason Japanese are drawn here – there are around 130 on Okinawa Island (and many more on the smaller nearby islands in Okinawa Prefecture). Three of the most popular include Busena in the north and Manza (on a cape known for its distinctive “elephant trunk” sea cliff) and Nirai along the central coast, while another trio with the most stunning natural scenery are Emerald and Okuma beaches in the north and Sun Marina on the east central coast. Adventure options besides diving, snorkelling and other water sport include parasailing, paragliding, and whale watching. And the eco-minded will love Yanbaru National Park Daisekirinzan on the north coast, letting visitors wander through the eerie land-before-time rock formations and gorgeous limestone spires of Japan’s only tropical karst landscape.

All this doesn’t even take into account the dreamy beaches, adventure, ecotourism, and castaway vibe  you’ll find on other nearby smaller islands such as Miyako and Kume, along with the Yaeyama and Kerama Islands. Get more information at VisitOkinawa.jp,  Okinawa-Labo.com, OkinawaHai.com, and Okinawa.com.