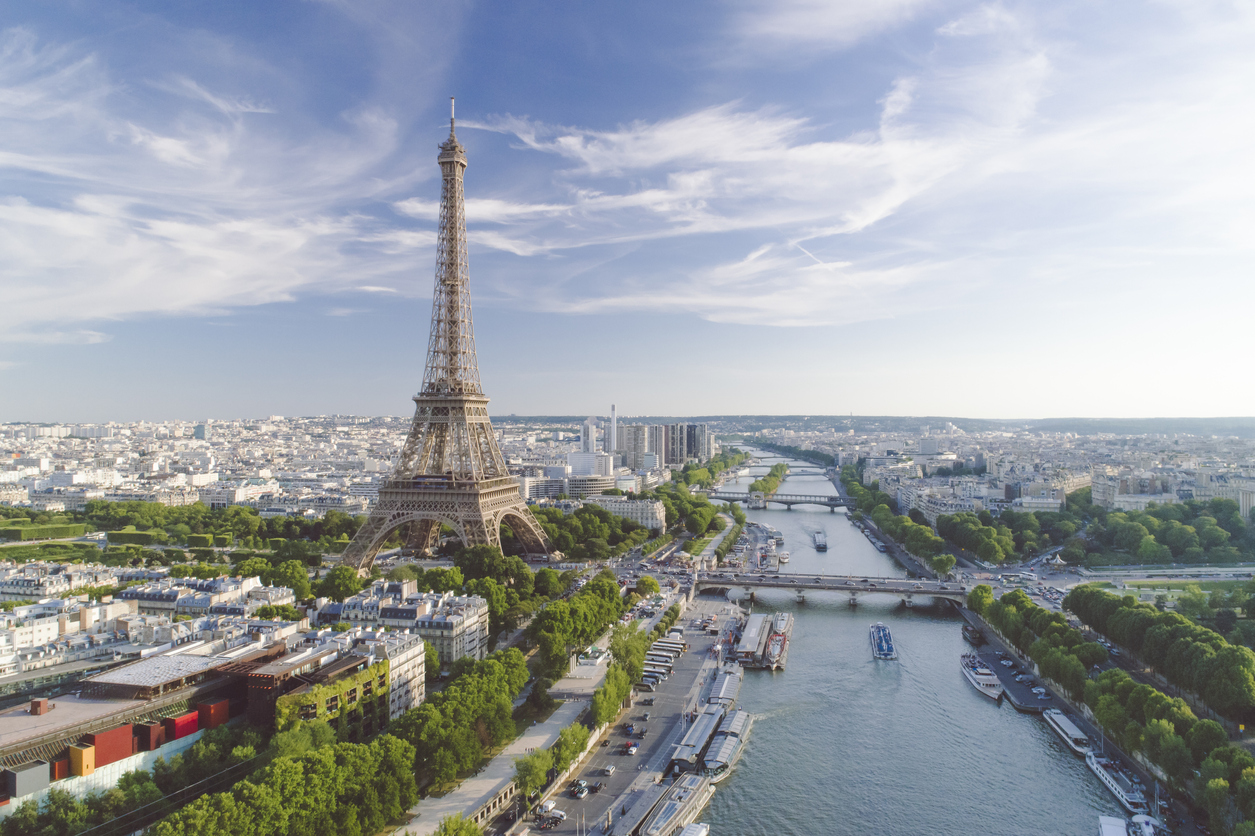 Seventy years ago today, on a similarly beautiful day, an Iberia plane departed the skies of Madrid for the capital of our neighbour to the north. And seven decades and thousands of flights later, the Iberia Group‘s relationship with the City of Light has vastly broadened and deepened, now including eight departures daily, morning, afternoon, and night. Magnifique!

These two beautiful and fascinating European capitals leave such a deep impression on visitors that they invariably ask for more – just one more time – and end up returning again and again, eager to savour some of those never ending charms. We could say that they are sister cities, since there is so much of Madrid in Paris that it’s almost possible for a visitor to make  similar plans, but with a French accent.

Guernica as a Nexus

When talking about Pablo Picasso, what automatically comes to mind is his famous painting Guernica, an icon that symbolizes the suffering that war can wreak on human beings. Since 1992 it has been exhibited at Madrid’s Reina Sofía Museum, but did you know that it was exhibited for the first time at the 1937 International Exhibition in Paris? And that it was Iberia that brought the painting back to Spain in 1981, after decades of forced exile, from New York City‘s Museum of Modern Art?

The Parisian link to Picasso dates back to the beginning of the 20th century. It began in Montmartre in 1904, where he immersed himself in the best and latest trends in painting, and went on to lead the artistic vanguard of the time. It was there that he painted another of his great works, The Damoiselles of Avignon. In fact, his presence in the French capital is so ubiquitous, that there’s even a Picasso Museum here. Located in the luxurious Hôtel Salé, it houses hundreds of works from all periods, including paintings, drawings, engravings and sculptures; this last section is especially profuse, housing more than 250 works by one of Spain’s greatest artists. 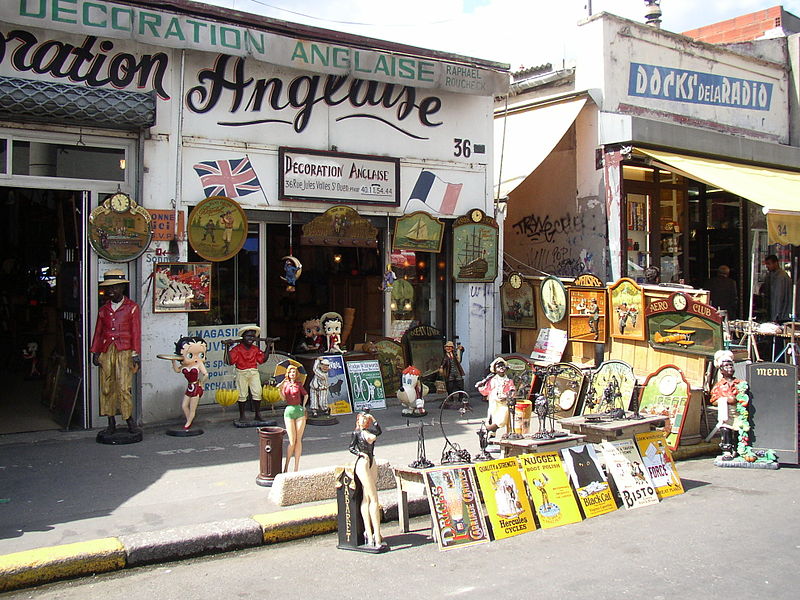 Looking for a Collectible Bargain?

A typical Sunday outing in Madrid often means a visit to the Rastro street market in search of bargains, crafts and/or collectibles, and to enjoy some tapas at noon, a well-deserved reward. Paris, of course, would not be left behind; only there, this outing will take you to the marché aux puces (flea market) de Saint-Ouen, one of the classic (though off-the-beaten tourist path) places to visit in the capital; so much so, that Woody Allen paid hommage to it in Midnight in Paris. Running since the late 19th century, it’s currently held on Saturdays, Sundays and Mondays.

Every week, 1,700 merchants set up shop in these streets, offering collectors and casual shoppers a diverse selection of items, from decorative pieces and paintings, to costume jewelry, antique toys, furniture for the home, books in different languages and, of course, vintage clothes. It’s also a great way to combine shopping with fabulous nearby dining options. 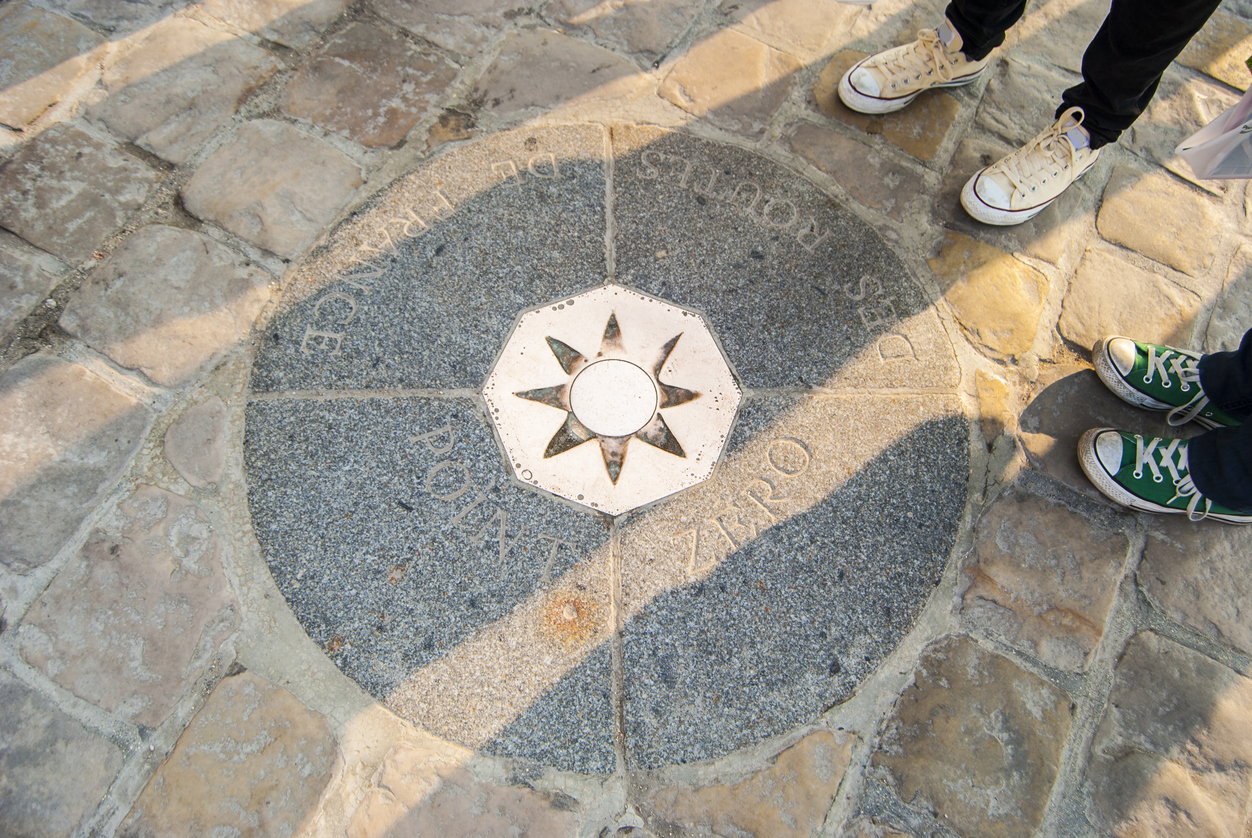 The Spot Where It All Starts

One of the most iconic points in both Madrid and Paris is the plaque that marks “kilometre zero” the point from where distances on the country’s main roads are measured (and also the official center of each capital). In Paris, it’s located in Place de Notre Dame, just in front of the main façade of the cathedral. It’s a round gray stone, crowned by an eight-pointed wind rose made of bronze. You’ll have to pay attention if you don’t want to miss it!

In Madrid, it’s quite typical to take a photo stepping on the plate, but in Paris they go further: according to legend, if you step on the star, you’ll be lucky and return to the Ville Lumière. And as many returning visitors can attest, the prophecy has come true time and again. 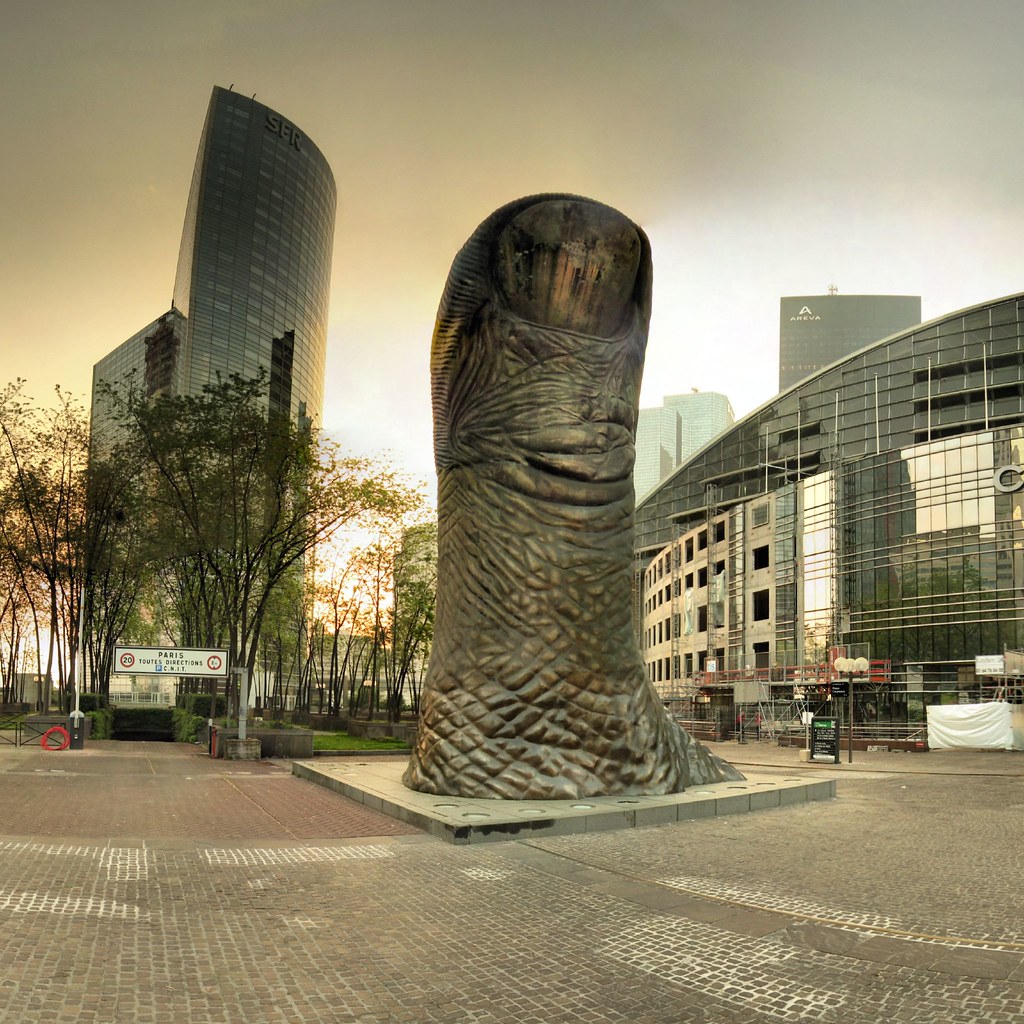 Madrid’s not the only city with great urban art, sculptures that run the gamut from the avant-garde Day and Night next to the Atocha railway station by sculptor Antonio López, to the well known Rocker Grandma in the Vallecas neighbourhood. Paris has been hosting the most outstanding trends in art for decades, and in this field it would certainly not be less: strolling through the French capital you’ll come more than once upon the most random sculptures, but all of them blowing your mind.

A thumb in the middle of the street? Yes, there is. Le Pouce, by César Baldaccini, was part of an 1965 exhibition dedicated exclusively to hands, and is the only piece preserved until the present day; made of synthetic resin, it offers unparalleled realism. Located in La Défense, it’s no coincidence that it has become one of the most sought after points in Paris. Are you an inveterate traveler? Then you simply cannot miss the sculptural doublet created by Gallic sculptor Arman in front of Saint Lazare train station, the oldest in the city: one of the structures, L’Heure de Tous, superimposes various bronze clocks in unstable balance, with the peculiar touch that they all mark a different time; in the other, Consigne à Vie, he does the same with a series of bronze suitcases piled up to achieve that reflection of everyday sentimental objects so typical of the author, busy in the ‘accumulation of things.’

And fear not, there’s plenty more, such as Le Grand Stabile Rouge, striking red and weighing more than seventy tons, and L’Écoute, a huge white head that hides behind a hand that’s just as large, are but two examples of the prolific and striking urban art you’ll find in Paris. You shouldn’t miss them!