Japan is packed with gorgeous nature as well as fascinating culture, architecture, dining, and more. But if you want to be truly blown away by the most spectacular scenery this country has to offer, you’ll need to head to its northernmost and second largest island, Hokkaido. Rural, rugged, and sporty (the skiing and other winter sport options in the mountains up here are world class, and in fact the 1972 Winter Olympics were held here), this is another incredibly appealing side of Japan that relatively few visitors get to see. Let’s have a look, shall we? 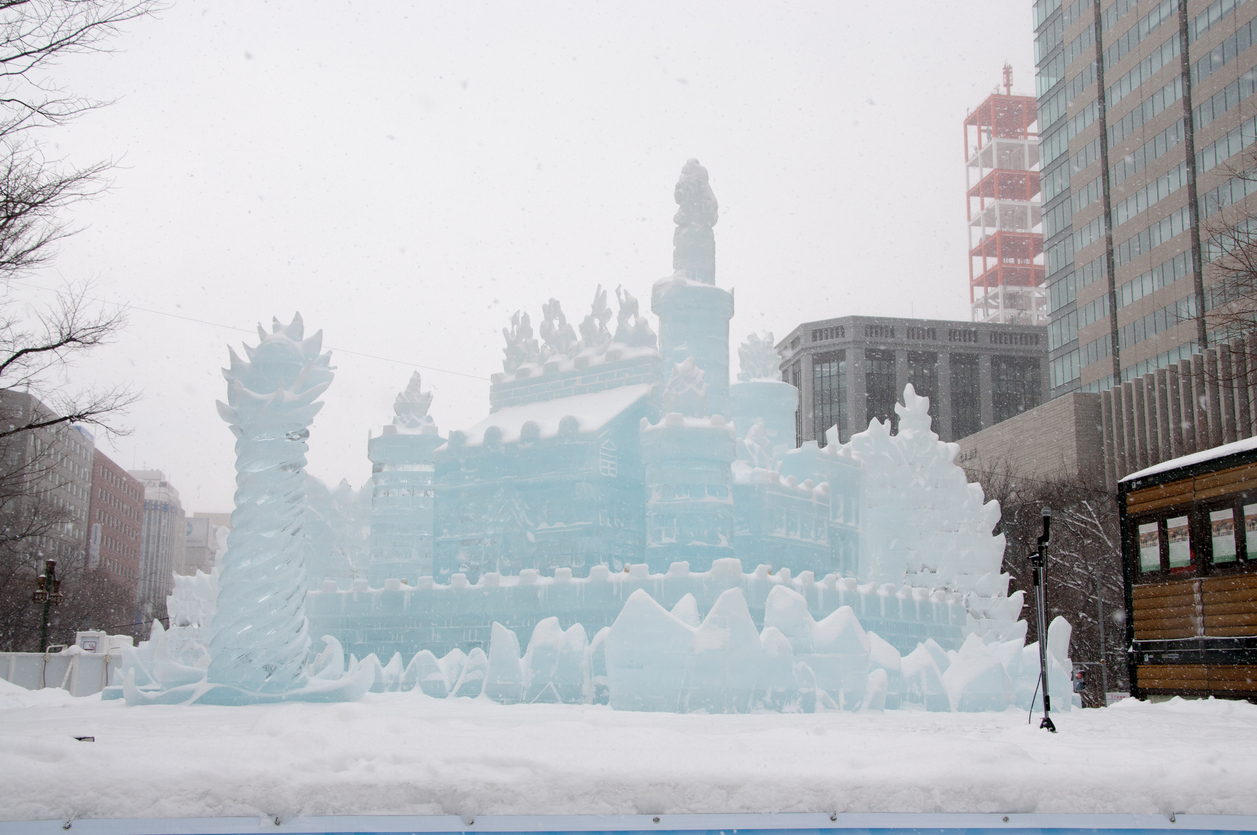 First of all, dynamic capital Sapporo (pop. just under 2 million; a 90-minute flight, around eight hours via train from Tokyo) is a large dynamic city – founded only in the 19th century – worth a stop for its foodie scene (beer is especially big here, with Sapporo and Kirin beer being one of Japan’s relatively few recognizable non-tech exports), and as long as you’re here, a couple of interesting museums. But most visitors come here for February’s annual Sapporo Snow Festival, featuring amazing ice and snow sculptures (above), as well as hot springs, skiing/snow sports, and warm-weather eco/adventure activities in the surrounding hills and mountains. 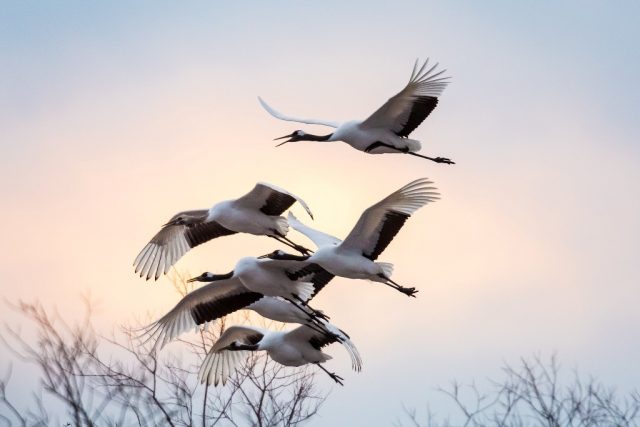 Out in eastern Hokkaido, I consider the regional capital, the port of Kushiro (pop. 175,000) one of its prettiest cities, especially due to its natural surroundings, including the three caldera lakes of Akan National Park (one of six such reserves on the island). Lake Mashu is said to be the world’s clearest – and visitors aren’t allowed down to its shore, but rather limited to viewing it from one of three observation decks (the number three is the most popular, providing an astonishing view of a phenomenon related to the frequent local fog, here manifesting as something akin to a sea of clouds. Over on Lake Akan, there’s a fabulous hot springs resort, Akankohan, as well as a cruise that will take you to local points of interest such as Ainu Kotan, a village populated especially by Ainu, a traditionally hunter-gatherer ethnic group predating the Japanese and of still uncertain origins; what is true is that those few Ainu who remain unassimilated with Japanese have features that look strikingly Caucasian, including white skin, wavy hair, eyes without epicanthic folds, and beards (on men, of course).  Here you’ll find a theatre where traditional Ainu music and dances are performed, as well as a number of shops selling unique handicrafts.

Another nearby must is the Kushiro marshes, a paradise for birders, and especially noted for spotting what may be the world’s most lovely and graceful creatures, the Japanese – aka red-crowned – crane (above); there’s also a crane centre/museum here which explains everything you might want to know.

There are several number of interesting spots in town, as well, such as the Washo Ichiba Market, a photogenic collection of 60 stalls near the train station where you’ll find an amazing assortment of foodstuffs, especially the fresh seafood for which Hokkaido is famous, including indigenous local type of smelt, shishamo; a special treat here is the Katte Don, which consists of a bowl of rice to which you add whatever ingredients you wish from the various stalls. And there are local museums of art and regional history that will shed light on various aspects of the region as well as the Ainu. 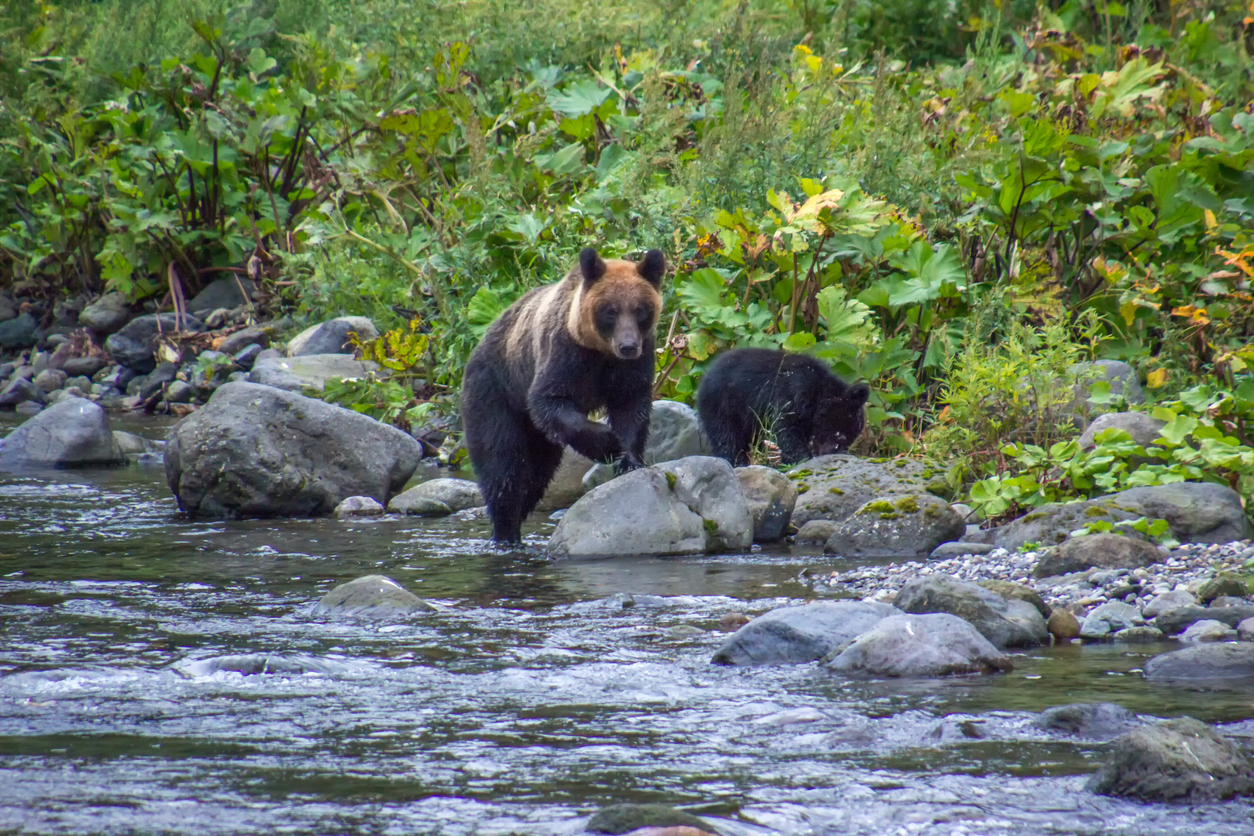 Some three hours north of Kushiro, the Shiretoko Peninsula is another natural wonderland – as well as a UNESCO World Heritage Site because it’s the southernmost spot where sea ice forms in the Northern Hemisphere. The dense forests and five lakes of the Shiretoko National Park are home to among the world’s highest concentrations of brown bears – especially active during its short summer – as well as a profusion of deer and red foxes. Whale- dolphin- and porpoise-watching is also big up here, along with hot springs in and around the city of Utoro, with various onsen (thermal baths) and even a hot waterfall, called Kamuiwakkayu, out in the middle of the woods. 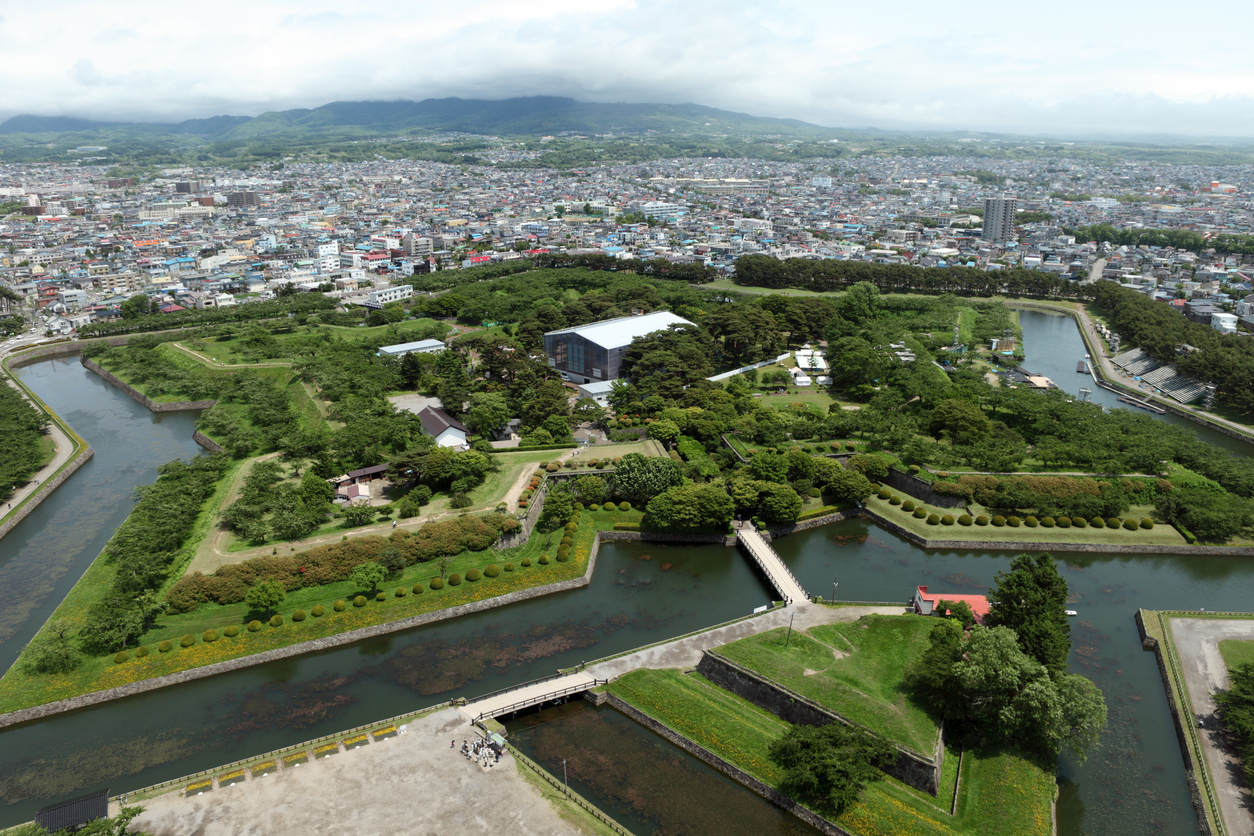 Finally, down in the far south of the island, its third largest city, Hakodate (pop. 280,000) is especially known for its Western style citadel (above) and residential areas dating back to the mid-19th century, when it became the first place in Japan open to foreign trade. Another thing I love here is seaside Yunokawa Onsen, Hokkaido’s oldest thermal baths, and various charming ryokan (traditional inns).