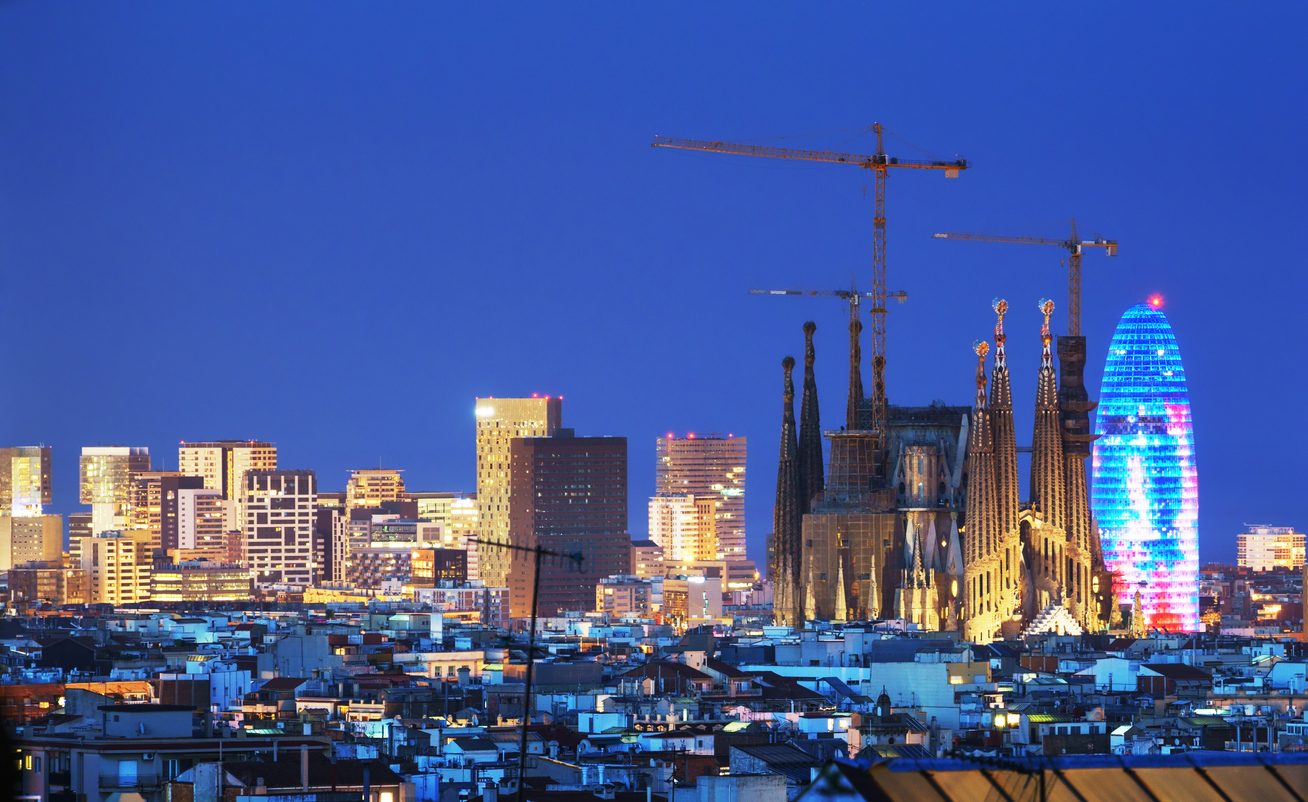 The city most popular with visitors to Spain (and one of the most popular in the world, in fact) holds that status for very good reason. The capital of Catalonia is a truly terrific trove of history, culture, architecture, dining that’s unique in the world – and a city with which I’ve been in love ever since I spent a year studying there 40 years ago, then returning every chance I get. And trying to boil down to ten the “must-sees” of such a place is no easy task. But here I go, and benvinguts a (welcome to) Barcelona! 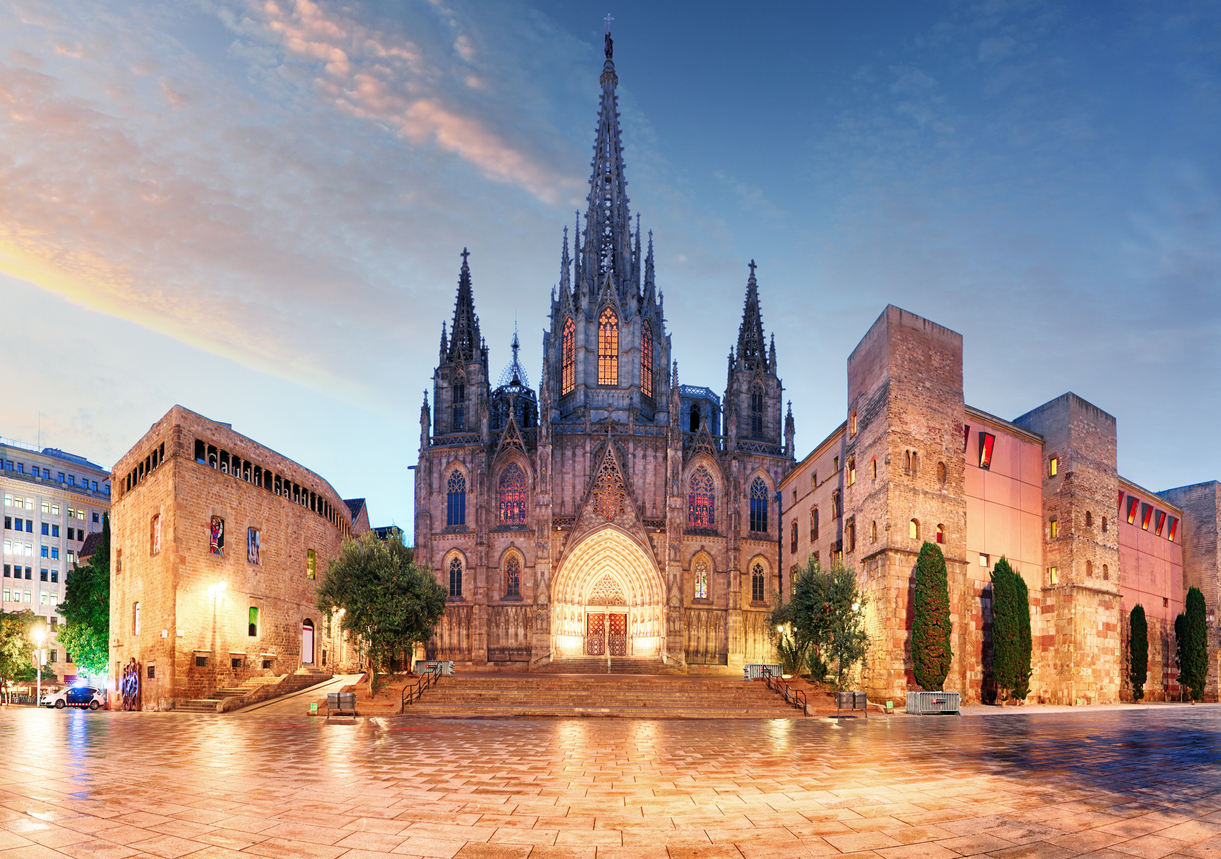 One of my favourite parts of the city is an atmospheric labyrinthine warren of narrow streets and lanes lined with imposing Romanesque, Gothic, and neo-Gothic architecture, anchored at its northeast corner by the 14th-century Cathedral of the Holy Cross and St. Eulàlia. Other landmarks include the Plaça Sant Jaume, the square that’s home to city hall and Catalonia’s parliament, the Generalitat; the Palau Reial Major (Grand Royal Palace of the mediaeval counts of Barcelona and later the kings of Aragón);  the Quatre Gats (a historic restaurant in the Modernista (Art Nouveau) style that was a hangout for Pablo Picasso and other artists); and the Barcelona City History Museum, built over the remnants of the walls of ancient Roman Barcino. 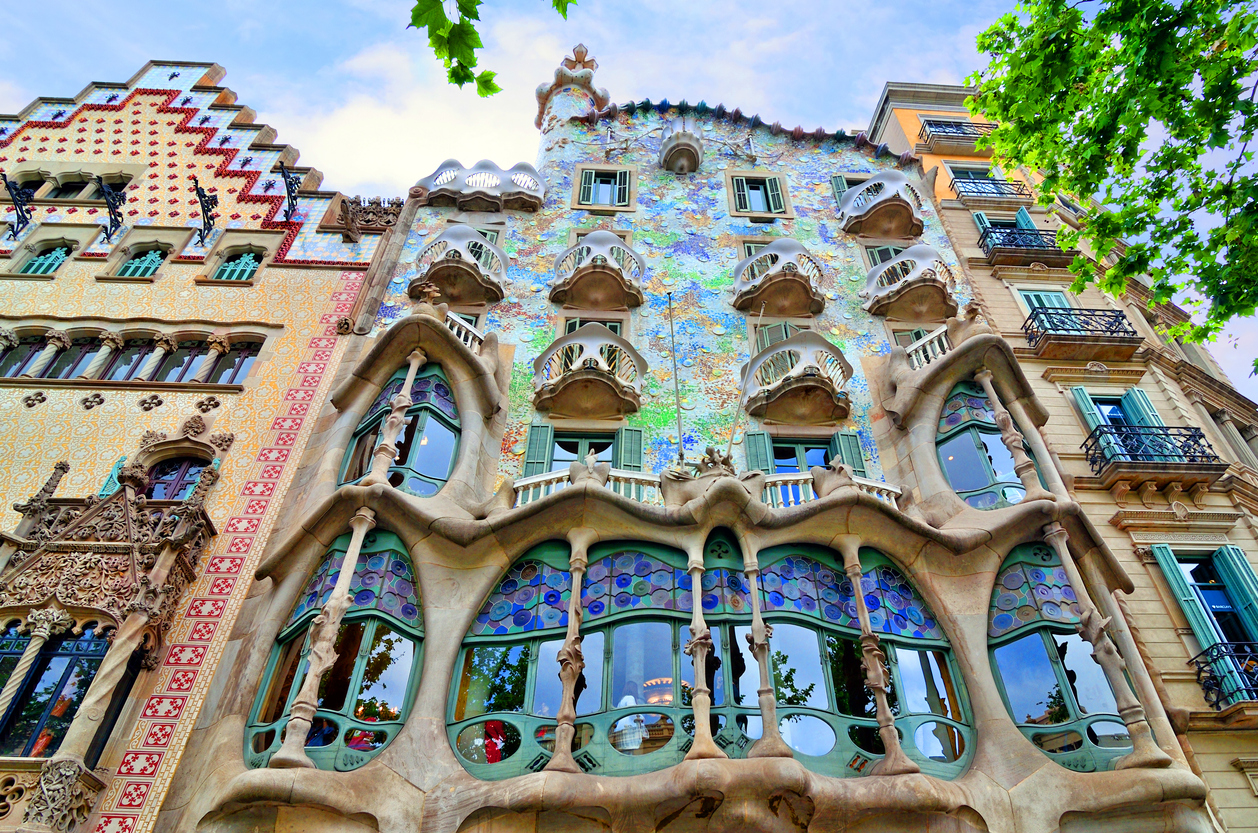 Speaking of Modernista architecture, it’s this highly distinctive, late-19th- and early-20th-century style that endows Barcelona with one of its greatest claims to fame – and its most famous practitioner of all is of course Antoni Gaudí (1852-1926). A 1904 remodel of an existing building This huge, colourful, and whimsical seven-storey townhouse on the downtown thoroughfare Passeig de Gràcia wows visitors with its sinuous, organic lines and spaces; buying tickets online – and as far in advance as possible – is a must.

Another Gaudí work, also on Passeig de Gràcia, this large block of flats was built soon after the Batlló just down the street (1906), and its nickname “the stone quarry” comes from the rough-hewn look of its undulating façade. Crowned by a very cool stepped rooftop full of striking chimneys, it also contains a museum and cultural centre. 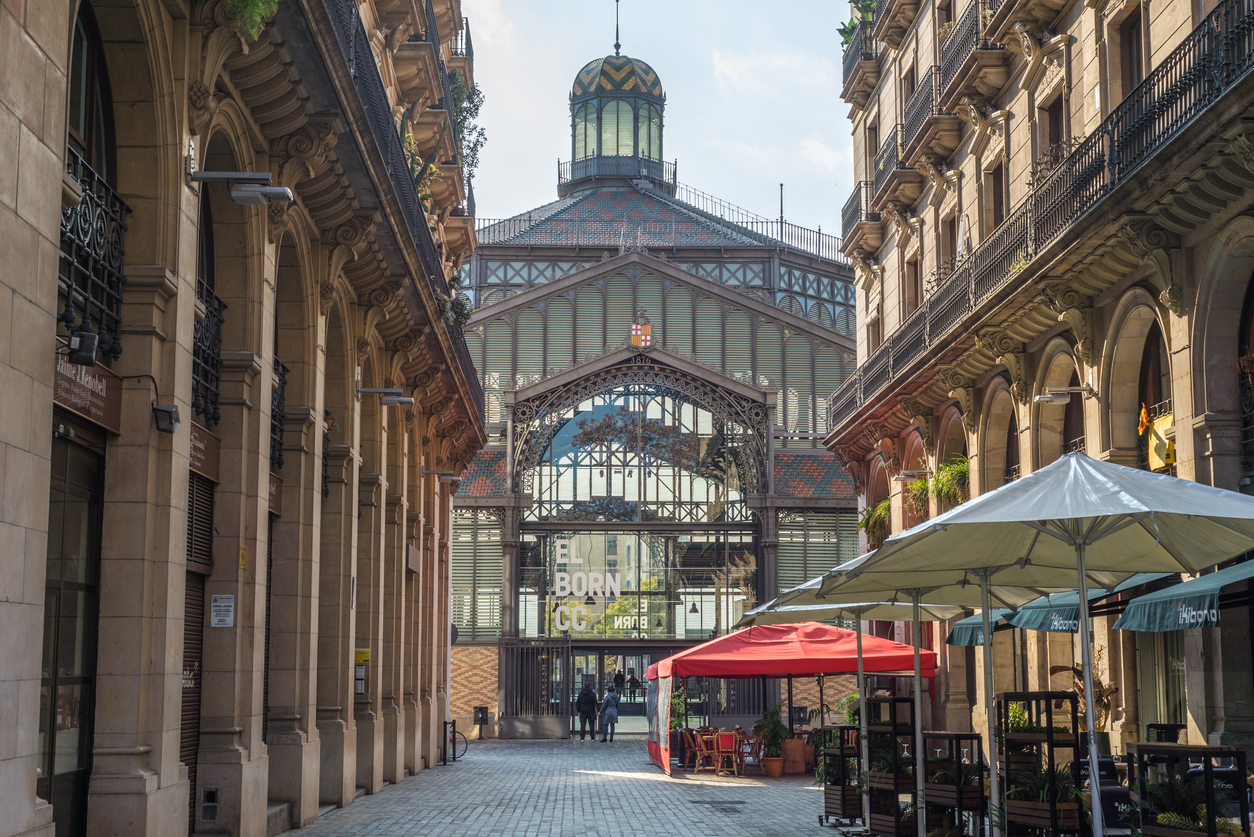 Part of the Ciutat Vella (Old Town) and east of the Barri Gòtic, anchored by its main drag Passeig del Born, this district has in recent years become a lively, creative and fashionable quarter of cafés, restaurants, (sometimes quite posh) shops, and watering holes that’s hopping day and night. There’s even a spot of interesting culture here, such as the Museu Picasso, with a collection of more than 4,200 works housed in several connected mediaeval buildings, and the Centre de Cultura i Memòria, a onetime covered food market which since 2013 besides exhibition halls, performance spaces, and a food hall also displays the extensive excavations of a 17th-century neighbourhood that once stood on this spot.

(BTW if your tastes run to the more alt/gritty/multiculti side, also check out Raval, on the west side of La Rambla, also home to MACBA, the Barcelona Museum of Contemporary Art  and CCCB (Barcelona Centre of Contemporary Culture.) 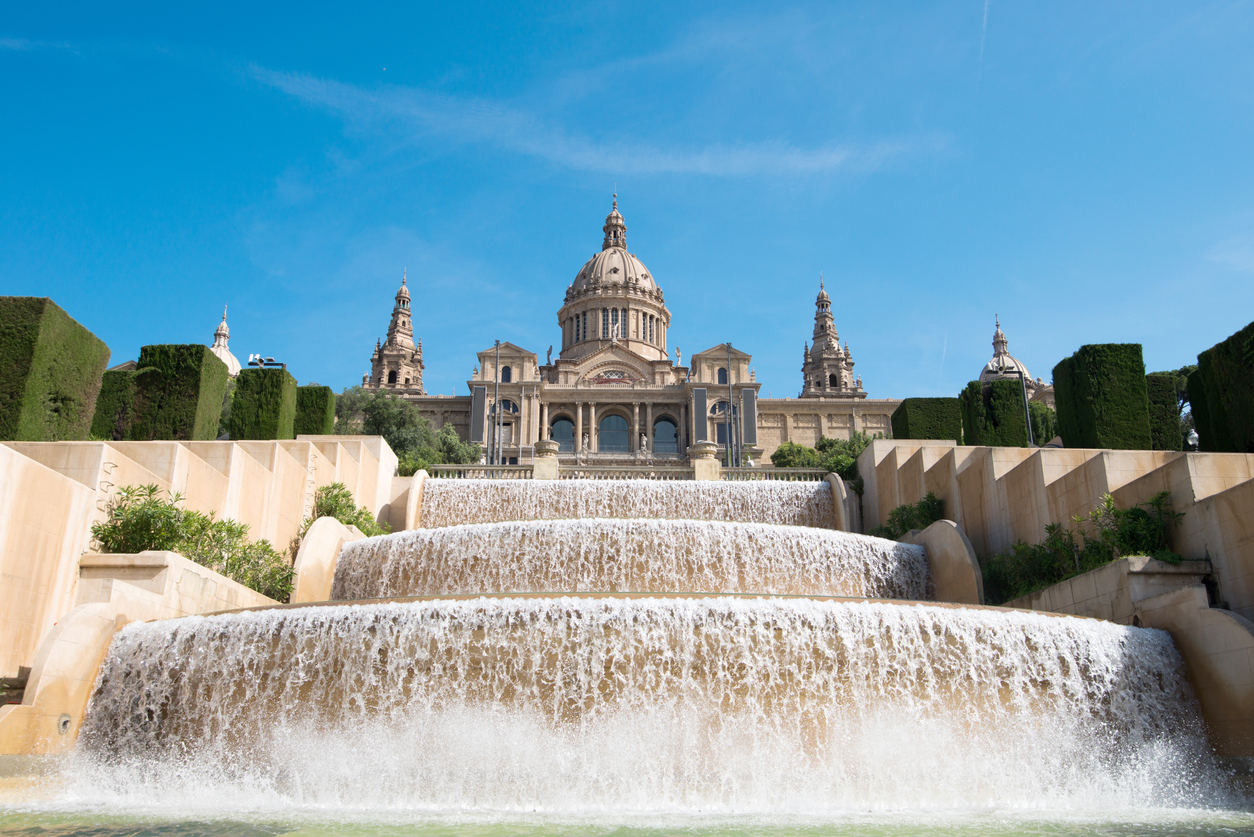 The broad, low hill in Barcelona’s southwest offers pleasant strolls amid bucolic surroundings, but it’s also packed with amazing cultural institutions – mostly a legacy of the World’s Fair held here in 1929. The most noticeable example is the imposing Italianate Palau Nacional (above), which houses the Museu Nacional d’Art de Catalunya, with a varied collection especially strong in the areas of the Romanesque and Modernista. Others include the Poble Espanyol, essentially a theme park whose theme is Spain, with more than a hundred structures recreating some of the country’s most emblematic buildings and sites; the Fundació Joan Miró, a modern-art museum centred around the work of the great eponymous Catalan 20th-century master; the Barcelona Botanical Garden; the Ethnological Museum, which covers various world cultures but is particularly strong in the local culture, that of Catalonia itself (therefore especially recommended); the Museum of Archaeology of Catalonia; and the Olympic and Sports Museum (a number of stadiums and venues for the 1992 Olympics that first brought Barcelona out onto the world stage in a major way are located up here, as well).

Also Modernista, but designed by another prominent architect of the day, Lluís Domènech i Montaner (1850-1923) in 1908, this concert hall between Barcelona’s Ciutat Vell (Old Town, which includes the Barri Gòtic) and the Parc de la Ciutadella, this concert hall is a feast for the eyes as well as the ears (especially inside), and still plays an enormous role in the city’s cultural life. It’s a real treat to attend choral/classical performances here, and it’s open for tours, as well. 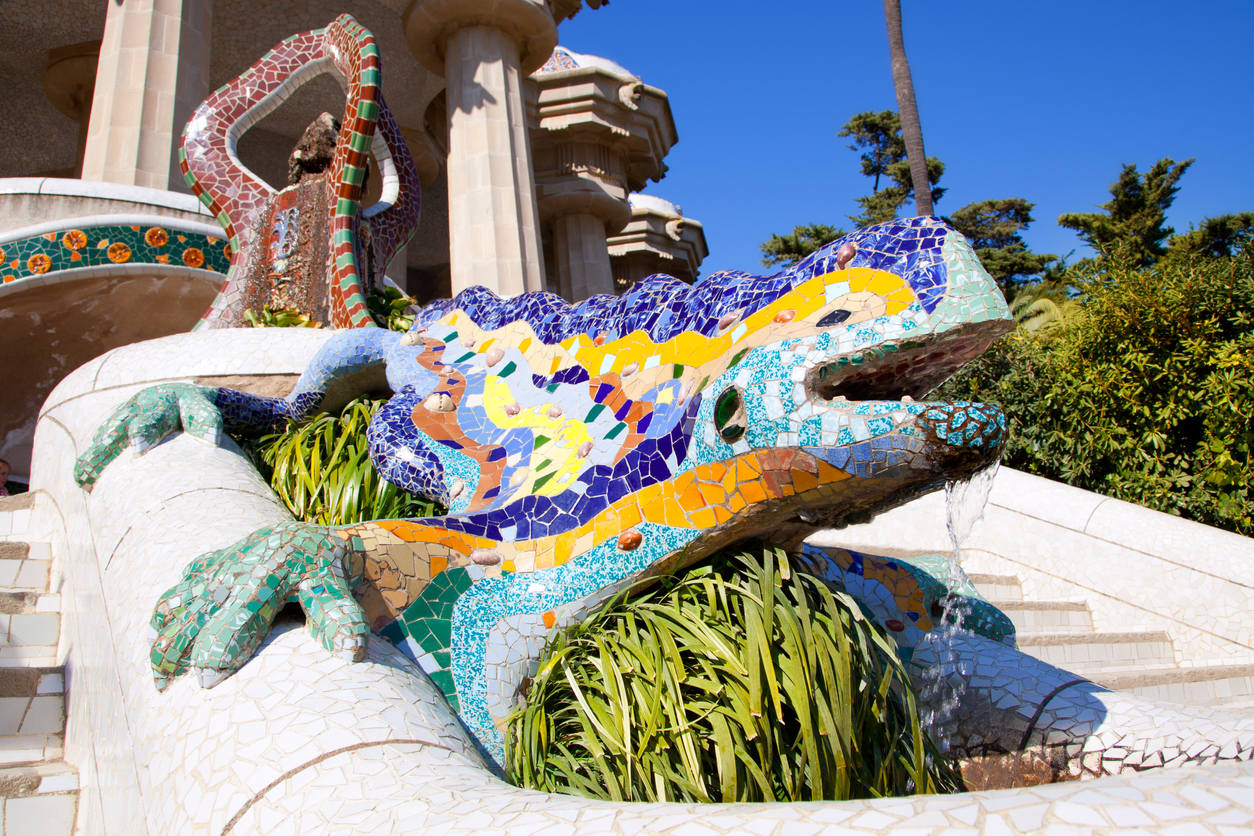 Up in the northerly Gràcia neighbourhood, this 17-hectare (42-acre) park opened in 1926 makes a lovely outing, with a pair of houses by Gaudí, as well as a terrace, colonnades, fountains, and wonderful tile and mosaic work. It’s become so popular, however, that since 2013 its popular core areas have been made restricted access to non-residents, with access according to timed-slot tickets. 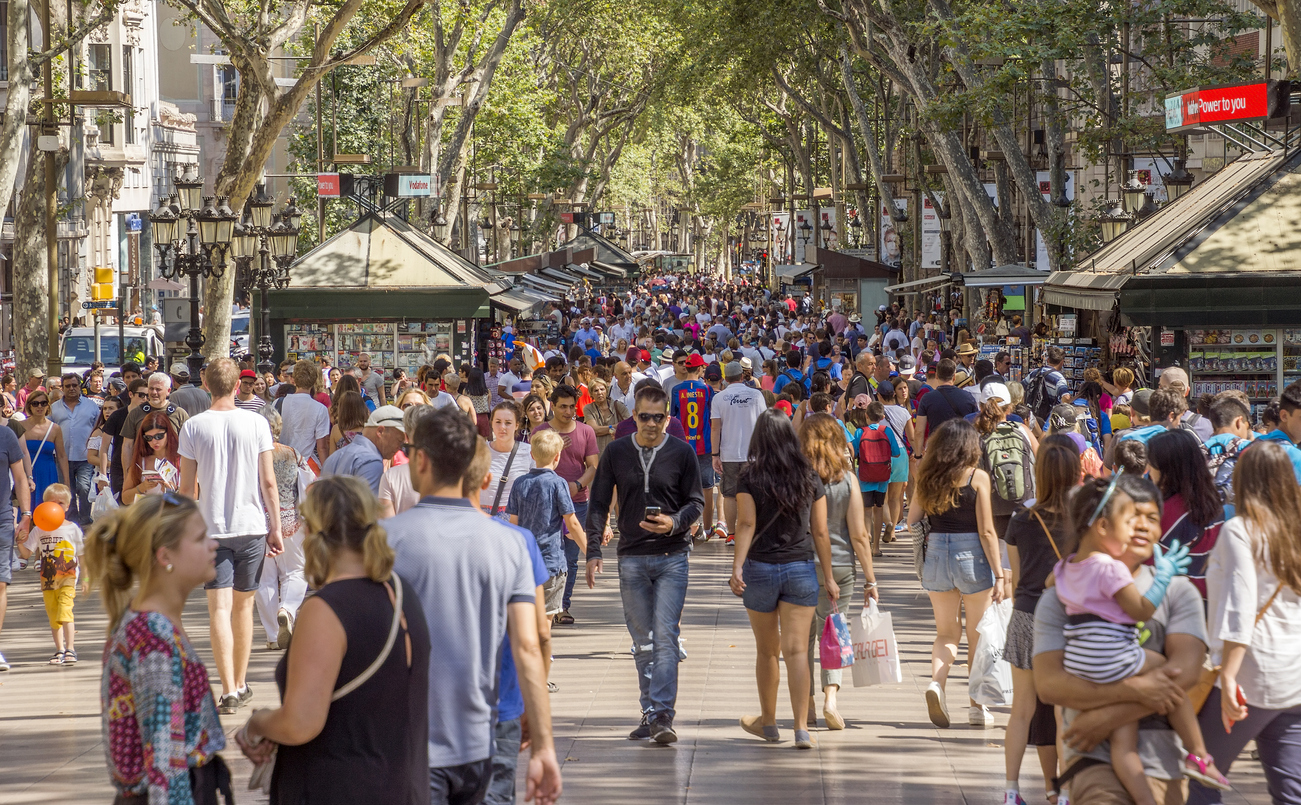 A plane-tree-lined (and these days almost always crowded) pedestrian promenade running 1.2 kilometres (¾ mile) from Plaça de Catalunya along the edge of the Barri Gòtic down to the port, it’s lined with news agents, kiosks hawking various merchandise (especially tourist tat, but also birds and other small pets), and all manner of shops, cafés/restaurants (many of which have delightful outdoor seating), as well as several hotels. Halfway down you’ll find one of my favourite covered markets for a browse or a feed, the Boqueria (aka Mercat de Sant Josep), as well as the Liceu, Barcelona’s handsome opera house, which debuted in 1847. At the bottom, you can climb the ginormous statue of Christopher Columbus and visit the nearby Drassanes Reials (Royal Shipyard), founded in the 13th century but the current structure dating back to the 16th; these days its vaulted halls are home to a fascinating maritime museum. 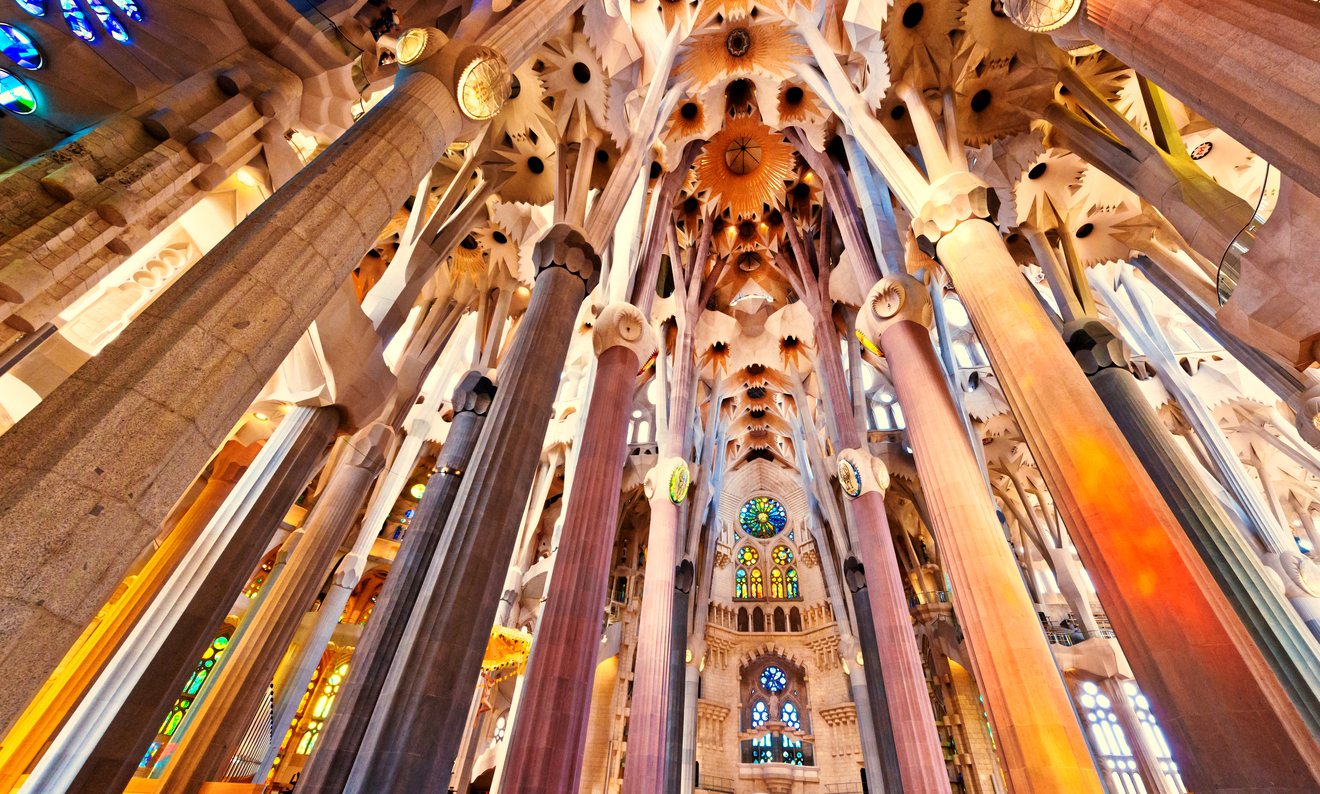 
Not just Gaudí most famous work but also Barcelona’s most reknowned icon (as well as the most visited monument in all of Spain), the towering Expiatory Temple of the Holy Family (top) which broke ground in 1882 and is scheduled to finally be completed in 2026, the 100th anniversary of the architect’s death. With its organic, melted-wax silhouette and interior of forestlike interior pillars and glorious stained-glass windows (above), this is truly an otherworldly experience. 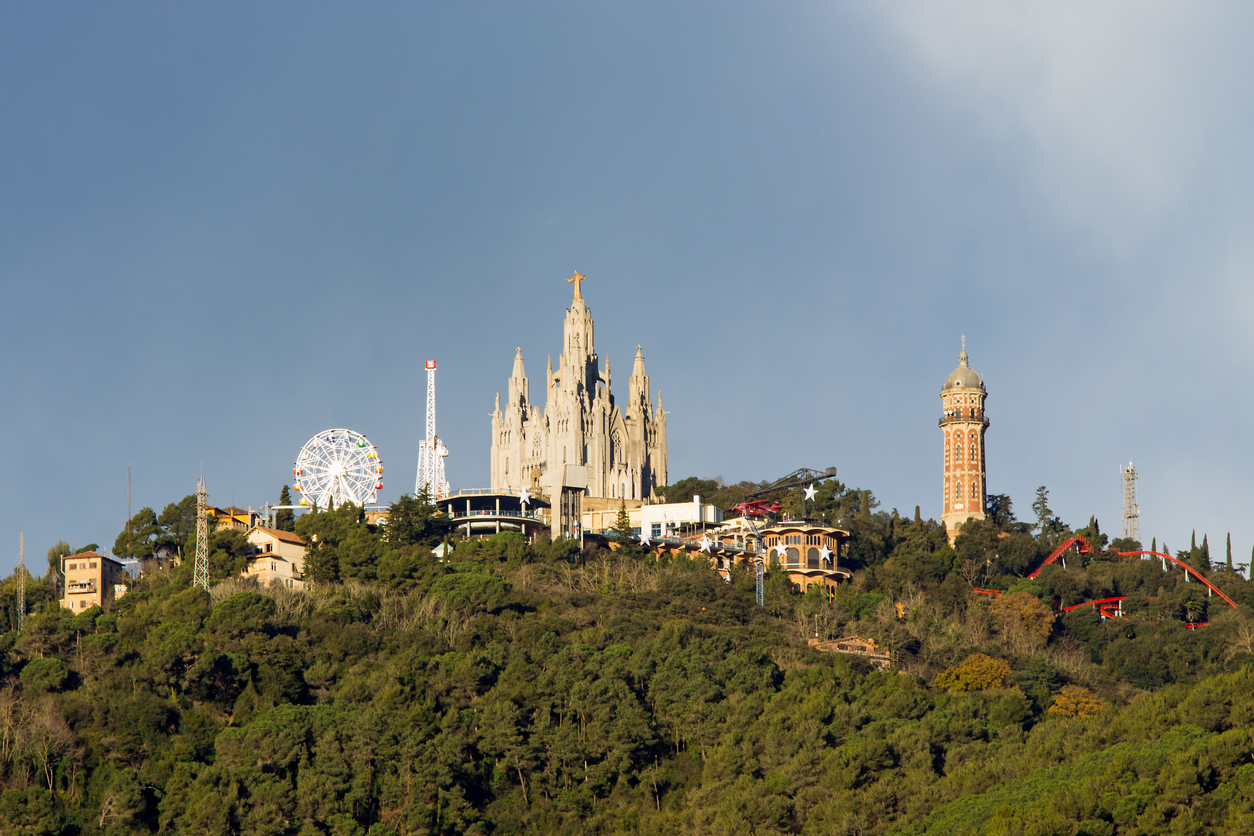 The higher of Barcelona’s two hills rises 512 metres (1,680 ft) in the city’s northwest, and provides perhaps the most panoramic/comprehensive views out over the cityscape toward the Mediterranean. There’s a road leading up here, but most visitors take the funicular (Spain’s oldest, opened in 1906), and when they arrive they find the neo-Romanesque/Gothic-style Sagrat Cor church, which broke ground in 1902 and wasn’t completed till 1961. Just below it is a modest amusement park that at 114 years old is one of the world’s oldest, a charming mix of vintage and new rides and attractions – most fairly tame as these things go, but given extra zing by being suspended so far above the city!

More on Barcelona from Love2Fly: