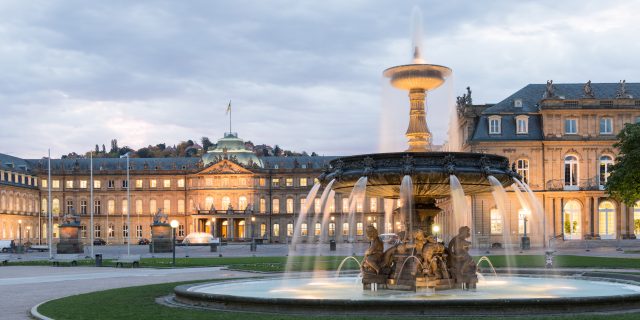 Gateway to the Black Forest in southwest Germany, the capital of Baden Würtemberg state is famed throughout Europe and beyond as an industrial powerhouse, and in particular as the hub of the country’s formidable automotive industry (and the home of Daimler Benz and Porsche). But for all Stuttgarters’ reputation as busy bees, there’s another side to them and their hometown (pop. 2.7 million, metro 5.2 million), whose history dating back to its origins as a military outpost of the Roman Empire has left it with an impressive legacy of magnificent palaces, monuments, gardens, and some marvelous culture spread across its rolling hills. 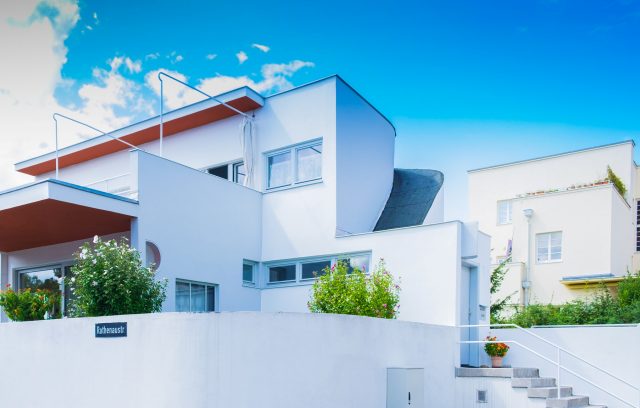 That historical legacy includes a wide range of fine architecture from Gothic to cutting-edge modern, but one example of special interest this year, the hundredth anniversary of the highly infuential Bauhaus school (covered in this blog earlier this year), is the 21-building housing estate Weissenhofsiedlung 1927 (of which eleven buildings survived World War II), designed by the iconic Swiss architect Le Corbusier and 16 others under the direction of Mies van der Rohe and restored in the 1980s.

The complex is also being celebrated by a multimedia exhibit at the Staatsgalerie from 7 June through 20 October 20: Weissenhof City: From the History and the Present to the Future” delves into the history and the current thinking on modernism present in the city today. Then from mid-November through February 2020 it will host “The Bauhaus Files: A European Project”.

It’s a good example of how this dynamic city has participated in the ongoing evolution of culture through the 20th century and beyond. Another is its International Festival of Animated Film (its 27th edition in 2020 scheduled for 5-10 May), as well as a vibrant modern-art gallery scene and cutting-edge Kunstmuseum Stuttgart, housing a 15,000-work collection in a sleek glass cube in the heart of the city. 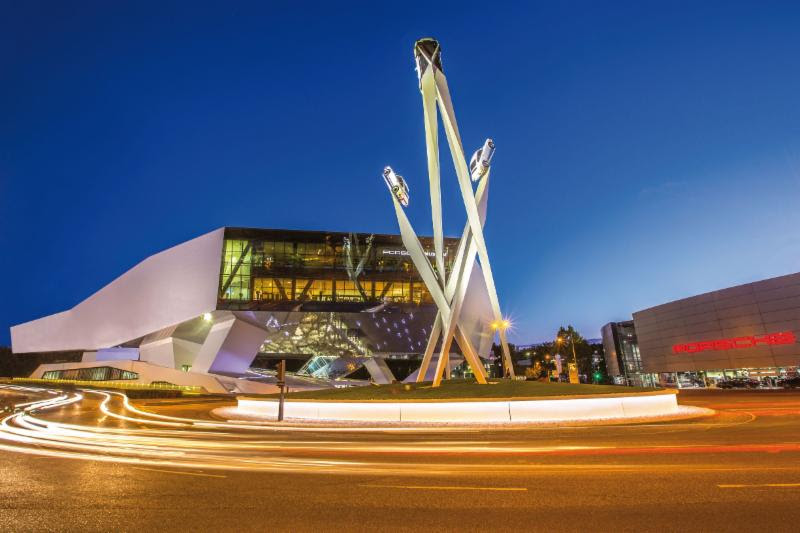 One of my favourite traditional landmarks in the area is majestic Hohenzollern Castle, an hour south of the city.  One of dozens of magnificent estates, monasteries, and gardens along Baden-Würtemburg’s Burgstrasse (Castles Road), this massive mid-19th-century Gothic Revival pile dominating a 900-metre (2,953-foot) hill was the ancestral base of the kings of Prussia.

Another little known side of Stuttgart is its thermal baths – with no fewer than 19, second in Europe only to Budapest – with a variety of spas, several of them like the Schwabenquellen, quite elaborately themed.

Two of the city’s automobile attractions are also pulling out the stops to mark their tenth anniversaries – the Porsche Museum with special exhibitions this summer and fall marking the 50th anniversary of its 914 and 915 models, and MOTORWORLD with a festival on 8 September. 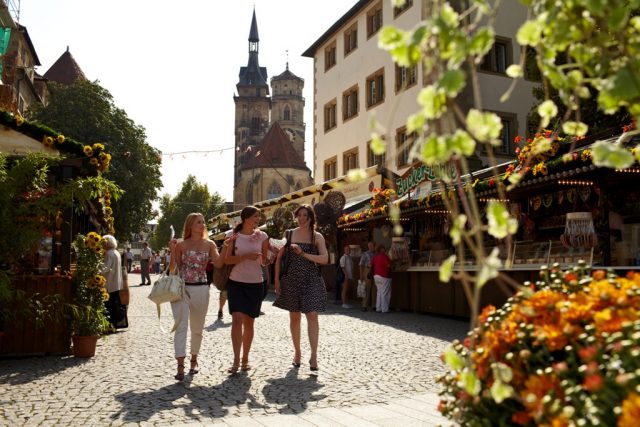 And of course a must when visiting town is the Bohnenviertel, the early-15th-century “Bean Quarter” that was restored in the 1970s to preserve its original character. Today it’s lovely to stroll the cobblestone streets and browse its galleries, shops selling antiques, jewelry, and crafts, and partake of its charming food and drink options.