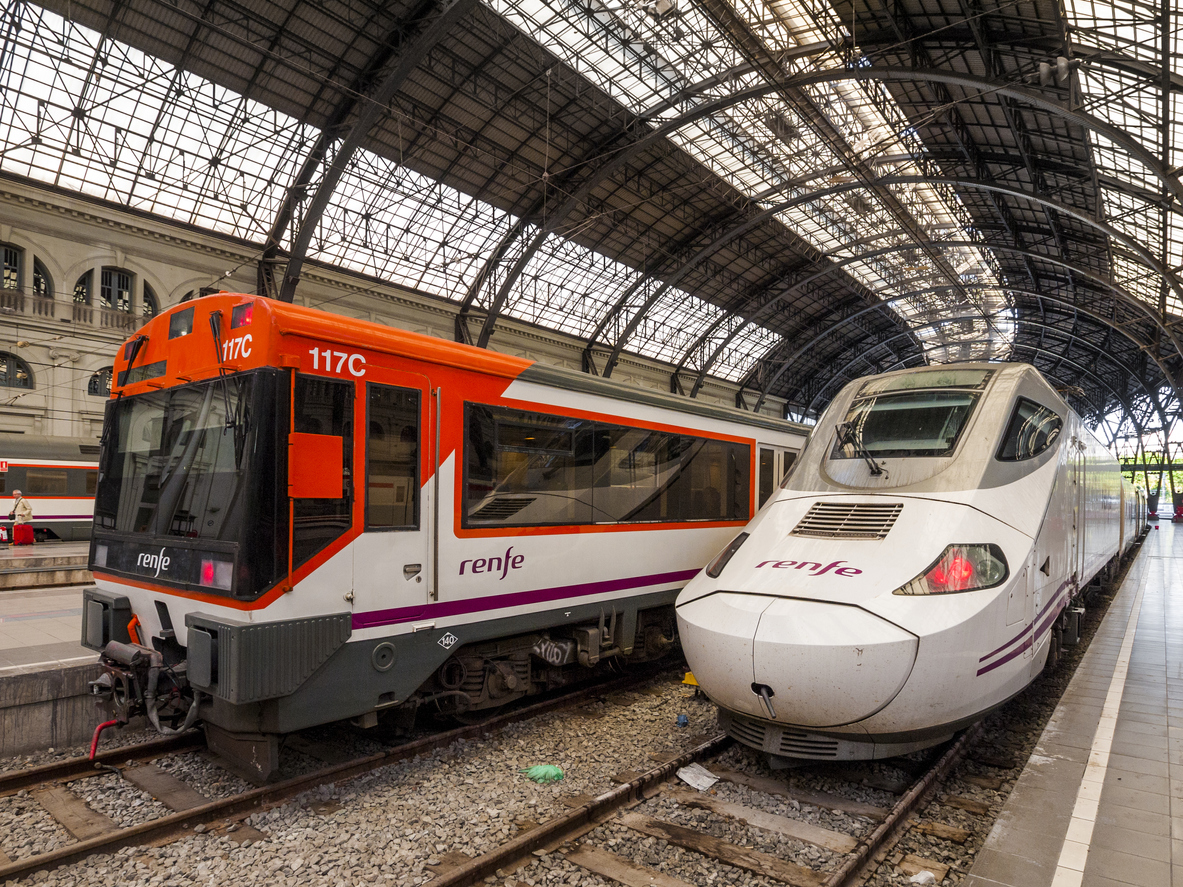 In a relatively few years, Spain‘s railway system has gone from one of Europe‘s most backward, before the 1980s, to one of its most modern and advanced, with 16,026 kilometres (9,958 miles) of track connecting more than 2,000 destinations and stations. Meaning it’s very easy, once you’ve arrived by plane, to proceed to almost anywhere in the country you’d want to visit, in convenient, comfortable, and affordable fashion. Let me give you a quick rundown – all aboard! 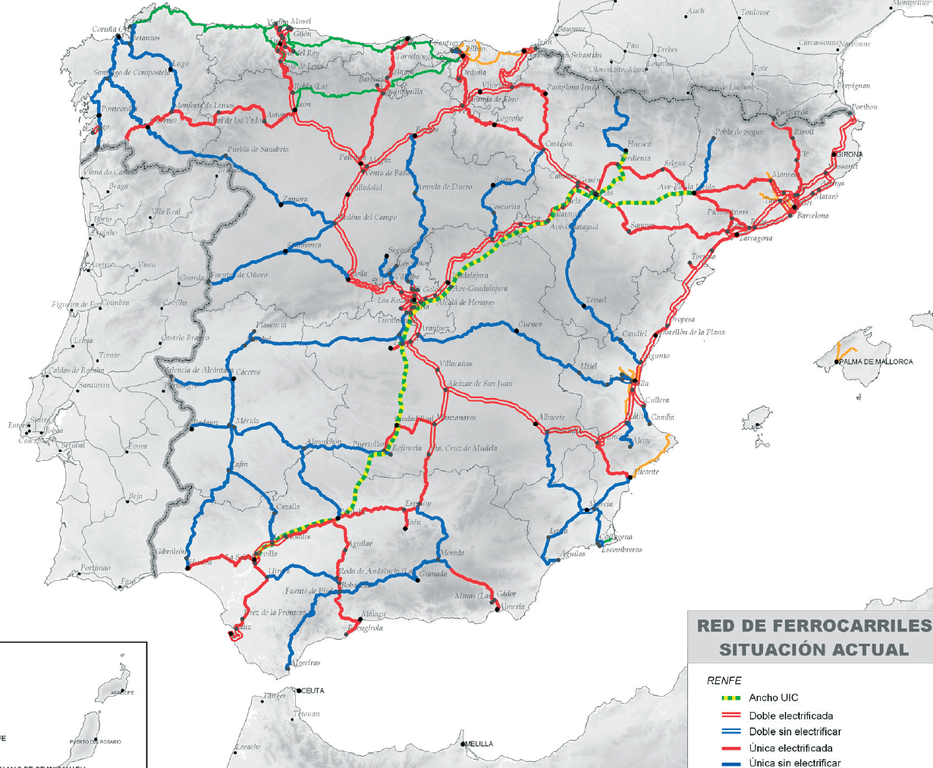 In addition to various systems of clean, modern, punctual regional and local (cercanías) trains across the country, there is excellent longer-distance service as well, operated by the state-owned national rail company RENFE. Most especially the high speed AVE – reaching speeds of 300 to 350 kph (190-220 mph), which connects downtown Madrid with central areas of numerous cities, including Barcelona (three hours), Málaga (5½ hours), Santiago de Compostela (6½ hours), Seville (2½ hours), Valencia (an hour 40 minutes), and Valladolid (just under an hour); another AVE line is in the works to Lisbon. And of course quite a few other city pairs are available, as well, such as Barcelona-Girona (40 minutes), Málaga-Barcelona (just under six hours), Seville-Barcelona (5½ hours), and Seville-Valencia (just under four hours). 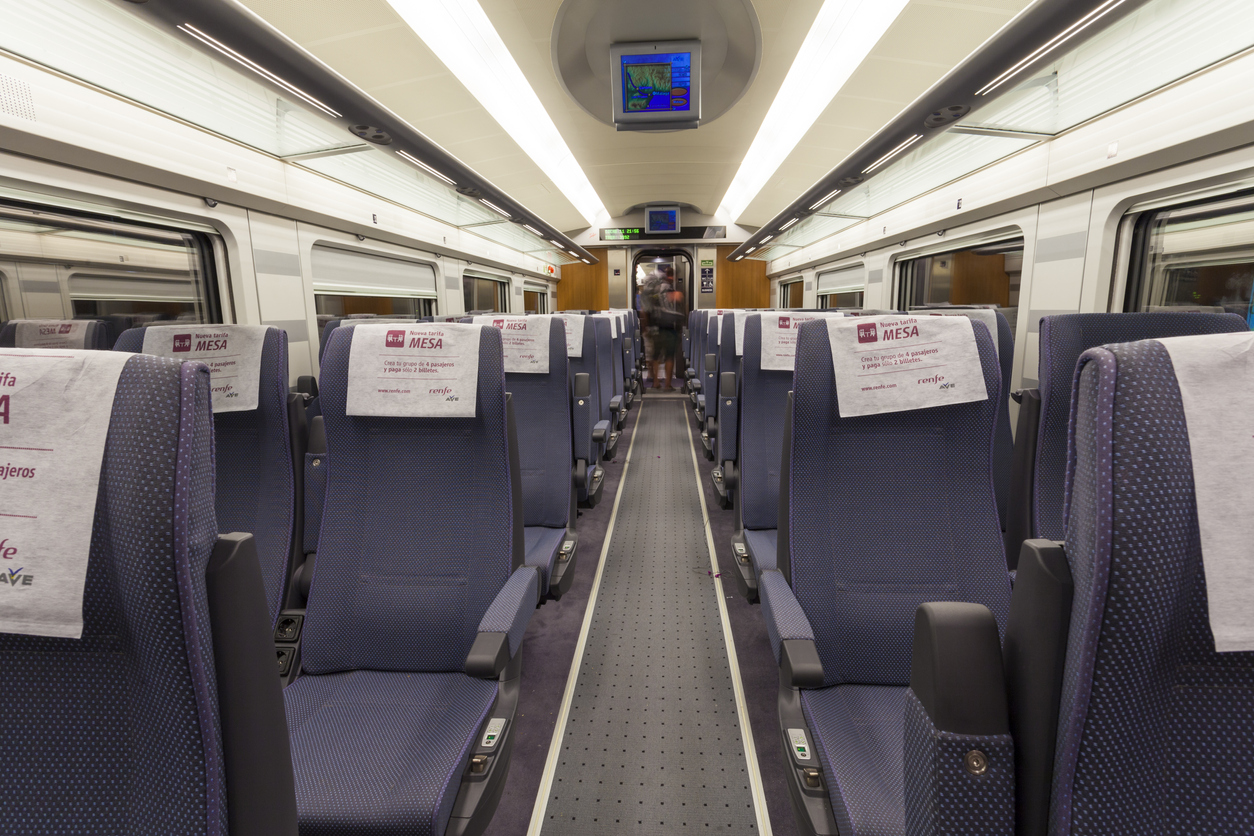 Long-distance train interiors, especially on AVE, are sleekly reminiscent of airline cabins, with good lighting; comfortable (and reclinable) seats; onboard entertainment systems; WiFi; and café cars serving food and drink. There are two main classes, Turista (second class) and Preferente (first class), and on select trains also offers Turista Plus (premium second class), with first-class seats but without first-class amenities such as hot meal with wine at your seat and access to Sala Club lounges at larger stations. 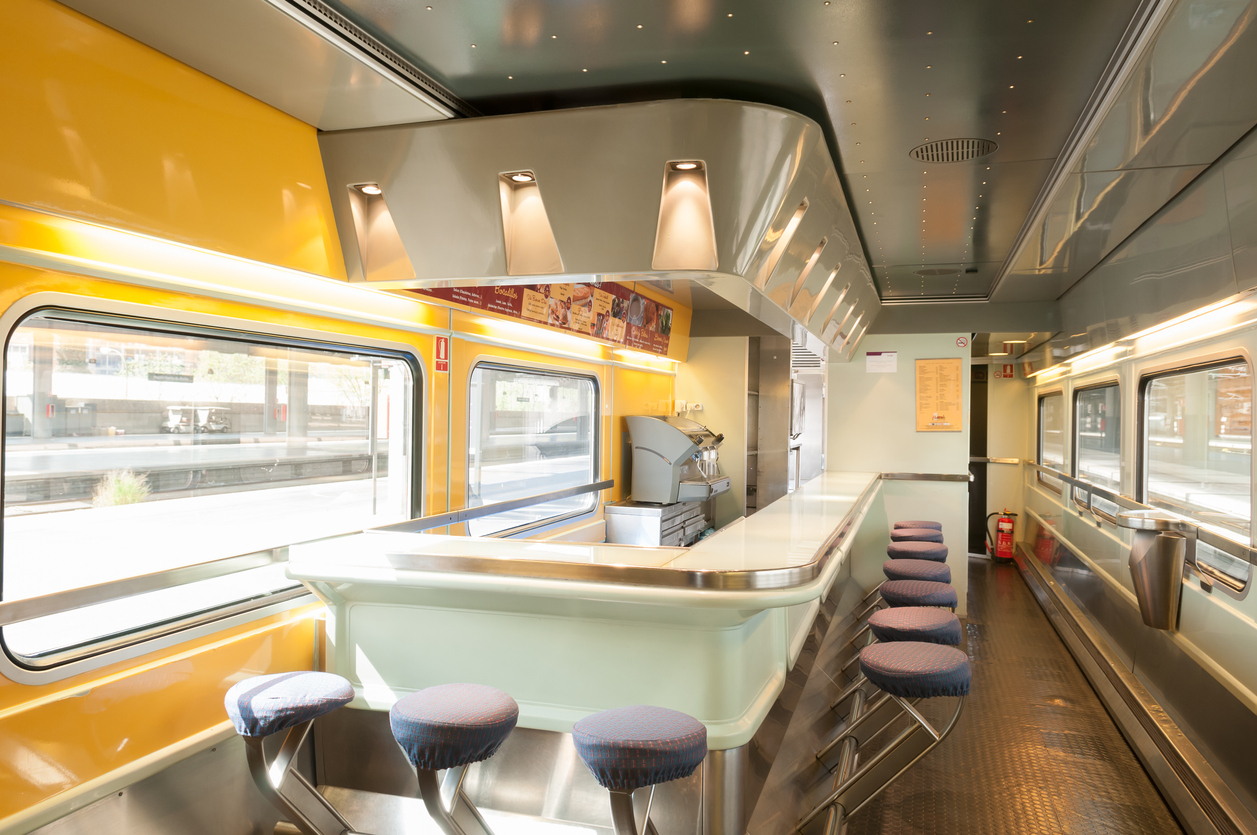 All long distance trains do require seat reservations. Booking online is of course straightforward – though most trains will have same-day availability (except of course for holiday periods, especially Semana Santa aka Easter week), reservations are available 60 days before travel. And while state-subsidised prices are all generally quite reasonable, you should definitely look into Promo and Promo+ fares, which can be as much as 60 percent cheaper than regular fares; age-related discounts are also available. So are rail passes such as RENFE’s Spain Pass, valid for one month and purchasable up to six months in advance (other European passes such as the Eurail Pass are also good here); just keep in mind you still need to make reservations for the trains you want to take. Also keep in mind that you should always compare train fares and airfares, because for some destinations flying will still be the better option. 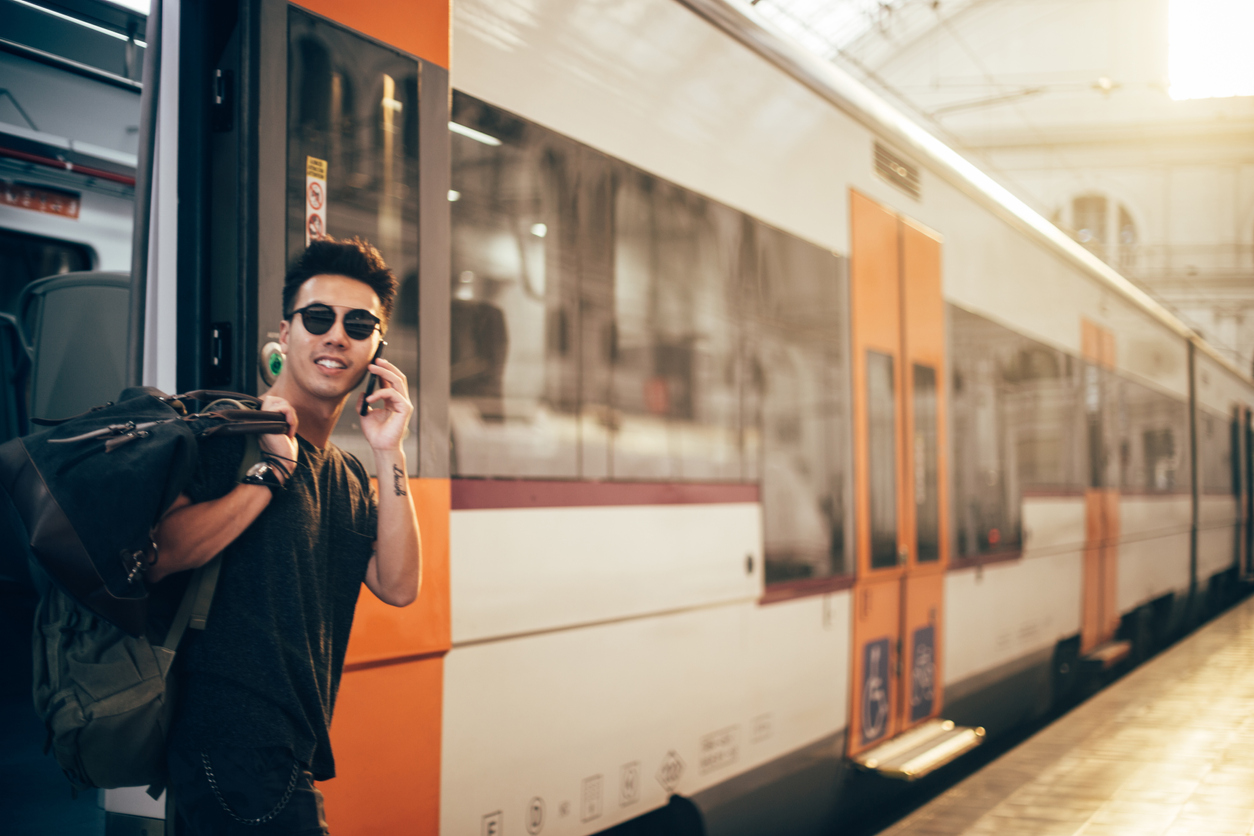 And now here’s where Iberia comes in. With its Train&Fly programme, if you’re visiting Córdoba, Málaga, Seville, Valladolid, or Zaragoza, you can purchase a single combined ticket on Iberia.com, through Serviberia, or at a travel agency. Then when you check in online, you can print out your boarding passes for both flight and train from the day before and up to 2 hours before the scheduled flight departure time.

Finally, when the journey is as important as the destination, you might be interested in a number of special “tourist trains” that run themed and/or scenic routes in several regions. These include northern Spain’s “train cruise”, the Transcantábrico (from Santiago de Compostela to León or San Sebastián); the vintage train La Robla Express (also in the northern regions of Asturias, the Basque Country, and León); and the luxury “palace on rails” Al-Ándalus Train (above) covering key destinations in Andalusia.  Those are multi-day itineraries, but one-day options include the also vintage Tren de la Fresa (Strawberry Train), a nice family outing from Madrid to suburb Aranjuez with its grand palaces and gardens; the early-20th-century, narrow-gauge Sóller Train from Majorca’s capital Palma de Mallorca to the interior of the island; and the Cervantes Train , with actors dramatising the life and times of the greatest of Spain’s great writers Miguel de Cervantes, from Madrid to the great man’s birthplace, Alcalá de Henares.