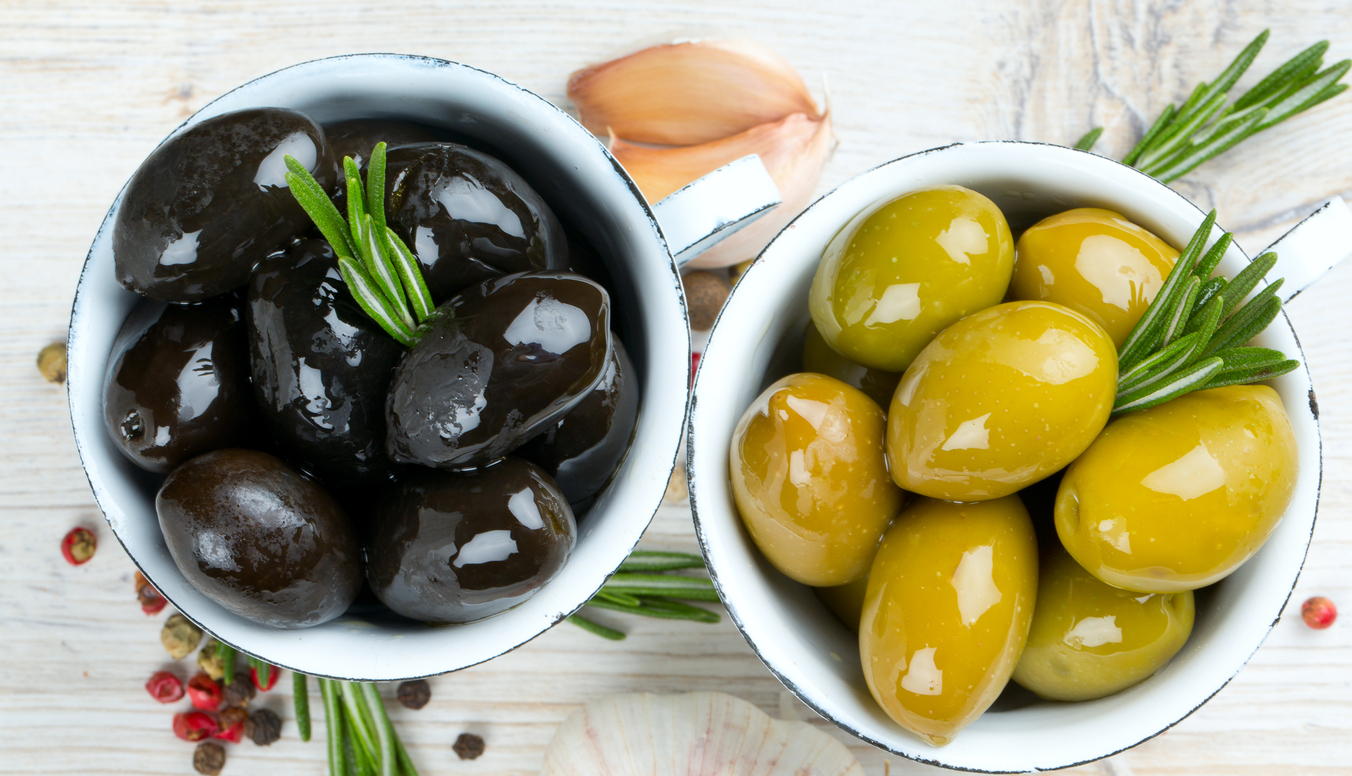 It’s no news to most foodies that Spain produces some of the world’s best olive oil (as well as being by far the world’s largest oil producer and exporter), especially in places like Jaén province and elsewhere in Andalusia, and thus of course it goes without saying that this country is also a superpower when it comes to the source itself: olea europaea, the ancient, noble, and quintessential fruit of the lands of the Mediterranean-basin. So here’s a quick introduction to the olive and its critical importance to Spanish cuisine. 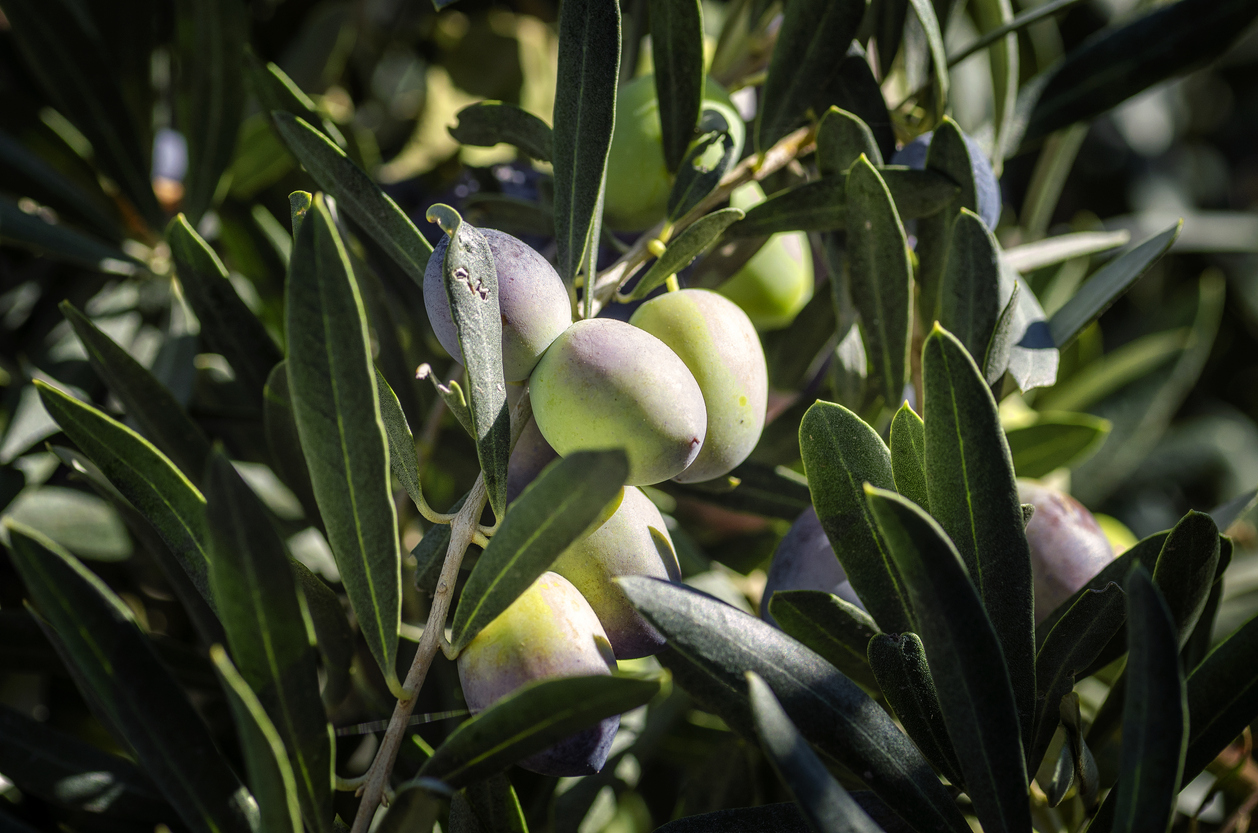 First of all, a quick note as to how deep seated is Spain’s passion for this savoury little fruit. Olives and olive trees played a big part in the history and culture of ancient Rome, and so when the Romans conquered the Iberian Peninsula to forge Hispania, they naturally became a common part of the landscape here, and percolated into every aspect of cookery and sometimes beyond. In fact, experts say that there are a number of olive trees still standing in Catalonia that still survive from that distant era, 2,000 years later – specifically in the Tarragona-province towns of La Galera, La Sénia, and Ulldecona; one small, 135-year-old family producer here, the Molí de la Creu el Vilar, even produces oil from trees more than a thousand years old. But I digress. 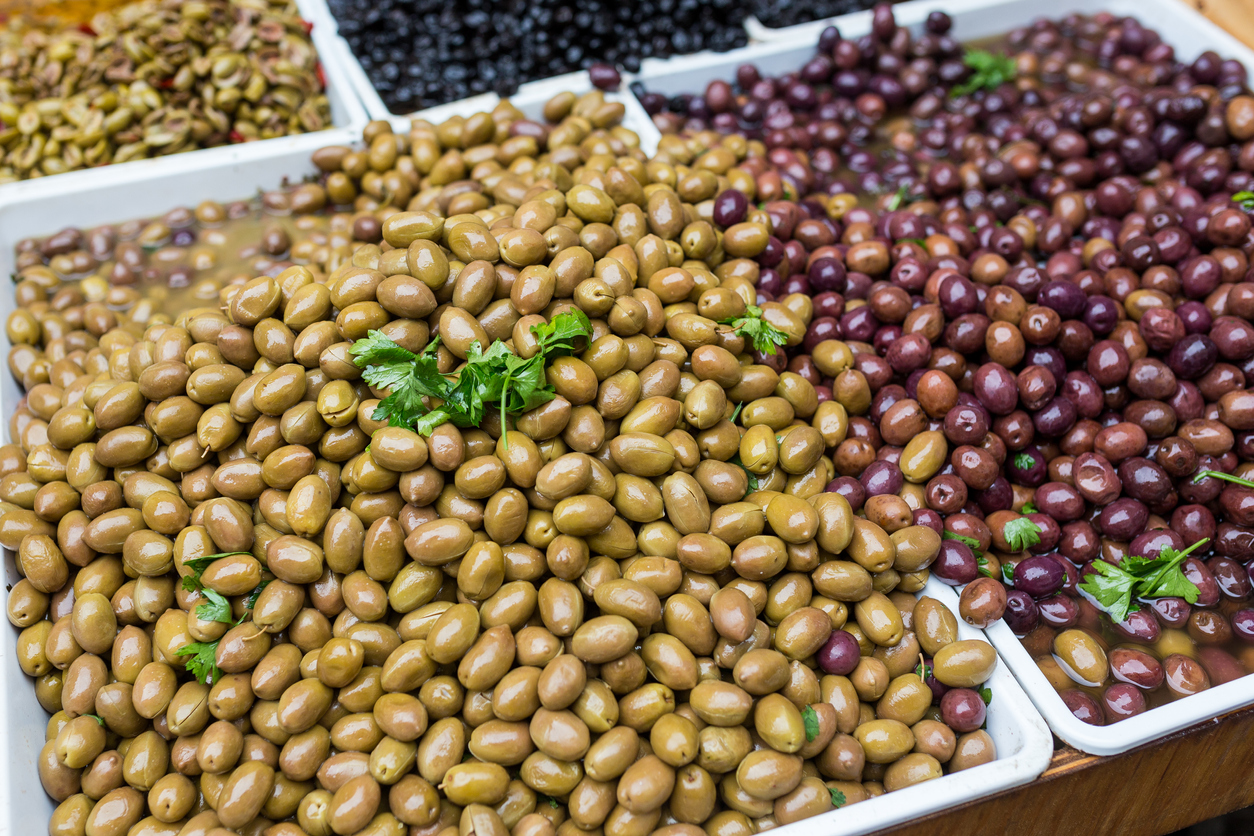 Today, olives are absolutely everywhere you look in Spanish food, whether large or small, green, yellow, black, or purple (their colour actually derives from when they were plucked from the tree – green or yellow just before ripening, black or purple at full ripening). Here are the three main types – usually cured in what’s called Spanish or Sevillian preparation, using fermentation with brine for up to one year (in fact, most of the world’s olives are processed this way, which is most likely the most familiar to you, as well):

Manzanilla – Small and easily pitted, the most popular for export.

Hojiblanca –  Later maturing, with colouring ranging from violet to black, often seasoned in “Californian” style, with garlic and herbs such as thyme, etc.

Gordal – Referred to as Queen in English, the “Beauty of Spain” is also green, but larger and fleshier than Manzanillas, with an oval, slightly asymmetrical shape. 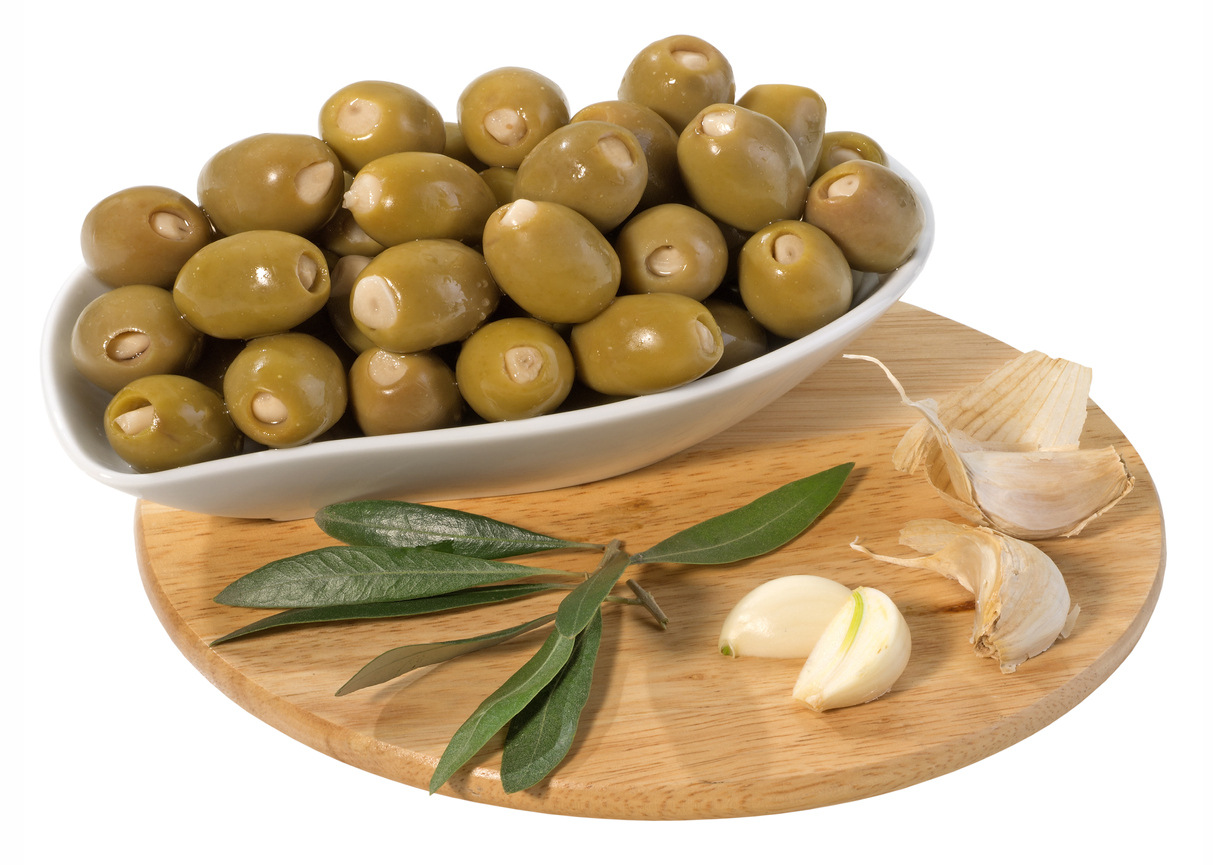 And before I get to the many delicious ways olives are deployed in the kitchen, let me take a moment to point out what nutritional powerhouses these little babies are. Lying at the heart of the vaunted Mediterranean diet, with about 150 calories per 100 grams (3½ ounces), they’re packed with healthy unsaturated fats; antioxidants;  minerals such as calcium, iodine, iron, magnesium, phosphorus and potassium (while also having significant levels of sodium); and vitamins, especially Vitamin E. (And by the way, olives are also very much on the list of foods recommended by most nutritionists to promote weight loss, heart health, and lowering of cholesterol.) 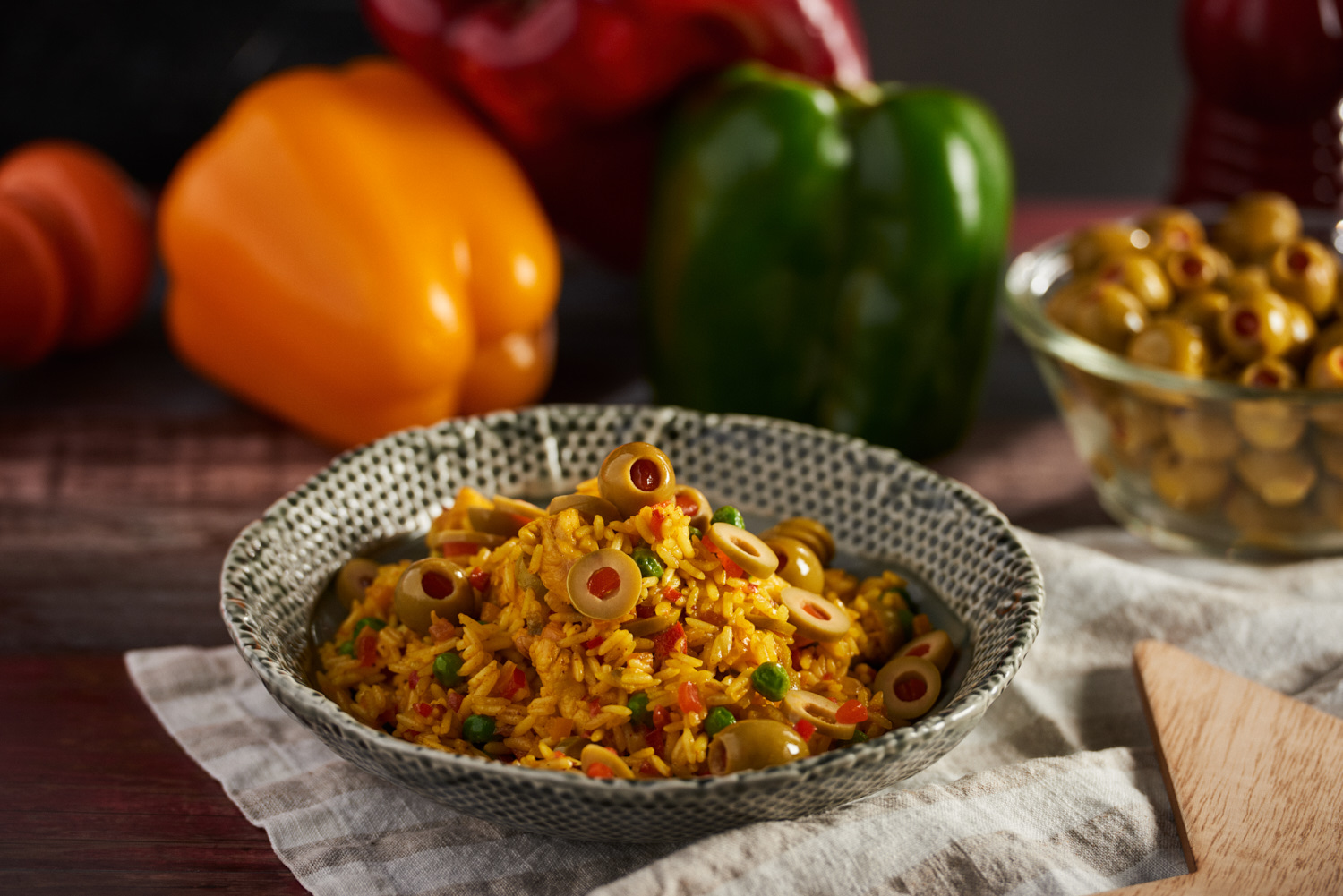 But now to the fun part: eating! Most of us are familiar with pitted Manzanillas stuffed with red pimentos (in Spain you’ll sometimes also see them stuffed with garlic (above) or anchovies) as an hors d’oevre or bar snack.  But they’re also ubiquitous as olivada (tapenade) as well as garnishes for and sometimes included in a variety of traditional Spanish dishes. Furthermore, kitchen whizzes the world over have been busy coming up with all sorts of creative nouvel recipes that leverage the distinctive tang and taste of olives into amazing culinary experiences. Just a small handful of examples (and check out yet others here and here):

Chicken and olive rice (above) 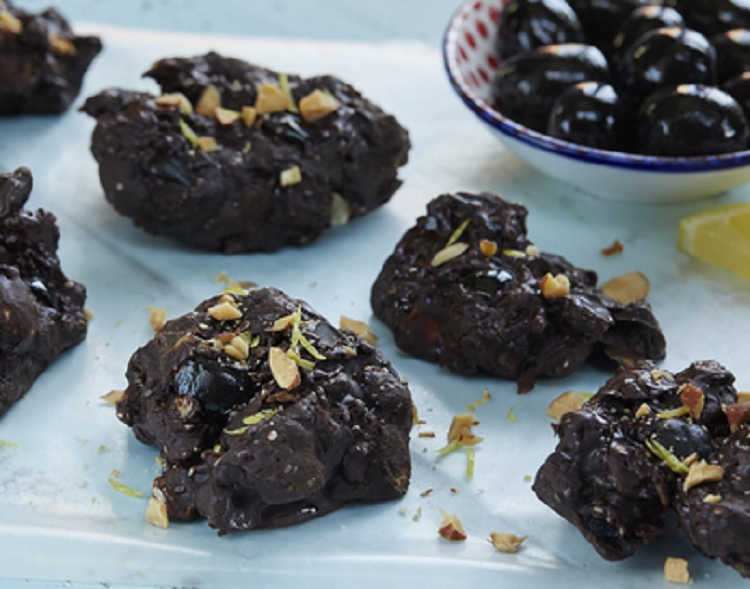 And finally, though these days olive oil is no stranger to desserts, believe it or not, the fruit itself can also make a scrummy contribution on the sweet end of the spectrum. How about chocolate rocas (a kind of dark-chocolate/almond biscuit) with black olives (above)? Olive brownies? Or lemon chiffon cake with olive brittle and tarragon ice cream?

Come explore the myriad possibilities of Spanish olives, starting at OlivesFromSpain.uk and HaveAnOliveDay.eu.