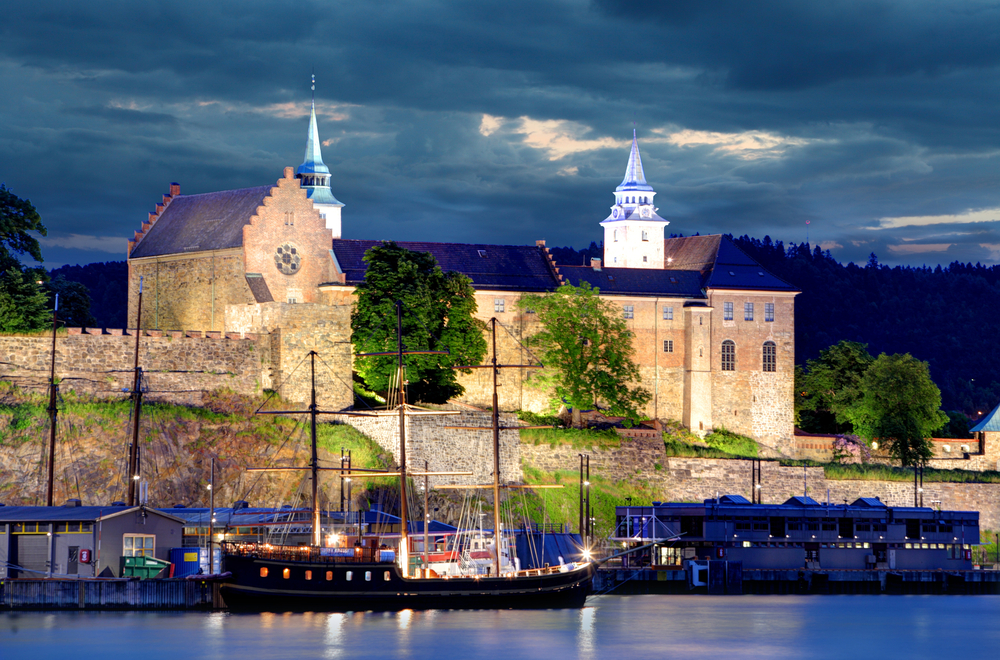 Perhaps best known as the venue of the annual Nobel Peace Prize (awarded each December 10), this gracious, attractive city (pop. 942,000/metro 1.7 million) has been voted one of the world’s most “liveable”, with a marvelous menu of historic/cultural sites, dining, and more. But today’s Norwegians in my experience tend to be mellow and not much prone to tooting their own Viking horns. What that means for visitors is a delightfully low-key but high-reward experience without the crowds you expect in many other European capitals. And since Oslo is also one of Iberia’s new destinations for 2019, please allow me to introduce you – velkommen!

Located at the end of a lovely fjord off the Baltic Sea in Norway’s south, this is technically one of the world’s most sprawling capitals by area – though most of this is forestland, and even the most of the more urban areas don’t feel “hyper” urban in the way of, say, London, Paris, and New York.

The old downtown, Sentrum, is easily walkable, and much of its architecture dates back to the 19 century (though there are a few things older, and modern architecture has also been making an impact on the skyline, such as the gracefully stunning white Opera House, completed on the water in 2008). Landmarks particularly worth a peek and perhaps a visit start with the Royal Palace at the end of the city’s main boulevard, Karl Johansgate (usually a couple of tours a day in English, but generally only in warmer weather); the blocky, brick, double-tower Rådhuset (City Hall), site of the Nobel ceremony and a grand main hall with grand murals; the modest cathedral; and the Stortinget, the national parliament (which also runs tours in English). 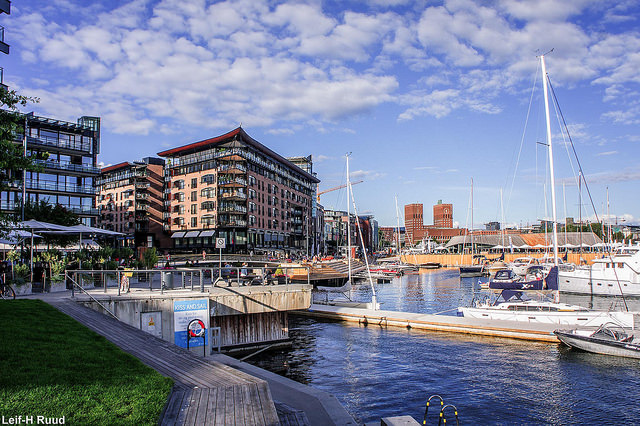 For me, perhaps most interesting of all is the Akershus Fortress (top), built in 1299, an atmospheric pile where you can roam in narrow passageways, stairs, and heraldic halls; there’s also a military museum here, as well as another I found particularly fascinating, about Norway during World War II (did you know the word “quisling” comes from Norway’s douchebag, Nazi-collaborationist prime minister? That SOB’s home out on the nearby Bygdøy Peninsula is now Oslo’s Holocaust Centre.).

Speaking of museums, there is of course no shortage of them here. The crown jewel of the National Museum system is the National Gallery, a classic specialising in Norwegian and some international masterworks from the 19th century through the 1950s; stars here include works by French Impressionists like Cézanne and Manet, but most especially those of Norway’s best known artist, Edvard Munch – including his internationally famous The Scream. Notable among the system’s several other members is a very good Museum of Contemporary Art, opened in 2012; a shiny new National Arts Museum is in the works on the waterfront for 2020. 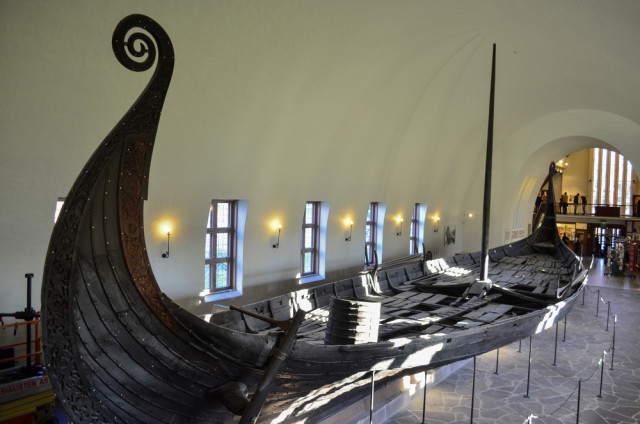 Apart from all that, there are several other museums that are pretty special to Oslo/Norway, starting with the Nobel Peace Centre across from the Rådhuset, a nicely done look at the history of the prize and especially the stories of all the prizewinners (I found some of these particularly compelling, and learned a few things I didn’t know). Next up is one devoted to Munch plus another about Henrik Ibsen, the 19th-century playwright who’s still the country’s best known (Hedda Gabler, Peer Gynt). And another more recent Norwegian celebrity is Thor Heyerdahl, who with a crew in 1947 sailed a balsa raft across the Pacific; at the Kon-Tiki Museum you’ll see that and Heyerdahl’s later craft, along with artifacts from Easter Island and other displays.

A couple of spots well worth a bus or ferry ride out of downtown are the Viking Ship Museum, over on the posh Bygdøy Peninsula west of the city, housing three wooden ships from the 8th and 9th centuries, as well as various other artifacts. Not far from here, the Norwegian Folk Museum is one of those open-air architecture/ethnographic museums they seem to especially love up here in northern Europe, and a particularly cool example indeed, with “stave churches” and other wooden buildings from all over the country, dating back to the Dark Ages. Much of all the above, by the way, as well as public transport, is included in the Oslo Pass.

Add to all that a nice variety of dining options as well as an increasingly vibrant gallery and nightlife scene, and as you can see, Oslo certainly serves up a lot to Munch on.

Best Iberia/Vueling fares from the USA, from Spain.