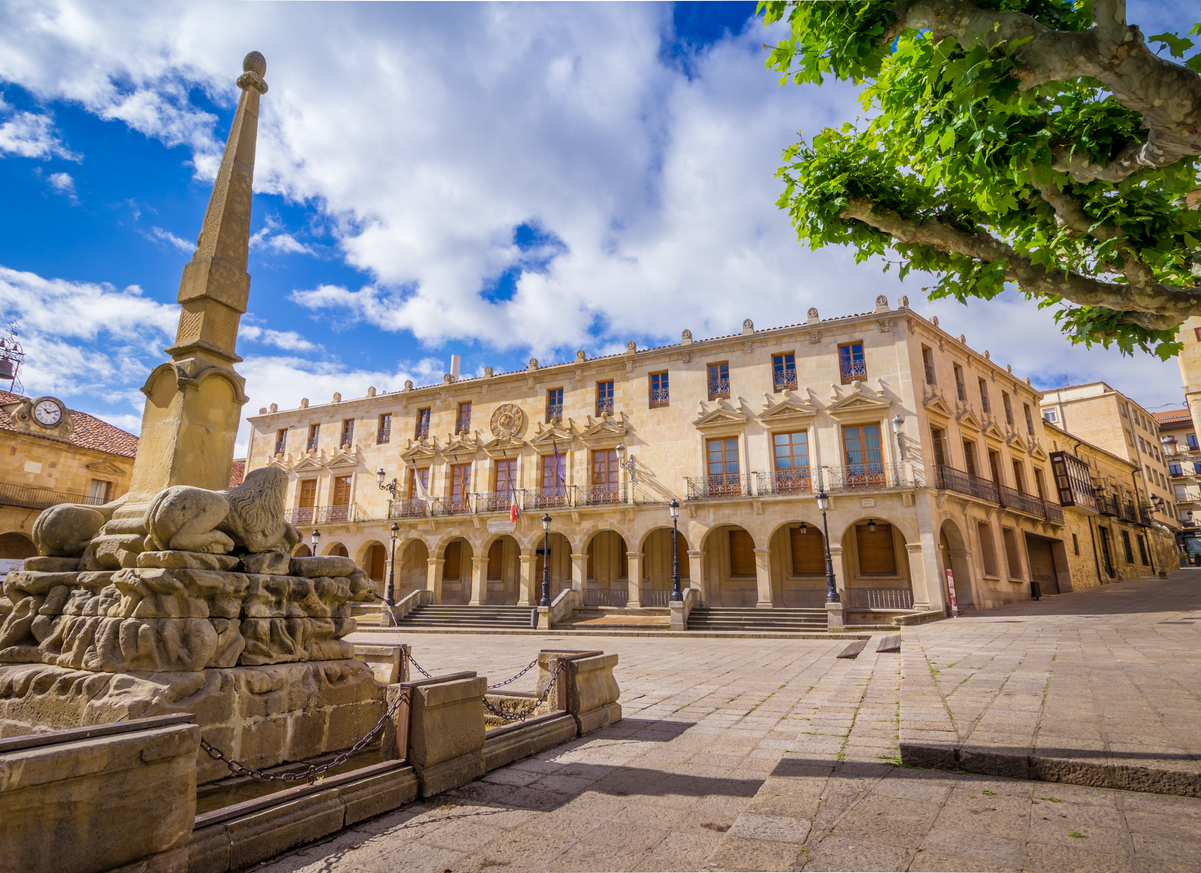 For many travellers who are especially taken with Spain, one of the pleasures of visiting this diverse country is after doing the “marquis” destinations (Barcelona, Madrid, Seville, Valencia, and the like) is coming back to discover the lesser known gems scattered across this diverse peninsula. A marvelous example of that is the province and city of Soria, part of the autonomous community of Castile-León, which sprawls across a good chunk of the country’s northwest. In good measure hilly and even mountainous, Spain‘s least populous province (and indeed, one of Europe‘s) offers a bevy of bucolic natural pleasures as well as historical, cultural, and culinary. May I introduce you?

The place to start, astride the Duero River just over two hours northeast of Madrid (and roughly similar from the city of Segovia), is the small provincial capital of the same name – again, Spain’s smallest, with a population of barely more than 39,000. Originally settled by ancient Celtiberian tribes, then built up successively under the Romans, the Visigoths, Moors, and finally the Castilians, Soria’s casco viejo (historic core) is an atmospheric trove of Romanesque, Gothic, and Renaissance architecture – and one that for literary-minded Spaniards is particularly evocative of romance, thanks to one of Spain’s greatest writers, poet Antonio Machado (1875-1939), who lived here for several years and was inspired to write one of his great works, Campos de Castilla (Plains of Castile), with lines such as “Soria, Castilian city, so beautiful under the moon”. 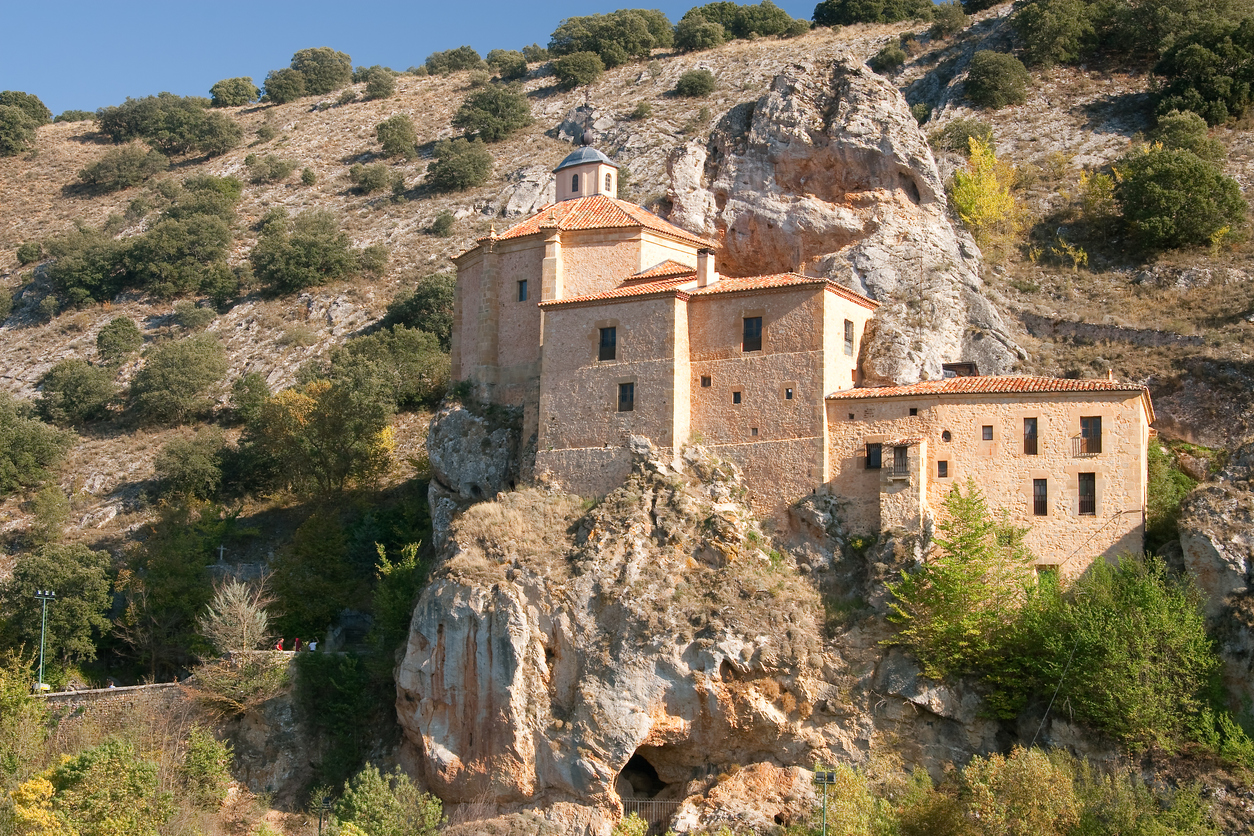 As in many other Spanish cities, the centre of the casco viejo‘s warren of narrow streets is the Plaza Mayor (top), dominated by the 16th-century Renaissance Palacio de la Audiencia (once hosting the town council, courthouse, and prison, now a cultural centre); and the austere Church of Nuestra Señora la Mayor, which includes Romanesque and Gothic elements and was largely rebuilt in the 16th and later 19th century. Soria’s location along the Camino de Santiago pilgrimage route from Paris to Santiago de Compostela helped endow it with a number of other stunning churches and chapels, as well, such as 16th-century Santo Domingo (with its Romanesque tower the only remnant of with its original early-12th-century predecessor); the 18th-century Baroque Hermitage of Santa María del Mirón; the cave and early-18th-century Hermitage of San Saturio, handing from a steep hillside over the river; and the 16th-century San Pedro Cocathedral, mostly Gothic mixed with Romanesque (the latter including its lovely Romanesque cloister).

There are also a number of wonderful monasteries and convents, such as the late-12th-century San Polo of the Knights Templar; the early-13th-century Santa Clara; La Merced; and El Carmen, the last two both from the 16th century. Other landmarks include the remnants of the mediaeval castle (dating back to at least the early 12th century) and 13th-century city walls; the 12th-century, eight-arch Puente de Piedra (stone bridge); the Almeda de Cervantes (aka La Dehesa) Soria’s largest garden, filled with hundreds of plant species including a lovely rose garden.

Roam the pedestrianised shopping street Calle del Collado, lined with handsome 19th century arcades; learn about local history and archeology at the Museo Numantino; and explore the literary legacy of Machado and other figures associated with Soria at the Casa de los Poetas. 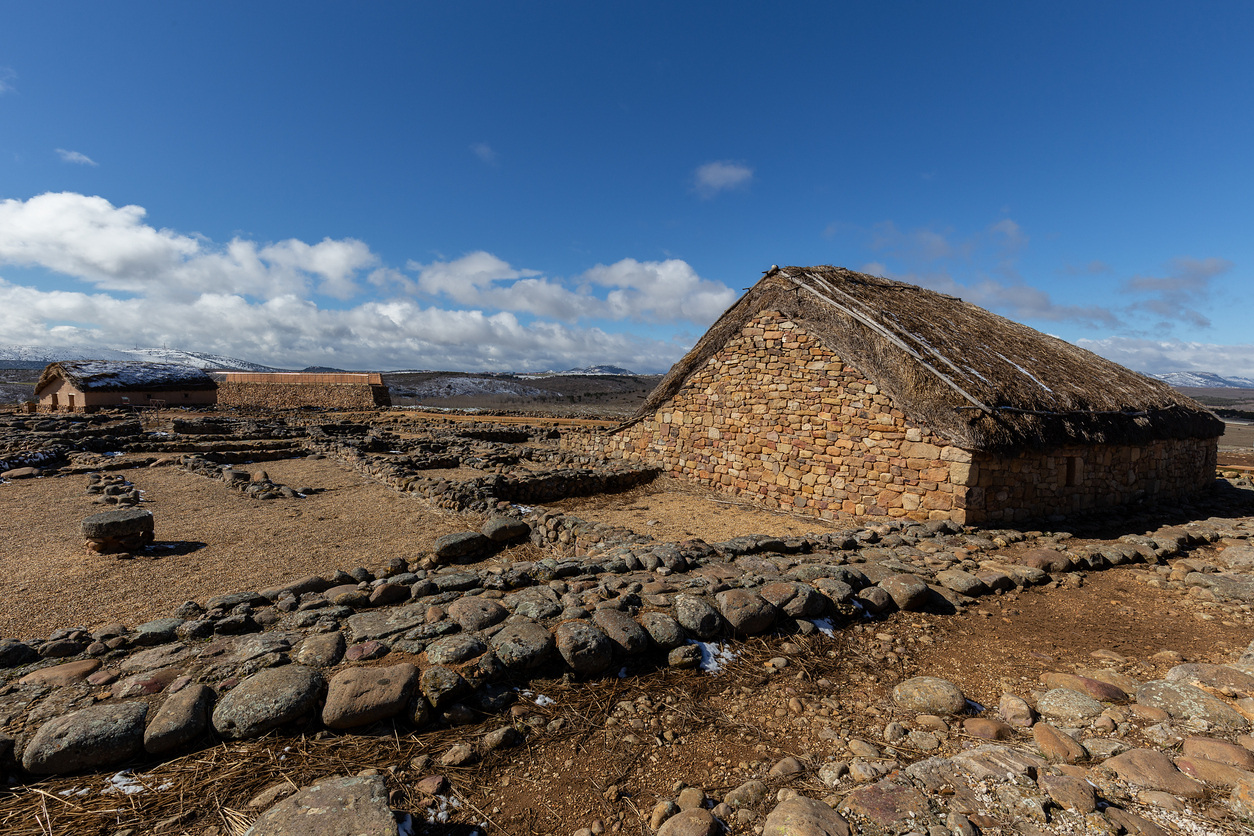 Outside the capital there’s plenty of beautiful countryside to explore, with bucolic trails, lagoons, caves, and the dramatic canyon of the Lobos River. But perhaps the most compelling attraction out here – just outside the city, in fact, is the ruins of ancient Numancia (above), site of an Iron-Age settlement of Celtiberians alongside an ancient Roman town dating back to 133 BCE, when after an eight-month siege the Romans who were colonising the Iberian Peninsula finally conquered the settlement; here you’ll find a mix of ruins and reconstructed Celtiberian structures such as houses and watchtowers. Another worthwhile excursion, a bit over 45 minutes out, is the atmospheric little town of Medinaceli, certified as one of “Spain’s Prettiest Towns”, and another mix of mediaeval and Renaissance, that furthermore boasts Spain’s only three-gated ancient Roman arch.

Sorian cuisine, meanwhile, is known for its simple ingredients and savoury flavours, with standouts including pork and lamb (the lamb stew caldereta is a local favourite) as well as game meats such as partridge, rabbit, and deer. One local speciality to look out for is torreznos (pork cracklings), are made from thick strips of pork belly, sprinkled with salt and fried in olive oil until very crispy and crunchy. This region is also known for its and mushrooms (including black truffles) and exceptionally smooth butter. And wash it all down with zurracapote, the local take on sangría.