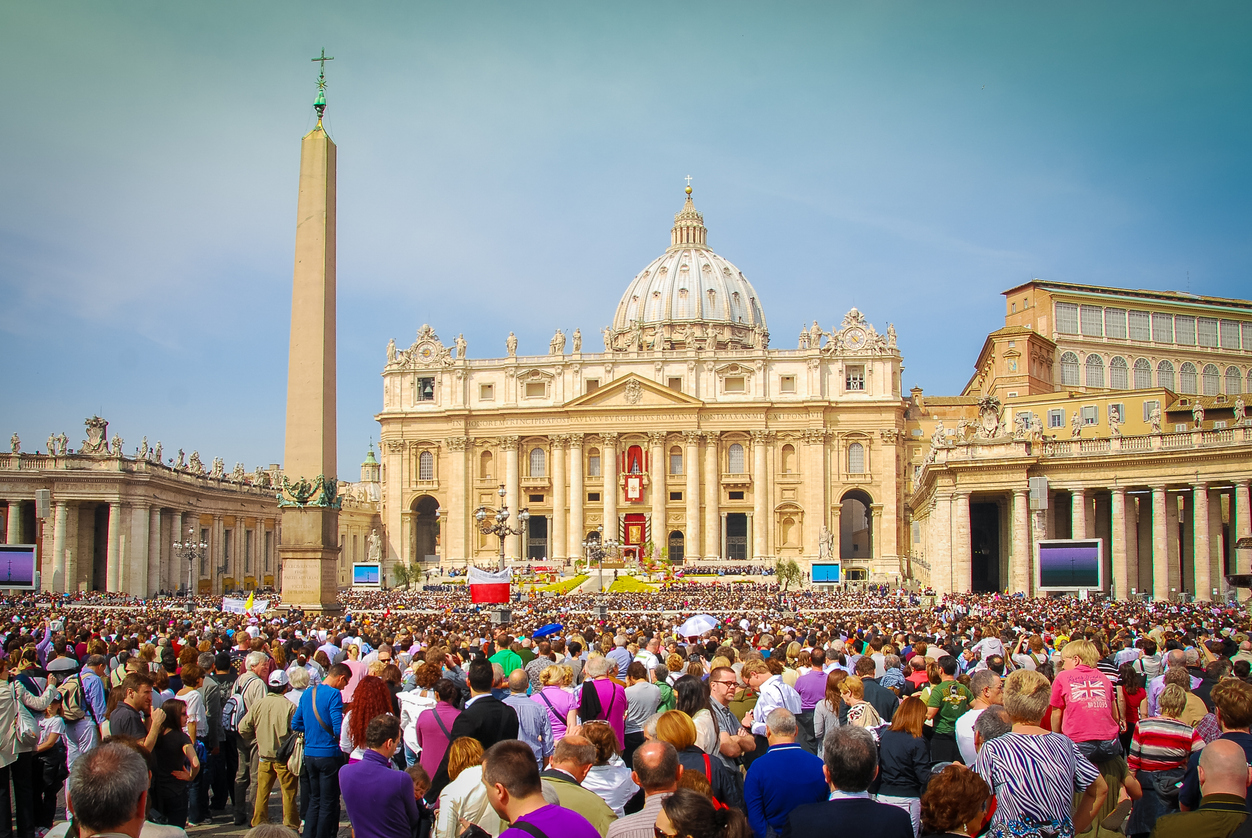 It goes without saying that Easter (aka Holy Week) is a big deal in most countries with majority-Christian traditions (especially in my home country Spain, famous for its Semana Santa extravaganzas in various cities). But as the site of the Vatican and “capital” of Roman Catholicism (and in a sense all of Christendom), the Eternal City is something extra special – and regardless of your own religion (or lack thereof), Settimana Santa here in Rome is quite a cultural if not also spiritual experience!

Palm Sunday at the Vatican

The kickoff to Easter week occurs today (in 2020, it’ll be 5 April) with an enormous open-air mass (top) offered by the Pope in St. Peter’s Square from 9:30 am till around noon, culminating the the Angelus prayer. It’s of course free of charge to the thousands standing in attendance, but you’ll definitely want to get here early to find a place! 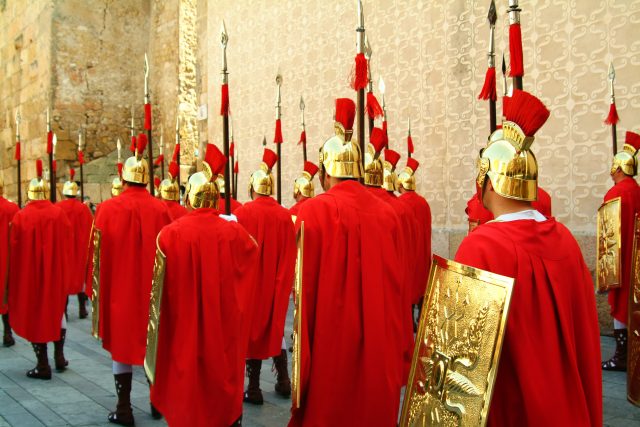 The Stations of the Cross Procession

On Good Friday, beginning at the Colisseum and ending at the nearby Temple of Venus and Roma on Velian Hill, actors re-enact the Via Crucis, aka the Passion of Christ (the final march to the cross), with the Pope presiding or sometimes even carrying the cross), a dramatic event broadcast to 70 countries. A moving experience, indeed, whether you’re a believer or not.

The finale of the week brings us back to the Vatican for the Pope’s Urbi et Orbi (“to the city and the world”, top) address and blessing, delivered at noon from the central loggia of St. Peter’s Basilica – another mass event.

For the faithful, no Easter in Rome would be complete without attending mass, ideally in their native tongue. And churches celebrating them in English include San Giovanni dei Fiorentini (Via Acciaioli 2) in the Ponte district in the northeast of central Rome; Sant’Anna (the Vatican’s official parish church, on Via Sant’Anna), and Santo Spirito in Sassia in Borgo district, bordering Trastevere and the Vatican (Via dei Penitenzieri 12). 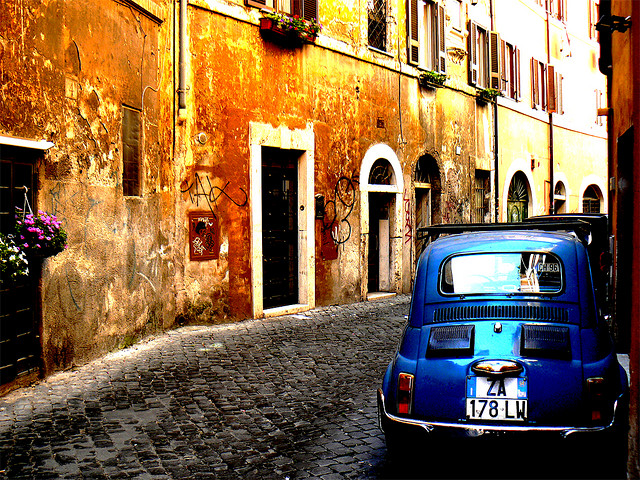 Speaking of Trastevere, Rome’s only remaining mediaeval district, on the west bank of the Tiber River (hence its name, which literally means “across the Tiber”) is a gorgeous step back in time largely without the tourist hordes (especially this week) of the Spanish Steps, the Colosseum, and the Vatican. The cobblestone lanes, the picturesquely spalled façades, the bohemian ambiance – it’s the perfect backdrop for enjoying a cappuccino, glass of wine, or scrumptious Roman cuisine at an outdoor café or trattoria (or browsing local shops for high-quality chocolate Easter eggs!). It comes especially alive in the evenings.

Out west, take a breather from the Easter-week crowds to on Rome’s second highest hill, called il Gianicolo in Italian. In addition to drinking in some of the city’s most panoramic views, you can check out monuments to Italian reunification hero Giuseppe Garibaldi; the 16th-century San Pietro in Montorio Church with a masterful Bramante tomb; 6th-century San Pancrazio Church with its underground catacombs; a monumental, early-17th-century Baroque fountain; and the Sapienza University of Rome‘s botanical garden.

A Couple of Points to Remember

On Holy Saturday, the city’s churches go dormant for the Easter vigil until the evening, when masses resume.

Lines at popular attractions such as the Colisseum and the Vatican Museum are often even longer than usual during this week, in addition to the fact that visiting hours  are usually abridged. You can do yourself a big favour by reserving and printing out tickets. online.