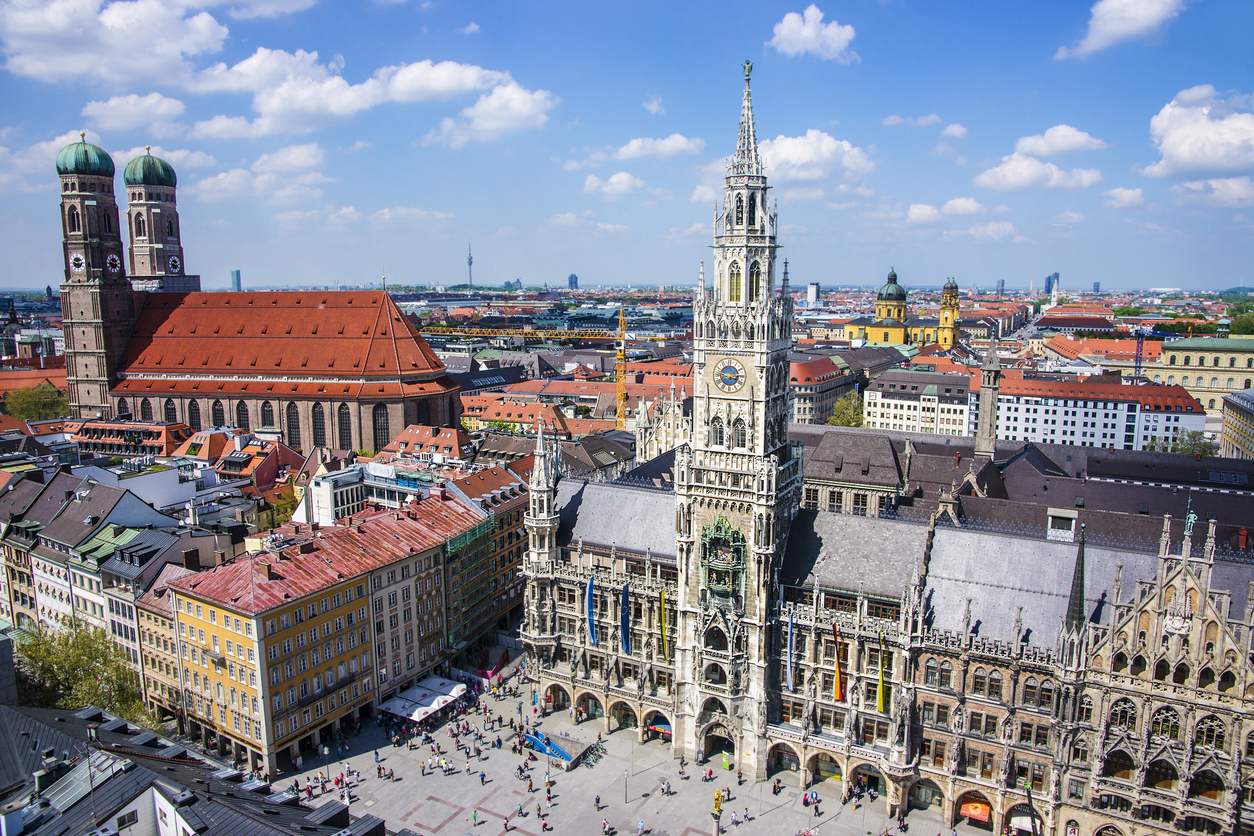 Most of us do love anniversaries, don’t we? And this year Iberia is marking a nice one: its 50th flying to one of Germany‘s most charismatic cities – none other than its third largest, the capital of Bavaria – with three flights daily from/to Madrid. And what better excuse to pay another welcome visit to our favourite Millionendorf – “village of a million people”?

Munich has always sported something of an aristocratic air – not to mention tremendous history and architecture built up over the 861 years since its first recorded mention. That fairytale-like architecture is especially on display in its atmospheric, mostly pedestrian Altstadt (mediaeval quarter), centred on the Marienplatz (top), with its 17th-century Mariensäule column and Fischbrunnen (leaping-fish fountain), and dominated by the imposing, 19th-century, neo-Gothic Neues Rathaus (New Town Hall), dwarfing its nearby predecessor, the early-14th-century Altes Rathaus. 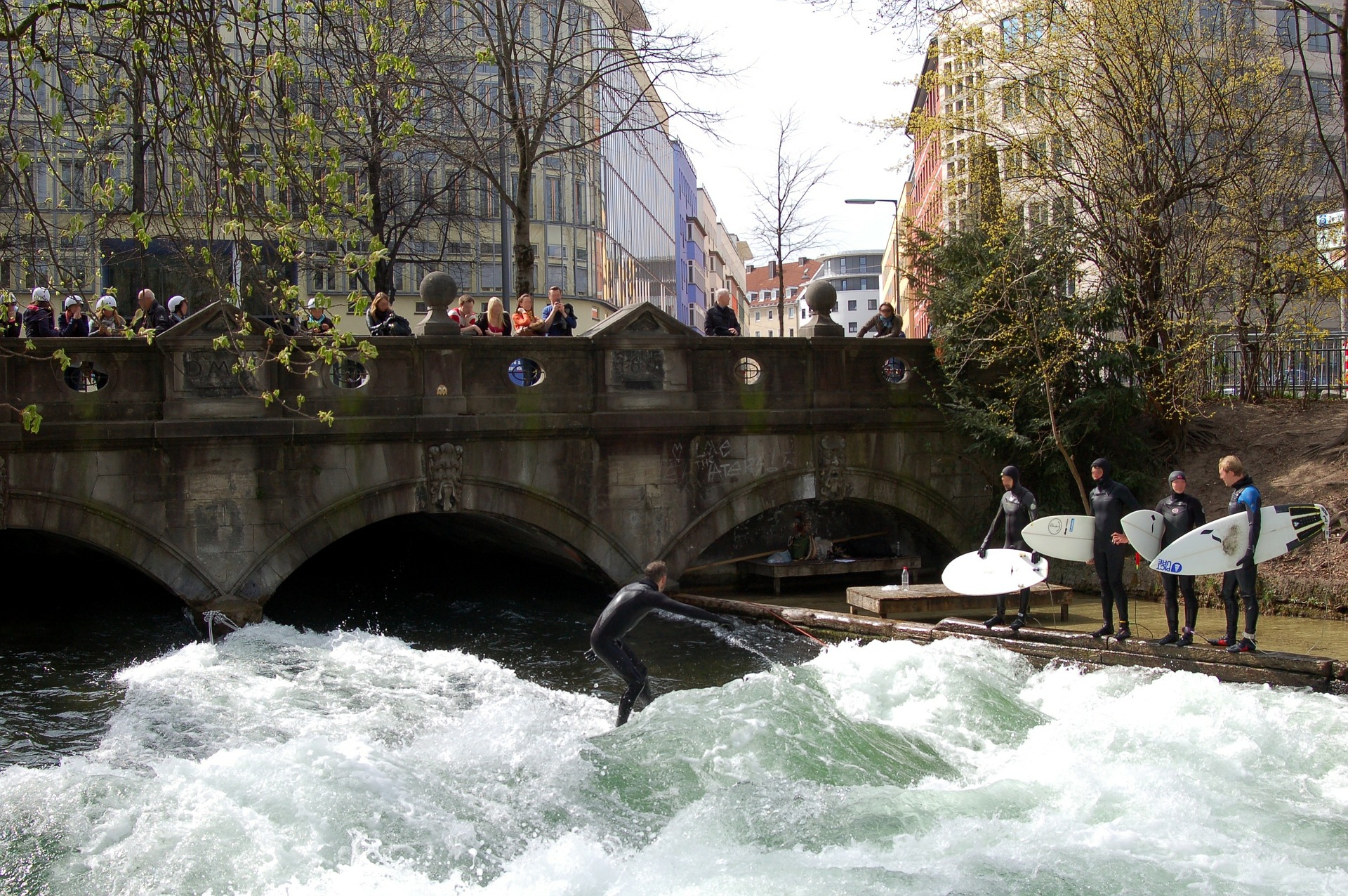 Not far from the Marienplatz you’ll find various other notable landmarks well worth a visit, such as the Residenz, the onetime Bavarian royal palace, now a museum; Bavaria’s Catholic mother church, the 15th-century Frauenkirche (top left) with its 99-metre (TK-foot) towers; the Jesuit Renaissance St. Michael (16th century), with a dome whose 20-m (TK-ft.) span is surpassed in the world only by St. Peter’s in the Vatican. Then of course there’s the Hofbräuhaus, founded in 1589 – the legendary temple to Bavarian beer culture that extends well beyond the city’s famous autumn Oktoberfest.

München‘s remarkable attractions can also be found well beyond its historic city centre. Top of the list is the Englischer Garten (English Garden), a bucolic park which at 400 hectares (TK acres) is even bigger than Hyde Park in London or New York City‘s Central Park. Among other things it’s home to a Japanese tea house, a classical-Greek-style temple, and large beer garden in the shadow of a traditional-Chinese-style pagoda 35 m (TK ft.) high. But the EG’s most unusual feature by far has to be on the Eisbach River that runs down its middle: right next to one of its bridges there’s a pair of artifical waves (above, dating back to the park’s original late-19th-century design, even) that for years have been popular for surfer dudes and dudettes – come have a look for a cool and slightly surreal experience! 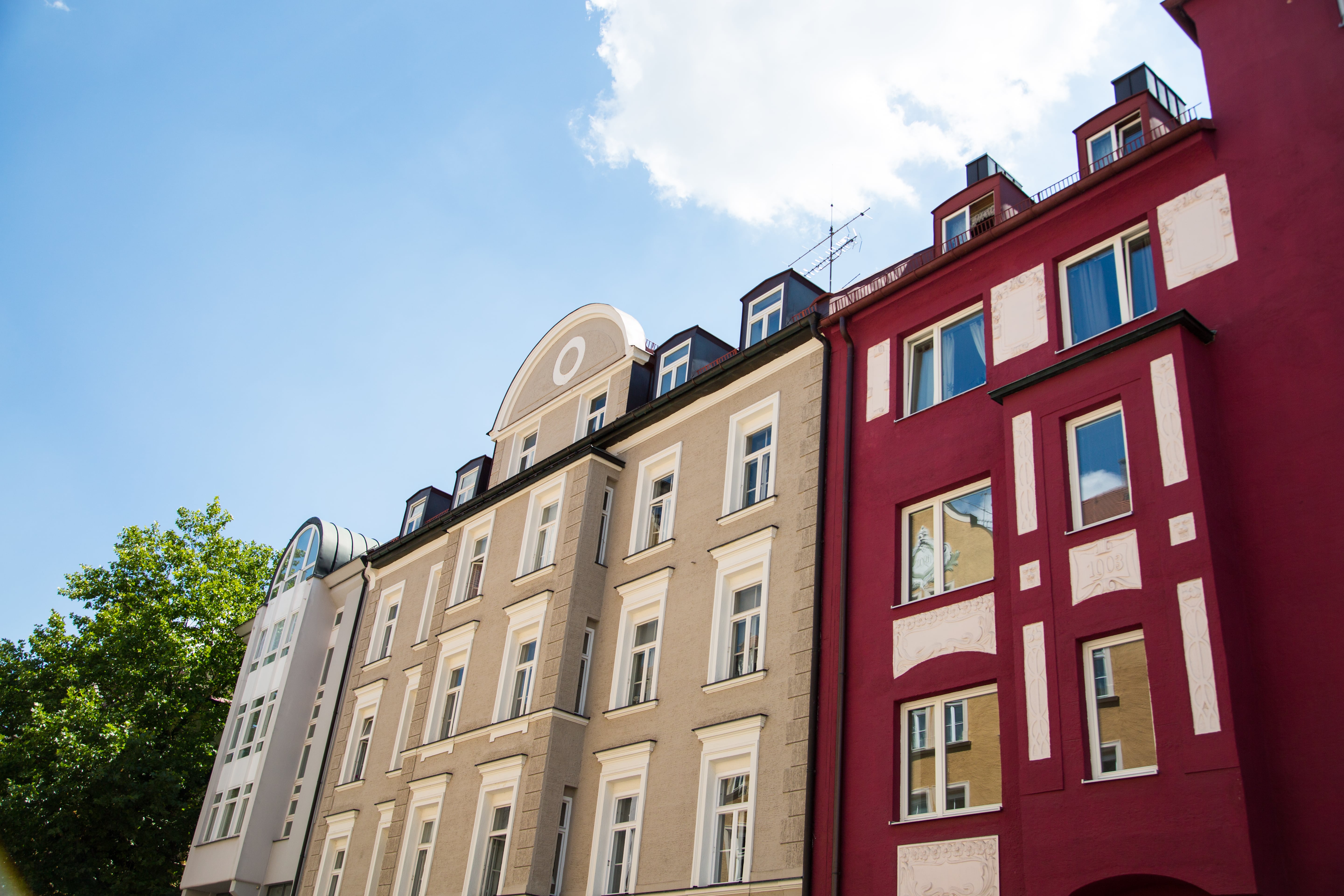 Then of course there’s a very 21st-century side of Munich, as well – not just the modern city and highrises farther out, but cool neighbourhoods such as Schwabing, right near a pair of universities and also just west of the Englischer Garten. Though these days it’s become increasingly gentrified and pricey, the district simultaneously is still one of the city’s most bohemian, with (thanks mostly to the unis) Munich’s highest percentage of young people per square metre. With a mix of classical architecture, colourful buildings, green zones, and lively streets and nightlife along Leopoldstrasse and Hohenzollernstrasse as well as various others, Schwabing’s artsy/alt vibe actually goes back to the very 20th century, when it was a hangout for artists and writers on the order of painter Wassily Kandinsky, novelist Thomas Mann, and poet/novelist Rainer Maria Rilke. And incidentally, in November/December it also hosts a “nontraditional” Christmas market with a decidedly hippy/craftsy vibe. 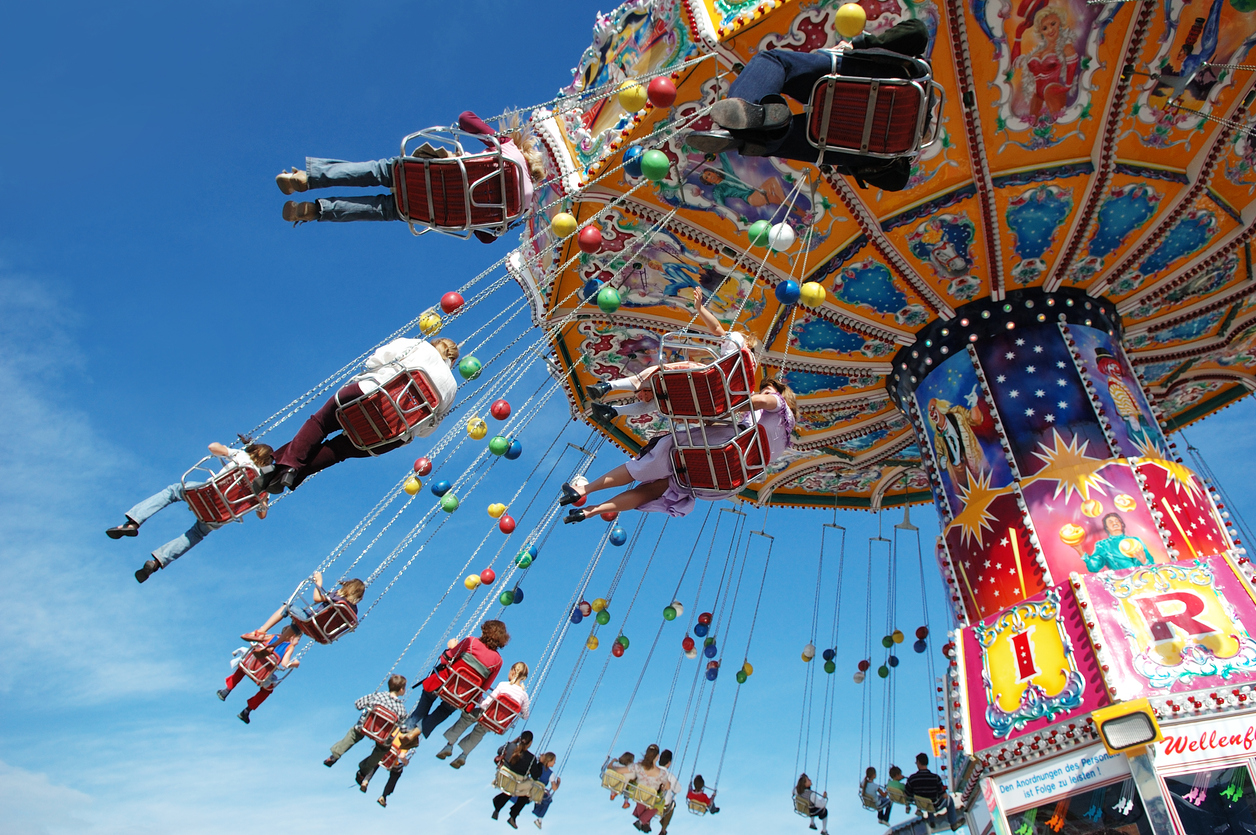 Speaking of special events, beyond Yuletide and Oktoberfest Munich holds more than its share of awesome annual shindigs. Topping the list in my book is the Tollwood Summer Festival, nearly a month’s worth (this year, 26 June to 21 July), of diverse music, theatre, and other live performances, along with a food and crafts fair (there’s also a wintertime version – again, in November/December).

Another of my favourites is the Auer Dult, a traditional market dating back to the early 14th century on Mariahilfplatz in Munich’s Au district. Held thrice yearly (for nine days each in May, June, and October/November), it’s especially notable for its crockery offerings, along with crafts, décor, and vintage/antique/collectible items – while also keeping the little ones entertained with bumper cars, puppet shows, and suchlike rides/activities.

So, you know, the local tourism folks here promote the slogan München mag Dich (Munich likes you). And whether you’ve already been here or not, I can assure you from personal experience that you’ll not only like Munich back, but love it to pieces.