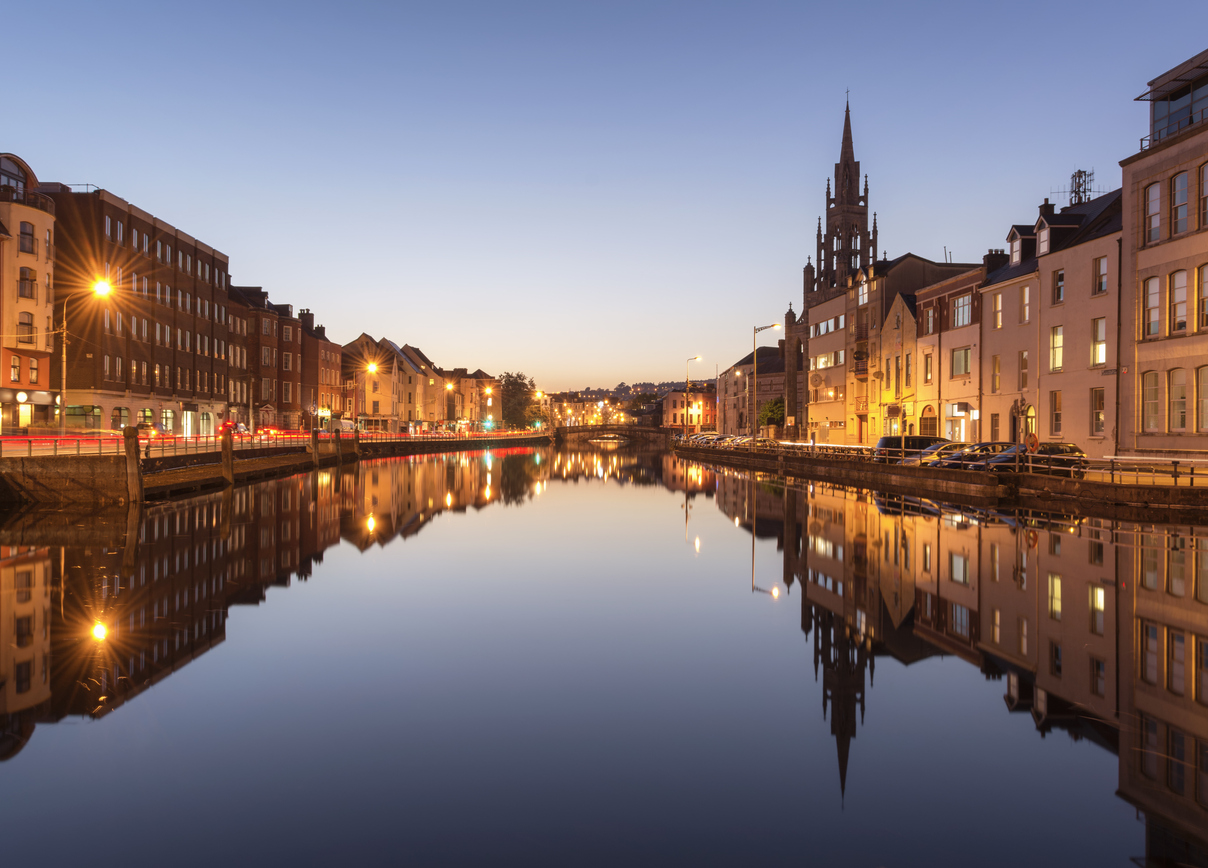 Happy St. Patrick’s Day! And when better to have a look at Ireland‘s second city, a 2½-hour drive (and a little longer by train) southwest of Dublin, its core ensconced on an island in the River Lee and fanning out across waterways spanned by more than 30 bridges. Dynamic, full of friendly Corkonians, and still fairly traditional – with of course the requisite hipsterish tinge of late – the “People’s Republic of Cork” is a truly welcoming window into Irish culture.

With a current population of 209,000 (metro area 399,000) and enjoying mild, even temperatures year round, Corcaigh (meaning marsh) was founded in the 6th century as a monastic settlement and expanded three centuries later by Viking invaders. But relatively little remains of its mediaeval past, beyond some sections and gates from the old walls, along with the early-14th-century Red Abbey, only the bell tower remains. As for the rest, it’s a mix of grand Georgian (mostly 18th-century) avenues and narrow old streets and alleyways packed with shops and eating/drinking establishments, anchored by main thoroughfare St. Patrick’s Street.

Notable churches include the Protestant St. Finn Barre’s Cathedral, a neo-Gothic/mediaeval pile built in 1870; the early-19th-century, red-sandstone Catholic cathedral, St. Mary’s; and the early-18th-century St. Anne Shandon, built in limestone and also red sandstone, and considered one of the symbols of the city (visitors can ring the famous “Bells of Shandon“).

And do check out the star-shape Elizabeth Fort on the river, first constructed in 1601, and check out the premises, exhibits, locals dressed as period soldiers, and great views over the city. And speaking of history, the Cork Public Museum is packed with it, and well worth a visit – as is the more unusual Cork Butter Museum (a particular favourite of mine, as one of my grocery indulgences is superb Irish butter), focussing on the history of Ireland’s top food export. 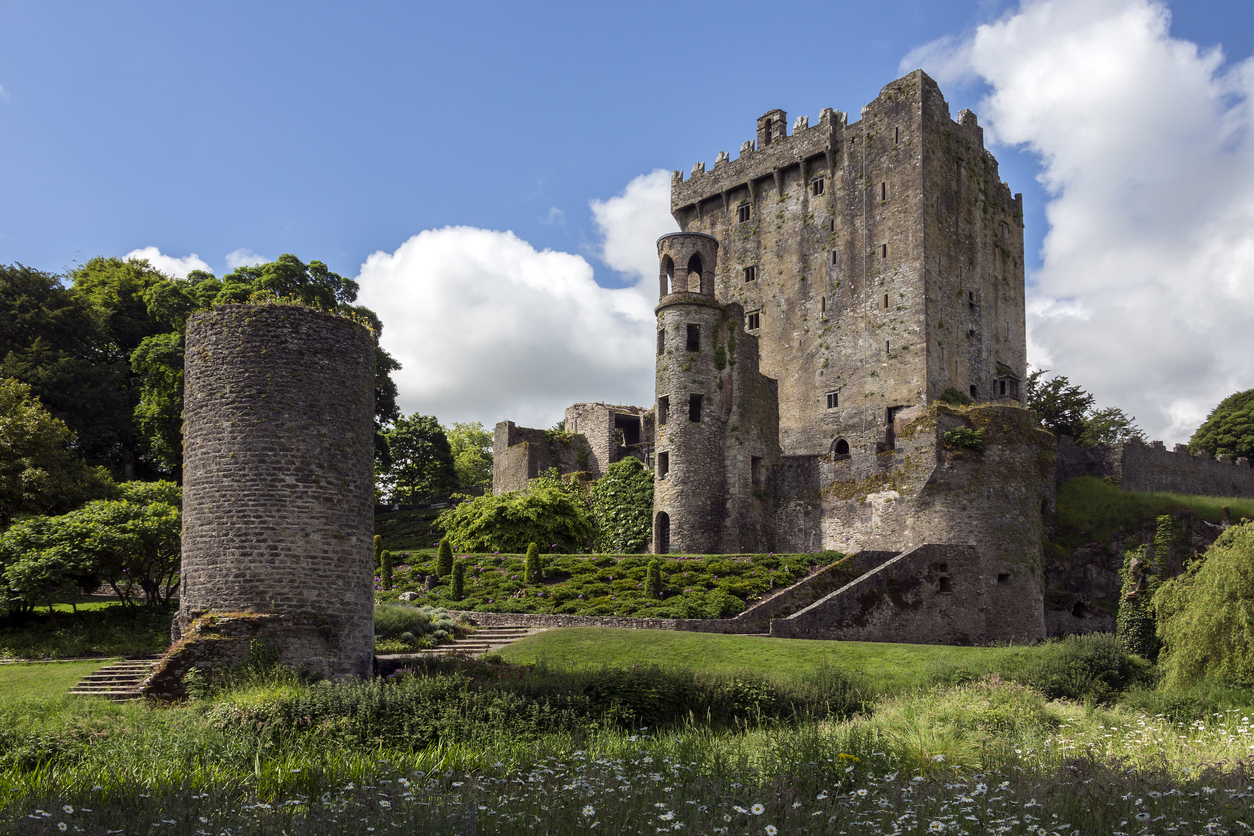 A bit outside the centre, the restored cells and exhibitions of the imposing stone Cork City Gaol is an eye-opening look at the awfulness of prison life in the 19th and early 20th centuries. A bit downriver, 16th-century Blackrock Castle is imposing, atmospheric, and in addition to offering tours of the premises also houses an interesting science museum. If you’re up for a relaxing ramble, Lough Park is centred around a small, spring-fed limestone lake and harbouring all manner of birds and other wildlife. And most famously of all, just a 15-minute hop out of town is Blarney Castle, standing along the River Martin since 1446 and of course most famous for Stone of Eloquence (better known as the Blarney Stone) at its top, which still attracts loads of visitors who hang upside-down over a sheer drop to give it a smooch and supposedly receive the gift of eloquence. 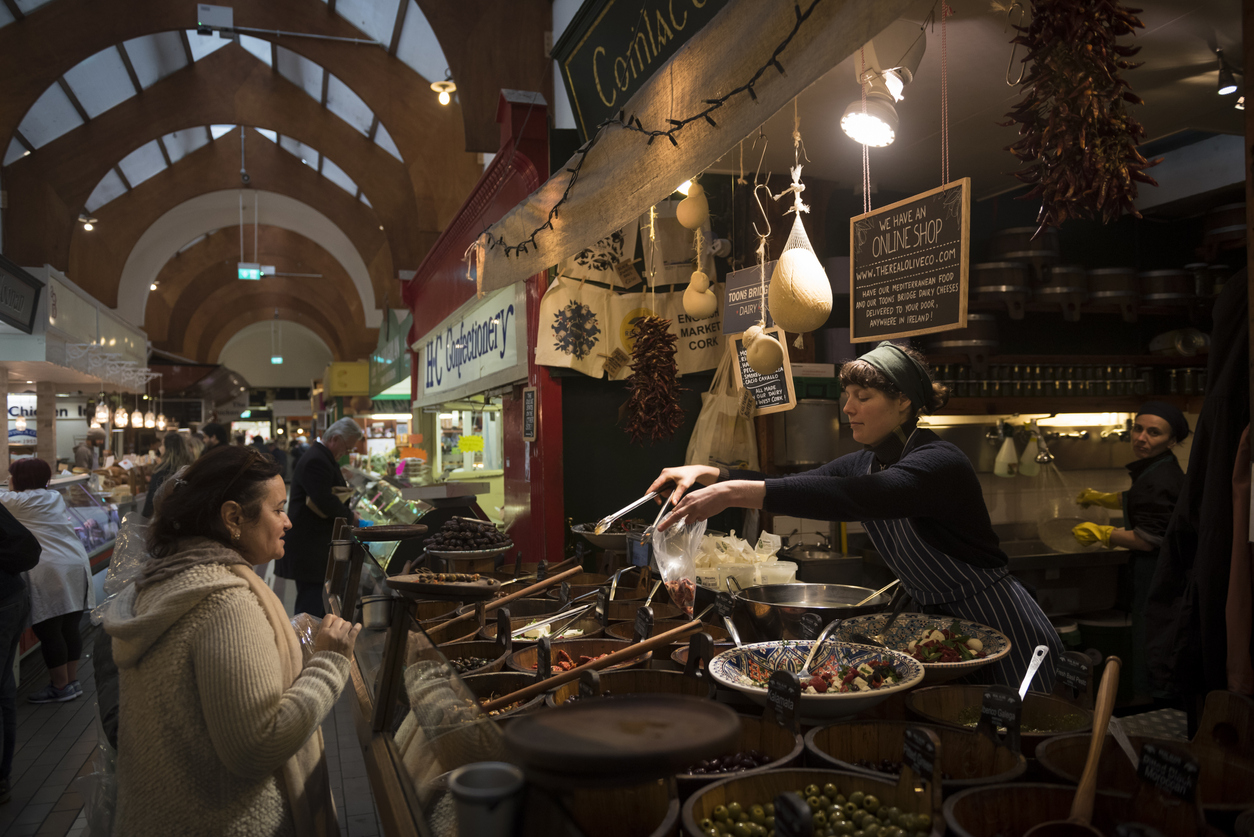 Then of course let’s not forget the local victuals! In addition to a number of particularly local dishes such as crubeens (battered/fried pigs’ trotters) and drisheen (blood sausage), Cork has been building something of a reputation for itself as Ireland’s top foodie scene. You can see it especially on display at another major landmark, the English Market, built in 1862 and today a cheerful, busy warren that attracts both locals and visitors to its two floors of stalls selling locally produced produce, meats, fish, cheeses, and breads, along with various sit-down eateries.  And beyond the edible, of course don’t forget the potable – especially Cork’s many pubs, bars, and craft-brew scene; Barrack Street in particular is famous for its number and variety of watering holes (below) – many of which also feature live music – traditional Irish and otherwise. 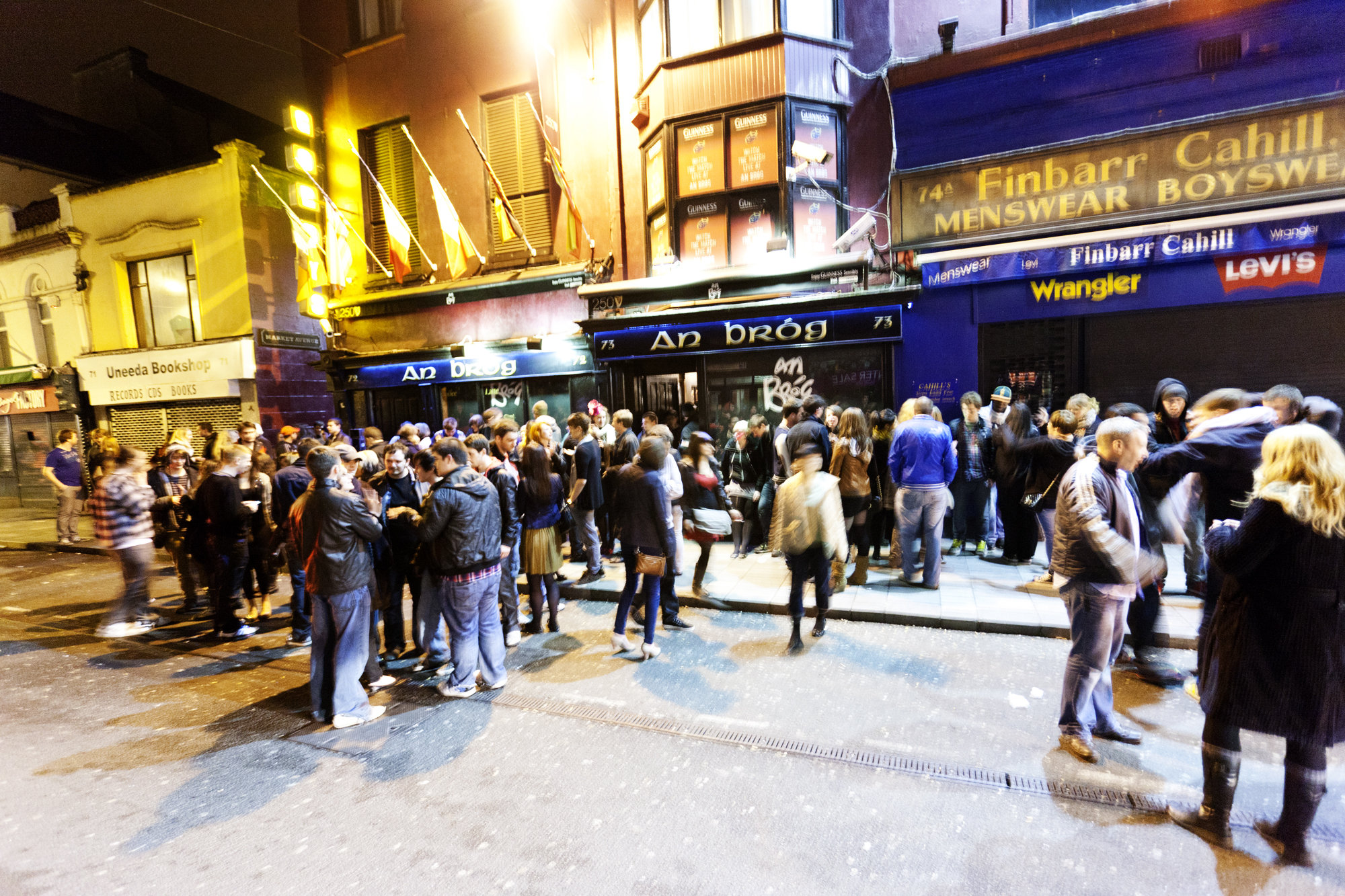 Finally, while visiting Cork is a pleasure all year round, you’ll get an extra dose of excitement by coming during one of the city’s many festivals – some 20 per year, the most notable including the 11-day Midsummer Festival of myriad forms of culture (this year 13-23 June); the the Guinness Cork Jazz Festival, one of Europe’s largest (24-28 October); and Cork Film Festival (7-17 November).