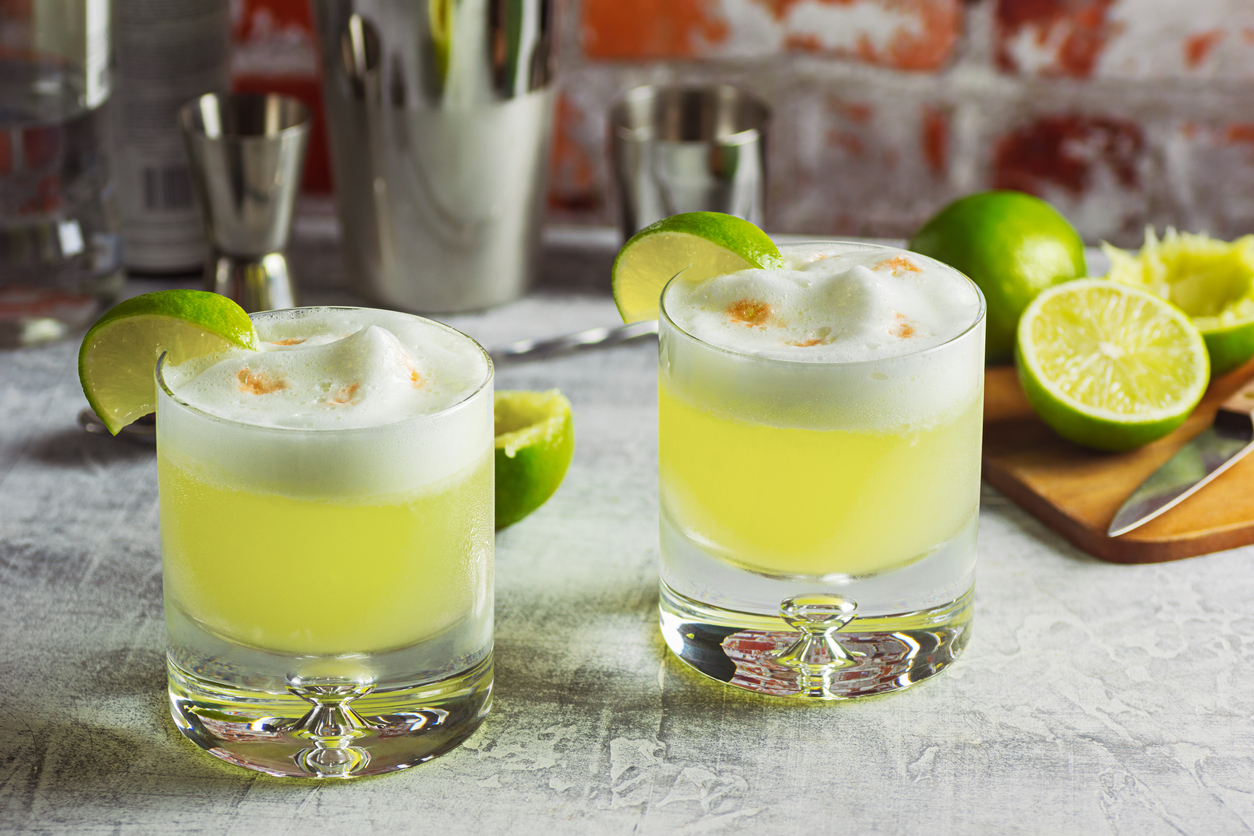 Virtually every country distills its own brand (or various brands) of high-proof aguardiente (firewater, often a type of brandy) from various crops. But in South America, few have established a mystique as potent as pisco, the artisinal grape brandy of Peru. And though it’s widely exported these days, there’s nothing like experiencing this smooth spirit on its home turf – distilled here since the 17th century – including a swing through the areas where it’s produced, several hours south of capital Lima.

Coming in a range of viscosities and colours – from clear to amber – pisco is distilled in copper pot stills from various varieties of grapes (typically eight kilos/about 17½ pounds per bottle, and must be one single variety with no blending and no additives to be called “pure”). It’s then aged (the term is actually “rested”, like tequila) at least three months, usually in glass or stainless steel, and bottled directly with an alcohol content of 38 to 48 percent (76-96 proof). 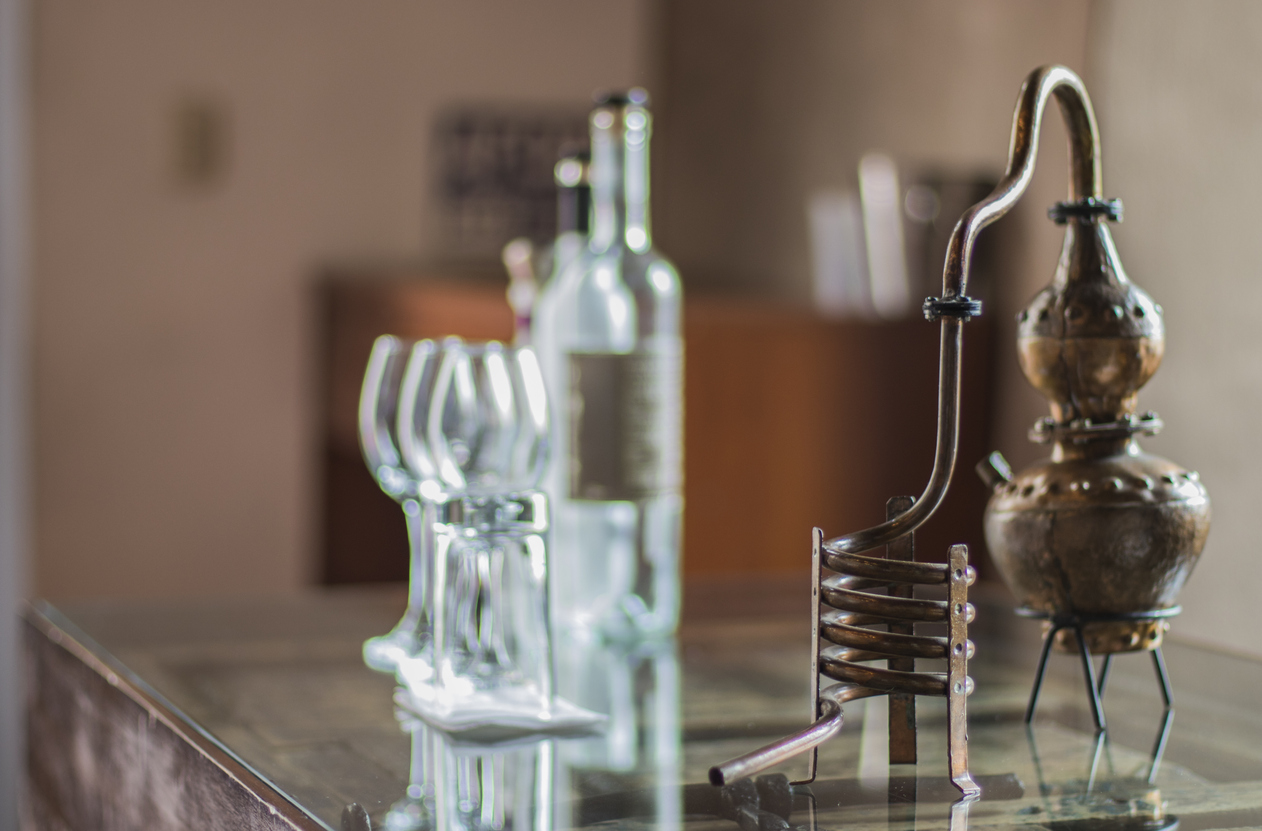 Then when it finally reaches your glass, apart from being sipped neat or on the rocks, quite a few cocktails have been invented around this tipple. The most famous, of course, is the pisco sour (the most historic version of which is poured in Lima’s Hotel Maury in near the colonial core, and another dubbed “the best in the world” at a bar in the Miraflores district called Capitán Meléndez),  but others include pisco punch (the oldest, invented in San Francisco, California in the 19th century and including pineapple), pisco sour (the best known, with egg white, lime juice, simple syrup, and bitters), pisco flip (like a sour, but made instead with egg yolk), Cupid’s cup (with egg whites, aperol, lemon juice, and simple syrup), chilcano (with ginger beer), and even mixed with hot and iced coffee.

So where does it all go down?  The country has five official pisco D.O. (Denomination of Origin) departments: Lima, Ica, Arequipa, Moquegua, and Tacna. (There’s a good deal of it, by the way, also produced in large quantities in Chile.)  Its main heartland, however, lies in southern Peru’s eponymous Valley of Pisco, in the Ica region, with a capital city (pop. 245,000) of the same name, a four-hour drive from Lima. 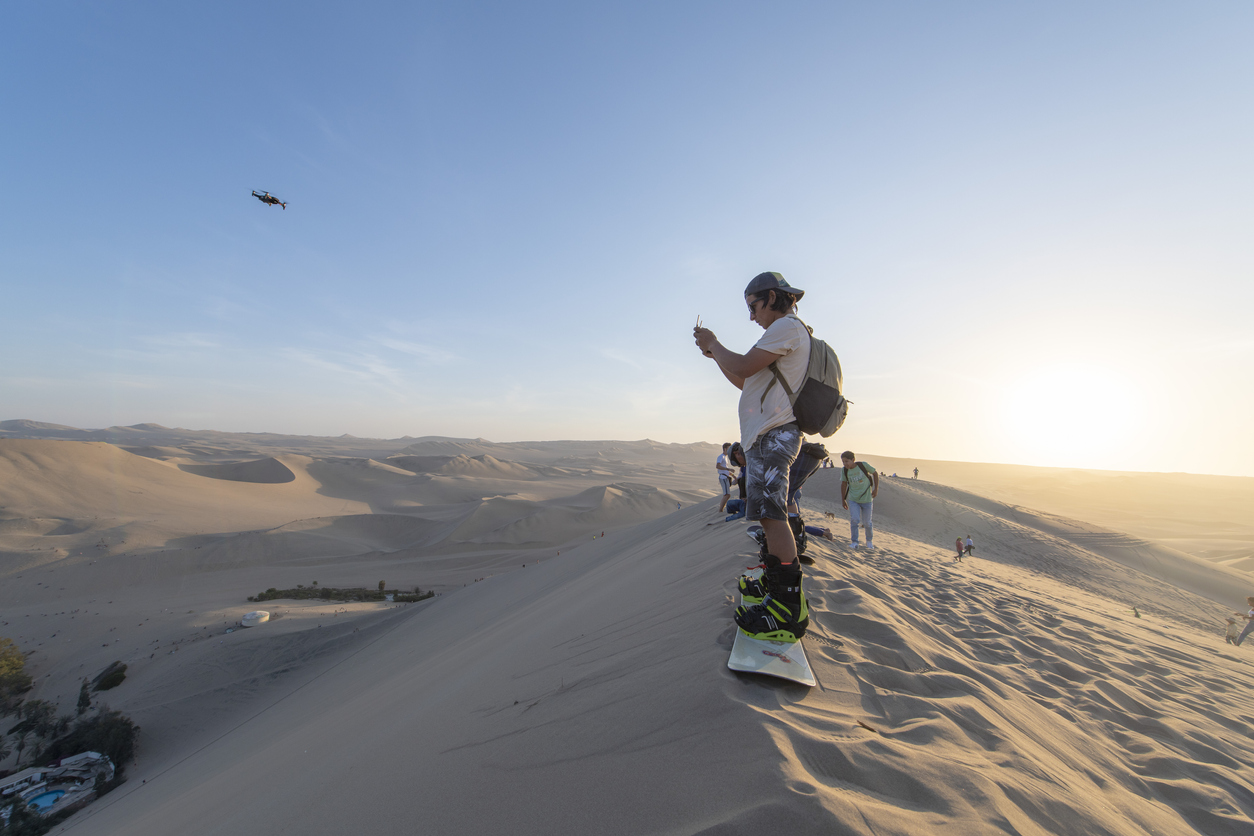 The pleasant city of Ica (pop. 220,000), on the Ica River, founded in 1563, makes a great base, with sights including the cathedral and several churches, as well as a regional museum with exhibits ranging from pre-Columbian artifacts and mummies to a variety of furnishings, artwork, and artifacts from the Spanish colonial period. Just under an hour away, out on the coast, the city of Pisco itself (pop. 134,000) also makes for a pleasant visit, as does the surrounding desert, which offers cool ecotourism opportunities such as the oasis of Huacachina, where visitors can ride dune buggies and go sandboarding amid the dunes (above). And just over two hours farther south along the Pan-American Highway lies the city of Nazca, gateway to the famous, mysterious Nazca Lines, and the National Reserve of Paracas is one of the most productive biosystems on earth, both underwater and on land (where birders are in heaven spotting the wide variety of migratory species which alight here, including Andean flamingos, Peruvian thick-knees, Inca terns and condors; in fact, the place name Pisco comes from the Quechua pisscu, meaning bird). 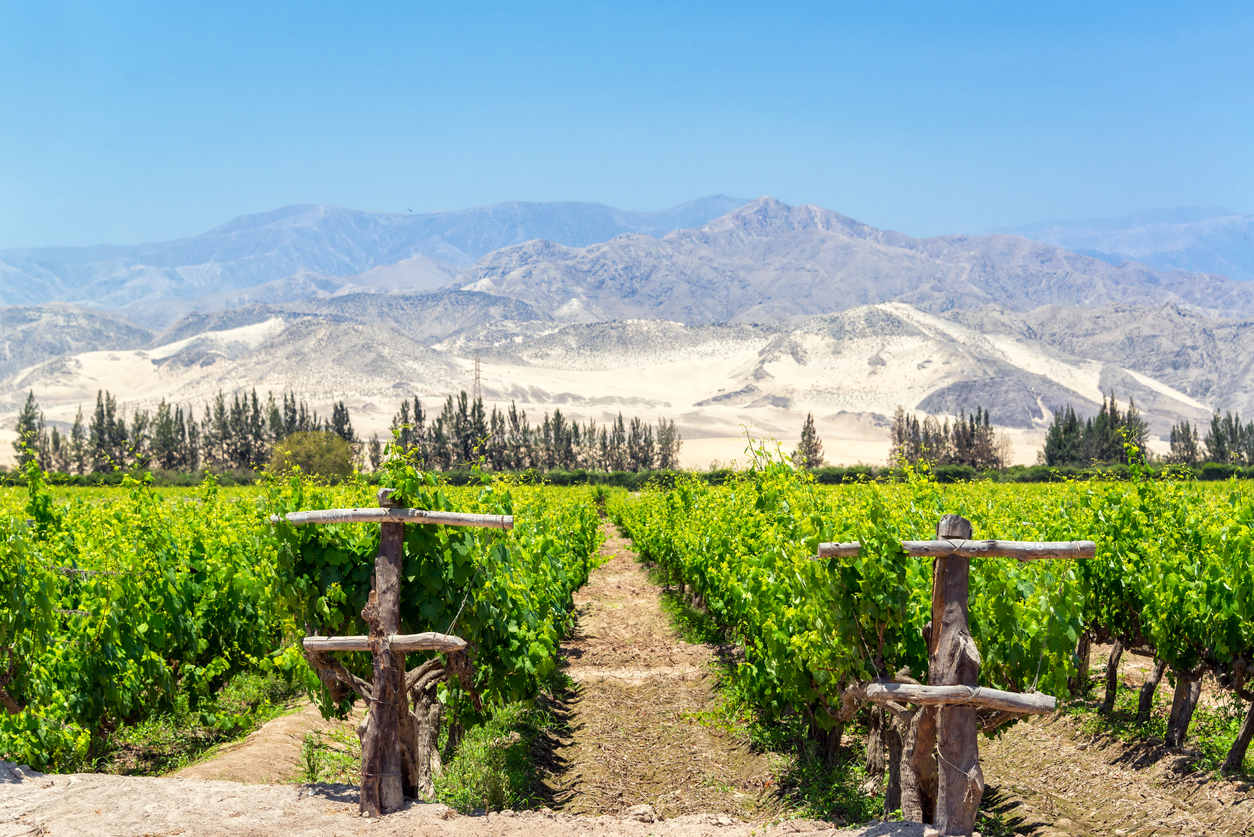 But for lovers of the grape, the local focus of interest is the many bodegas (wineries) dotting the landscape, many more than a century old, including Bodegas Vista Alegre (Peru’s largest), El Catador, and (the oldest, dating back to 1809), and Tacama, some  historic and many of which open their doors for tours and of course tastings.