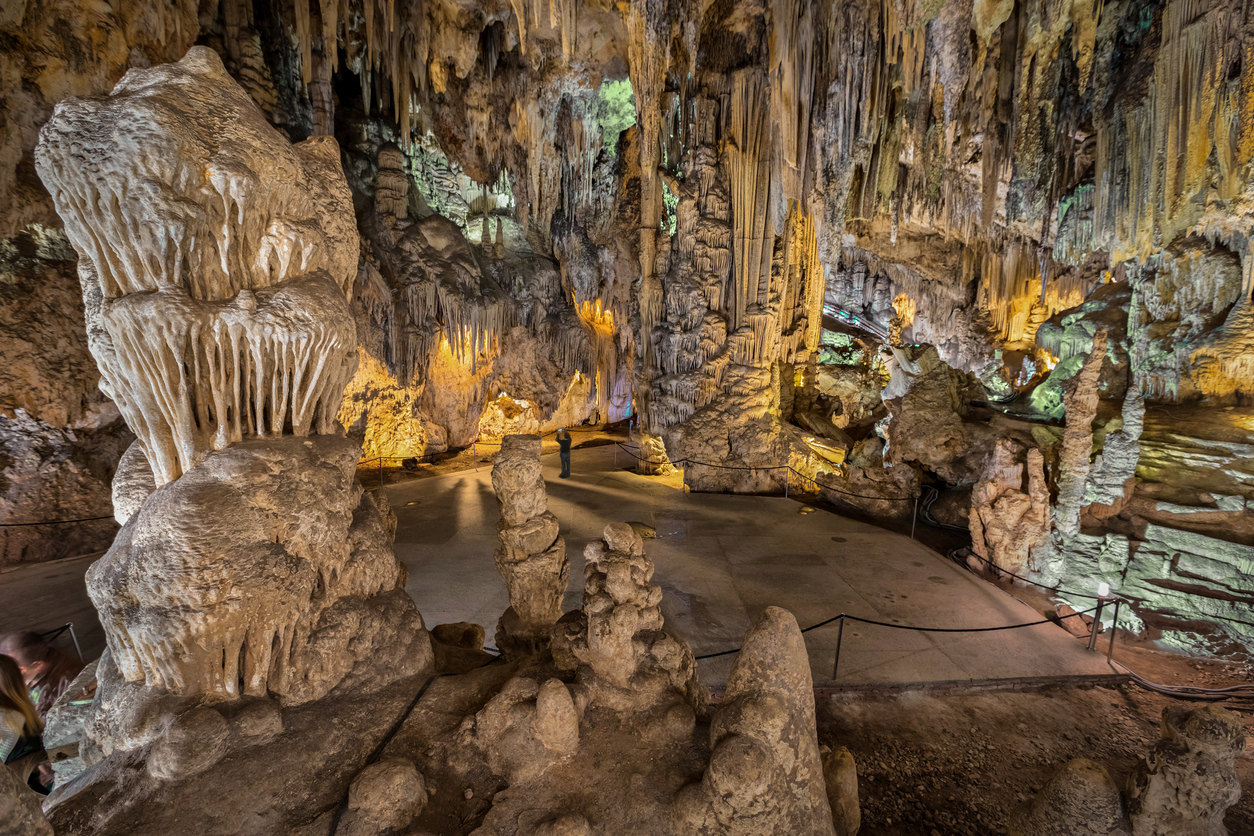 Sixty years ago this month, five boys from the town of Maro near Nerja (on Andalusia‘s Costa del Sol just under an hour’s drive east from Málaga city) went into the nearby mountains to chase bats. When the creatures disappeared through a gap, the boys returned the next day with tools, chipped away at the rock, and discovered  a wonder world of caves, with the world’s largest stalagmite – 32 metres (105 feet) high and measuring 13m (43 ft.) at its base. Ever since then, extensive exploration has been carried out, with new discoveries being made regularly, including prehistoric wall paintings.

The quarter of the Nerja Caves open to the public has delighted visitors for decades, but this April only they’ll will have the chance to hear the story of the discovery from four of the five original surviving explorers, as they will conduct special tours – discovering this extraordinary phenomenon with an unparalleled personal touch. 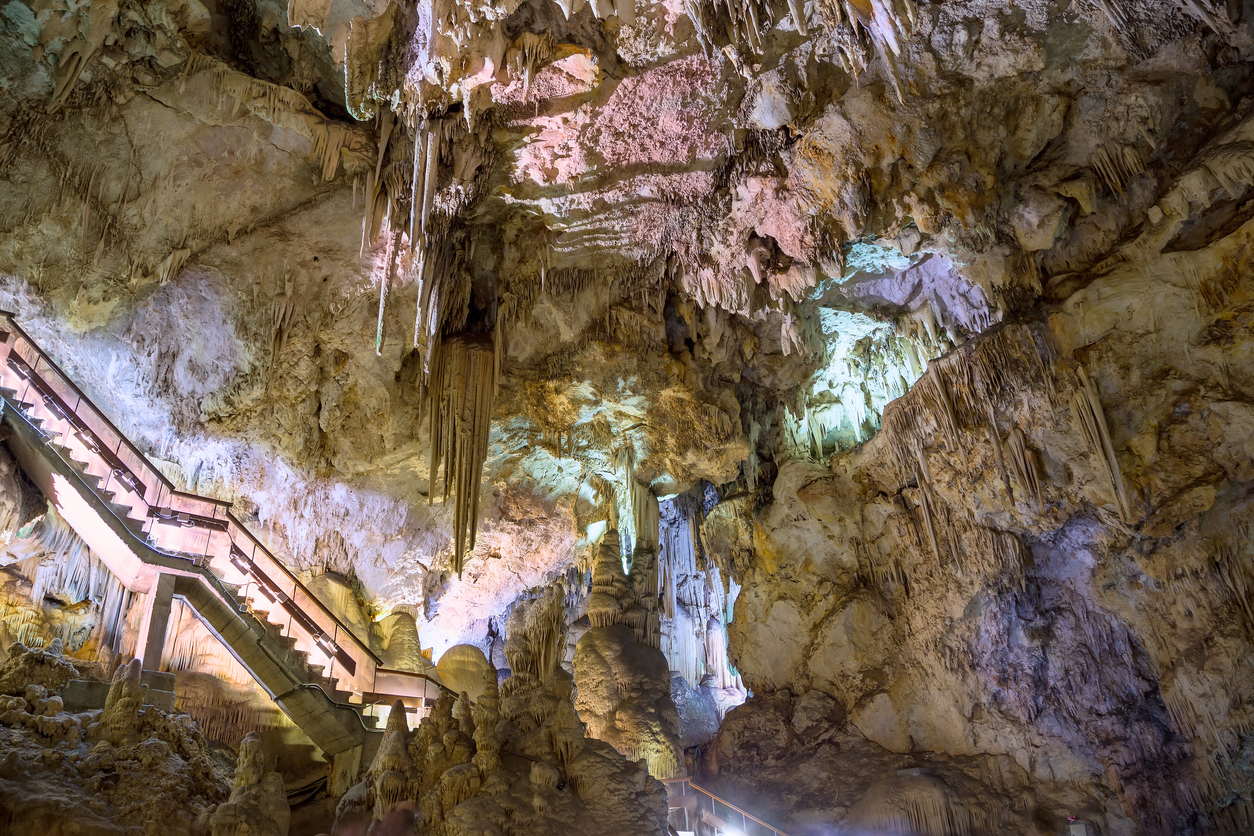 The entire length of the cave system is about five kilometres (three miles), divided into galleries and halls, each with a special feel imparted by its particular stalactites, stalagmites, and other formations. They’re divided primarily into a Show Gallery, Upper Gallery, and New Gallery, each of which in turn form halls.

You climb about 80 steps up to the Entrance Hall, where archaeological finds are displayed in show cases. From there well lighted and easy-to-negotiate paths and steps guide you to the halls with such enticing names as the Hall of Chaos, the Hall of Waterfalls, and the Hall of Phantoms (aka the Hall of Immensity). 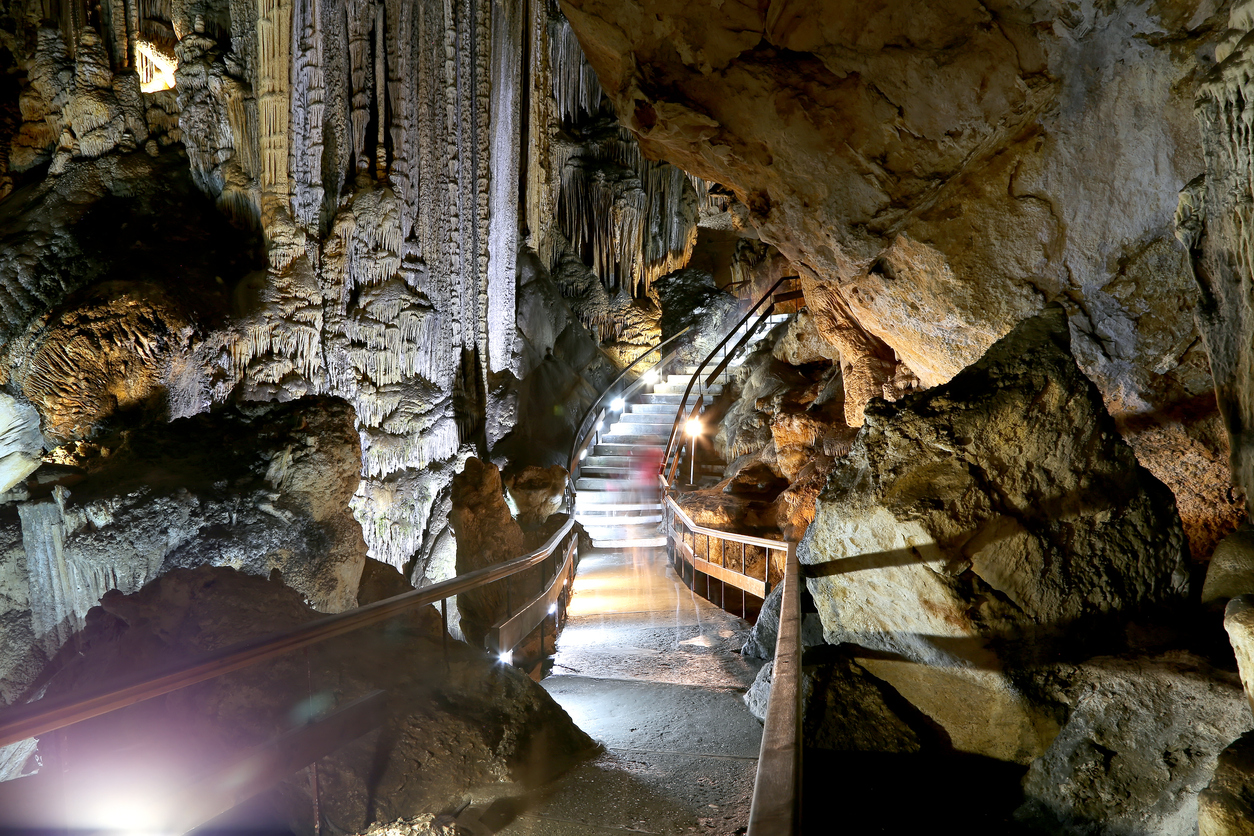 The Hall of Waterfalls also forms a natural amphitheatre, where frequently performances of ballet or classical music are held and 100 seats are permanently installed. In the Hall of Phantoms, the stalagmites form indeed bizarre natural sculptures and it’s up to your own imagination what figures you see in them.

Nerja is so proud of its caves and the explorers that they are honored by a plaque at the entrance as well as two rather big sculptures, one placed near the entrance and the other at the Balcón de Europa, the overlook point that today is the focus of the town’s tourism.

Before or after surfacing from this subterranean wonderland,  don’t forget Nerja’s other allures, starting with the aforementioned Balcón de Europa, a promontory on which once stood a Moorish castle, strategically placed because the location afforded an unobstructed view over the Mediterranean and therefore allowed the spotting of approaching enemies as early as possible. Nothing of the castle remains with the exception of two rusty cannons, but the promontory is now a wide promenade with a glass-encased restaurant literally clinging to the rock and an observation platform on top. When early-20th-century Spanish king Alfonso XIII came for a visit, he was so impressed by the view that he dubbed it “Europe’s Balcony”; his statue stands against the railing.

Walking from the Balcon of Europe towards the historical centre of Nerja, you’ll find narrow streets with whitewashed houses and balconies and patios overflowing with flowers, churches and, a few minutes from the eastern side of town, the impressive Aqueducto del Águila, a four-tier, 19th-century aqueduct. If you can come on a Tuesday, the weekly street market on Calle Mirto is a memorable experience, with some 180 stalls hawking foodstuffs, household articles, and handicrafts, and of course Nerja has a number of colourful festivities throughout the year, from Carnaval, Semana Santa (Easter) and New Year’s Eve to The Crosses on 3 May, the festivals and floats of San Isidro on 15 May, and the Day of the Tourist in September. The nearby walk along the Nerja River takes you through some remarkable gorges, pools, and waterfalls, and the neighbouring town of Frijilania is also well worth a visit as another whitewashed time capsule.

Finally, when visiting the caves in April don’t forget to get your tickets autographed by the original explorers to mark 60 years of the discovery and to create a very special souvenir!