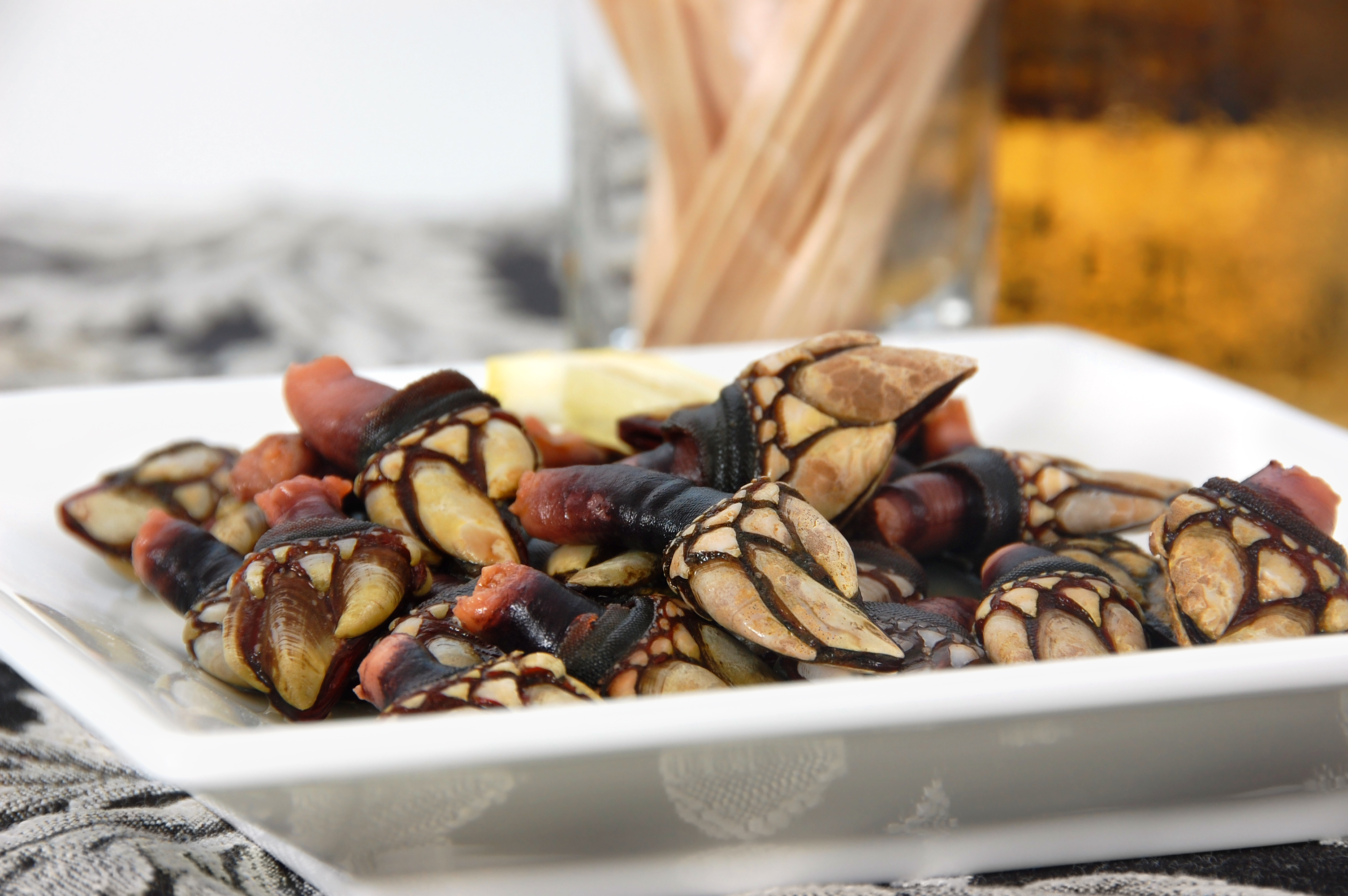 The Cantabrian coast of northern Spain, along which lies Cantabria itself, the Basque Country, Asturias, and Galicia (which also has an Atlantic Ocean coast) provides this country’s largest bounty of seafood. And that’s true not just in terms of quantity but in variety, especially when it comes to mariscos (shellfish) such as gambas (shrimp), cigalas (lobster), vieiras and zamburiñas (scallops), mejillones (mussels), nécoras (velvet crabs), centollos (spider crabs), berebechos (cockles), and navajas (razor clams). But the most unusual and prized of all is something most of us would associate with scraping off of a boat. Allow me, fellow foodies, to introduce you to percebes (goose or gooseneck barnacles).

Much of the Galician coast is craggy and wave-whipped, and many of those constantly surf-smashed rocks are covered with this little buggers, hanging on for dear life. Each percebe consists of a carapace which attaches to the rock by means of a stalk equipped with glands that exude a cementing compound, and feeds through feathery limbs called cirri, which move more than a hundred times a minute to direct waveborne plankton into the barnacle’s mouth.

This delicacy is actually quite pricey – sold live, and often a hundred to even 300 euros a kilo – both because of their unique culinary appeal (a flavour strongly evoking the sea) and their difficulty to harvest – strongly cemented onto rocks that are both remote and dangerously lashed by vicious surf. The doughty fishermen who collect them (called percebeiros in Galicia and lanpernariak in the nearby Basque Country must constantly brave frigid waters and winds – and over the years, lives have been lost (for example, the cliffs of Rocundo Cape near A Coruña now features two large white crosses (below) commemorating lost percebeiros. 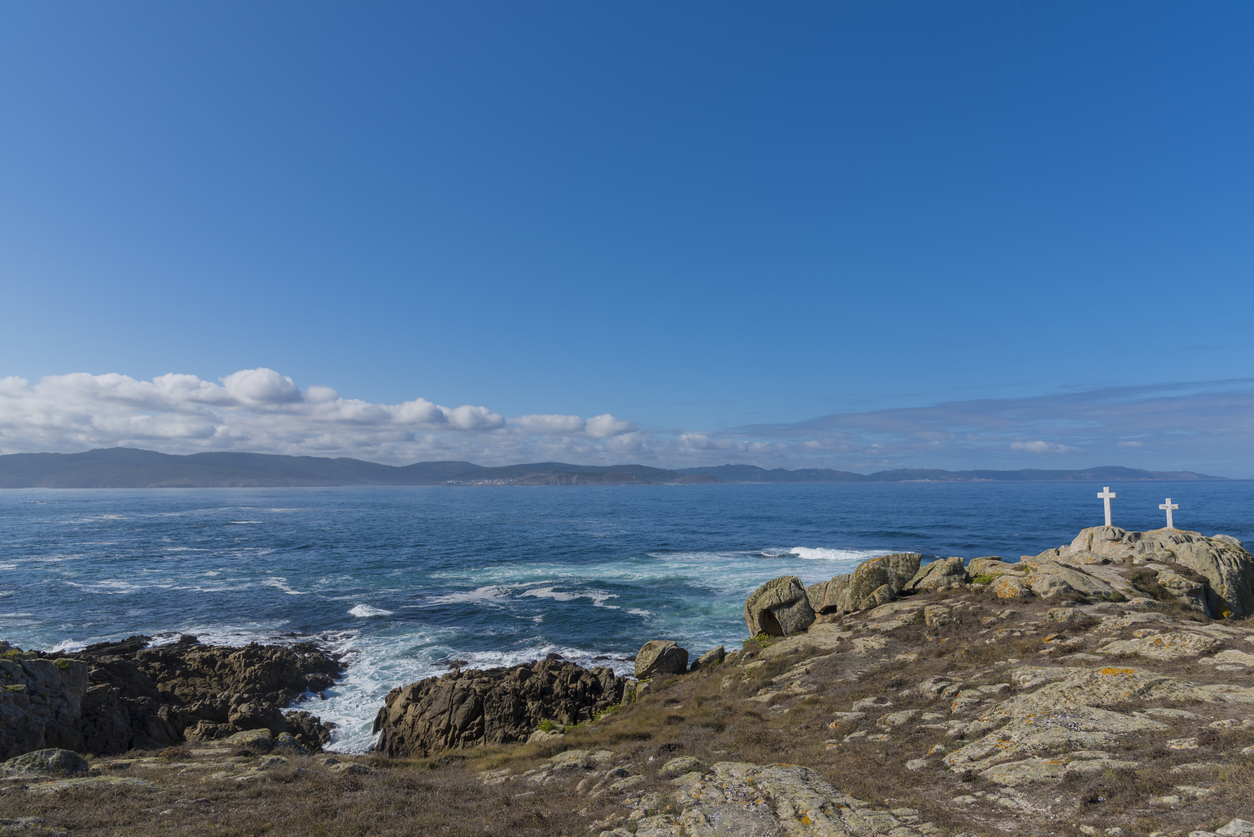 So how do you actually eat goose barnacles? The most classic way – and that interferes the least with their natural flavour – is to boil them in sea water (or at least salted water); some also add a laurel or bay leaf and/or a dash of white wine. You eat the stalk with its orange tip, and the taste of this sweet flesh has been described as a cross between lobster and clam.

One of Galicia’s main centres for the percebeiro industry is the tiny Coruña-province town of Corme, reckoned home to Spain’s best goose barnacles by size and quality. In fact, it’s the site of a Festa do Percebe held every July since 1992 (this year on the 6th), attracting hundreds to a festive atmosphere of street parties, bagpipers and other musicians, and of course myriad venues to enjoy the region’s celebrated delicacy.