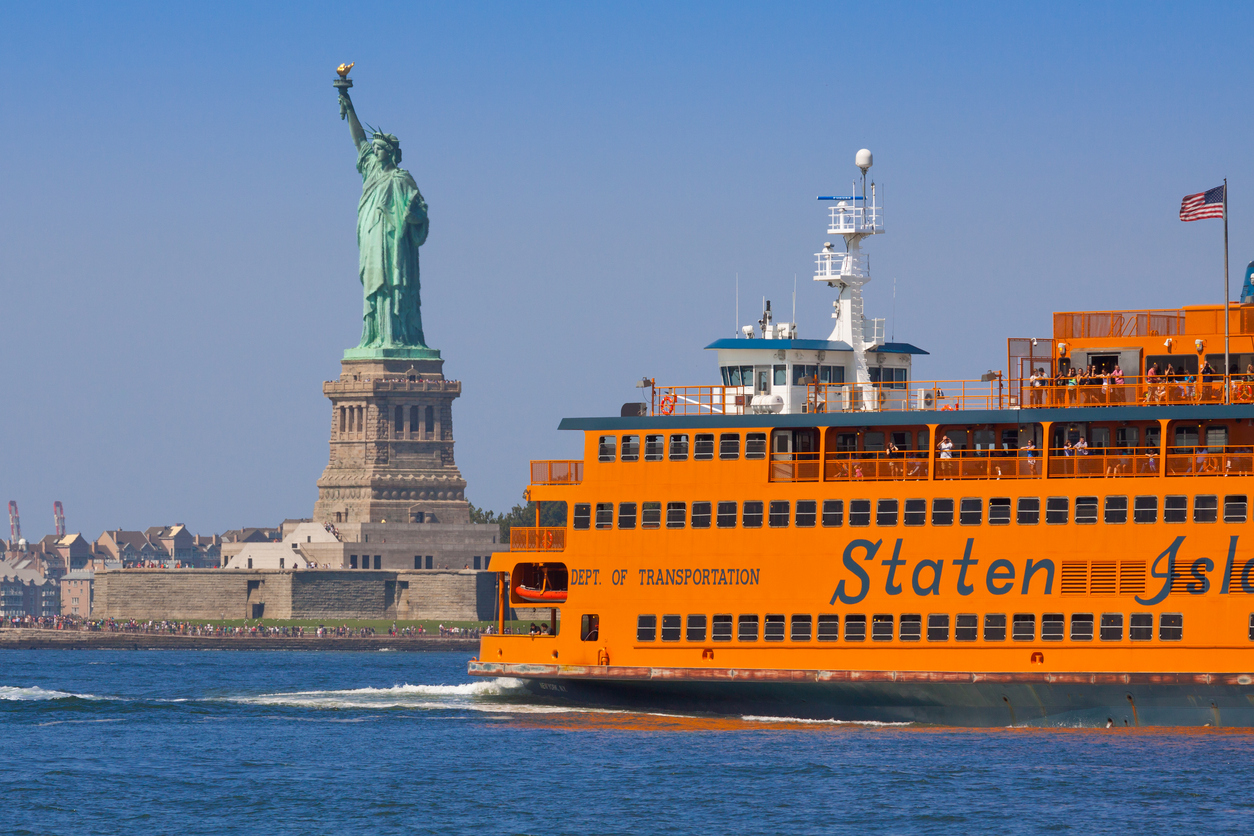 “That Staten Island Ferry is our front door,” a disappointed Staten Islander told me. “But too many people take it right back to Manhattan. We want them to stay here and see what we’ve got.” And though “what we’ve got” is far more than most visitors suspect, New York City‘s fifth borough across the harbour does find itself almost always far from the minds of those who come to the Big Apple – partly because it’s a bit isolated (the ferry is the main way over here; there’s no connecting subway; and the Verranzano Narrows Bridge connects not from Manhattan but far more indirectly, from Brooklyn) and getting around the borough is a bit of a patchwork. Furthermore, local authorities up till recently have done little to promote Staten Island; in fact, a tourism kiosk at the St. George Ferry Terminal wasn’t even opened till early 2018, and until fairly recently, Visit Staten Island didn’t have all that much of a social media presence.

But these days, things finally are changing and more visitors learning about the 20-some cool things there are to see and do (several quite unexpected!) in NYC‘s “forgotten borough” – its smallest at 265 square kilometres (103 sq. miles); home to some 500,000 New Yorkers; and with all its open space, very much against the clichéd view of the Big Apple. Here are seven of the most prominent: 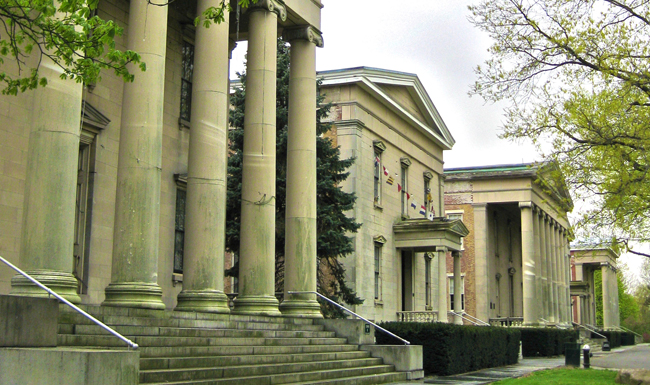 A Smithsonian-Institution affiliate on the North Shore, Snug Harbor is widely considered the island’s gem, an extensively landscaped, 33.6-hectare (83-acre) campus centred around of 26 Beaux-Arts, Italianate, Greek-Revival, and Victorian-style buildings and attendant gardens, all of which started in 1833 as a retirement village for merchant seamen.

A number of these handsome buildings have been repurposed as museums. One one very special one is the three-storey Noble Maritime Collection, telling the stories of some of these seamen. Highlights include a collection of their hand-carved model ships and the Noble Houseboat Studio, the studio of 20th-century maritime artist John A. Noble, once moored in the harbour and rebuilt here in its entirety. Others include the Staten Island Museum, the Staten Island Botanical Garden, the Newhouse Center for Contemporary Art, a concert venue, and a children’s museum.

A three-minute walk from the ferry terminal, housed in a building that once manufactured everything to do with lighthouses, today’s museum provides visitors with a brief docent overview before taking a self-guided tour. At one time, there were 800 lighthouses along America’s coastlines. Today about half remain, their beacons now automated (the last civilian keeper, in Coney Island, Queens, retired in 1988). Curiously, the Statue of Liberty was once also a lighthouse, and the first to be electrified, in 1886, with its beam seen 24 miles out to sea; it was decommissioned in 1902.

One especially quirky museum attraction is volunteer Bob “Patches” Eisele’s collection of 400 fire and police department patches he’s collected over the years, each with a lighthouse on it; there’s even a computer for referencing their provenance.

Didn’t see this one coming, I’ll bet! Interestingly, it was built not recently but way back in 1945, by actress, society lady, and Manhattan gallery owner Jacques Marchais, the wife of a chemical factory owner whose phenomenal collection of Tibetan and Himalayan art forms the museum’s core, with the oldest piece from the 12th century. On occasion, Tibetan monks are present for teachings. There’s a small meditation garden, picnic tables, and fluttering prayer flags to complement a peaceful day.

During the 20th century, a number of the city’s outer boroughs developed a strong Italian-American flavour (not to mention something of a Mafia influence), and much of that is still felt here – though the Italian presence is down to about 36 percent these days, with the highest proportion found on the South Shore. The mob is still a presence – for example, Big Ange (infamous from from the TV reality show Mob Wives) lived in a outrageously ornate mansion with white portico columns and lead-glass windows in the exclusive Todt Hill section, a 17-minute drive south of the ferry terminal. Gambino Mafia family boss Paul Castellano used to live here, as does current boss Francesco “Little Franky” Cali [Editor’s note: Cali was gunned down in front of his two-story red-brick house on Hilltop Terrace on March 13, 2019] and it also loomed large in the filming of The Godfather as the site of the Corleone compound.

Other more illustrious Italian-heritage landmarks include the Garibaldi-Meucci Museum, an unassuming clapboard house tucked away in the northeastern Rosebank neighborhood, full of grand mansions from its heyday in the mid-19th century as a bastion of the wealthy and powerful. Owned by Antonio Meucci, who emigrated here in 1859 and who Italians still claim was the true inventor of the telephone, Giuseppe Garibaldi also lived here for several years before he returned to Italy to become the father of Italian unification.

Visitors can also sample some real Italian-American flavour at more than two dozen restaurants scattered throughout the borough, from simple pizza joints to top-notch fine dining. And speaking of pizza, don’t miss the Island’s signature – and very cheesy – “vodka pie.”

Settled in the mid-19th century by freed black slaves in the geographical centre of the island, New York City’s only historic village features more than 30 buildings dating from the late 17th through early 20th centuries (including unrelated historic buildings transplanted from elsewhere in SI), along with a still working farm. Visitors stroll the streets and interact with docents and craftsmen dressed in period costumes and plying their trades. Scenes for the 1920s-era HBO series Boardwalk Empire were shot here in 2012. 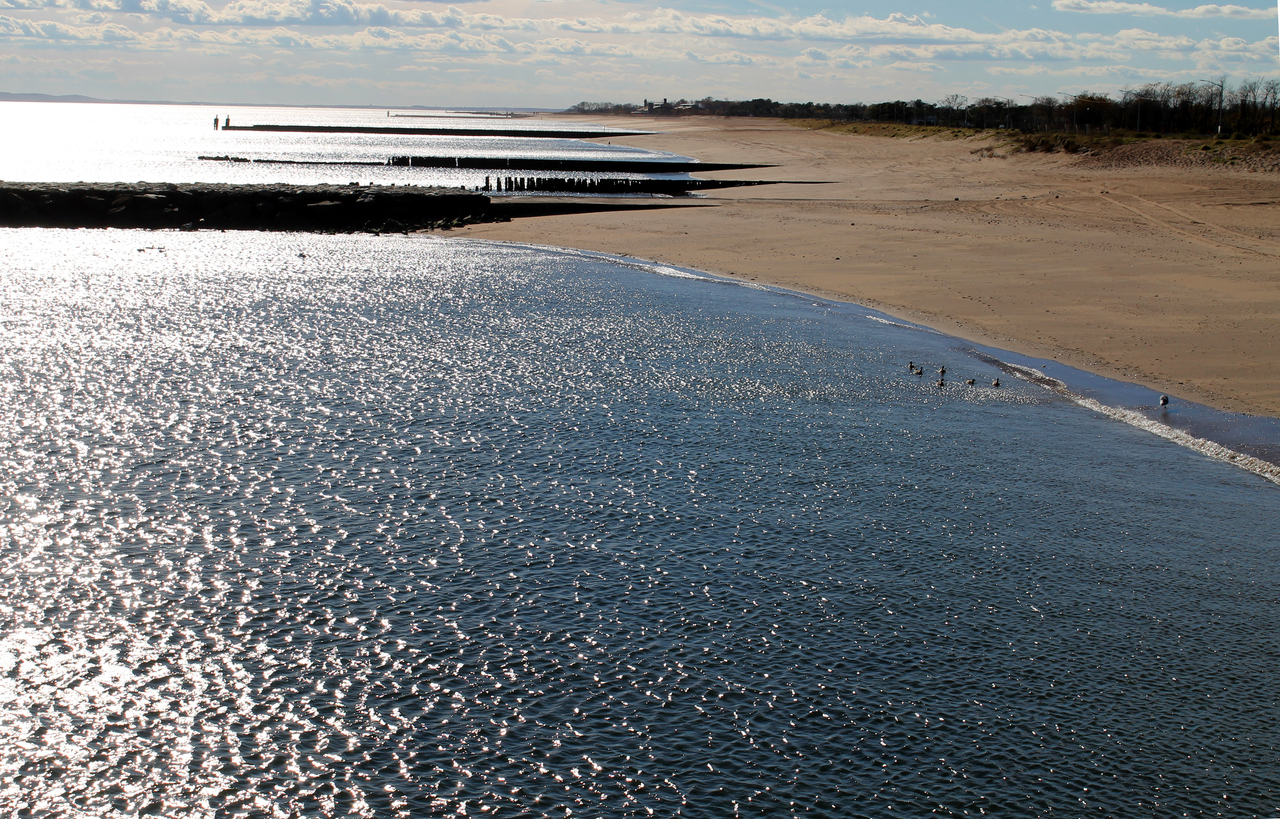 One third of the borough’s land mass is devoted to more than a dozen parks and gardens, including NYC’s largest forest preserve and one – Freshkills, that’s nearly three times the size of Central Park – making this perhaps the city’s greenest borough of all. Plus, obviously surrounded on all sides by water, Staten Island beaches are an appealing and very family-friendly option, with four main choices: Cedar Grove, Franklin D. Roosevelt Boardwalk and Beach, Great Kills Park, and Wolf’s Pond.


Slated to open this April, New York City’s only outlets mall is just steps from St. George’s Ferry Terminal. The slick $352 million project include a hundred top international brands, a slew of restaurants, and a 190-room boutique hotel with rooftop lounge (and speaking of chic hotels, a Westin is in the works for nearby, as well). Paul Castellano and Vito Corleone would be bemused (and their molls thrilled)…

Finally, keep in mind that getting around Staten Island is a mixed bag and in some cases will require a bit of planning/coordination. The Staten Island Railway (SIR) has a single line that runs 24/7 from the ferry terminal down the east side of the borough to the South Shore, and there are 22 public bus lines offering extensive coverage of much of the rest of the island. Otherwise, there is a good pool of taxis and ride-sharing-app cars, and if you’re not venturing too far from the ferry, LimeBikes and electric JUMP Bikes are available for rental. Plus a number of walking and shuttle tours are available.

Judith Glynn is a freelance travel writer and author of two books.