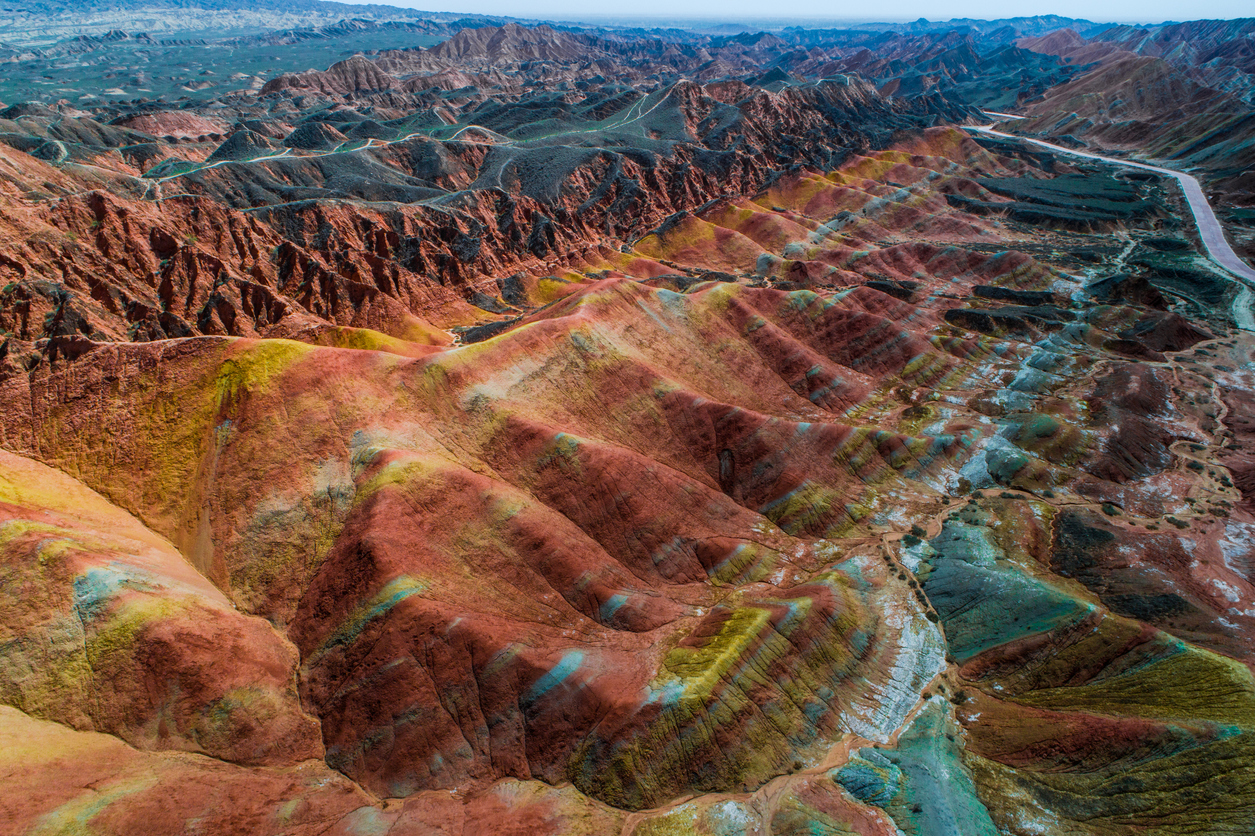 In honour of Chinese New Year (happy Year of the Pig, everyone!), we’re returning to this vast country packed with beautiful places and scenery. But which is the place and scenery touted as the most beautiful by various Chinese media outlets? It’s a 322-square-kilometre (124-sq.-mile) swath in the northwest of central China: Zhangye Danxie National Geopark. Though rugged like the vertiginous, misty, mountainous landscapes of classical Chinese paintings, but these “rainbow mountains” are otherwise as different as can be. Let’s explore a bit, shall we? 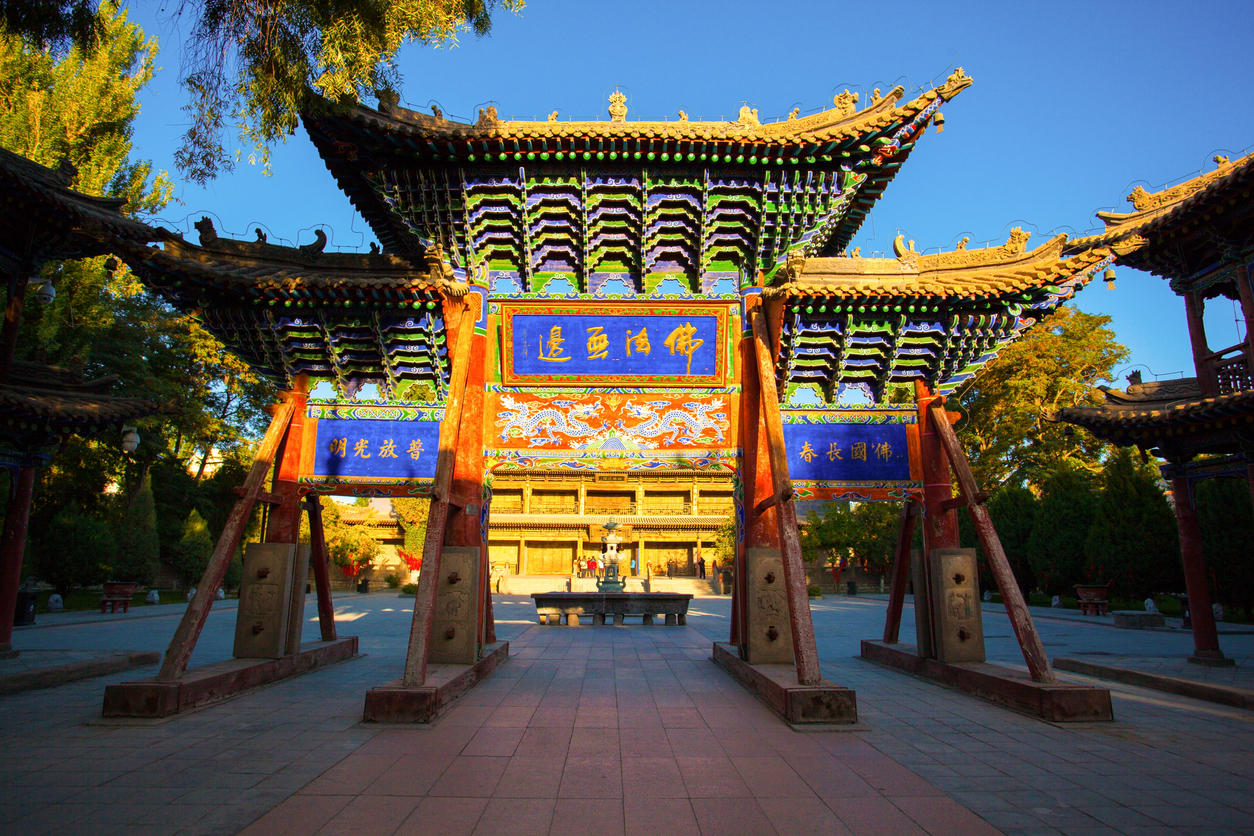 You fly into the city of Zhangye (pop. 1.2 million, just over three hours by air from Shanghai and just over two from Beijing), and from here it’s a half-hour drive out to the geopark. Since you’ll be basing yourself at least for an overnight here in town (once known as Ganzhou and Kanchow, and an important stop on the Silk Road trade route, even mentioned by Marco Polo), you might want to check out some of the local attractions, particularly Buddhist temples dating as far back as the 6th century, such as the Wooden Pagoda, the Great Buddha Temple (above), Jinta, Mati, and Manjushree, as well as the Bell and Drum Tower and the Black Water State tomb-and-castle complex, dating back to the short-lived, 3rd-century Han Dynasty. You can also experience the fascinating culture (including folk performances) of ethnic minorities including Tibetans and the Muslim Hui. 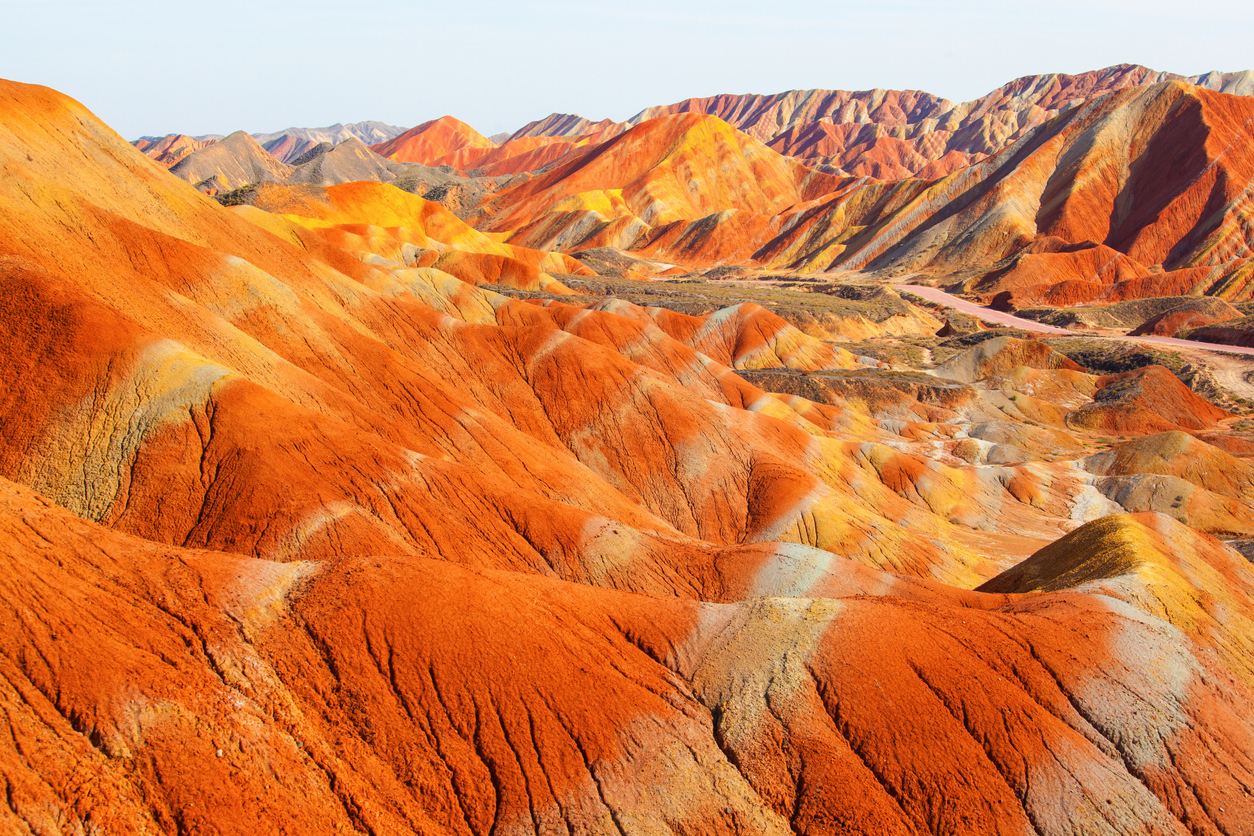 But of course the main reason to travel all this way is the ecotourism, with dramatic nature reserves and areas including the Pingshan Grand Canyon, the National Wetland Park, the Shā Mò Gōng Yuán desert park, and most famously, of course, this eye-popping geopark, a landscape of multi-coloured hills and mountains amid a green oasis basin that truly must be seen to be believed. This UNESCO World Heritage Site is the result of 24 million years of sandstone deposits, layered in a wide variety of stripes of around seven colors including blue, green, orange, red, and yellow (some have also dubbed these the “candycane mountains”); furthermore, nature has also sculpted it into extraordinary, dramatic shapes, including towers, pillars, and ravines. You can either drive yourself out here or take a potted tour from Zhangje city; taking it all in not just from the windows but from viewing platforms of recent vintage.


Does it seem like a lot of bother to see a bunch of colourful rocks? Personally, that’s a definite yes – have a look at the fairly detailed video below and let me know if you agree!