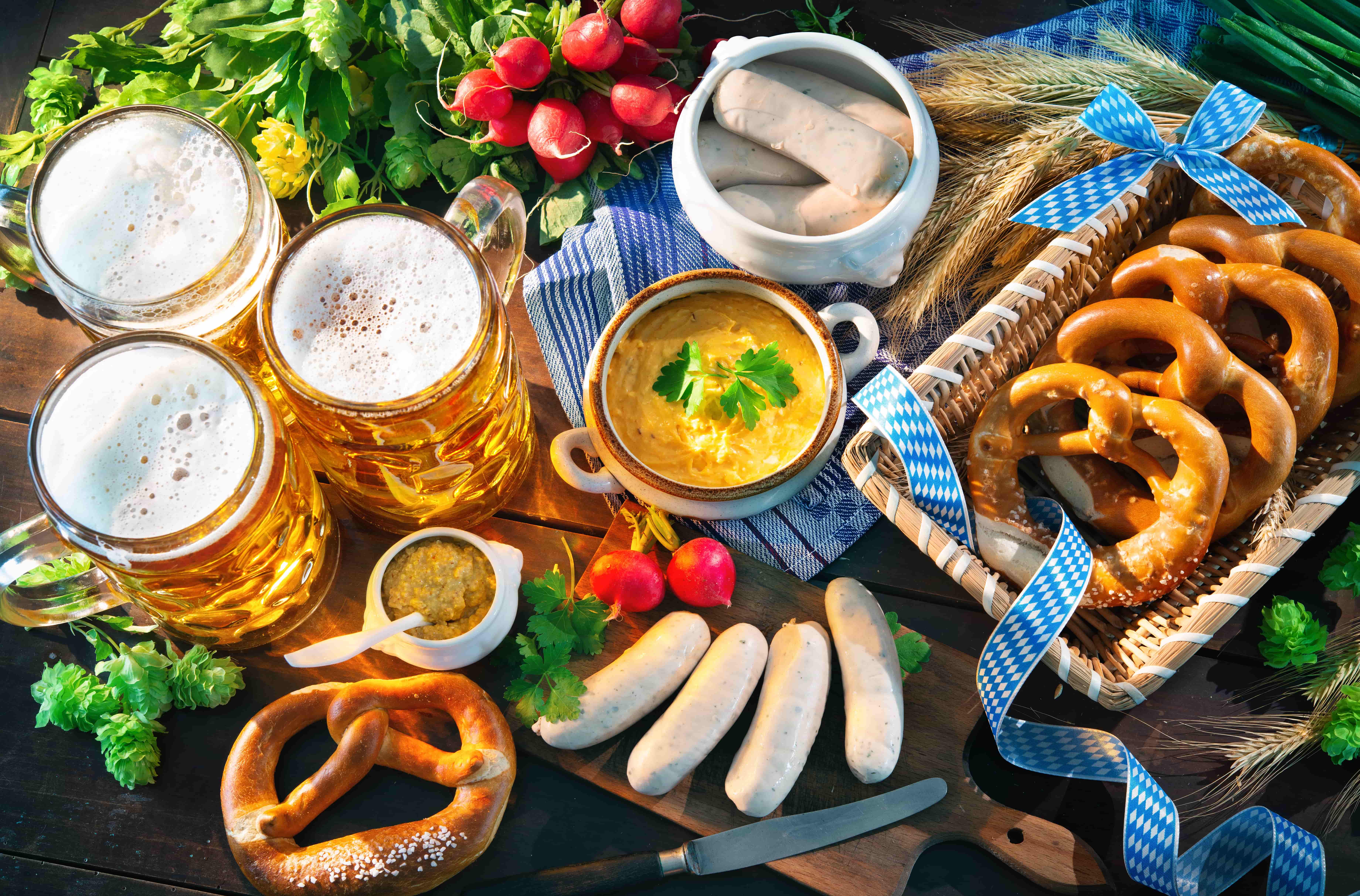 Nutrition experts keep telling us that breakfast is the most important meal of the day. And the cultures in various of Iberia’s destinations definitely take that to heart, as well – each in their own particular way (beer or grilled fish, anyone?). Here’s a look at what you can expect when you greet the morning in a half dozen of my favourites – ready for some brekkers?

Here in Central Europe, Frühstück is all about fortifying the body for the cool (and often downright cold) weather of the northern climes. That often involves a lot of carbs, whether savoury or sweet. On the former side, some 300 types of breads, along with sausage-veg roll-ups, cheese bread, even slices of pizza; on the latter, an array of biscuits, pastries, and cakes, from buttery Butterkuchen to rich, creamy Black Forest Cake.

This country serves up its own very distinctive take on desayuno, with one common dish  being huevos rancheros (“ranch-style eggs”, fried and served over lightly fried or charred corn or flour tortillas and topped with a salsa of tomatoes, chili peppers, onion and cilantro, and accompanied by rice, refried beans, and sometimes guacamole or avocado). My own favourite is chilaquiles (above), a moist concoction of crisp corn-tortilla triangles softened by a red or green salsa (see above), garnished with a spot of sour cream, crumbled farmer’s cheese, raw onion, and avocado slices (sometimes pulled chicken or pork is also added). And these days, they give the ubiquitous 21st-century breakfast sandwich a particularly Mexican twist in the form of a torta de chilaquiles – a portion of this luscious concoction slapped onto a sandwich of crusty bread. Usually accompanied by one of the many tasty fruit juices on offer in this country, as well as coffee for the java hounds among you. ¡Ándale!

Naturally I’m partial to the way we Spaniards break our own overnight fast. That includes pan con tomate (toasted slices of crusty bread spread with olive oil and tomato purée), a slice of potato omelette, perhaps a nice ensaïmada (light pastry with powdered sugar, typical of the Balearic Islands). But perhaps one of the most distinctive elements of the typical Spanish brekie is chocolate con churros (above). The liquid half of this is a lovely cup of hot chocolate – but not like you’re used to. This is a dark, creamy, flour-thickened elixir, accompanied by sticks of fried, sometimes sugar-dusted dough for dipping. As you might expect, this is more popular during the colder months, but many enjoy it year round – so much so that that there are cafés which specialise mostly in hot cocoa and churros (and if you find yourself in Madrid, you should make a point of making a pilgrimage to the historic and atmospheric Chocolatería San Ginés, which as been delighting madrileños and visitors alike since 1894). 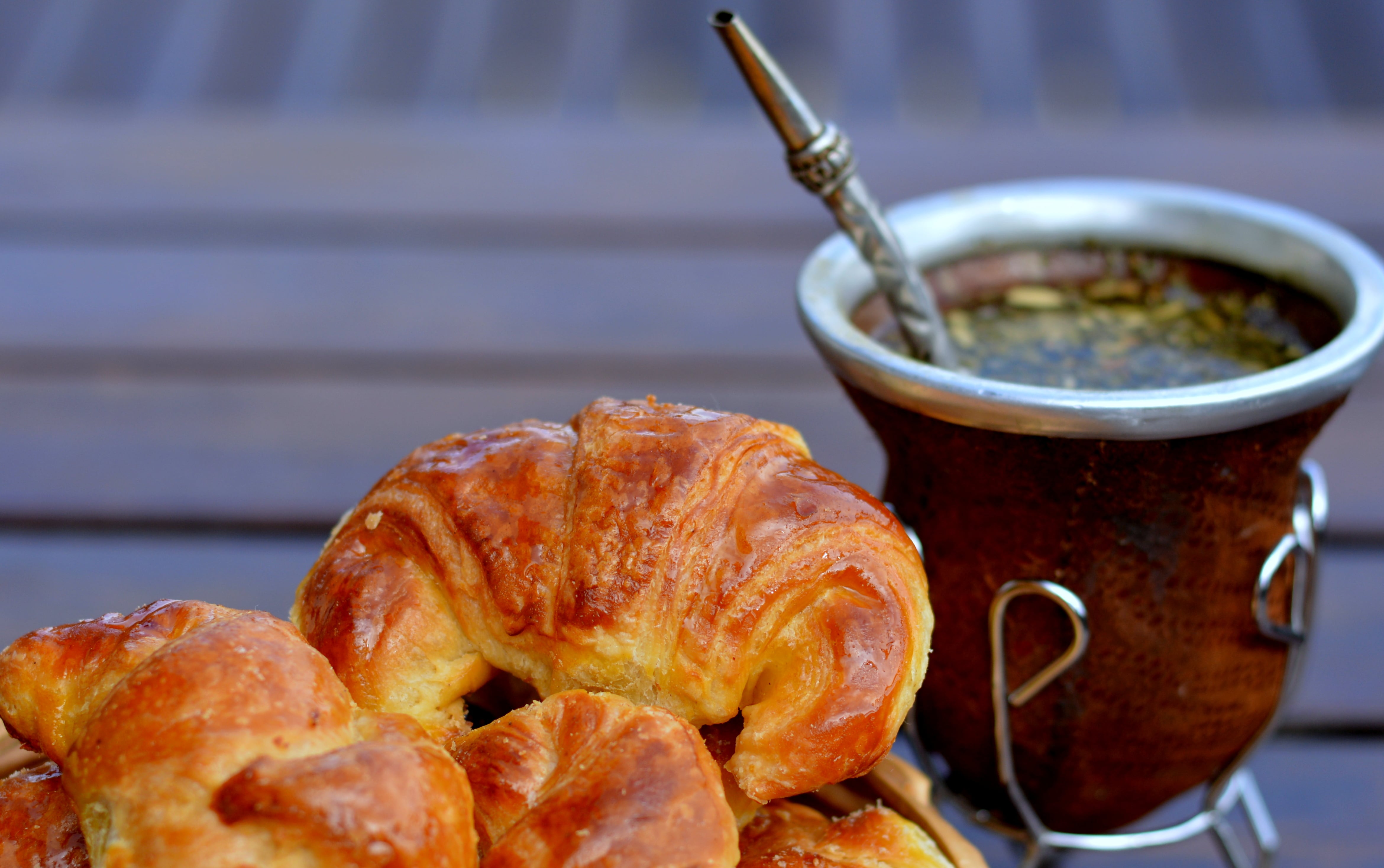 One of the most characteristic ways many Argentines and their neighbours the Uruguayans start off their day is with a nice hot cup of tea – well, the local version, yerba mate, a slightly bitter but smooth brew from a type of holly, often accompanied by facturas, sweet pastries made with a sweet, fluffy, spongy dough – either croissant-style or stuffed with custard or other tasty fillings. Another breakfast classic down here is medialunas, sweet crescent rolls often served with coffee (and what better place to enjoy all this than Buenos Aires‘ classic cafés?). 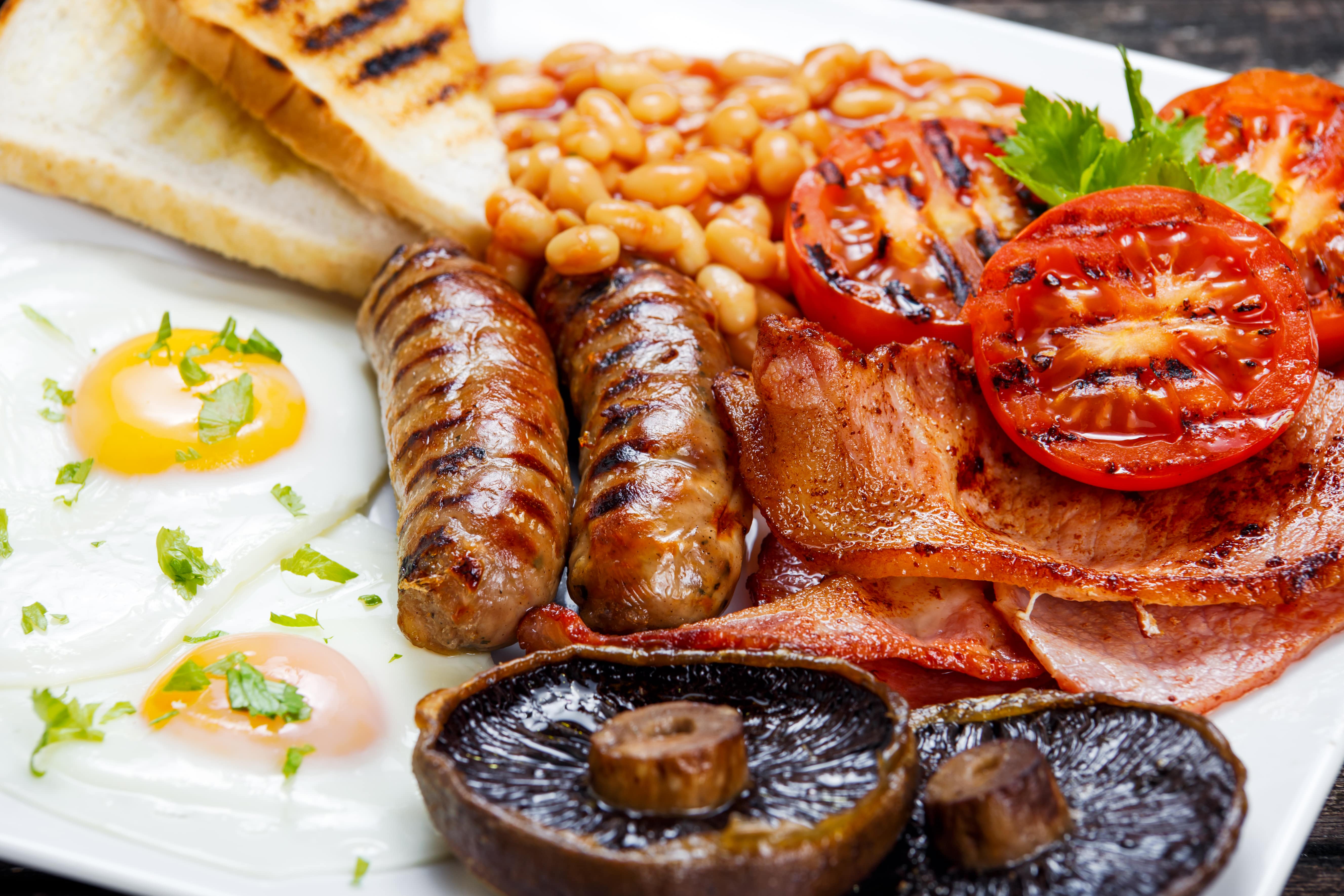 Though I above I called the Bavarian breakfast “hearty”, actually it’s positively anemic compared to the classic full English breakfast (above), an artery-clogger which dates back to the Industrial Revolution which got humming in the early 19th century, when the burgeoning factory workforce needed increased calories to get through arduous work days. The fully monty includes fried eggs and bacon, a good-size sausage (or several smaller ones), baked beans, grilled mushrooms and tomato, and toast – all accompanied, of course, by a cup of tea.

Within the UK, the Welsh add a twist on the above in the form of laverbread, which may also be eaten just with toast and which isn’t bread at all, but a kind of gelatinous pudding made from seaweed. Meanwhile, the Scottish variation involves porridge and tatties (potato scones).

Across the Irish Sea, the full Irish breakfast is similar to the English, but with addition of black pudding (blood sausage) or liver, along with soda bread (brown bread); the Northern Irish call this bread “farl”.

The most exotic for Westerners is of course is the asa gohan traditionally served as the sun is rising in the Land of the Rising Sun. Its usual elements include white rice, a piece of broiled fish, pickled vegetables called tsukenomo, green tea, and miso soup, made with dashi fish stock and miso (fermented soybean) paste, sometimes with veg, algae, and or tofu added.

So what did you have for breakfast today?