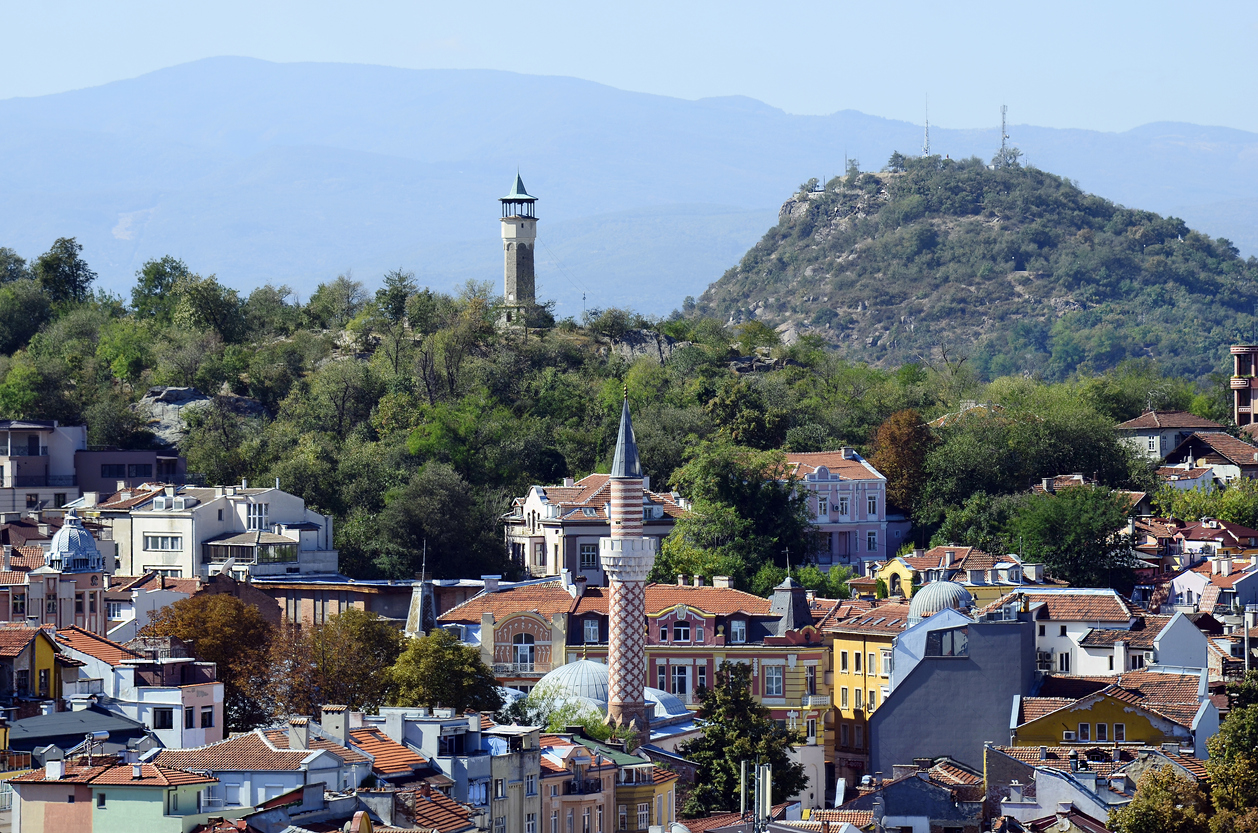 Plov-what, now? Chances are you’ve never heard of this city of just over 345,000 (greater metro area 675,000) in south-central Bulgaria, two hours from capital Sofia. But in the  29 years since this country’s from a particularly hardline, isolationist Communist country, Europe’s oldest continuously inhabited city has reinvented itself for the 21st century, the allures of its picturesque old town and ancient Roman amphitheatre these days balanced by vibrant nightlife, cultural ferment, and a parade of exciting festivals and events throughout the year.

Built, like Rome, on seven hills, astride the Maritsa River through the Thracian Plain, the origins of Пловдив stretch back to the first Neolithic settlements of the 6th millennium BCE, and in the millennia since has undergone numerous incarnations. Once known by the Greek name Philippopolis (after Alexander the Great’s dad Philip of Macedon, who conqueres the area in 342), it was first part of the kingdom of Thrace and then absorbed by empires including the Roman, the Byzantine, the Ottoman, and the Bulgarian (681–1018 and 1185–1396), before Bulgaria finally became a principality in 1878 – leading to a further tumultuous evolution culminating in its current status as a capitalist parliamentary democracy and member of the European Union and NATO. All of that has bequeathed a tremendous amount of history, it goes without saying, and visitors reap the benefit. And all that history and culture also clinched Plovdiv‘s selection as one of 2019’s two European Capitals of Culture (the other being Matera in southern Italy, to be covered in an upcoming post). 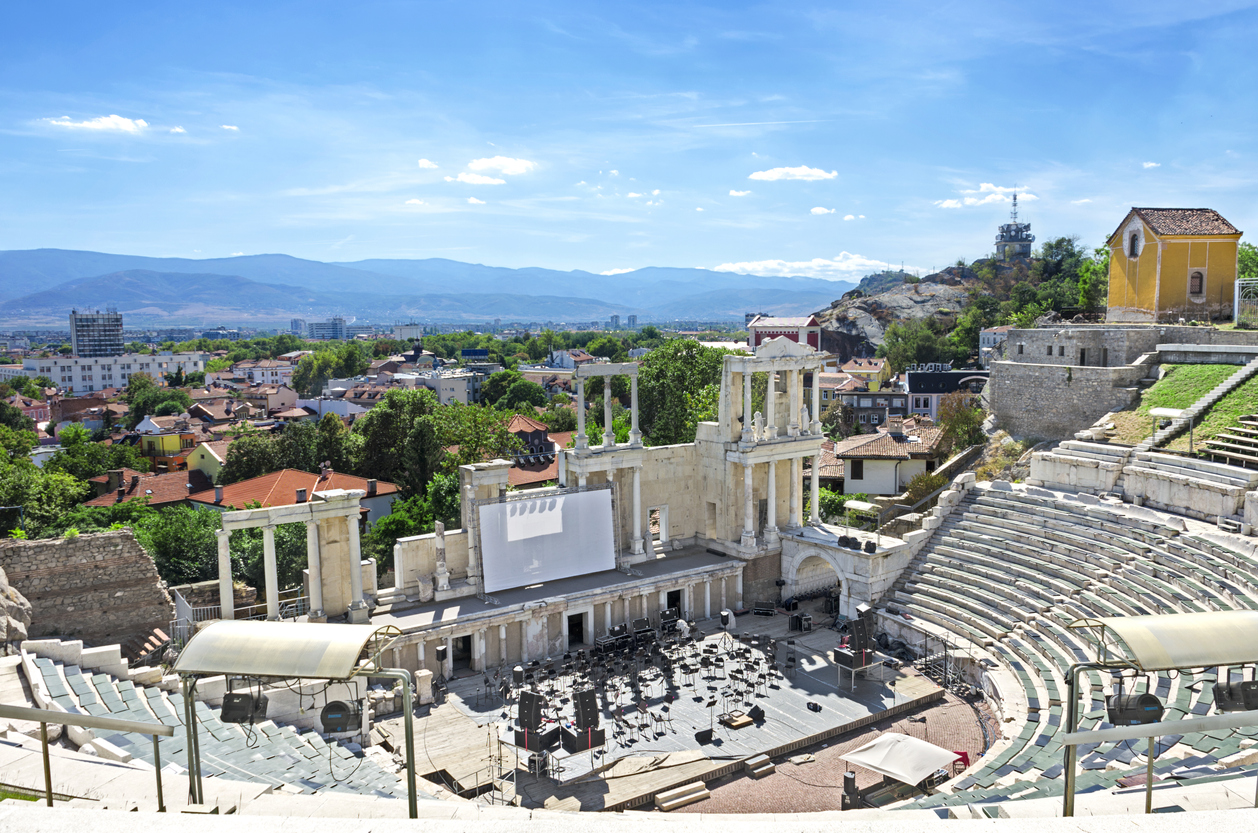 One of Plovdiv’s crown jewels is its 7,000-seat Roman amphitheatre (above), built in the 2nd century during the reign of Emperor Trajan, and meticulously restored to become not only a tourist attraction but a magical venue for concerts and other events; other remnants of Roman rule during the 1st through 4th centuries include the Stadium of Philippopolis (only a small section of which has been excavated), the Ancient Forum  (whose Odeon also hosts performances), and remains of an aqueduct, temples, and villas. To go back even further, head uphill to the ruins of the Thracian settlements of Eumolpias and Nebet Tepe.  A 100,000-item trove of Roman and Thracian art and artefacts – as well as treasures from later periods – are on display at the city’s Regionalen Archeologicheski Musyey (Regional Archaeological Museum – check out that Thracian gold collection, wow). 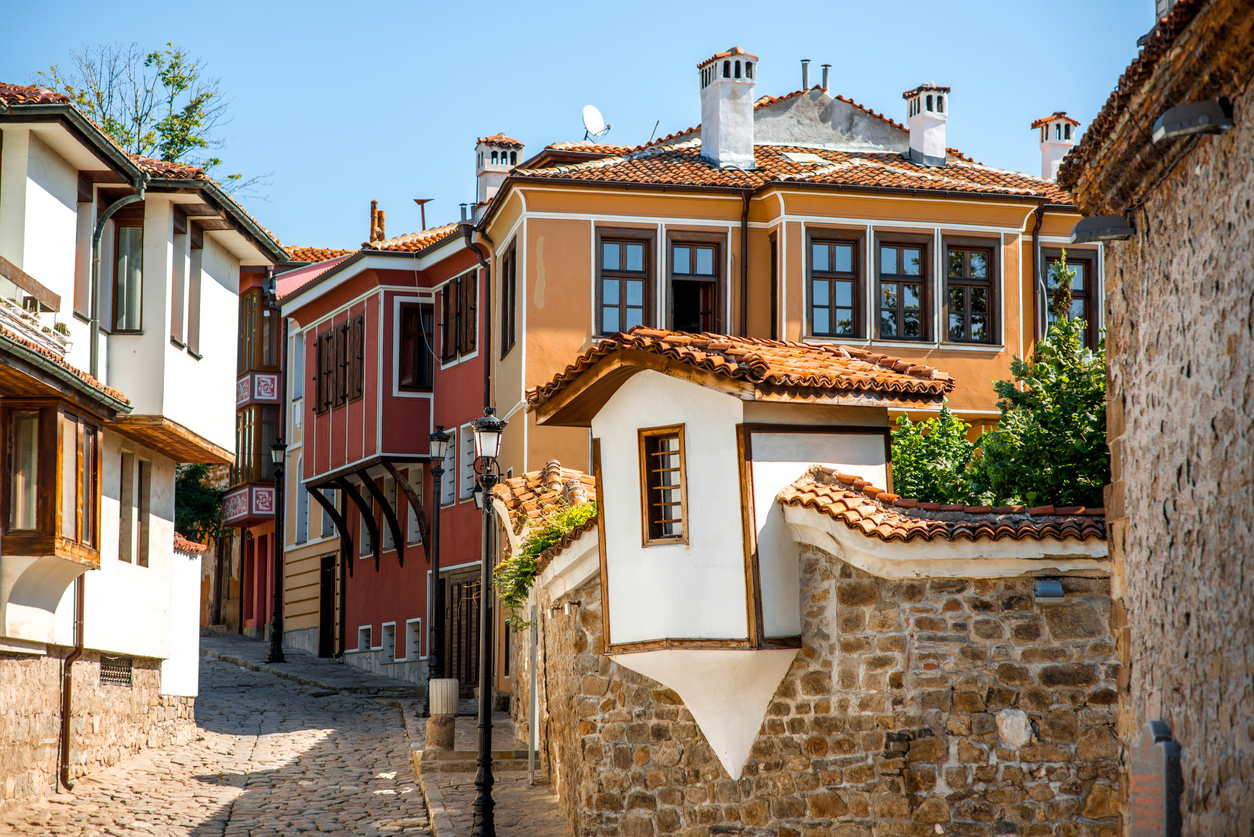 The core of the city, known as Starinyen (Old) Plovdiv (above), is a very walkable Baroque-style quarter built largely during the 18th and 19th centuries (plus fun fact: is also home to Europe’s longest pedestrian street!). Free English-language tours are given once or twice daily starting at the city hall. Stop in at distinctive manses reflective of the 19th- and late-18th centuries such as the Kilanti House, the Atanas Krastev House, the Balabanov House, the Hindlian House, and the Zlatyu Boyadjiev Gallery (which also houses a collection of paintings by the onetime owner).

There are also, of course, a number of historic houses of worship, including fine examples of Bulgaria’s many – often exotic – churches. They’re Bulgarian Orthodox (related of course to Greek and Russian Orthodox), but several are also Roman Catholic and Muslim. Standouts include the main Orthodox church, Holy Mother of God (1844), the mid-15th-century Dzhumaya Mosque; and another, more modest Orthodox Church of Sveti Konstantin & Elena (dedicated to Byzantine Emperor Constantine and his mum), founded in 337; its current incarnation dating from a rebuild in 1832, it houses fantastic frescoes and carved ceilings, as well as a variety of evocative religious art from the 15th to 18th centuries. 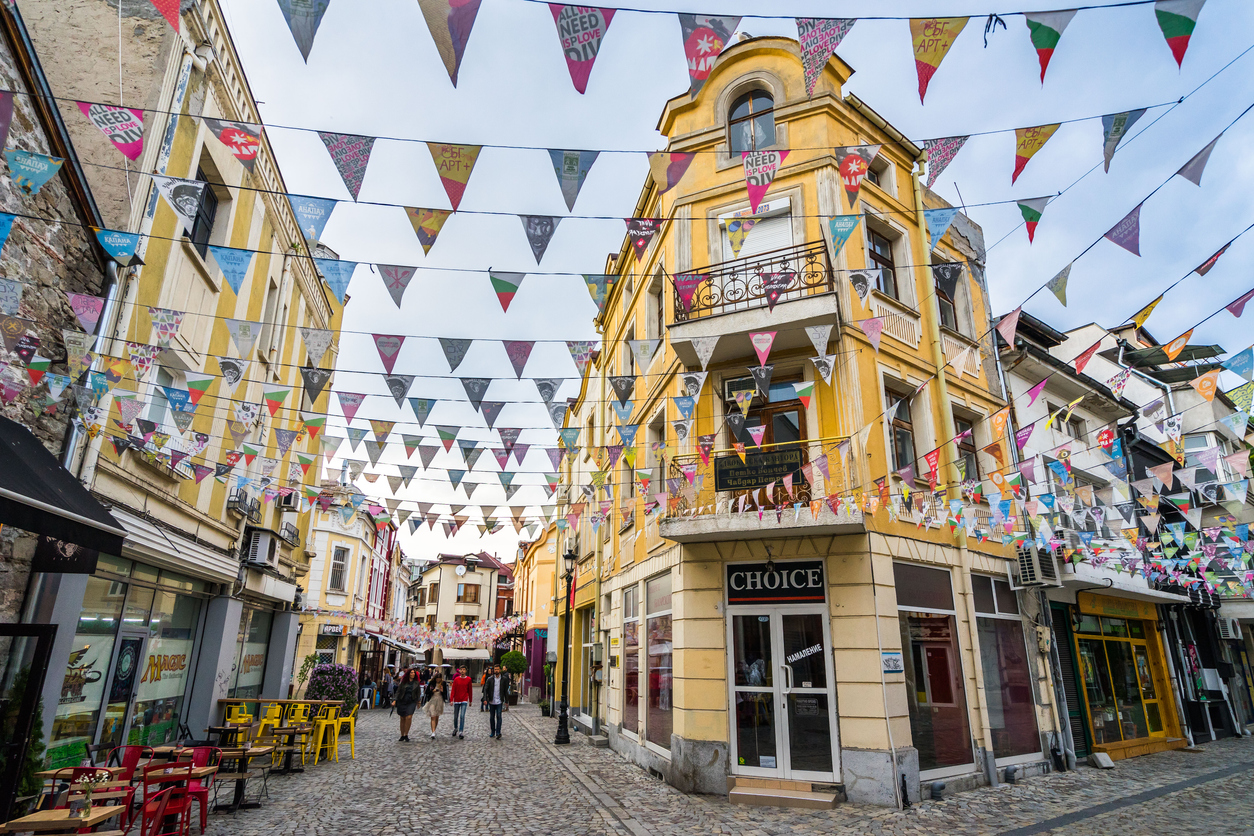 Museums also well worth a visit include the Regionalen Ethnografski Musyey (Regional Ethnographical Museum), in a navy-blue, swoop-roofed 1847 villa and documenting local traditions, culture, and lifestyles through the ages, and the Gradska Khudozhestvena Galeria (City Art Gallery), with more than 200 Bulgarian works from the 19th and 20th centuries.

And speaking of art, this year as a European Capital of Culture Plovdiv 2019 (which kicked off this past weekend) has marshalled the city’s already impressive arts scene, with venues sprouting all over town especially in the now hipsterish Kapana neighbourhood (above), many of its cobblestone streets now pedestrianised, flag-bedecked, and its not-long-ago derelict buildings transformed into funky shops, galleries, cafés, bars, and eateries. Throughout the year, some 300 projects and 500 events will take place throughout the city and across nearby south-central Bulgaria, devoted not just to painting, sculpture, and installations but myriad forms of music (including a festival featuring British musicians called Brexit Blues, lol), dance, cinema, theatre, cuisine, history, and more. One particularly interesting signature project is Smoke: Tobacco Stories, housed in Tyutyunyeviyat Grad (Tobacco City), a collection of abandoned warehouses in the process of being turned into a cultural centre; the exhibition showcases in a very engaging manner a little known but important aspect of Plovdiv’s heritage.