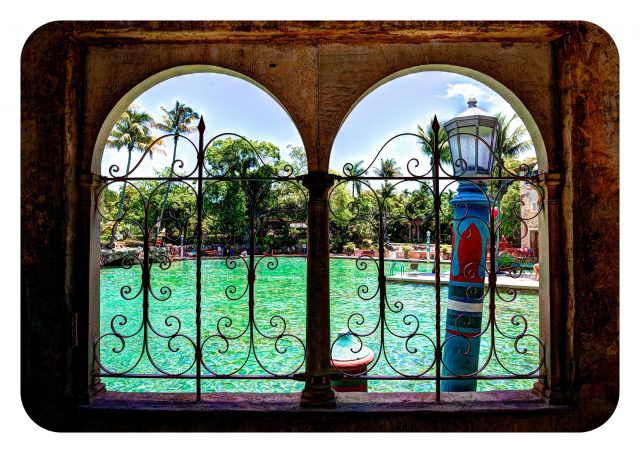 When it comes to family travel, the 800,000-tonne gorilla in Florida – and indeed, in all the United States if not the world – is of course Orlando., with its theme parks, shows, and other seemingly never-ending family-friendly attractions. Meantime, the state’s other major vacation powerhouse, sunny Miami, is most often thought of as an adult playground of beach and partying. But this sprawling metropolis can be surprisingly varied, with kid-friendly gems studded throughout, and one particularly good example is an area called Coral Gables.

Fifteen minutes south of the airport and 20 to 30 west of Miami Beach, “the Gables” is actually an independent city (pop. 52,000) occupying nearly 97 square kilometres (37 sq. miles) of metro Miami, and one of its wealthiest areas, founded in the 1920s by developer George Merrick, whose team designed it in a charming architectural pastiche of southern European Mediterranean style, particularly evocative of Spain (most of the streets are even named after people, places, and things of Spain and to a lesser extent Italy, such as Alhambra Circle, Ponce de León Boulevard, and Giralda Street). 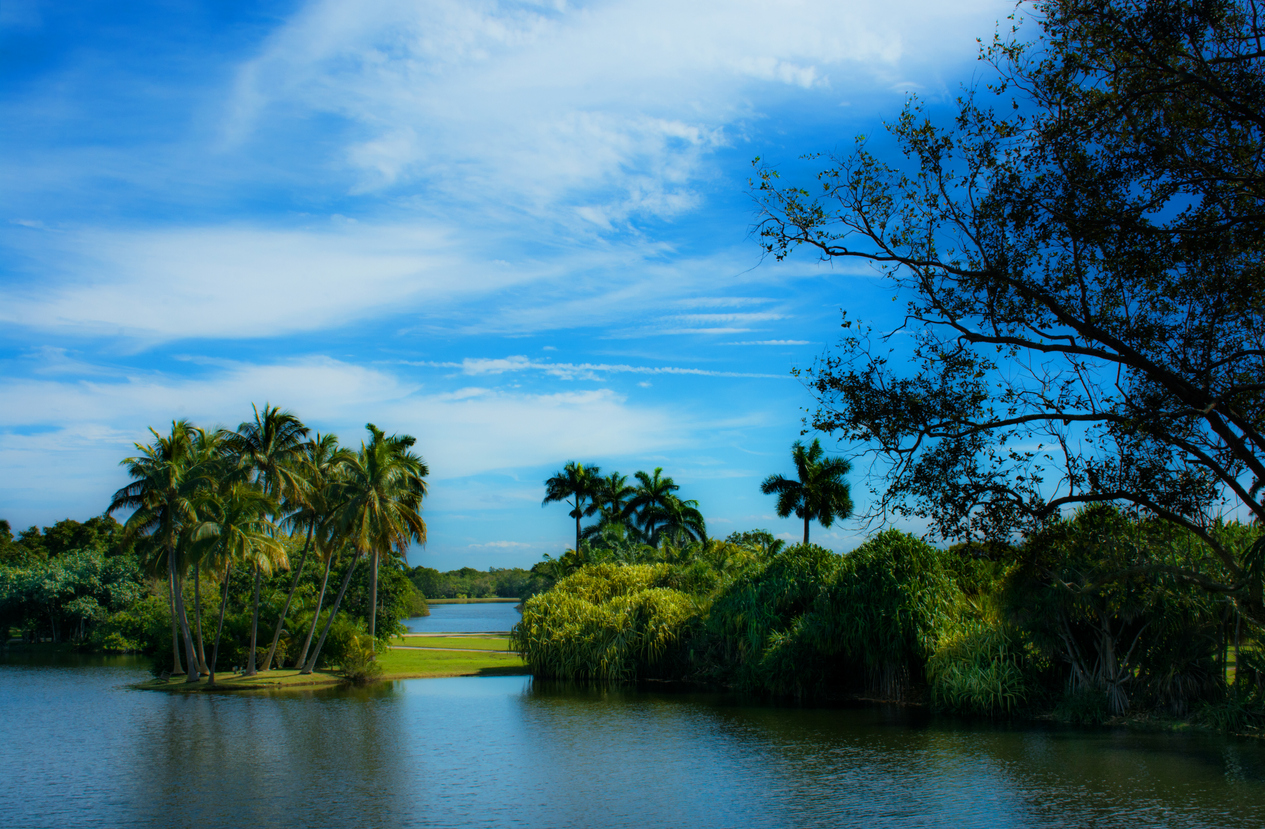 In addition to a charming, easily walkable, and newly renovated downtown anchored by “Miracle Mile“, and the landmark grande-dame hotel the Biltmore, another must when visiting “the City Beautiful” – with or without the little ones – is the Venetian Pool (top), several blocks south of dowtown. Open mid-February through November, this 1923 fantasy occupies a onetime coral-rock quarry which evokes the romance of Venice, with fountains, bridge, waterfall, grotto, and more. Just keep in mind this is an underground-spring-fed pool, so the water temperatures can be a wee bit nippy!

Down in the South Gables a 20-minute drive from Miracle Mile, the crown jewel of the lovely Matheson Hammock Park is the placid, atoll-style Round Beach on Biscayne Bay (with sailing, fishing, and water sports available), while just next door to it families will love the Fairchild Tropical Botanic Garden (above). This 34-hectare (83-acre) spread has been charming visitors for more than 80 years with its exquisite landscaping, exotic flora (including among the world’s best collections of orchids and palm trees), butterfly house, and periodic festivals (did someone say mangos and chocolate?). 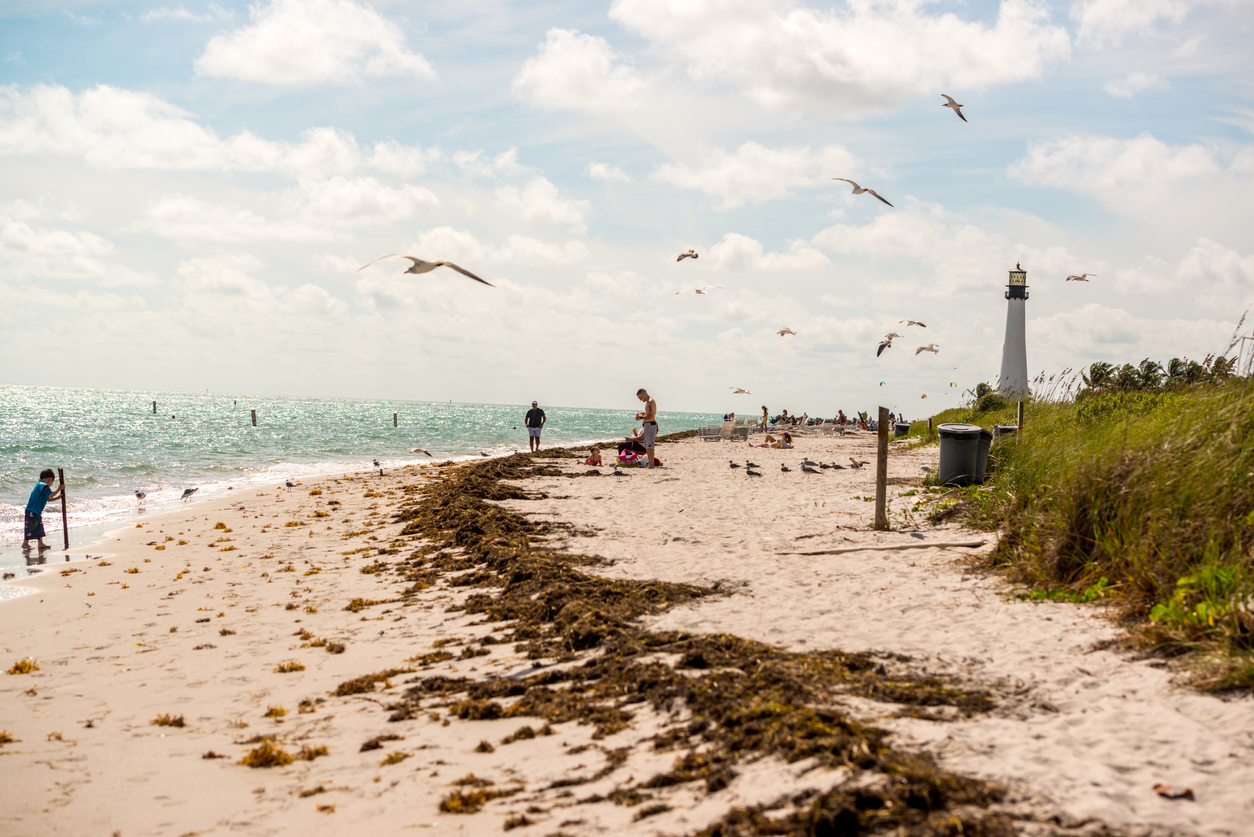 Back up in downtown, the smallish, very pleasant Coral Gables Museum occupies the city’s original firehouse/police station (check out the stone busts of long-ago cops and firemen adorning the façade), and offers a fascinating look back at the history of the USA’s first planned city, along with temporary exhibitions; kids’ activities and events; and on the third Sunday of each month a 10 am bike tour for families. Just down the street, one of the country’s best remaining independent bookstores, Books and Books, sports a truly superb children’s section, and over on Miracle Mile the historic Miracle Theatre is not only a venue for great musicals and plays for grown-ups but also boasts the Young Talent Competition along with one of the country’s best rosters of Musical Theatre for Young Audiences, with upcoming productions this year including Cinderella, Puss in Boots, and Schoolhouse Rock Live!

Other fabulously fun family attractions in Miami ouside the Gables include the city’s glitzy less-than-two-year-old science museum (with a truly great planetarium); Jungle Island; Zoo Miami; the Children’s Museum; the mysterious Coral Castle; the Seaquarium, and Key Biscayne‘s calm, picturesque Lighthouse Beach (above – yes, with a real and historic lighthouse, and one even open for tours), and the Everglades, with its wildlife, alligator wrestling, and airboat rides – more than enough to keep young and old amply entertained for a memorable holiday!