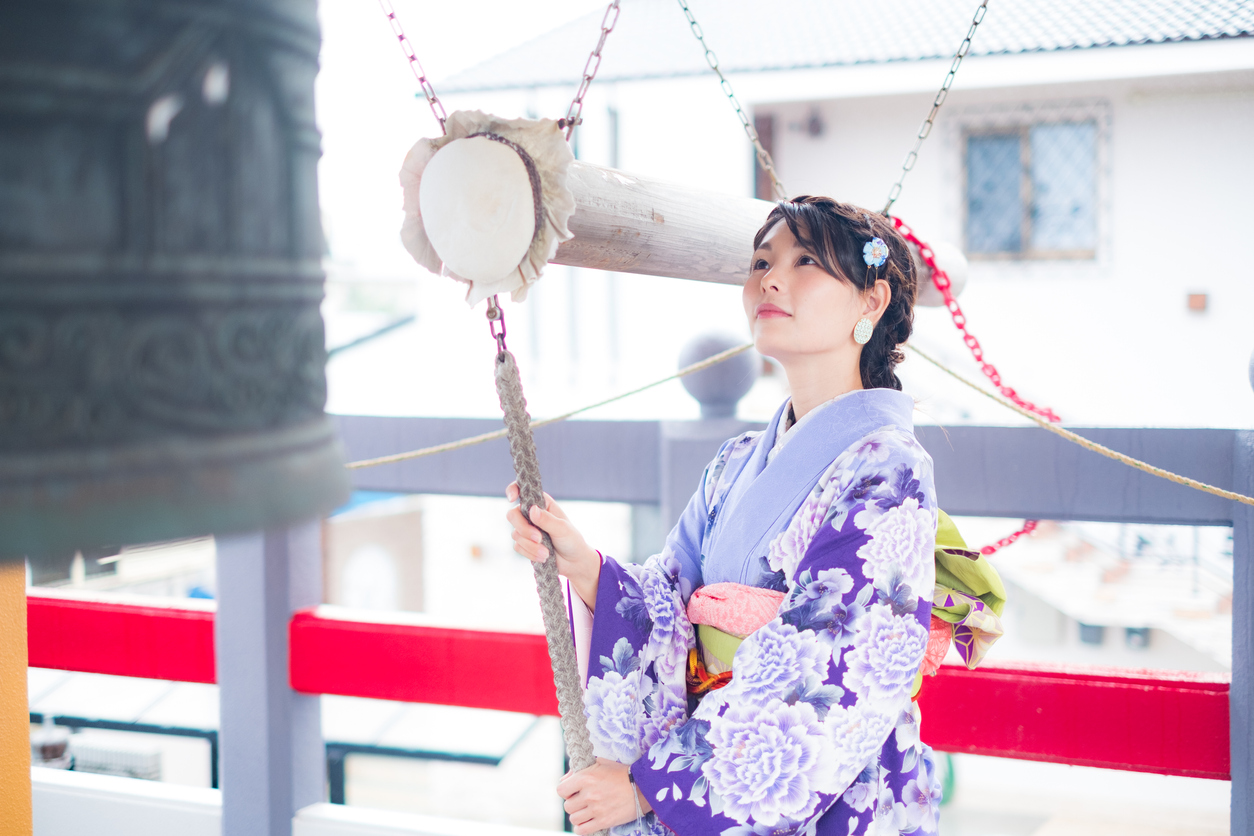 Celebrated by the Japanese according to the Gregorian calendar only since 1873, New Year’s Eve and New Year’s Day have evolved their own unique set of customs. Let me share a quick primer on Shōgatsu in Japan with you – it’s a festive time of year to visit! 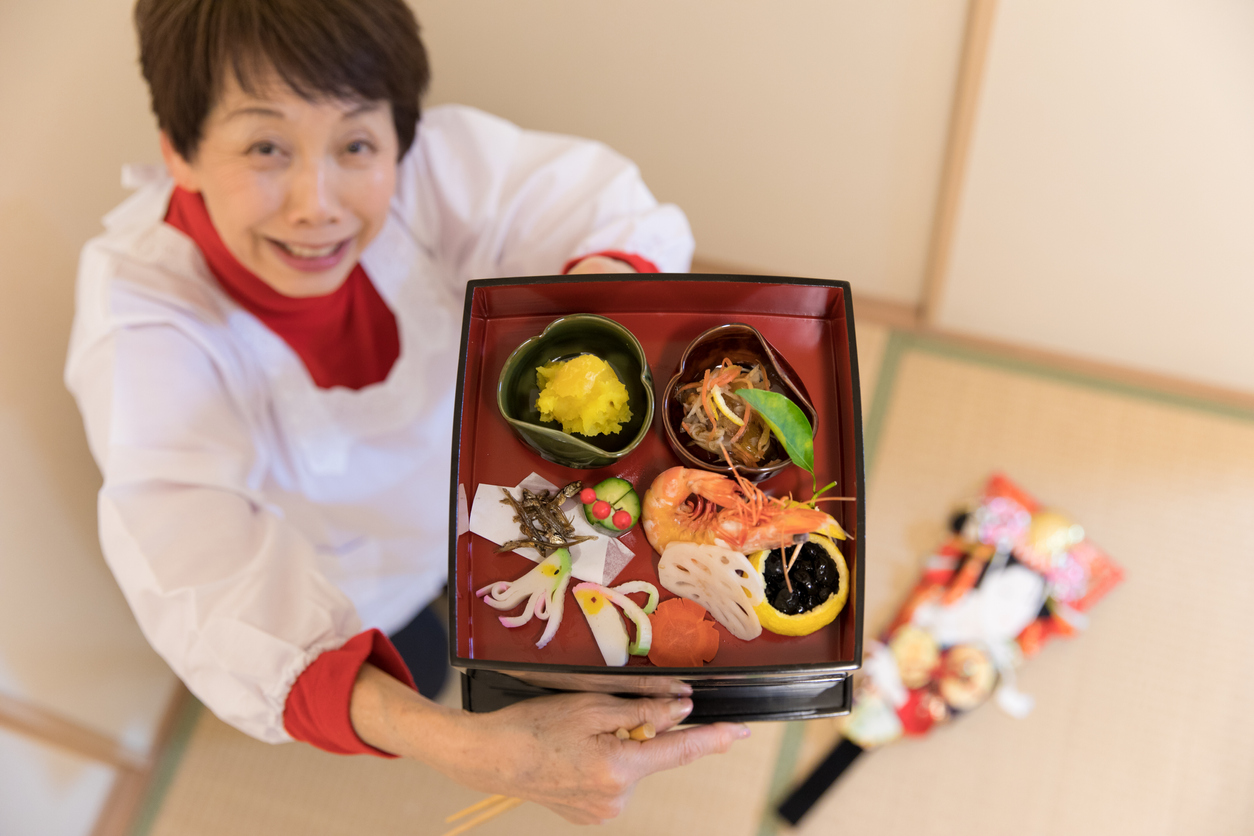 In the days leading up to New Year’s Eve, many Japanese engage in osoji (cleaning), their   equivalent of spring cleaning, with the idea that this is a good time to purify their environment to begin the new year afresh. Once the house is spotless, it’s time to get cooking! On NYE, soba noodles are served in houses and temples across the country, along with traditional dishes such as osechi-ryōri (above; boiled seaweed, fish cakes, mashed sweet potato with chestnut, simmered burdock root, and sweetened black soybeans, presented in bentō boxes) and ozoni (a mochi-sticky-rice-cake-based soup).  On the seventh day of January, a seven-herb rice soup called nanakusa-gayu is served to allow the stomach to rest. Other New Year’s practices include sending holiday postcards known as nengajo and handing small decorated envelopes of money to children, a custom called otoshidama. 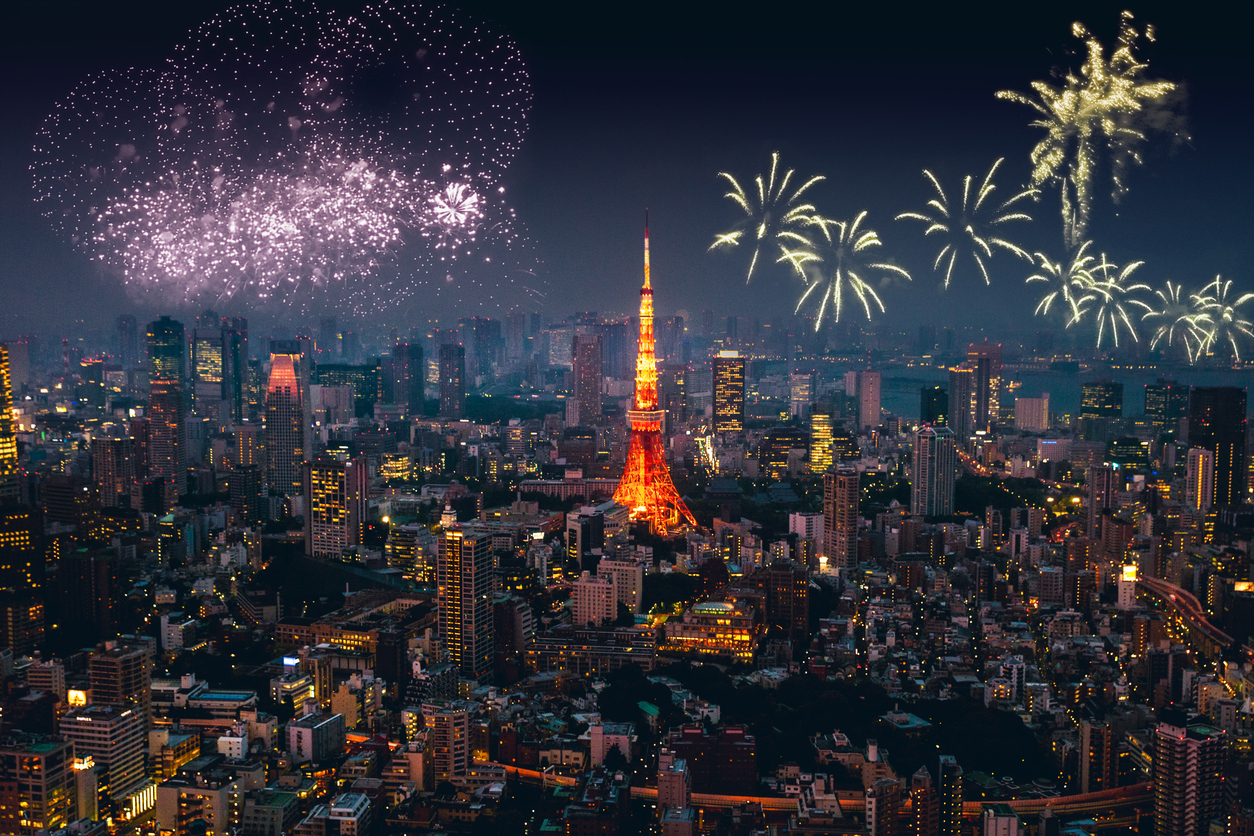 These holiday observances and customs take place all over the country, of course, but as you might expect, Tokyo is especially abuzz at this time of year. On NYE the city’s trains – which normally stop running at midnight – run for 24 hours, and crowds flock to midnight countdowns and fireworks at spots like Shibuya Crossing (said to be the world’s busiest  intersection); the Sky Circus Sunshine 60 observation deck; various hotels, restaurants, and nightclubs; and theme parks such as Tokyo Joypolice Hanayashiki de Toshi Matagi, Kasai Rinkai Park, and Namco Namja Town. You can even take a countdown cruise on Tokyo Bay on Symphony Luxury Lines. 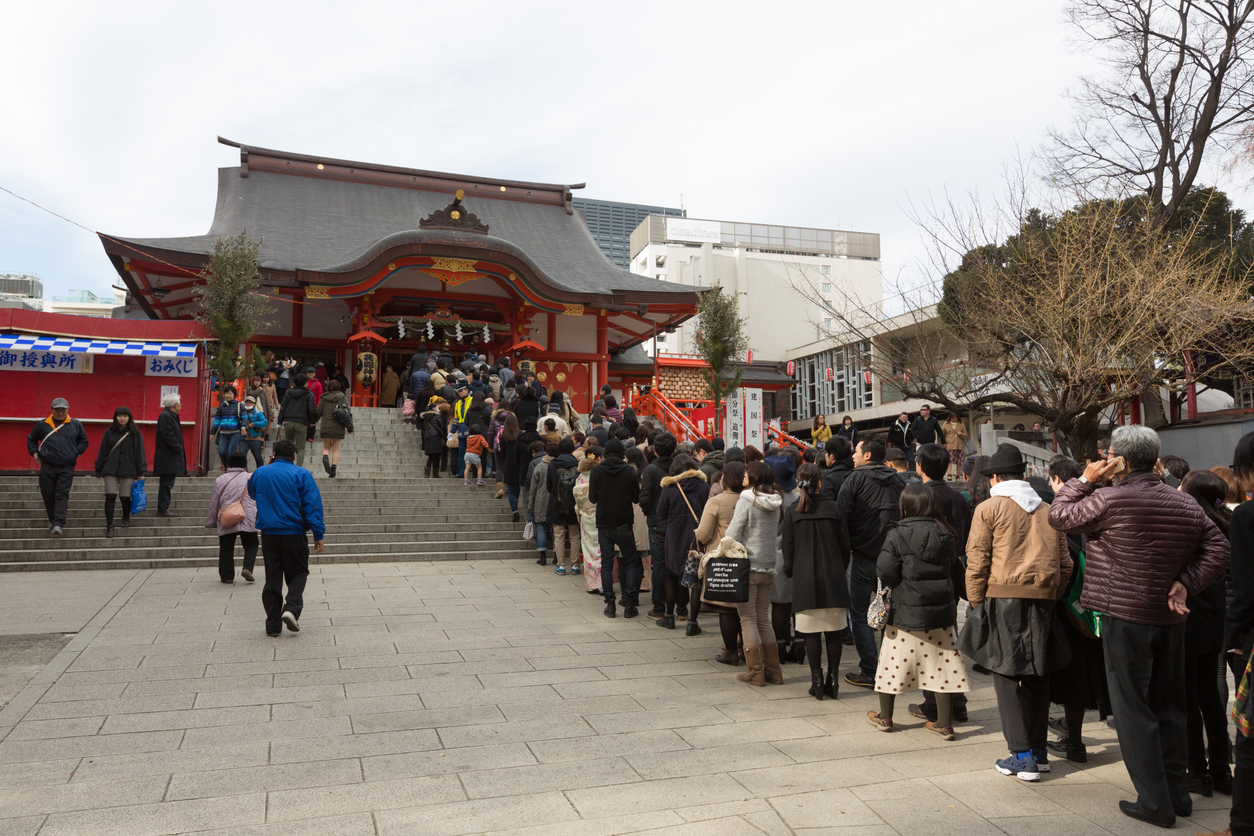 On the more traditional side, beginning tonight at the stroke of midnight Buddhist and Shinto temple priests ring the joya-no-kane (New Year’s Eve bell) 108 times (to banish the 108 bono, sins such as greed and anger). Then for the first three days of the New Year, temples and shrines are crowded with Japanese praying for good luck in the coming year; the year’s first temple or shrine visit is known as hatsumode. People arrive from midnight through the following day, and priests wave beautiful white paper streamers attached to wooden purification wands over them. Top choices in Tokyo include Hanazono (above), the Meiji Shrine, Sensoji Temple, Tokyo Daijingu, and Yoyogi Hachimangu.

In short, truly a spectacular city and country in which to ring in 2019 – or 2020. So akemashite omedetou (Happy New Year)!