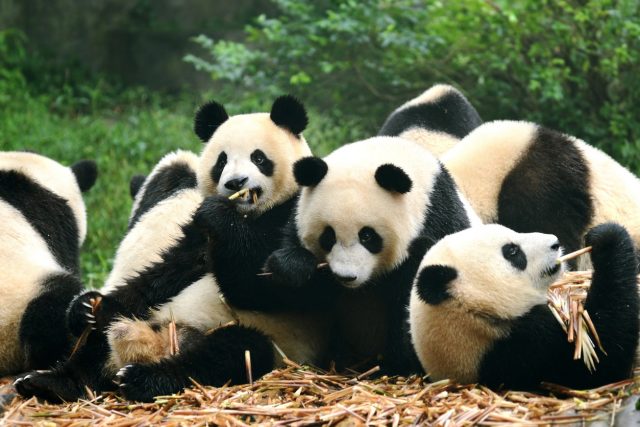 Say “Sichuan” (or Szechuan in its traditional spelling) and most people think of the savory, spicy cuisine of the southwest corner of China, a mountainous land drained by the four rivers that give this province its name. What fewer may know is that it is also ground zero for one of the cutest critters known hereabouts or anywhere: the dàxióngmāo (“giant bear-cat”) … a.k.a. the adorable panda.

Being a bit off the beaten path of top Chinese destinations such as Beijing, Shanghai, or  Xi’an, Sichuan and its comely capital city of Chengdu unfortunately do not make it onto most first-time travelers’ itineraries… but it should, as there is far more to see and do than the chance to commune with Ailuropoda melanoleuca cavorting on its home turf.

Since it will likely be your first stop, though, let’s head right for the Chengdu Giant Panda Breeding Research Base, set in a gorgeous natural setting 18 km (11 miles) from the city. Try to get there first thing in the morning, as it’s panda breakfast time and in general they’re more active before 10 am. Afternoons they tend to snooze away in air-conditioned enclosures (rough life!), so to see them outdoors surrounded by the natural beauty of Sichuan, make sure to set your alarm. There are approximately 120 at the research base, so you’re pretty much guaranteed to walk away with some impressive pics for your Instagram – especially in fall or winter, when you may also see tiny baby pandas in the nursery. 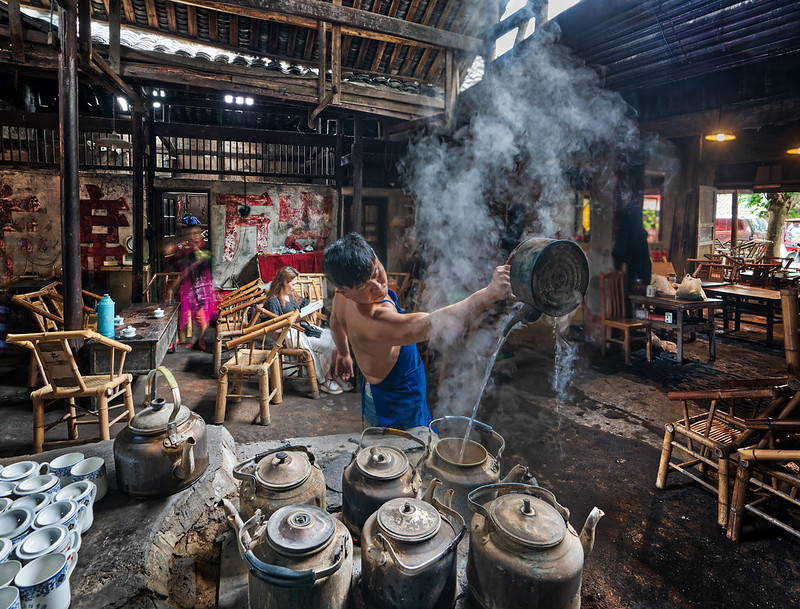 To recover from the cuteness overload, head back into town for a hearty Sichuan lunch. In a city of 15 million, there’s no shortage of options, though you may want to aim for key areas such as Jinli and Tang Song Streets, ancient alleys packed with temptations that will blow your mind and your palate. Chengdu is also known for its teahouse scene, and what better way to steep in (sorry) traditional Chinese culture than with a steaming cup of tea? Some are modern, cutting-edge deals, but try 200-year-old Laozhaiyuan for a spot of time travel and a chance to rest your feet. Or you might prefer the Wenshu Monastery Tea House, where you can restore both body and soul with a visit to the this Tang-dynasty Buddhist monastery, the city’s largest and best-preserved. The surrounding warren of streets and alleys is also a great place to get lost for an hour or two. 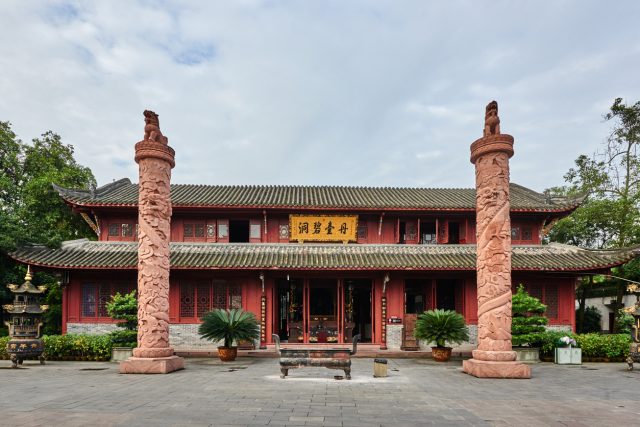 While in spiritual mode, a visit to Qingyang Temple, the city’s oldest Taoist facility, is also in order. Dating from the Zhou dynasty and reconstructed during the Qing (1644-1912), it offers enough pagodas, gardens and marble lions to sate your inner culture hound. There are plenty of other temples, tombs, museums and neighborhoods to explore, so grab your walking shoes and a good guidebook and explore.

After nightfall, discovering this university town’s lively bar scene is a fun option for those thus inclined, or you may prefer to take in a performance of Sichuan opera, a local Chinese opera variant that includes spectacles such as fire-breathing and sleight-of-hand mask changes. One good venue is Shufeng Yayun, a century-old theater/teahouse where, naturally, you can enjoy a good pot of tea while basking in the culture of this lesser-known but fascinating part of the Middle Kingdom.