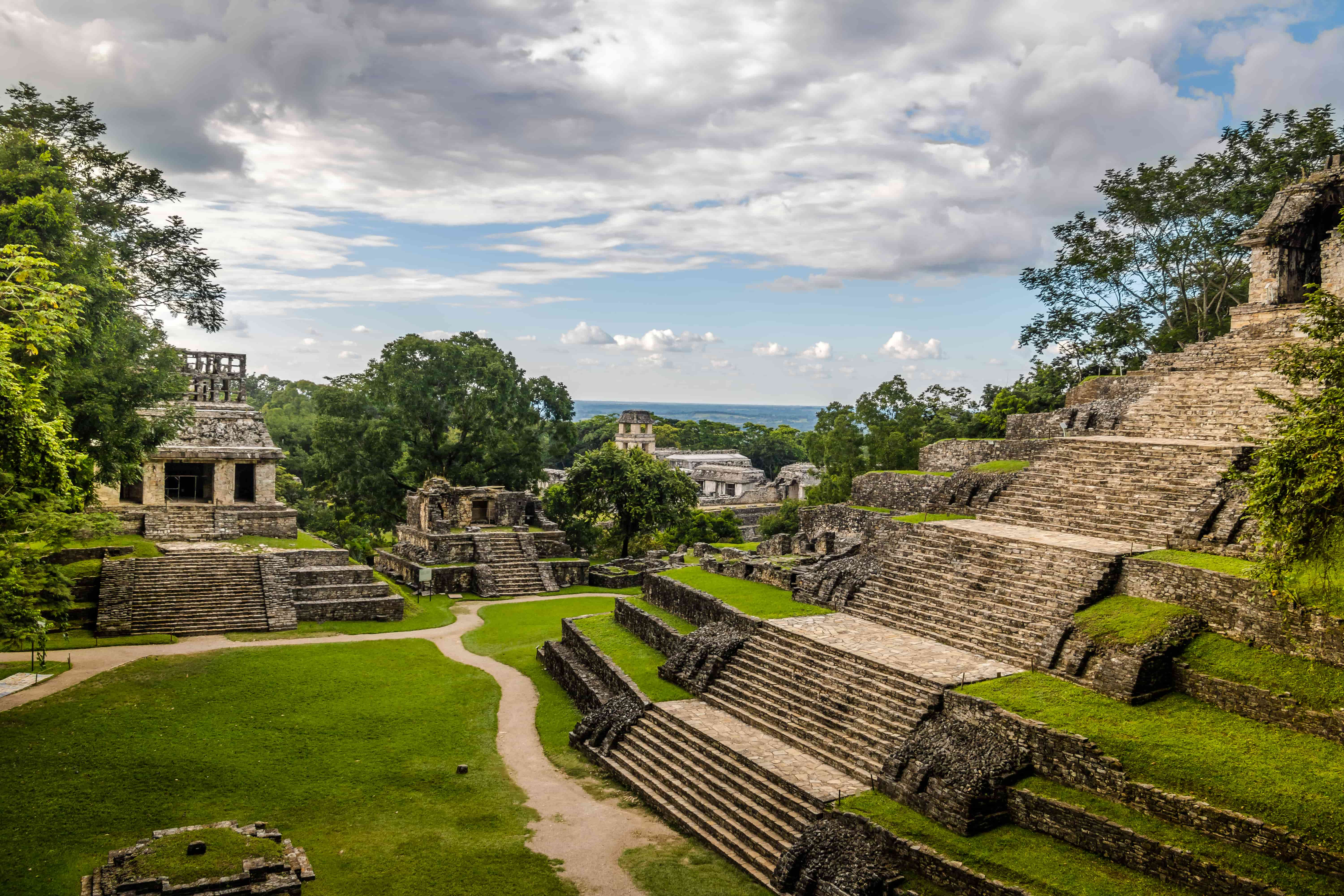 Even with all the incredible sights and experiences Mexico has to offer, there are still plenty of less celebrated regions dotting this sprawling country that are hidden treasures – and none more so than its southernmost state, Chiapas, astride the Pacific coast. Verdant and tropical, the region has really only registered on the world stage once, when in the 1990s the Zapatista movement led by “Subcommander Marcos” occupied several towns; paralysed the Mexican government; and even marched on Mexico City on behalf of the poor and the indigenous peoples, of which there are many here. The Zapatistas are still around (even running for political offices), but things are much, much quieter these days, and untouristy Chiapas offers visitors a fascinating menu ranging from Mayan ruins to colonial towns to superb ecotourism and beaches.

The best place to base yourself down here is Chiapas’ cultural capital San Cristóbal de las Casas (below), three to four hours from Mexico City via plane and bus combination. Also known as Jovel in the language of its Tzotzil people, it’s a good size city – population around 158,000 – but San Cristóbal’s colonial core (dating back to 1548) is a total charmer that well rates its inclusion on Mexico’s “Magical Towns” list thanks to well preserved 16th- and 17th-century architecture, with outstanding landmarks such as the Arco del Carmen, a red-brick tower that’s Mexico’s only example of Mudéjar (the mediaeval style created by Moorish artisans after the Christian reconquest of Spain), and the bright yellow Cathedral of St. Christopher the Martyr, packed with amazing and invaluable religious artwork. 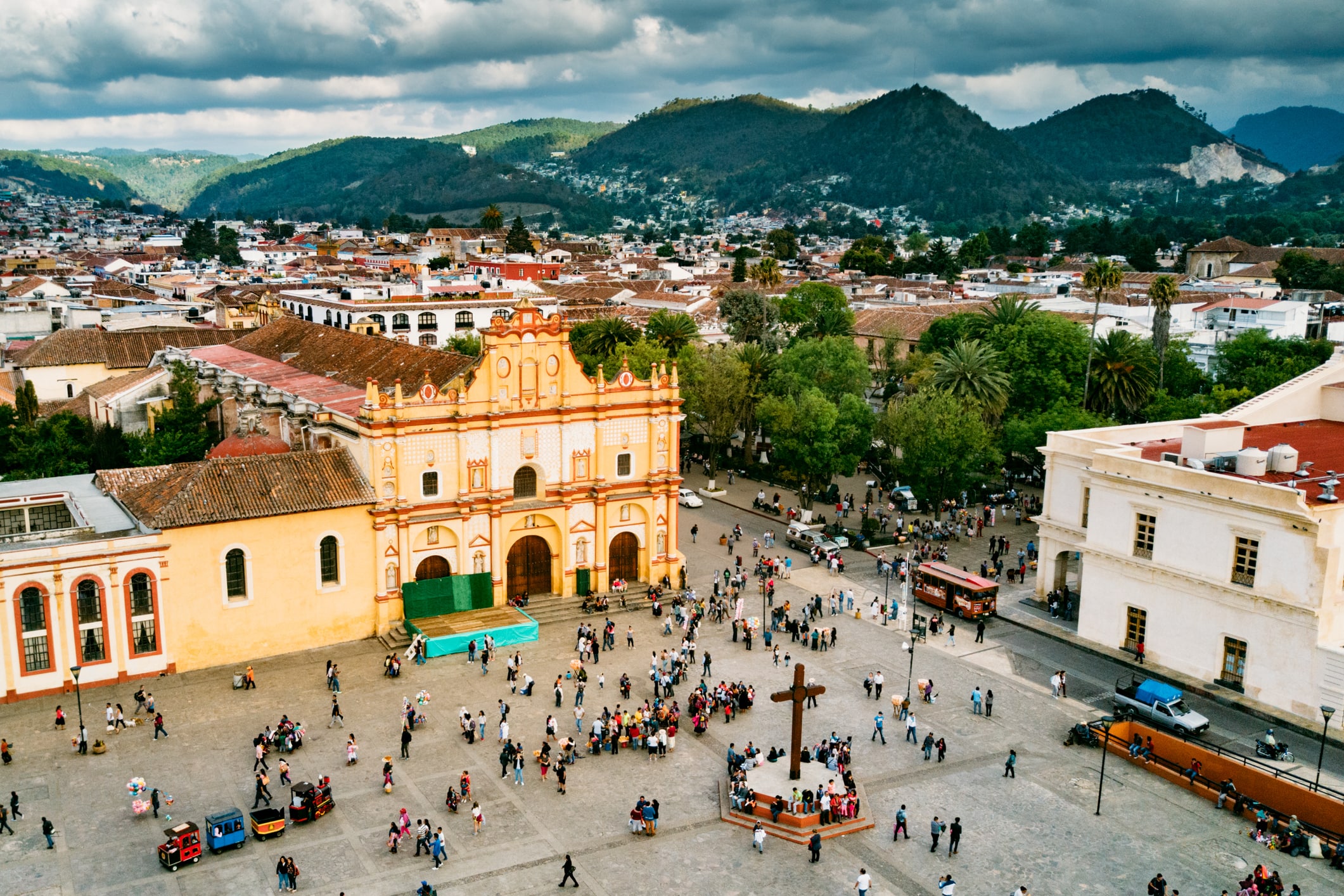 Old Town’s main hub is the garden-filled Zócalo (aka Plaza de 31 de Marzo), from which fan out cobblestone streets such as Real de Guadalupe and Miguel Hidalgo, lined with shops, art galleries, bars, and restaurants that come especially alive after sundown with a festive, somewhat boho vibe. Also don’t miss the colourful street markets, such as the Tianguis Artesanal crafts market in Plaza Santo Domingo; the Mercado de Dulces y Artesanías selling both crafts and sweets on Avenida Insurgentes, and the covered Mercado Municipal, with foodstuffs and prepared foods.

You’ll also come across various tour operators for excursions to the surrounding area, such as picturesque nearby village Zinacantán and San Juan Chamula, as well as the impressive Mayan ruins of Palenque (top), five hours to the north (this can be done as a day trip or ideally with an overnight in the eponymous nearby town). Its so-far excavated area modest – around 2.5 square kilometres (just under a square mile) – this UNESCO World Heritage Site was a medium-size city-state with its peak between the 5th and 9th centuries, and harbours some of the finest architecture and carvings of the Mundo Maya. Standouts here include the Temple of the Sun, the Temple of the Cross, and the Temple of Inscriptions, where the tomb and funerary furnishings of the Jaguar King were found. 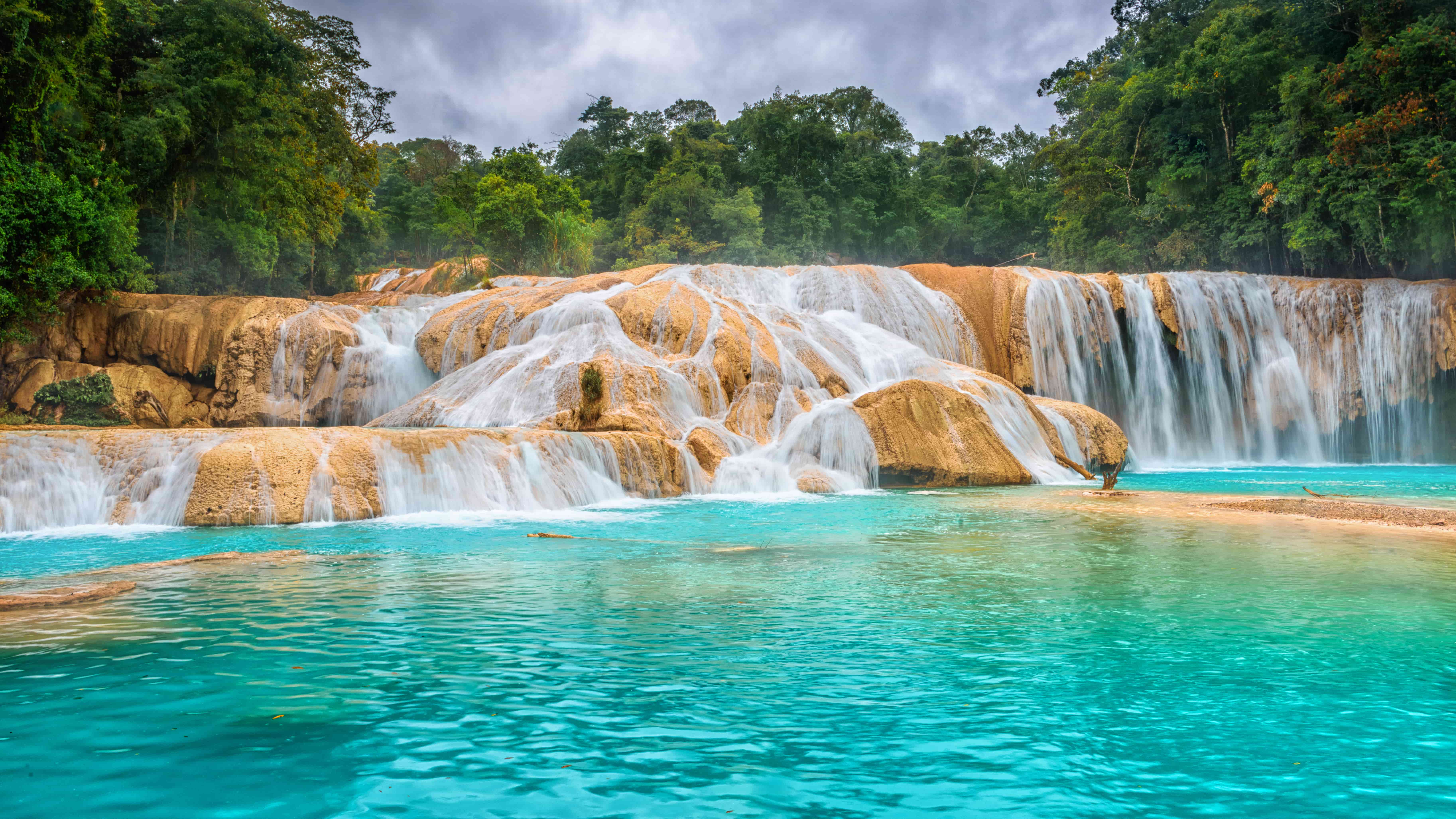 Nature and adventure lovers, too, will find a lot to love about Chiapas, one of Mexico’s richest and most diverse areas, with seven distinct ecosystems including rivers like the Grijalva, mountainous enclaves such as Sima de las Cotorras; crystal-clear waterfalls along the lines of Chiflón, Agua Azul (above), and Misol-há; lagoons like Montebello; and protected areas on the order of El Ocote. For me, though, nothing surpasses majestic Sumidero Caynon (below), its sheer walls plunging a mind-blowing 1,200 metres (3,937 feet). Its now part of a 22-hectare (54-acre) nature reserve forested with pines and ancient oaks, populated with a profusion of wildlife including spider monkeys, harpy eagles, and huge, pheasant-like birds great curassows. The best way to appreciate Sumidero is on a two-hour boat tour. 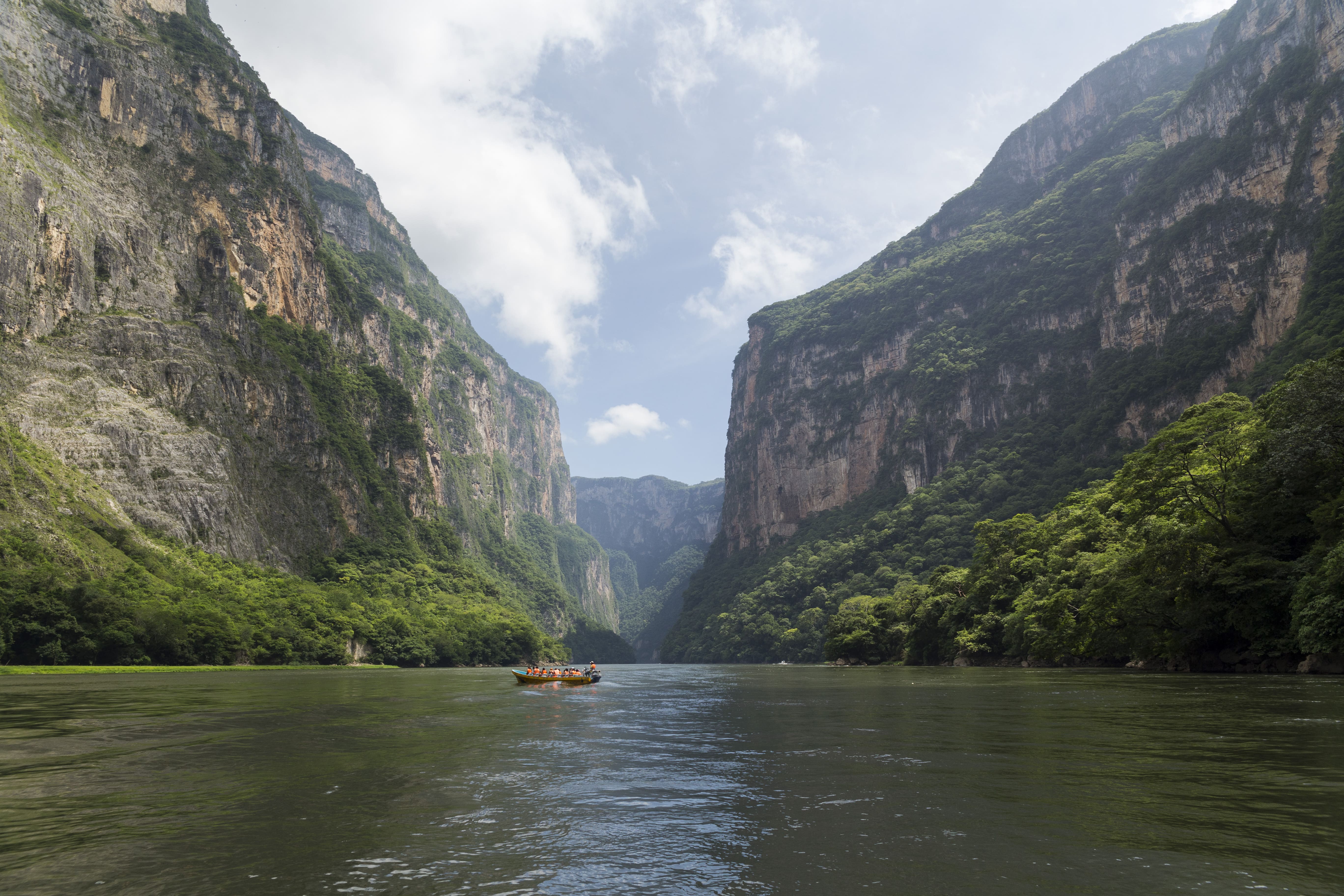 Before or after this grand canyon, it’s worth a visit to nearby Chiapa de Corzo, another of Mexico’s Magical Towns (and just under an hour from San Cristóbal) known for its colourfully hued colonial architecture and crafts market.

And all along the way, as a foodie I’d like to recommend some local specialities not to miss. My favourite dish in these parts is cochito, oven-roasted pork dressed in chile sauce and spices, accompanied by onion and lettuce. Other must include the Comida Grande de Chiapa de Corzo (aka Pepita con Tasajo), a stew revolving around strips of dried beef, pumpkin seeds, and pork lard, and of course boiled-corn tamales, a precolumbian classic which is particularly well done down here in Chiapas. Wash it all down with another precolumbian classic, pozol, a thick drink of chocolate and corn.