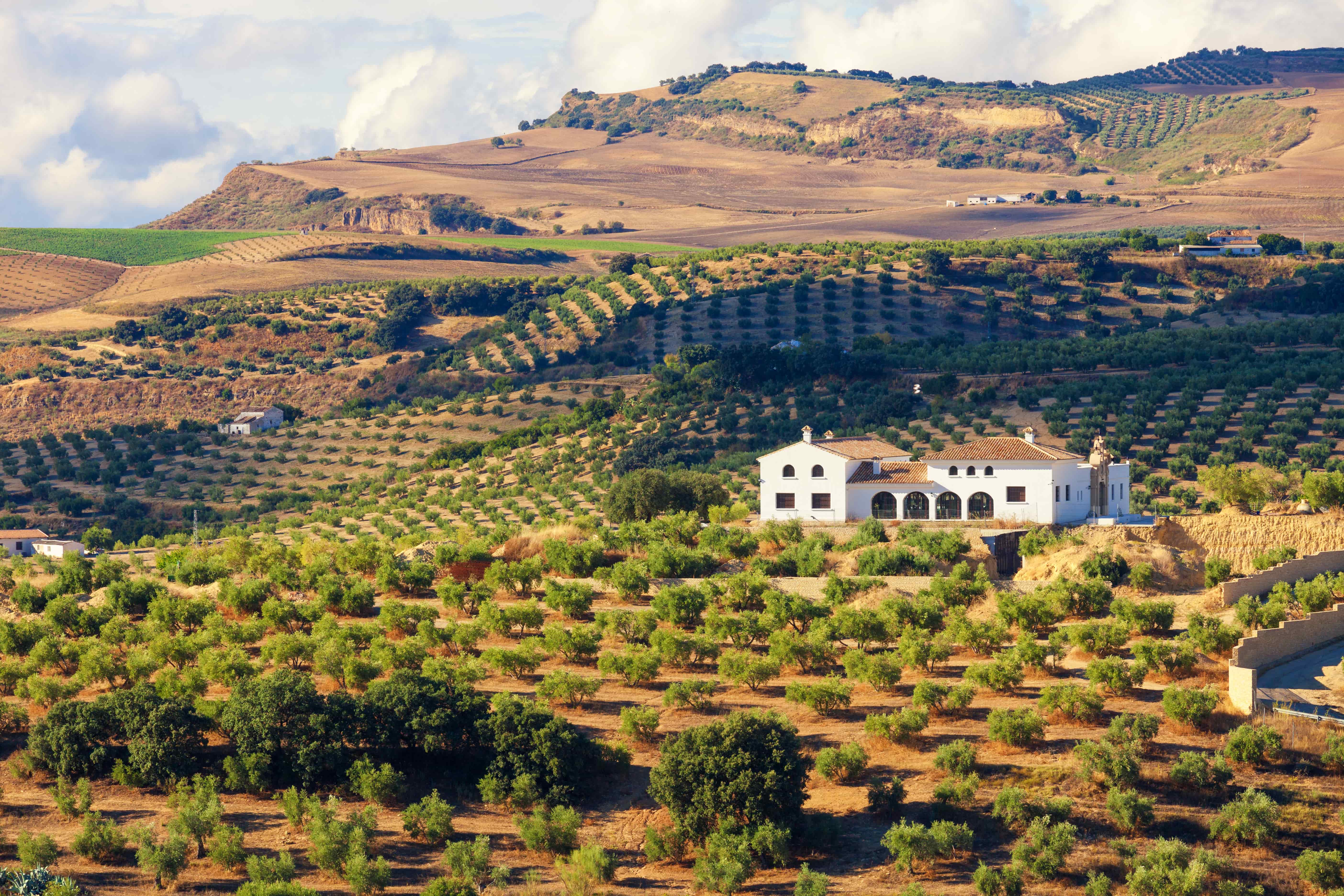 Spain‘s diversity comes across not just in language, cuisine, climate, customs, and landscape, but also in traditional Spanish architecture. So when driving in a particular region of the country, you may notice distinctive structures you don’t recall seeing in other regions. Here’s a quick guide to a half dozen, and what they mean.

Also found in Extremadura and Castile-La Mancha, the design of these country houses (top) dates back to the mediaeval domains of Muslim Al-Andalus, and they reached their apogee during the 18th century as hubs of the latifundium agriculture system. Often sitting in lonely splendour amid vast tracts of farmland away from settlements, their design revolves around a central courtyard, with living and working spaces radiating outward. Quite a few have in recent years been converted into luxurious country inns and/or event venues.

You’ll spot these distinctive raised graineries – their name derived from the vulgar Latin horreum – throughout the countryside and in small towns and villages throughout Asturias (as well as neighbouring Galicia and Cantabria). Of small or medium size and built as squares or rectangles in wood or sometimes stone, with slate or thatched roofs, they were of course designed to keep stored grains away from humidity as well as rats and other animals. These days of course hórreos have been replaced by more capacious and hygienic forms of storage, but they remain dotting the landscapes as proud symbols of the distinct heritage of northern Spain. 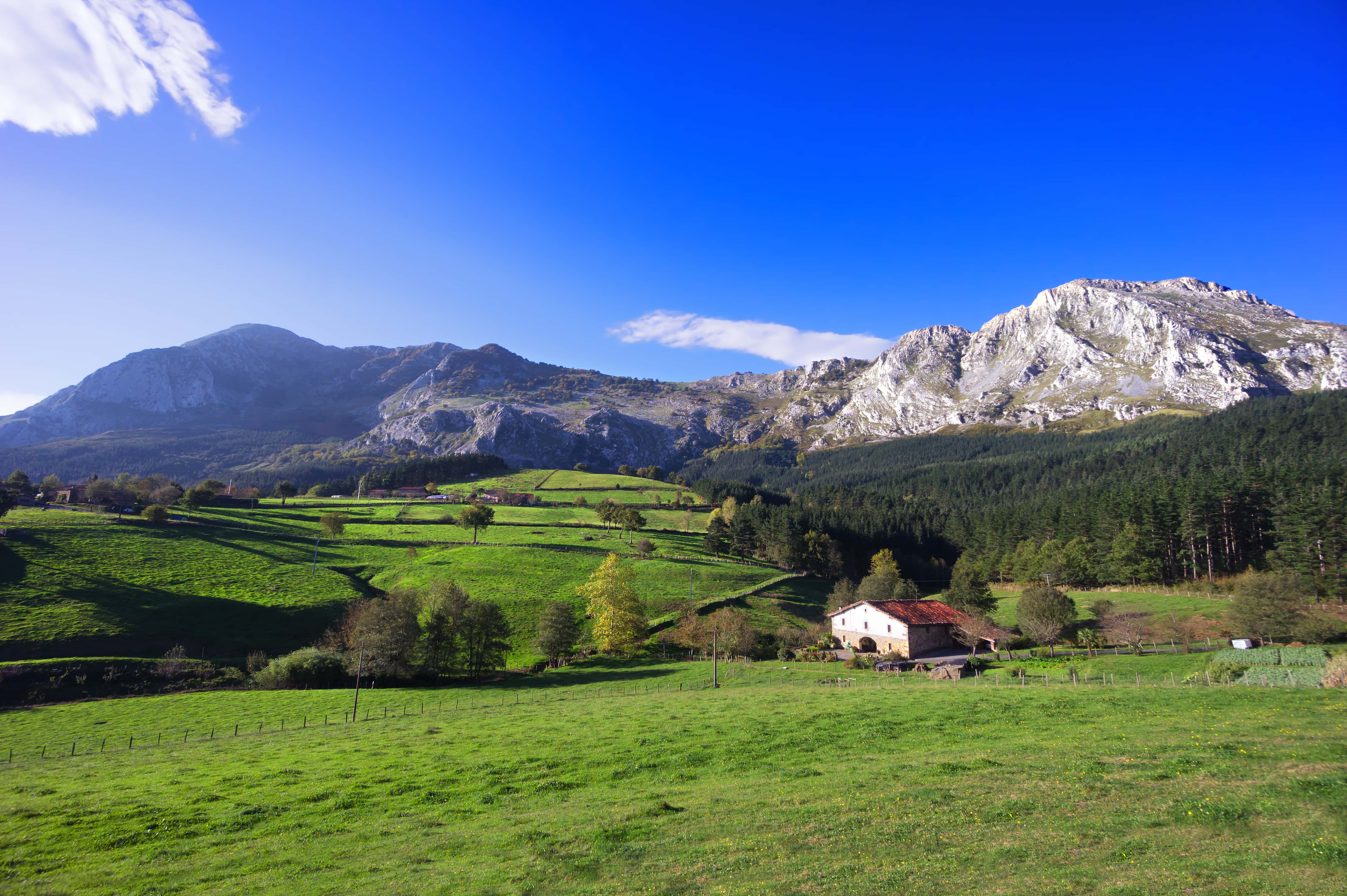 These two-storey stone farmhouses dot the forests and fields of our country’s Basque regions – Euskadi‘s provinces Araba, Biskaia, and Gipuzkoa, along with the neighbouring autonomous region Navarre. Each is even christened with its own name, and the ground floor is traditionally devoted to stables and grain storage and the floor above to family living space. These days, some still still fulfill their original purposes – producing top-quality produce and meat – while quite a few others have been converted into casas rurales (country inns) and sidrerías (producers of tart, fermented Basque cider), whose annual cidermaking season comes to a peak between February and April. 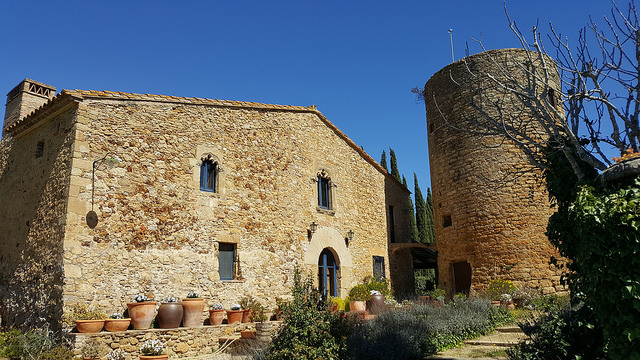 The Catalan version of the red-tile-roofed stone or cement farmhouse brings echoes of the long-ago Roman villas that inspired them. Like the Basque caseríos, masías generally have two storeys – the ground floor for storage/livestock and the upper level for the farm families. And similarly, those not still devoted to agriculture have been turned into family homes and inns. One particularly interesting repurposing can be found at La Masía in Can Planes, in a valley just west of Barcelona‘s Tibidabo hill. Dating back to the early 14th century, since 2002 it’s been home to a dynamic youth football academy run by the Barça club.

These palatial country manor houses – usually surrounded by elaborate gardens and outbuildings, and located in the countryside or in/near rural towns – have for centuries been bastions of aristocracy, thick-walled to keep out the chill and rain common in Galicia.  A number of them survive in quite good condition, and several I’d recommend visiting (guided tours are offered) are the Pazo de Lourizán (above) and Pazo de Oca (both in the province of Poventedra, the latter known as “Spain’s Versailles“). 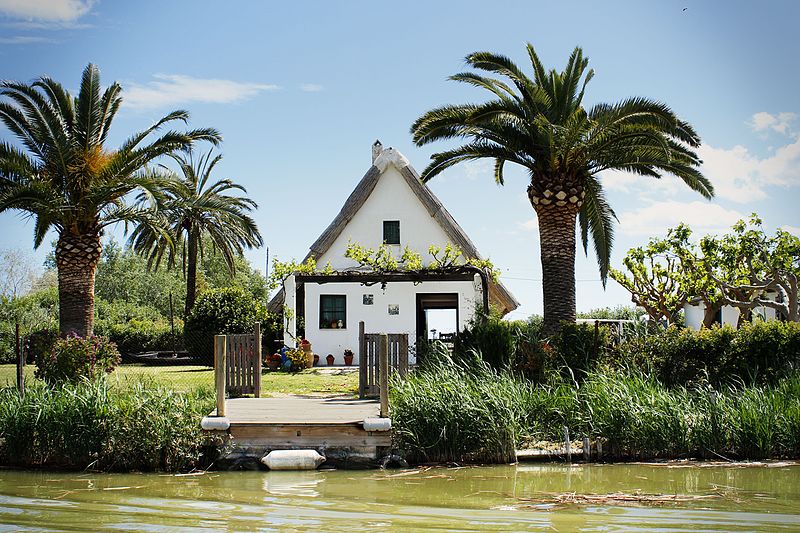 Also found in surrounding areas of Murcia, Alicante, and southern Catalonia, these modest – even humble – abodes on rivers or marshlands were built largely out of reeds, mud, and wood, with stuccoed façades, and steep roofs – crowned by a cross – designed to deflect the often heavy rainfall in these areas. Valencia’s marshy Albufera region is particularly known for its barracas – a number of which, as much as a century old, can still be spotted today.