This every two years – this year November 9-11 – visitors to Tochigi City, Japan – dubbed “Little Edo” because of its Edo period townscape and just 70 minutes north of Tokyo’s Asakusa Station on the Tobu Railway line – are in for a special treat, because this is the year of the Tochigi Autumn Festival, held since 1874.

In Tochigi, with architecture and culture shaped by maritime transport, the key draw during the festival is elaborately decorated dashi floats in motion, that “magically” appear after dark.

These dashi are enhanced by skillfully crafted karakuri ningyo – mechanical dolls operated on traditional watch technology, originally created during the Edo period. The celebratory milieu is further elevated by traditional Ohayashi festival music — with taiko drums and shakuhachi flutes, passed down from the Meiji period.

The festival began in 1874, when people paraded with dashi floats to honor Emperor Jinmu, the first emperor of Japan (660 BCE), during a ceremony held on the premises of the prefectural office. These particular floats are called edogata ningyō dashi because they were originally produced in the Edo period. Soon the entire town started to compete by showcasing dashi floats of Shizuka Gozen (12th century) during the Tenka Matsuri (Edo Sanno Festival) and other dashi floats featuring dolls produced by skillful doll makers such as Shugetsu Hara III (sample works)

About the Edogata Ningyō (Float Dolls)

The dolls used for Edogata ningyō dashi vary, but mainly feature gods and heroes that appeared in Kojiki and Nihon-shoki (Japan’s old historical records) or great figures and heroes from China. They also symbolize folk beliefs and legends. 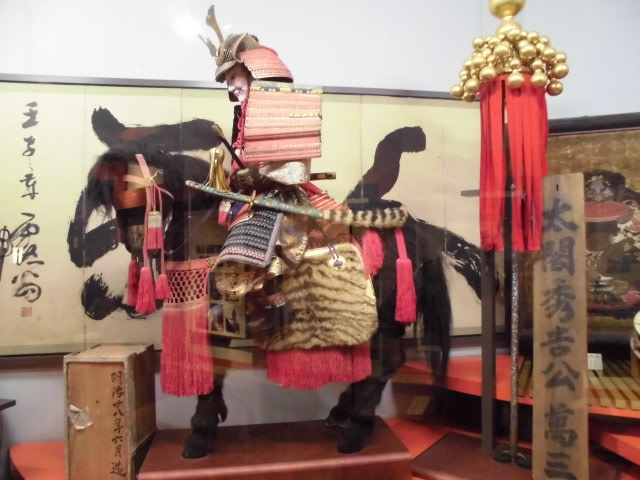 One of the festival’s highlights is buttsuke, where multiple parading dashi floats face off by playing ohayashi, festival music, initiated by the call of each leader. All carriers brandish lanterns above their heads and shout to enliven the music. It is customary for dashi floats with out-of-tune ohayashi to concede.

The invigorating calls are also unique, representing each town. If you go, join in and shout to your heart’s content! The evening parade offers a chance to view a magical world, where lantern-illuminated floats brighten the nighttime festivities. 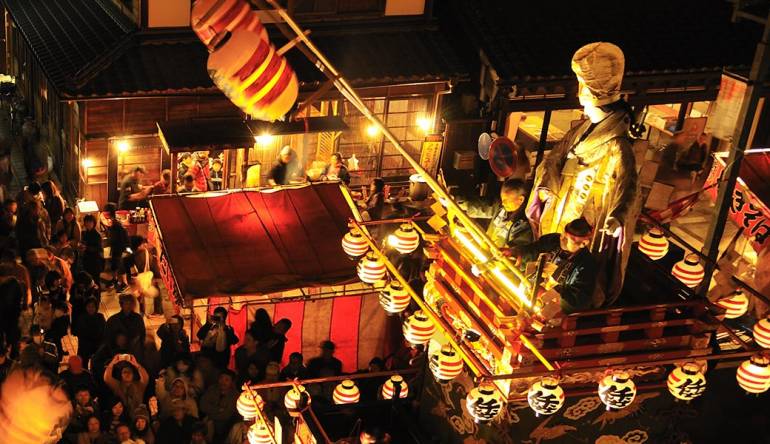 If You Miss the Festival

The Tochigi Dashi Kaikan (Tochigi Doll Float Museum, below) reconstructs scenes from the biannual festival through installations produced with digital technology and actual dashi floats. It allows visitors to immerse themselves in the festival’s spectacle and appreciate the beauty of the dashi floats even if their visit does not fall within the festival dates. Founded in 1995, the museum stores the dashi floats, which are tangible folk cultural properties designated by Tochigi Prefecture. Three dashi floats actually used in the Tochigi Autumn Festival are on permanent display and are rotated on a regular basis to allow visitors to encounter different gorgeously adorned, mobile dashi floats every time they visit.

This year Tochigi Daishi Kaikan’s high-tech festival video (below) was just updated during a two-month museum closure from January to the end of February. Now this digital introduction to the Tochigi Autumn Festival is available in several languages, enhancing the experience for foreign visitors.

Even though Tochigi City is so close to Tokyo, to fully relax and enjoy the nostalgic atmosphere, you may wish to say overnight. Kanahan Ryokan (below), located on Kuranomachi Promenade, in the center of Tochigi City, is a historic inn established in the Anei era (1764-1780), during the Edo period. 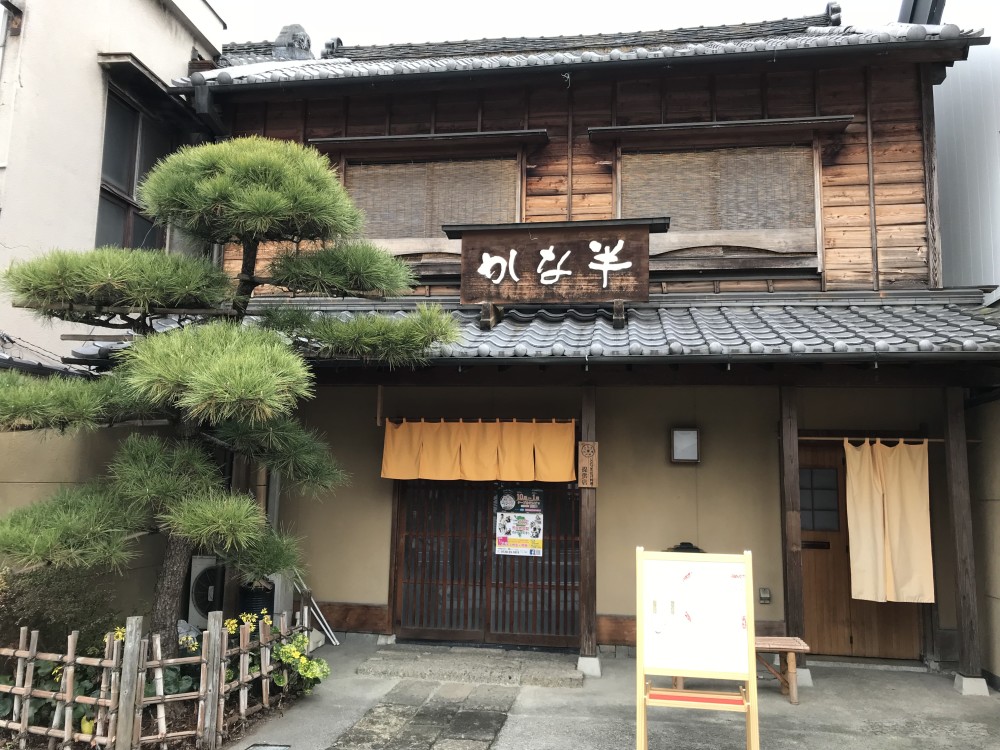 Renowned as a respite for the Kaninnomiya family — a close lineage to the Imperial family, Kanahan also welcomed famed 19th-century British author Isabella Bird. On the premises, traditional kura (storehouses) and other historic structures create an ambiance of bye-gone days.

You’ll sleep comfortably on futons set atop springy tatami mat flooring and peer out at the city when you slide open your fusuma screens.

Your meals, including Edo Gozen (an Edo-style set menu), are prepared with local Tochigi produce and ingredients used in the Edo period but presented in a modern style.

Special dietary requests should be noted at the time of reservation; so meals can be served according to your preference. Guest can also stay overnight without meals.This is a historic and classy inn, but it is also a place where you can visit casually. The okami or landlady/proprietress will personally greet you with a welcoming smile.

For more information on the Tochigi Autumn Festival, check out the Tochigi City Tourist Association’s website.