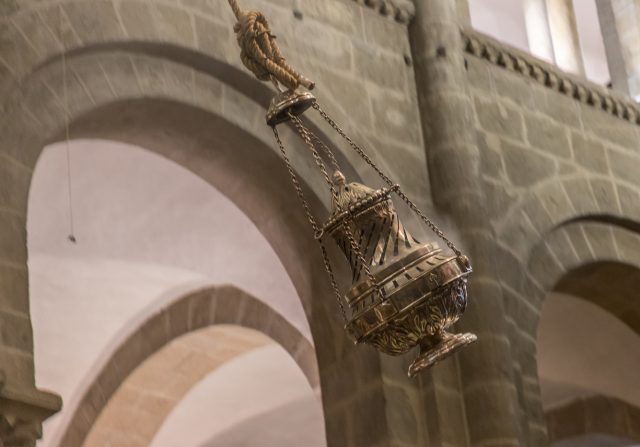 The westernmost corner of green northern Spain is awash in natural beauty; fascinating local history, architecture, and culture; and fantastic eating (many of its dishes now appreciated all over our country and well beyond). It’s largely a bucolic, rural land, but its cities are also gold mines for visitors. Here are a couple of dozens of the top sites in five of them: A UNESCO World Heritage Site that’s an icon of this vibrant port city, this 2nd-century giant stands 55 metres (180 feet) tall; you can take a tram out, then climb 242 steps up to the observation level for some spectacular views.

Ground zero of Coruña’s historic quarter, a majestic open plaza which celebrates a local heroine who in the 16th century confronted invading English troops with a shout of “whoever has honour, follow me!” A perfect spot, too, for an apéritif or coffee in a sidewalk café whilst people watching and admiring the Modernist fin-de-siècle city hall.

Coruña is essentially an oceanward-looking port city, and this its sweeping front door: 14 kilometres (8½ miles) of broad promenade lined with distinctive red lampposts. On one side is the conch-shell-shape beach and on the other, buildings dramatically lined with galleries of floor upon floor of windows that’s been described as “one of the the largest glazed sites in the world” – a striking sight indeed, and one of the symbols of the city. 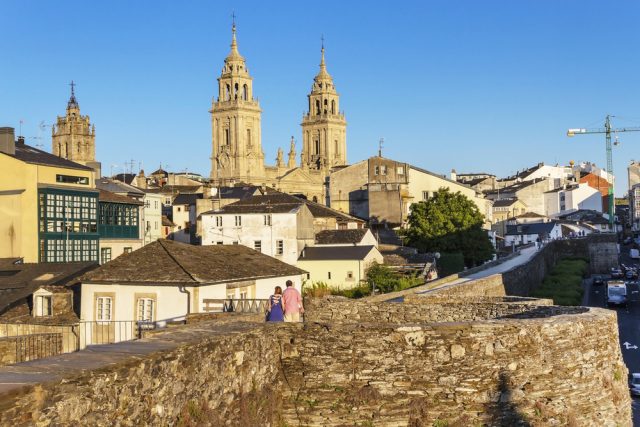 Dating back to the ancient Celts, Galicia’s fourth largest city is especially known for a mediaeval quarter that’s the world’s only remaining city totally encircled by ancient walls. A real blast from the past, but also sporting a lively contemporary vibe.

Lugo’s main claim to fame, built in the 3rd century, stretches more than two kilometres (1¼ miles) around the old quarter, punctuated by 85 towers and ten gates, and standing eight to 12 metres (26-39 feet) high and just over four metres (13 ft.) wide, with a walkway along the top and a visitor centre explaining chapter and verse about their construction and history. Unsurprisingly, these imposing rmaparts are a UNESCO World Heritage Site.

Aka the Plaza Mayor, the anchor of the Old Town as in most Spanish cities, this largely Baroque square is ringed by some of Lugo’s most distinguished historic buildings, such as the 18th-century city hall and the late-19th-century Torre del Reloj (Clock Tower); the early-12th-century cathedral is located on nearby Praza Santa María. Have a stroll, thenenjoy a bite and/or a drink at its many cafés and restaurants.

One of Spain’s great undersung zoos lies in a bucolic riverside setting a short drive away from the city centre. Largely cageless, it harbours some dozens of types of animals from local (Iberian wolves) to exotic (Australian wallabies) – and all rescues or transfers from other zoos rather than captured in the wild.

Down in Galicia’s inland south, the region’s third largest city dates back to ancient Roman Hispania, with a lovely Old Town, and is especially known for its thermal springs:

With one of Europe’s greatest reserves of geothermally heated water – an attribute which drew the Romans millennia ago – visitors can still luxuriate (for free!) in this open-air pool – 200 sq. metres (2,153 sq. feet) with varying temperatures up to 60° Celsius (140° Fahrenheit), right in the centre of Ourense. Afterwards, enjoy a steam sauna and visit the remains of the ancient Roman bath house.

Completed in 1230, Ourense Cathedral is a handsome Gothic edifice whose crowning gloria is its Pórtico del Paraíso, consisting of three arches, slender columns, and a fantastic array of evocative polychrome figures, all created by acolytes of Master Mateo, author of the more reknown Portal of Glory in the cathedral of Santiago de Compostela (below). 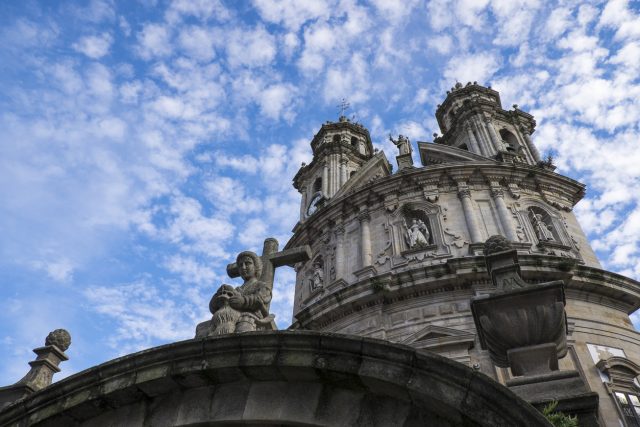 On a ría (estuary) in the Rías Baixas region along the southern coast, Pontevedra is not only second in Galicia after Santiago de Compostela (below) in terms of history and heritage (dating, again, back to Roman times), but is also celebrated in Spain (and indeed, the world over) for completely banning cars in its historic centre for 19 years now.

The three squares that anchor Pontevedra’s old town are all charming and full of life. The Praza da Ferraria (also known by its Spanish name Plaza de la Herreria), the Praza da Leña, and the Praza da Verdura are ringed by typical Galician architecture and landmarks, as well as cafés and restaurants to watch locals come and go.

Other sites worth noting in the Pontevedra Old Town is the atmospheric remains of the Gothic Santo Domingo Monastery, built from the late 14th into the 15th century; the handsome, stucco-and stone (and much newer, 1877-1880) city hall, the Casa Consistorial, in the Plaza de España; and the late-Baroque/neoclassical, late-18th-century Capela da Peregrina (above), distinctively round in shape. 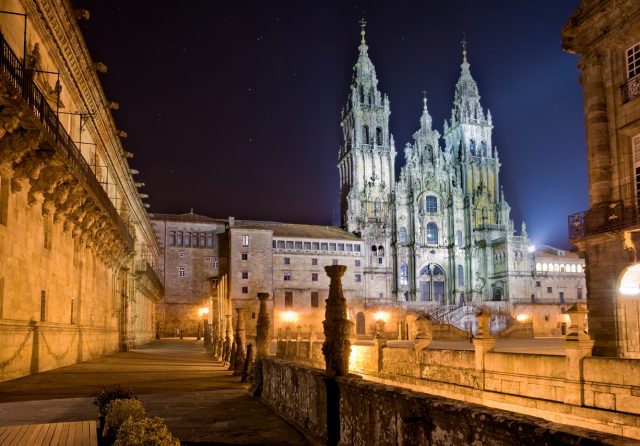 Galicia’s splendid capital is also one of Spain’s most distinguished cities, built on the tradition that it’s the final resting place of Jesus Christ‘s disciple St. James the Great. Endpoint of perhaps the world’s most reknowned pilgrimage routes, the Way of St. James, it’s a handsome mediaeval/Renaissance gem, indeed.

This area is of course the city’s heart and soul, a compact symphony in stone anchored by the majestic Praza do Obradoiro, flanked by the soaring, ornate, largely Romanesque cathedral and the Hostal dos Reis Católicos, built in the 1480s to care for religious pilgrims and home to the world’s oldest continually operating hotel.

In a city full of delightful parks, La Alameda is the most iconic and central, right alongside the old quarter, This gracious enclave dates back to the 16th century, wooded with oaks (Galicia’s most typical tree), horse chestnuts, and eucalyptus. Walkways (originally segregated according to social class!) lead past a variety of statuary (including The Two Marias, commemorating a pair of unconventional sisters and local characters), fountains, duck ponds, ceramics-adorned granite benches, and a bandstand. There’s also a 17th-century chapel, Santa Susana, and an 18th-century church, O Pilar. Truly magical.

Also in the Old Town, this city’s second most visited site after the cathedral is a lively, colourful, and highly Instagrammable collection of vendors of food and Galician crafts tucked amid arcades and interesting statuary, with plenty of funky little eating a drinking venues.

Near the border with Portugal and like Pontevedra located on one of the rías (fjord-like estuaries) of the coastal Rías Baixas region, this gritty fishing and shipping port with a population around 293,000 is Galicia’s most populous metro area and known as an economic powerhouse. But it also harbours a charming old town and great street life, and serves as a gateway to several spectacular Atlantic beaches – especially the nearby Cíes Islands (reachable via ferry) with their dunes, cliffs, and amazing sands.

The bustling urban plaza which links the older and newer halves of the city is marked by the dramatic raised statue of a merman (above), built in 1991, which has become one of the city’s icons. Radiating out from here are the expansive avenues such as Rúa Policarpo Sanz, lined with grandiose buildings including a quite a few Modernista (Art Nouveau) landmarks such as the Casa de Correos y Telégrafos (Post Office and Telegraph Building) on Praza de Compostela.

Up in this park on a forested hill, you’ll find remnants of the Bronze-Age castros (fortified settlements) dating back as far as 6th century BCE; a pair of historic castles (the 17th-century Castillo de la Torre and the ruins of the 10th-century Castillo O Penso); and breathtaking views over the city and its estuary.

Opened in 1981, this 1,604-m (5,262-ft.) bridge spanning Vigo’s ría is an impressive bit of business that reminds many of San Francisco’s Golden Gate Bridge. From here, too, you can get some great views of the city and estuary, as well as out to the Cíes Islands.