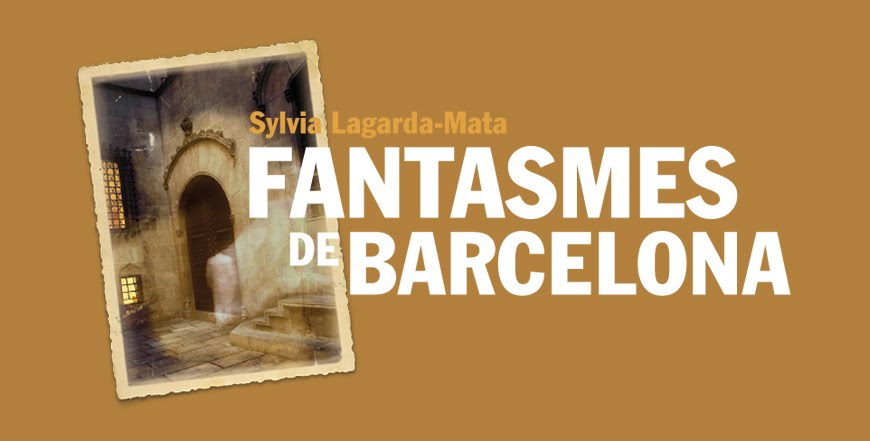 Dank chill, drizzle, and streetlamps shrouded in fog are bad weather? A bad time for touring? Depends! In fact, they were just perfect for a nocturnal outing I had in Barcelona this past winter that was hair raising – in a good way. And what better day than Halloween to tell you about it?

Like most ancient cities, Catalonia’s capital is chock-full full of history, legends – and ghosts. And if that kind of thing gets your ecoplasm going, the city’s tourism office runs a creepy little stroll that might be right up your dark alley.

Conducted from 10:30 pm to midnight on Fridays during winter and Fridays/Saturdays the rest of the year, “Fantasmes de Barcelona” is based on an eponymous book by Catalan author Sylvia Lagarda Mata, who collected stories about ghosts, murders, legends, and mysteries of the city, especially during the Middle Ages. 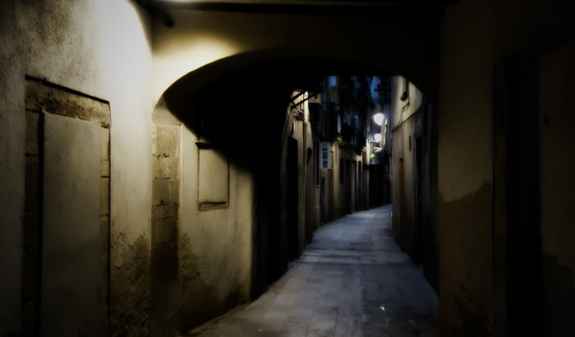 Our little group, bundled up and wearing sensible shoes, gathered under the late-19th-century Arc de Triomf, and off we went, wandering deep into the shadowy, creepy alleys and byways of the Born, Ripoll, and Ciutat Vella to our final destination at Santa Maria del Mar Basilica.

Along the way, our entertaining guide Carme’s stories turned from weird to gruesome, sending delicious shivers down all of our spines (in addition to those induced by the clammy nighttime cold). According to her, the spirits of exorcists, murdered maids, and apprentices roam the streets of the Born and their wailing can be heard on nights with a full moon.

One example came on our first stop in the Port Nou waterfront district: a house which once belonged to a farmer known for growing the best onions in town (in mediaeval times, this area outside the old city walls was largely farmland). Our farmer was so proud of them, he counted them every day. One day, he noticed that onions were missing and discovered that the Devil had stolen them. He cursed the Devil, and for his effrontery was turned into a ghost who was hunting for his treasures in eternity, pockets bulging with onions, and trailing the smell behind him forever.

Old Nick does feature a fair bit in these stories. For example, Santa Catarina Market is a lively produce market by day, remarkable for its recently added, undulating, multicolour roof. But at night the underlying ruins of the onetime Santa Catarina Convent are illuminated. The legend goes that one night a stranger entered the church and asked the priest who was about to shut things up for the night to urgently hear his confession. The priest told him to come back the next day and the stranger, no other than Satan, set fire to the convent, which was never rebuilt (why the Prince of Darkness would want to confess to a priest was never made clear). 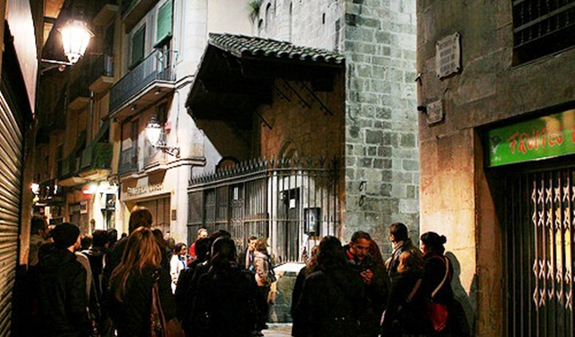 At one point we came stopped at the entrance to a narrow, particularly mean looking narrow alleyway barely lit by a single lightbulb. “Do people actually live here?” one of us asked incredulously. “Oh yes,” Carme replied. “They have since the Middle Ages, and that’s where our next story happened. You are facing Barcelona’s narrowest street, the Carrer de les Mosques (Street of the Flies) . At the time, people had the bad habit of throwing their water and waste just out the windows. You can imagine the smell and the number of mosquitoes which just thrived on it. One night, a maid fell out of a third floor window. To everyone’s surprise she didn’t suffer even a scratch. Legend has it that the mosquitoes formed a dense cloud on which she safely glided to the ground.” That story caused a few chuckles at the thought of those pesky little bloodsuckers as life savers.

More twists and turns, and then Carme stopped in front of a wall with an inlaid arch. “Look closely,” she said. “You’ll see faces in the stones.” With a bit imagination you could see the outlines of noses, eyes and mouths. “We are standing in front of the Hostal Flor de Lliri, in the Middle Ages the city’s best and most famous hostel, much in demand and always booked. A merchant had walked all the way from Zaragoza, and dead tired, got lost trying to find the hostal. Out of the blue, a beautiful lady materialised, taking him by the hand and leading him to the door. Before she disappeared she whispered ‘don’t sleep in the bed’. Happy to get the last available room, the traveller looked around but couldn’t see anything wrong. However, tired as he was, he heeded the advice of the mystery lady and slept on the floor alongside the bed. He was woken by desperate screams. As it turned out, the landlord was a vicious murderer who had fixed ropes to the legs of the bed connected to a pulley outside which turned the bed into a trap, folding up on the unsuspecting guests and suffocating them so he could calmly rob them. Legend has it, that the faces in the stones are those of his many victims. “I guess, I’ll look closely at my hotel bed tonight”, another group member commented wryly.

After several more stops and follicle-raising anecdotes, the tour ended at the 14th-century basilica of Santa Maria del Mar, a wonderful example of Catalan Gothic and the scene of a long story involving a young nun, a secret lover and a miraculous rising from the dead by night. As Carme explained, this event led to the practice of attaching a wire connected to a bell in the graveyard to the fingers of recently buried bodies, so they could raise the alarm if they were still alive.

On the dot of midnight, with church bells tolling all around, Fantasmes de Barcelona came to an end. The appeal of this 12-euro tour is not only the fascinating frissons from the past but also to see well known buildings like the market and basilica in a new light. Happy Halloween!