Fans of fall foliage and Asia are in for a real treat in October, as the forests and mountains of Japan become blanketed in vivid crimson. It’s also the perfect time to experience traditional Japanese culture with its equally vivid mid-autumn festivals. One especially evocative place to experience all this is the pleasant city of Izumo (pop. 172,000), on the bucolic coast of Honshu island, an overnight train ride or 90-minute flight from Tokyo.

Most of Izumo is of course quite modern, but with a pedigree stretching back into prehistoric times, as with many other Japanese cities picturesque echoes of its past can still be glimpsed in its historic centre. The crowning glory here is the Izumo Taisha temple complex (top), a pilgrimage destination considered this country’s oldest Shinto site and already in existence by the early 7th century.  Housing the spirit of Ōkuninushi, the kami (deity) who tradition says created the lands of Japan, this 18-building complex boasts a giant torii gate (Japan’s largest, featuring a nine-metre/three-tonne straw rope, below), tsukiji-pine-lined avenues, grand prayer halls, and a fascinating museum containing household articles, jewelry, musical instruments, paintings, swords, even a small boat. 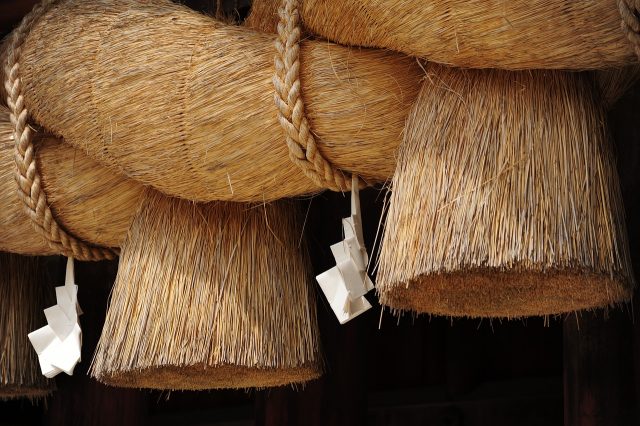 For culture vultures, there are also a number of institutions of interest, including a pair of particularly compelling museums. The Izumo Cultural Heritage Museum is housed in the ancestral compound of the feudal lords of Izumo, and presents displays (though labeled in Japanese only) reflecting the life and times of the region through the ages. The Shimane Museum of Ancient Izumo, meanwhile, is a more modern affair, built in 2007, which has its own cool collection of weapons and other artifacts reaching back into the Bronze Age, along with exhibits on the history and culture of Shimane, the local prefecture. Then there’s the cultural centre Kanbe-no-Sato, focussing on the region’s myths, legends, and handicrafts such as wickerwork, textiles, ceramics, and washi temari (lovely decorative paper balls; local artisans are on hand to demonstrate, and visitors can even try their own hands at making some). Furthermore, the centre is nestled in the atmospheric Shizen-no-Mori forest, lovely for strolling and biking (and again, especially spectacular in its autumn colours!). 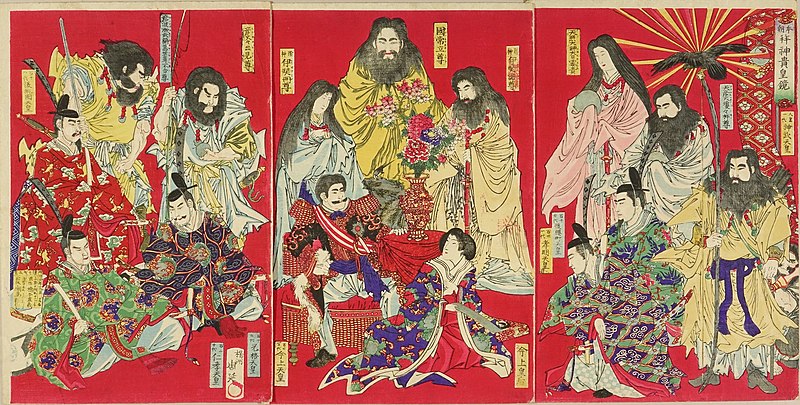 And it’s also during this week in October that the Izumo Taisha becomes a focal point for many tradition-minded Japanese thanks to the Kamiari-sai, a festival commemorating the Shinto belief that the country’s eight million or so kami assemble here to discuss people’s relationships and future in the coming year.  The central event of the welcoming festival is a long parade of the faithful and priests in cream-coloured tunics to the various halls. It’s a solemn and impressive experience indeed.

(And by the way, all visitors to this part of western Honshu should sample the local delicacy, Izumo soba, buckwheat noodles in a warm soup, served with nori seaweed, shredded radish, and green onion, and often accompanied by matcha powdered green tea.)