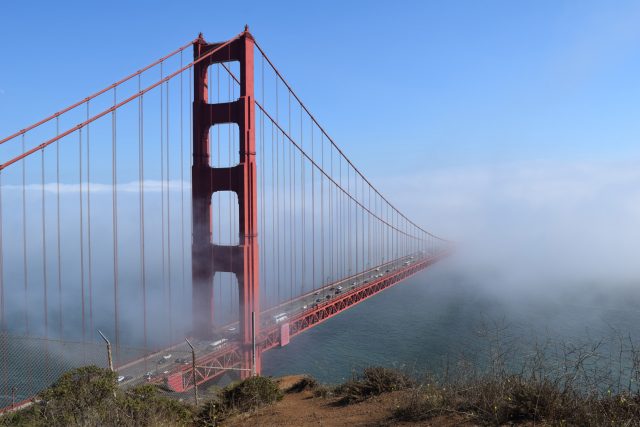 California’s City by the Bay is certainly one of a kind in the United States, with its iconic Golden Gate Bridge; old-timey street cars; hilly streets lined with Victorian houses; and vibrant Chinatown. And as the destination for Iberia‘s newest direct route, it’s a place we’re especially besotted with these days.

Founded by Spaniards in 1776 (the same year as the USA‘s Declaration of Independence from Britain!), San Francisco has famously seen loads of colourful – and often tumultous – history, including more than its share of the quirky, “did-you-know?” variety. Here are seven that come to mind:

The Golden Gate Bridge Was Almost Painted in Stripes

Hard to imagine this majestic bridge as anything other than orangish red, right? Well, during its construction in 1933-37, the most likely original option for its paint job was black and yellow stripes! That’s what the U.S. Navy wanted, to make the bridge as visible as possible for ships navigating the bay during San Fran‘s notoriously dense fogs. The current reddish hue (actually, it’s called “International Orange“) was actually the primer coat, with the stripes to come afterward, but architect Irving Morrow liked how it looked, and so that was that. And by the way, flying into/out of SFO (depending on weather conditions and the landing/takeoff route) you can certainly see the Golden Gate pops a-plenty!

The San Francisco 49ers Team Is Closely Linked to Gold

No, not because of its profitability (the ninth highest in the USA, at 3 billion USD), but dating back to the legendary California Gold Rush that launched in 1848-49. Thousands of fortune-seekers flooded into this then small town, forcing pell-mell growth with frenetic construction of housing, roads, schools, and churches. They were dubbed 49ers, and when the city’s first American football team was founded in 1946, they took their name, the San Francisco 49ers, from the doughty pioneers who so changed the character of this place way back when. 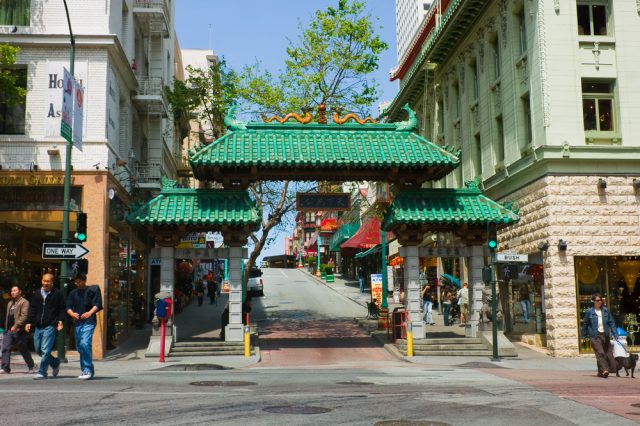 San Francisco Boasts the Largest Concentration of Chinese Outside Asia

Centred on Grant Avenue and Stockton Street, North America‘s oldest Chinatown is also this city’s most densely populated neighbourhood, with more than 100,000 residents. The first Chinese immigrants also arrived during the Gold Rush years of the late 1840s and early 1850s, and successive waves of immigrants – not just from China but all over Asia – have kept it vibrant, authentic, and one of the city’s top tourist magnets. With all the Chinese-inflected architecture, along with writing on storefronts and even street signs, you could just feel you’re in Shanghai or Beijing!

Speaking of things supposedly “Chinese”, the ubiquitous fortune cookie was first introduced to the city in the late 1890s/early 1900s by Makoto Hagiwara at his family’s Japanese Tea Garden (still open!) in Golden Gate Park, likely based on the tsujiura senbei traditional in Japan. On a darker note, the local Chinese then seized control of the fortune cookie after many of Japanese were shamefully interned by the Federal authorities during World War II, and that identity has persisted to this day. And needless to say, they don’t exist in China itself!

Many Waterfront Buildings Are Built on Onetime Docks

During the Gold Rush days, the main way (besides horse and wagon) to get to San Francisco was by ship. But several decades on, hundreds of docks built to service had fallen into disuse, and beginning in the 1870s they were torn down and replaced by new buildings – many of which were built with wood salvaged from abandoned sailing ships. 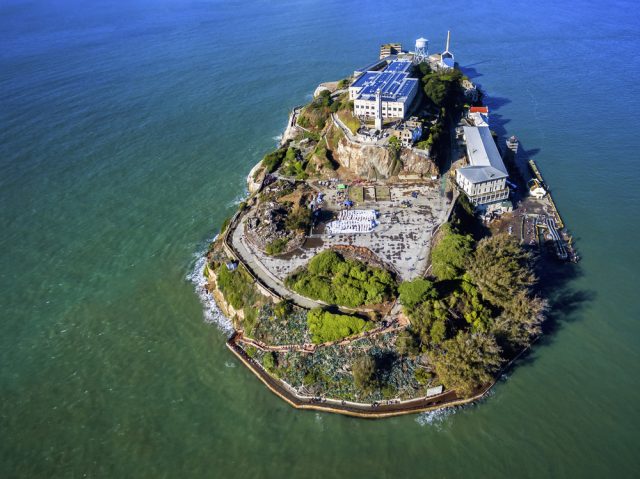 Well, sort of. Beginning with a military garrison in the mid-19th century, this infamous island hosted a military prison during the Civil War, then perhaps the most notorious Federal penitentiary of all from 1934 to 1963. Way out in the bay, the idea was that the frigid waters and treacherous currents would doom any attempts at escape – and various attempts over the decades seemed to bear this out. But since the early 1980s, an Escape from Alcatraz triathlon has been held in early June (on the 9th in 2019), including a 2.4-kilometre (1½-mile) swim from the island, followed by a 29-km (18-mi.) bike ride out the Great Highway, through the Golden Gate Park, and finishing up with a 13-km (8-mi.) run through the Golden Gate National Recreation Area. Grueling, yes – but certainly survivable!

The Bear on the California State Flag Lived in San Francisco

Now nearly extinct in California thanks to human encroachment, grizzly bears were once common in the wilds of the state. The last one captured was 129 years ago; dubbed “Monarch”, it lived more than 20 years at the San Francisco Zoo and served as the model for the grizzly on the current state flag.

There are a lot more fun facts – and experience – where these came from. So come book an Iberia flight to the Bay Area for the time of your life!